Man’s Best Friend is one of my guilty pleasures. It’s one of the many high concept direct-to-video horror releases I watched in the 90s. The premise is simple: while doing an item on vivisection an ambitious reporter frees a Tibetan Mastiff from a lab. She is immediately infatuated with the dog, especially after he brings back her purse stolen by a robber. So naturally she decides to take the dog home. Unbeknownst to her, the dog is actually the subject of a genetic experiment giving him several abilities taken from other species. It also makes him rather mentally unstable and a danger to anyone crossing his paths.

Max immediately takes a liking to his savior Lori (Ally Sheedy) and becomes jealous of everybody who tries to come between them. That jealousy is mostly directed at Lori’s boyfriend, who becomes the target of sabotage to his car by Max.

Trying to recover his stolen experiment is Dr. Jarret. He is played by Lance Henriksen in a typical Lance Henriksen performance; zany and over the top. Henriksen is an actor who will not only appear in everything that is offered to him, but also makes everything he’s in better.

Man’s Best Friend set-up is simple. Lori is totally oblivious to the danger Max poses as people (and cats) around her get picked off one by one. Meanwhile Jarret enlists the aid of two cops who really have no interest in playing pet-detective and are more interested in an employee of Jarret who has been reported missing ever since the opening scene of the movie. Jarret should have just gone to Ace Ventura instead. 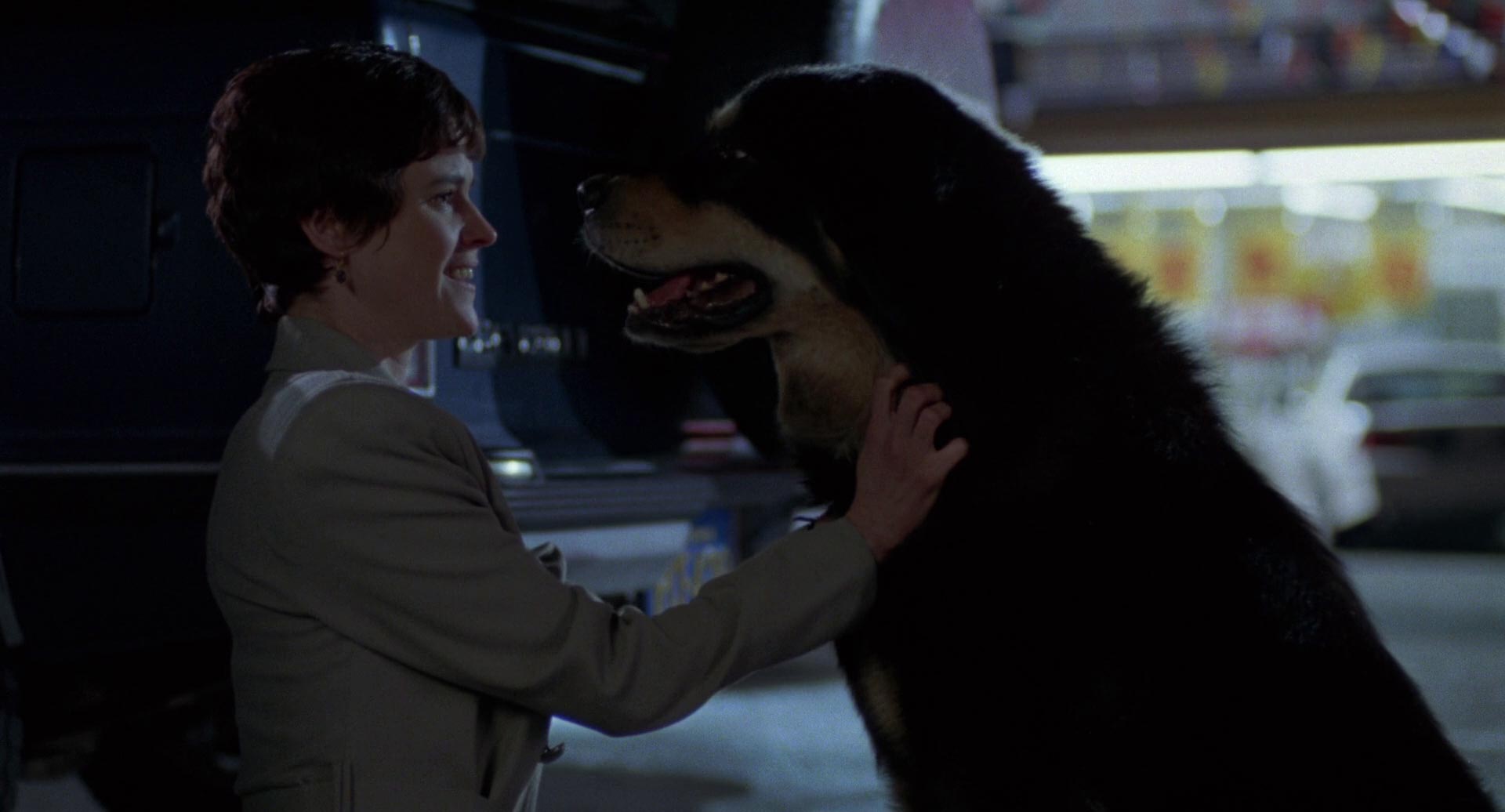 The movie never pretends to be more than it promises. There’s no deeper underlying message other than “experimenting on animals is bad”. It’s basically a slasher movie/creature feature mash-up featuring a souped-up dog. In the early Steven Seagal movies there was always one character delivering a line describing how bad-ass Seagal’s character is. Max gets the same treatment from Jarret who describes him als the ultimate guard dog. That is until certain drugs wear off and Max goes psychotic.

As with most horror movies, the villain is the actual star of the show. While Henriksen’s character could also fit that moniker, I’m talking about Max the dog. While it is a safe bet to say multiple dogs were used, the acting of these dogs is top notch. Together with some good practical effects Max is one of the most convincing killer dogs seen on screen. Too bad some early clunky CGI during the final act breaks the illusion, but these are only one or two shots.

Man’s Best Friend came at a time Sheedy’s relevance was already fading away and Henriksen was really cementing himself as the go-to guy for B-movies. You don’t get almost 300 IMDB acting credits for being picky. This adds to the B-movie feel of Man’s Best Friend and its pretty obvious New Line Cinema was gunning for a new franchise as they were still looking for something to replace A Nightmare On Elm Street.

Despite max raping the neighbors’ Border Collie and ending the movie on a shot of max’s offspring a sequel never materialized. And maybe that’s a good thing as Man’s Best Friend is now one of those many 90s original horror classics that still deserves some love 30 years after its original release.