Few people will call the original Kickboxer a good movie. It was a low budget action movie capitalizing on the surprise success of Bloodsport and could best be described as an adult version of the Karate Kid: a young Caucasian man is trained by an elder Asian man using unorthodox training methods in order to take on the movie’s nemesis during a fight in the ring. Throw in some female nudity here and there, a couple of bloody fights and a rape and you have got yourself a typical 80’s tournament movie. And yet, Kickboxer became somewhat of a classic in its genre. This can be attributed mostly to its lead, Jean-Claude van Damme, as this was one of his earliest movies and one that helped to build his career. At the time it was released kickboxing was a relatively unknown sport, but it turned out to be a great subject for a movie, especially since it allowed Van Damme to display his abilities. Sadly, they hardly make movies like that any more, but after 17 years someone decided it was time for a remake: Kickboxer: Vengeance.

On paper this remake actually looks good. The lead role of Kurt Sloane is played by a newcomer who previously did a lot of stunt work in a couple of big movies: Alain Moussi. He is surrounded by a couple of familiar names: Dave Bautista, Gina Carano and the original Kurt Sloane: Jean-Claude van Damme. So naturally I got a little bit excited. Even the trailer looked good and the studio behind this movie has such a great confidence in this movie that a sequel is already being shot before this movie was even out yet. How could this possible fail? This must be one great movie!

As you can read, they upped the ante by killing Kurt’s brother which is all the more reason for his revenge. In the original they make Tong Po a villain character who is just there for the fights and during the final act, rapes the love-interest of Kurt in order to make him lose his focus during the final match. In Kickboxer: Vengeance he is some sort of sensei as he lives in remotely located ruins where he’s surround by fighters who are training there. In the beginning Kurt tries to infiltrate and kill Tong Po in his sleep with a gun, which Tong Po sensed as he was waiting for him to sneak into the room. What does Tong Po do? Kill him would be the obvious answer, but he just sends Kurt away. Later on when Kurt has been trained by Van Damme’s Master Durand he returns to Tong Po’s lair to challenge him to a fight which he accepts after seeing Kurt take out multiple fighters. But he only wants to fight in the ring, and when the fight is finally happening it’s mentioned multiple time that the rules are a lot like Thunderdome: Two men enter, one man leaves. There’s no misconception whatsoever. Tong Po might be a villain, but he’s quite a shitty villain since he’s practically a good guy. This Tong Po does not come up to Kurt claiming that Mei Li was a “good fuck” after raping her.

Gina Carano is also supposed to be a villain as she organizes these fights, but her role is pretty small and doesn’t involve her fighting. Why cast an ex-MMA fighter if she doesn’t have any fight scenes? At least give her something to do.

Then there’s the acting-atrocity named George St-Pierre. I don’t know what this guy was doing, but his line delivery was terrible. Every second he was on screen he was unconvincing and annoying. The only watchable scene with him is when he goes one on one with Van Damme, which is one of the few highlights of the movie. George St-Pierre comes of as Forrest Gump on steroids.
Another highlight of this movie was Van Damme himself. His role as a mentor was a welcome one and better than in previous movies like Dragon Eyes. Strangely though, Van Damme’s voice has been replaced with someone else’s throughout the movie. His voice constantly switches from a deeper tone to his original voice. According to IMDB he’s filming the next Kickboxer right now, but he wasn’t available to record some lines? Have him re-record it and re-release this movie. It will make this movie at least a little bit better.

The only moments Kickboxer: Vengeance is actually entertaining and mildly funny is during the training sequences. Like the original movie and the Karate Kid, several unorthodox training methods are used like bicycling underwater or splitting coconuts with your elbows. Outside of those moments it’s a movie that is actually sometimes even confusing. It took me a while to realize that Kurt’s girlfriend is also the cop trying to break up the organization responsible for the underground fights. It’s good that they try to make her more than just a girl who has to cheer for her man in the ring during the finale, but it hardly made any sense and was one of the many mistakes this movie made. It never needed that subplot, so why include it?

One of the mere mesmerizing aspects of the movie is its use of whitewashing. Whitewashing is a casting practice in the film industry of the United States in which white actors are cast in historically non-white character roles. Here is an informative and entertaining video about whitewashing featured on Last Week Tonight with John Oliver:

For a movie taking place in Thailand it’s quite surprising the entire main cast is white. Tong Po is now played by a white actor even though he’s supposed to be Asian. The mentor role has gone from an old Asian guy to a middle aged white guy. Even though the movie takes place in Thailand, a lot of the fighters on Tong Po’s compound are white. Only the female love interest played by model Sara Malakul Lane is actually from Thailand but she doesn’t look typically Asian: 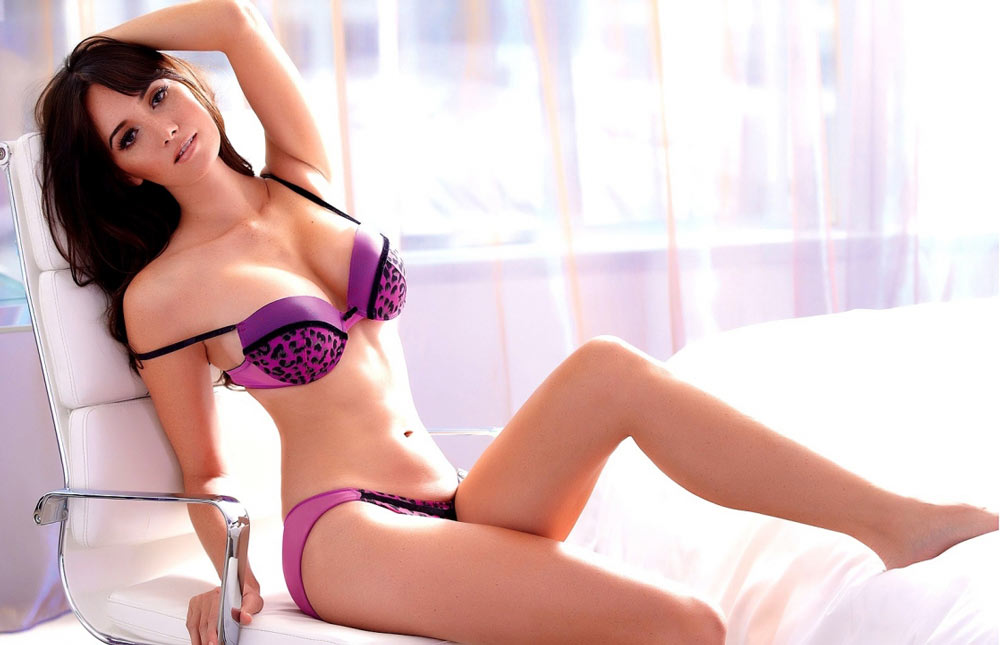 She is really hot though.

So that’s Kickboxer: Vengeance for you. A movie that I was really psyched to see, but it turned out to but be a huge disappointment. Aside from the scenes with Van Damme and Sara Malakul Lane there is one moment Kickboxer: Vengeance redeemed itself and that was during the end credits which are accompanied by Alain Moussi mimicking Van Damme’s drunken dance from the original movie. They actually put those two scenes side by side which finally gives this movie the more lighthearted tone it so desperately needed the previous 90 minutes.