Megan Fox has been featured so much in the media it’s hard to imagine this is her first starring role. She had parts in movies like How to Lose Friends & Alienate People and both Transformers movies but this is the first film she gets top billing and basically revolves around her. And it’s a horror movie, the teen kind, which makes her career even more intriguing as she first shows her face in a couple of blockbuster movies and then stars in a horror movie. Most of the time starring in horror movies are a first step on the ladder for a lot of careers, for Megan it’s a step down I guess. Well not completely, as this movie was written by an Academy Award winner (Diablo Cody) and revolves around Megan Fox being seductive, which is a talent she was probably born with.

Jennifer’s Body is about Megan Fox as Jennifer who is the head cheerleader and the most beautiful girl in school. She’s friends with a nerdy girl named Needy. I thought that was just a nickname until her mother even called her Needy. What kind of parent calls her child Needy? We know Needy is a nerd because she wears glasses. She also gets insulted by another student with glasses, so in the pecking order she doesn’t hold a high position, unlike Jennifer though with whom she was friends with during kindergarten. Or as they say: sandbox love lasts forever. There is a weird chemistry and disturbed balance between the two girls as Jennifer does not really need Needy and at times only seems to have her around for her to remind her she is on top of the chain or so to speak. Needy’s relationship with Jennifer is more about desire. While she does have a boyfriend she also gives a couple of those stares at Jennifer seemingly wanting more than just a simple friendship. What she actually wants isn’t clear, is she attracted to Jennifer sexually or to her status? 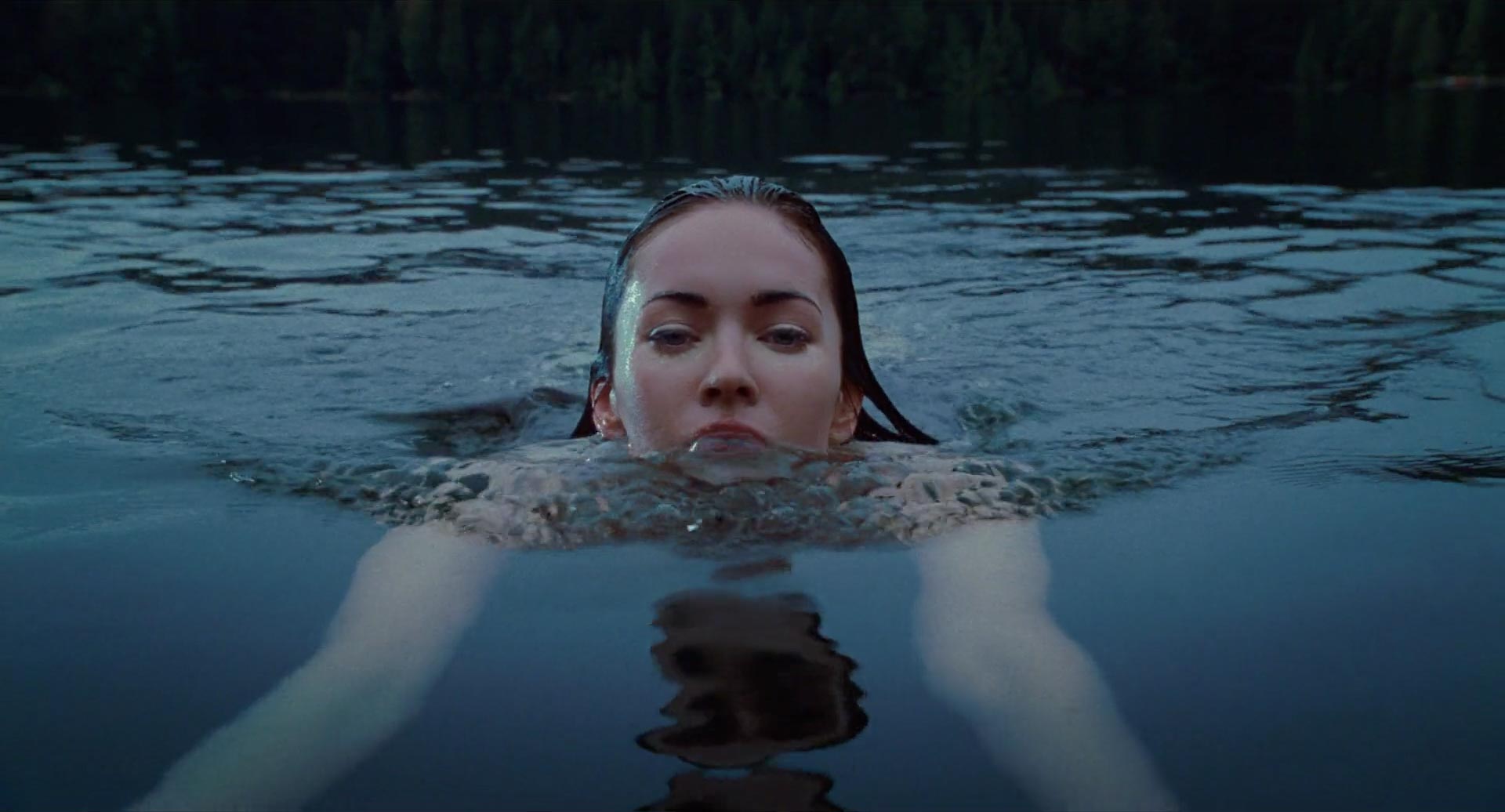 All things change the night a band hits their small town and gives a small concert in a local bar that eventually burns down. In the inferno they ask if Jennifer wants to join them as they flee the scene and as every teenager with a crush on the bandleader will do she takes the invitation. When she pops up later at night drenched in blood at Needy’s house where she vomits up some black goo the old Jennifer is not there anymore…

Jennifer now has to eat boys to maintain her looks and satisfy her appetite. So now boys who never had a chance are given an invite and they all take the bait, hook, line and sinker! For a girl like Jennifer it isn’t hard to throw off some signals to boys saying you’re interested in them and leading them to secluded areas where she can feast on them. One of these scenes actually is very educational: did you know that deer are flesh eating scavengers? I didn’t, but I do now. And who says you don’t learn anything from watching movies? 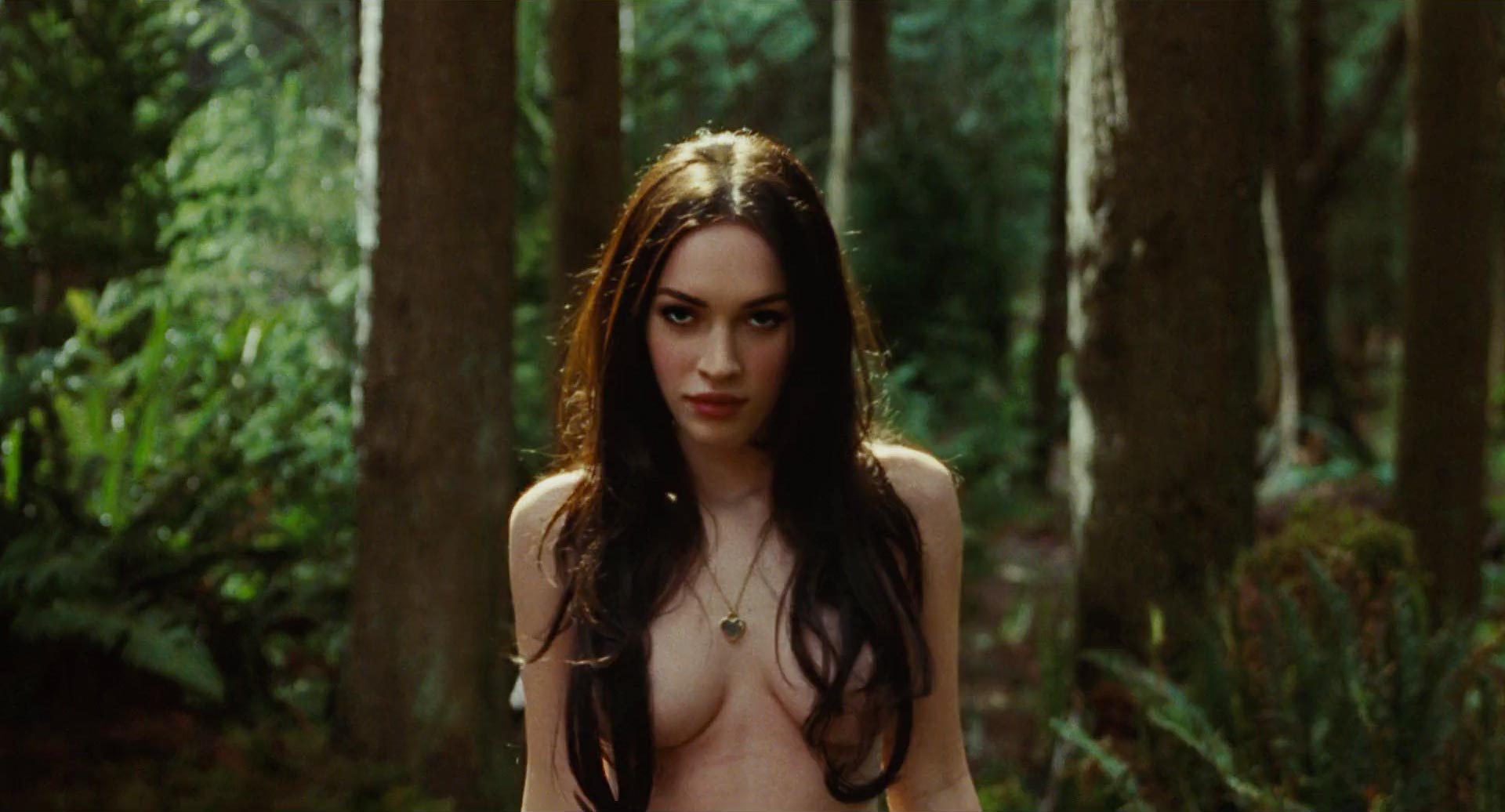 Jennifer’s Body is a well made movie that resonates some nostalgic vibe as well something fresh. It could have just as well been made in the 80s and the poster even sports a typical 80s horror look with the gimmicky hand sticking out of the desk. The whole possessed cheerleader concept also has something nostalgic to it. The movie is told in flashback by Needy who in the opening scene is in a mental institution where she thrown into solitary due to violent behavior. The flashback element and the final scenes which opens the door to a sequel give the movie some extra depth and break away from the usual final scenes in which we see the police investigating and the protagonist safe under the assumption that everything will be OK now.

The story itself is rather lighthearted despite the gore and the characters have been given some substance, most notably the relationship between Needy, Jennifer and Needy’s boyfriend Chip. I liked the fact that Needy was a confused teenager who had this strange attraction to Jennifer she didn’t know what to do with. It doesn’t hurt the movie that this eventually leads to a lesbian kissing scene which reminded me a bit of the movie Wild Things. Screen caps of this scene will probably be on the net forever.

What I did find peculiar was that it looked like the movie was shot on a fairly low budget. There are some scenes with a lot of extras but there seems to be only one teacher on this school, when there are classroom scenes it’s always his class. Outdoor scenes have a certain sense of abandonment surrounding around them; the one guy standing alone on an entire football field, the teacher completely alone in the parking lot, Chip walking up to the dance over a completely empty field, the goth kid in an abandoned neighborhood. Apart from a handful of scenes that prove otherwise there seems to be nobody in this town. 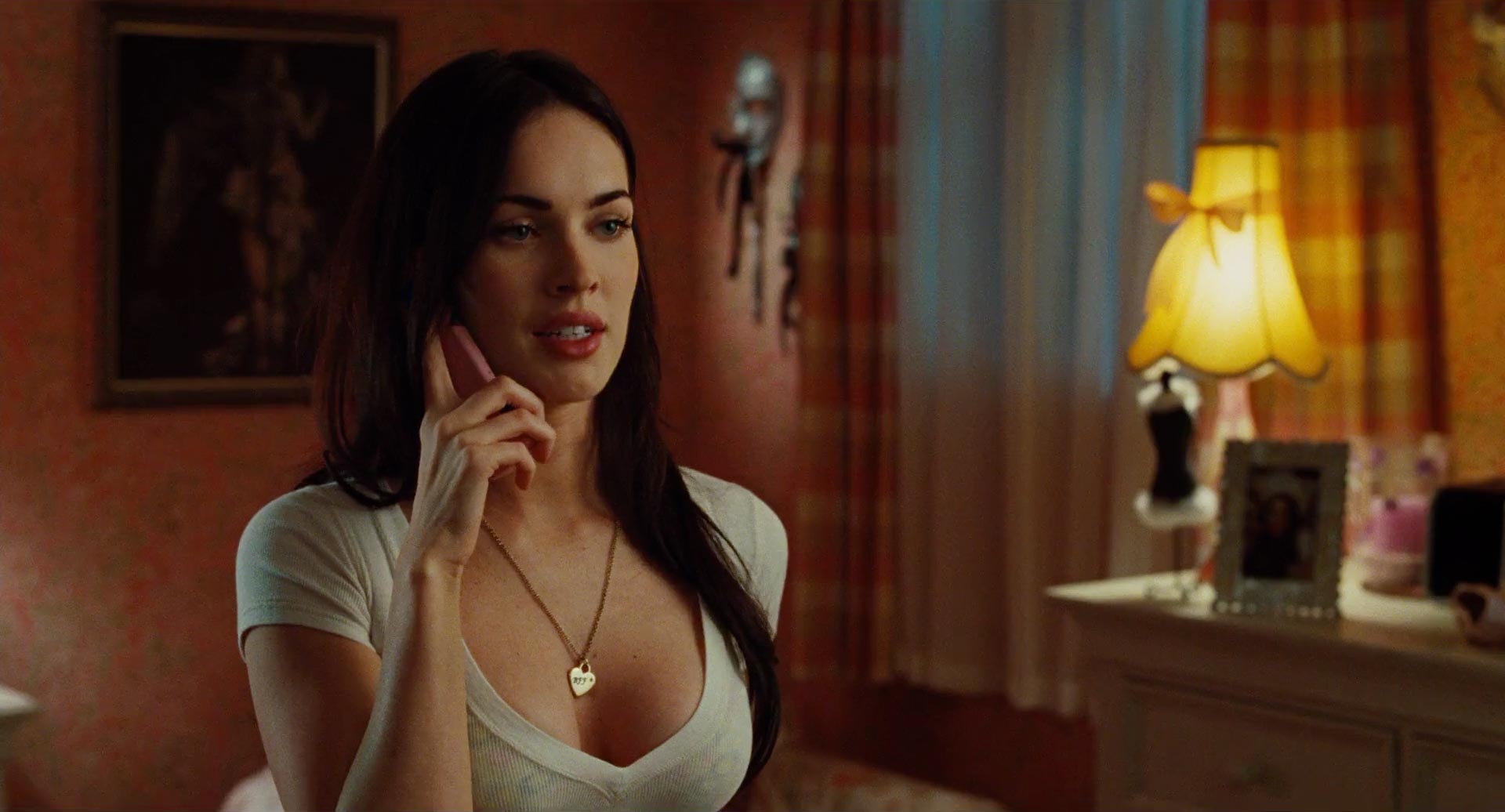 Amanda Seyfried plays Needy who is one of those nerds who are identifiable of their glasses. Take them off and you get a beautiful girl as is evident in the scene where she goes to the dance. As stereotypical as this might be it does work for certain scenes. Would the Lesbian kissing scene have the same impact if Needy was 200+ pounds? I don’t think so.

Megan Fox does not pull off an Oscar-worthy performance, but she does have fun with the material. her character is constant using cute teenage slang like calling attractive guys salty and saying “you’re just jelly” instead of calling someone jealous. It’s cute, but really, do kids nowadays say “jelly”?