Jason X is a guilty pleasure of mine. It has 4.4 score on IMDB but a gave it an 8 at the time. When I gave it that rating there must have been some form of compensation going on there, because this movie is definitely better than the low score it has now. But it’s not really worth an 8. I remember I loved it when I saw it a couple of months after its theatrical release. This movie had me in stitches, because it’s really funny. To me this was one of the best horror comedies I have seen. I even had the movie poster on my wall for quite some time. Apparently I am quite alone on my love for this movie. I was universally panned by critics and more than 42,000 people are responsible for the average score of 4.4.

What do I see in this movie that others don’t?

The plot is copied directly from Alien. It is 2455 and a space ship with a teacher and his students go on an exploration field trip to Earth. Earth is now a desolate wasteland and the people now live on another planet named Earth 2. On Earth 1 they stumble across two cryogenically frozen people which they take on board. One of them is a female scientist, the other Jason Voorhees. Guess what happens when they are both defrosted… 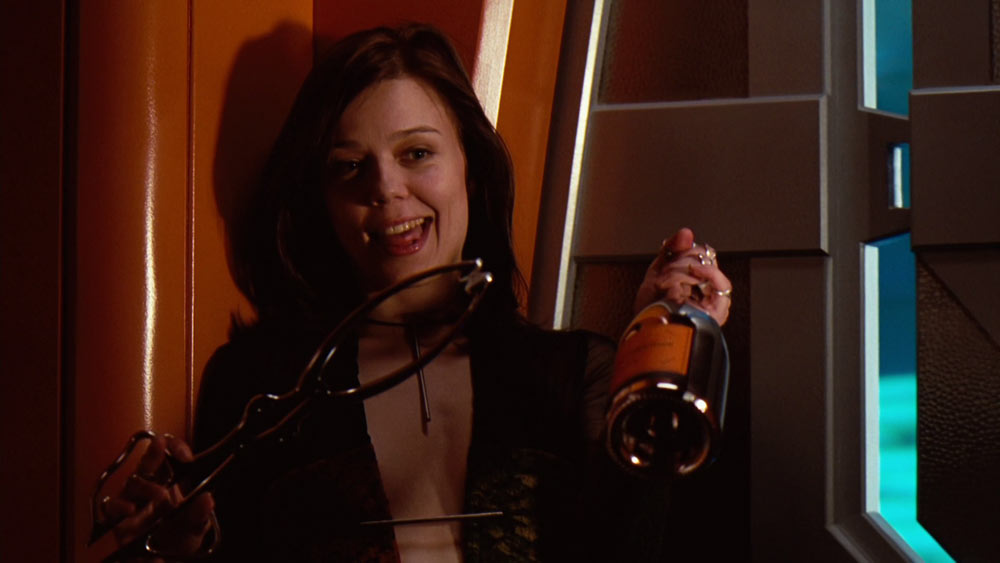 Sure the plot is a total rip-off, but the 10th Friday The 13th movie is vastly different from the rest. At its core it’s still a movie about Jason Voorhees killing a bunch of people, but the setting and tone give it a unique vibe compared to the other 9 movies. It’s almost a cliche for a horror franchise to end up in space. Both Hellraiser and Leprechaun did it. They both failed miserably. In my opinion it works in the case of Jason X. I’m sure everyone will agree that Jason in space works better than Jason in New York.

Jason has always been a character that doesn’t feel out place quickly. It’s a shame they kept him at Crystal Lake for so long. In Jason X the technical setting of labs, cockpits and corridors give it a fresh feeling. It also provides the possibility to put Jason in situations we have never seen him before. He walks around in a V.R. view game, is responsible for crashing a space ship into a space station, kills someone by putting her in liquid nitrogen and has several other novelty kills. 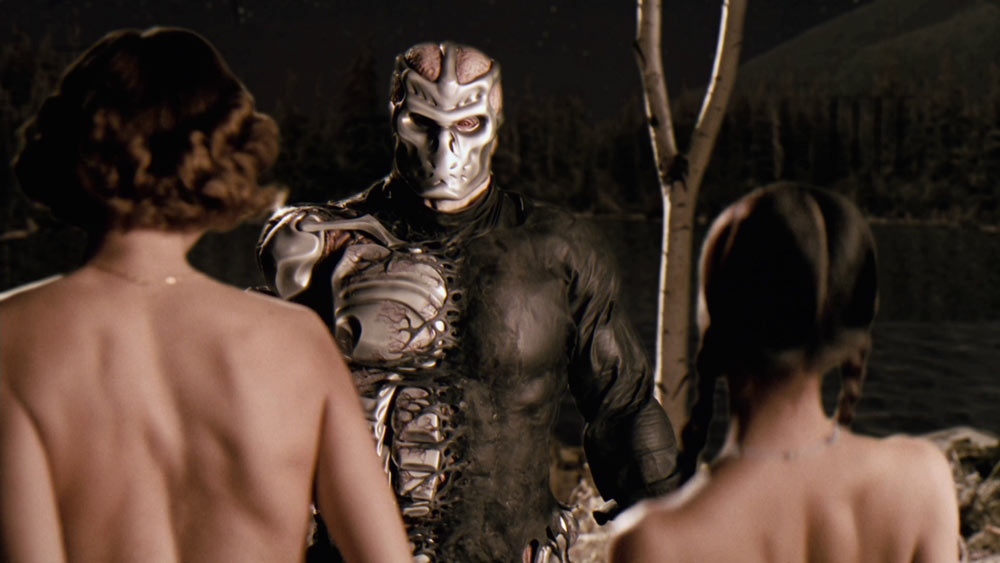 Jason X is a post-Scream slasher movie and therefor it has some meta-elements in it. Most notably at the end when they put Jason in a hologram of a lake setting including two naked campers smoking pot and having premarital sex. As a bonus we get a rehash of the body-bag kill from part VII. But that’s not the only element. In previous installments Jason was always a boogieman; a character whom other characters were not aware of until the final act. In Jason X his presence is acknowledged throughout the movie.

To be honest: I now this isn’t a great movie. There is hardly any plot and character development. At certain times the CGI is rather shoddy. Still, this is one of the best looking Jason movies and certainly the most humorous together with part VI. This isn’t Citizen Kane, nor did it ever set out to be. This is just a Jason movie, with a space twist and a really high body count. 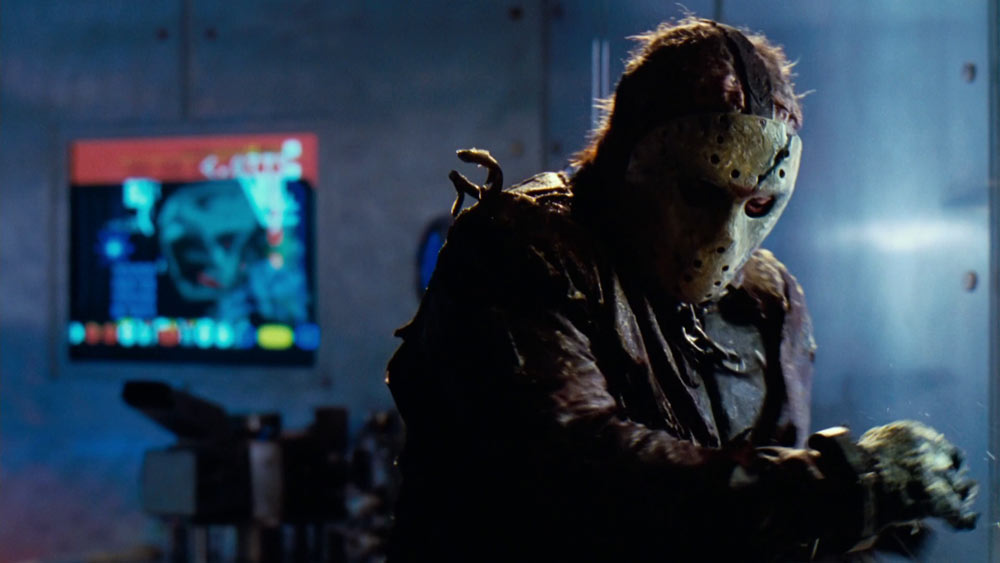 I just like it a lot. 8 years after the disappointing Jason Goes To Hell, this was a movie I thoroughly enjoyed and proved to me that there still was a place for my favorite hockey mask wearing serial killer. It’s not worth the 8 I gave it back in the day, but I’m still giving it 3,5 stars.