Jason Goes to Hell: The Final Friday is the second Jason Voorhees movie which they promise will be his last. There have been three movies with Jason since the release of this movie. So the so-called “Final Friday” is yet another textbook piece of false advertising. But Friday The 13th: The Final Chapter was an above average entry in the series, so surely Jason Goes To Hell will give the hockey-masked killer a good final outing! It’s been five years since the last movie, the disappointing Friday the 13th Part VIII: Jason Takes Manhattan. Plenty of time to come up with something truly great one would think.

Bottom line: It’s one of the worst movies in the Friday the 13th series.

Strictly speaking: this isn’t even a Friday the 13th movie. After the failure of Jason Takes Manhattan, Paramount Pictures sold the rights to the characters to New Line Cinema. The studio which released all the A Nightmare on Elm Street movies. What they did not sell were the rights to the title “Friday the 13th”. So New Line could make as many Jason movies as they wanted to, as long as these movies did not use the title “Friday The 13th”. That’s why we now have Jason X, Freddy vs. Jason and this piece of shit.

Jason Goes to Hell: The Final Friday starts off promising enough though. There is a young woman going to a remotely located cabin at Crystal Lake. As soon as she arrives she decides to take a bath when the lights suddenly go out. Wrapped in one of those sturdy towels that just won’t come off she goes out to investigate the cause of the outage. Oh but who would appear at that very moment? It’s Jason Voorhees of course and a chase through the woods occurs. Up until this point it’s all familiar stuff. But when the woman trips and Jason is about to slice her open with his machete multiple lights go on and a SWAT team comes out of hiding immediately opening heavy fire on Jason. In the end they even blow him up leaving all of his limbs scattered over the place. His heart is still pumping though. Then the opening credits start rolling. One of the biggest W.T.F. opening scenes ever!

One of the problems with the previous movies was that while there was a zombie out killing dozens of people, there was never any real involvement of law enforcement. Save for some local sheriffs in part 6 and the one New York cop in part 8. So seeing an entire SWAT team taking down Jason is just awesome. But then you start to think back about the events leading up to the ambush. The woman is part of the operation, so why make yourself vulnerable by undressing and taking a bath? Why walk around in nothing but a towel? Killing people who are or were just nude is Jason’s thing, but it’s not a requirement. He kills every person he comes across. Nudity or no nudity, premarital sex or no premarital sex. 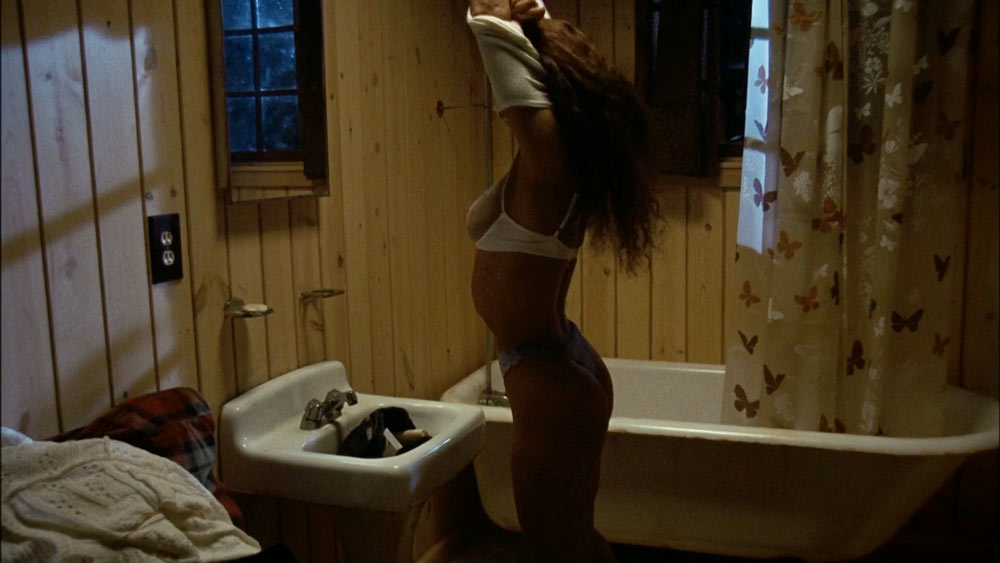 This is the core problem of Jason Goes to Hell: The Final Friday. While it has some great moments, they’re all surrounded by inconsistencies and strange choices. The result is a movie that never feels like a Friday The 13th movie. It’s as if New Line Cinema had a script for a horror movie lying around and somebody said: Can we turn this into a Jason movie?

And for a movie with the title “Jason Goes to Hell”, there is very little Jason in the actual movie. After the opening scene Jason is gone. This is were the originality of this movie comes in: the beating heart of Jason hypnotizes the coroner. He eats the heart and is then possessed by Jason. From this moment on Jason is able to transfer from body to body by passing a slug-like thing from his mouth. Something which strangely does not look like the snake thing on the poster. So we went from a simple slasher movie to Body Snatchers territory. 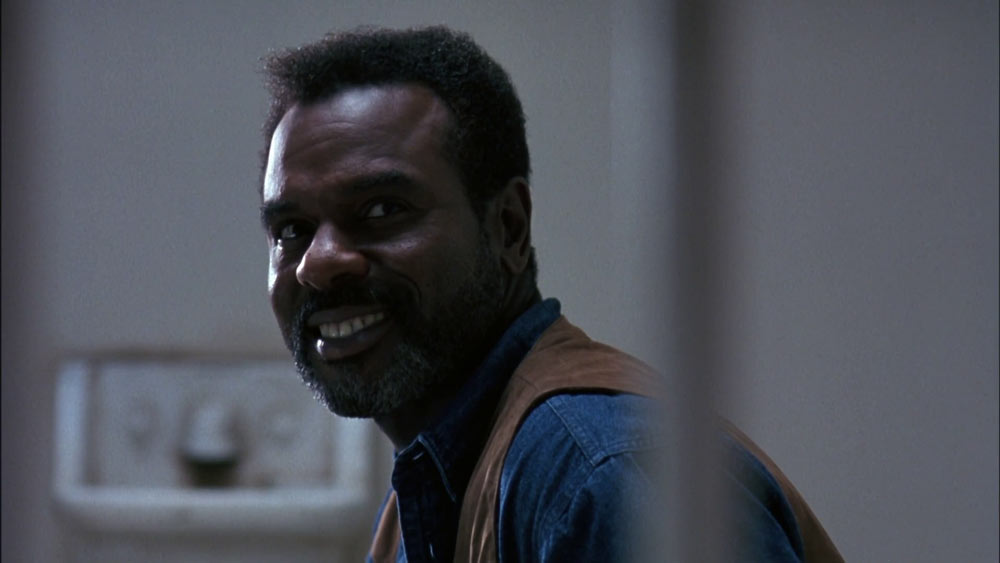 Maybe this sounds fun on paper, but it doesn’t work in the movie. At this point Jason is the franchise. It’s not even a Friday the 13th movie, it’s a Jason movie. It does not make any sense to name your movie Jason Goes to Hell: The Final Friday and then have almost no Jason in it. People were already pissed about part 5 in which a copycat was the killer. How did they imagine this would go down with the fans? The only people by now who still show up to watch a movie like this.

They probably thought they were going to win them over by providing Jason with a backstory. Or at least some mythology about his character. Apparently he has family in Crystal Lake (the town) and his parents even owned a now abandoned mansion there. There is a mystical dagger and a famous bounty hunter who knows a lot about Jason Voorhees including how to kill him. Apparently Jason can only be killed by a family member. Good thing he still has an aunt and a niece living near Crystal Lake. Funny how we have never heard about them before, or about the dagger or all of the other exposition. But then again this franchise has never been really that consistent. Jason doesn’t need a mythology. He’s a walking corpse due to a lightning strike. That is good enough for me.

In terms of consistency, the biggest victim is Jason himself. Last we saw him he was a child in the sewer due to toxic waste. Even if we ignore the ending, there is still the constantly changing color of his clothes and face. This time he’s wearing a blue outfit and he has grown some hair now. Last time Jason had hair was way back in part 2. His look is decent. The mask that now seems to be one with his face is somewhat of a cool look, but other than that this version of Jason isn’t really noteworthy. And even if he was, he has about 10 minutes of screen time. 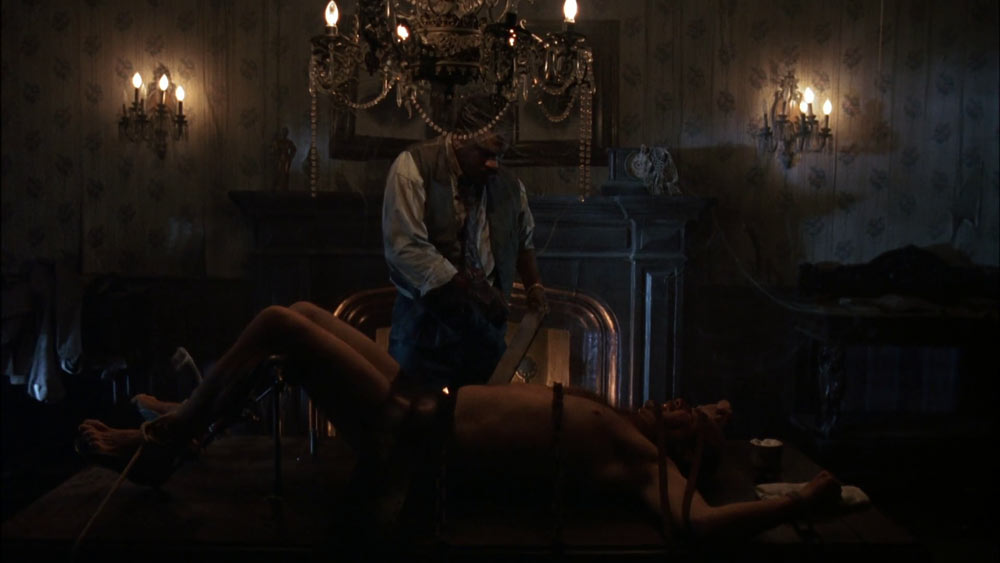 If Jason Goes to Hell: The Final Friday had a different title and a different antagonist this could have been a fun little original horror movie. But as a Friday The 13th movie it feels so far removed from the rest of the movies that you never have the feeling you’re watching an actual Friday The 13th movie. No matter how many skinny dipping campers they throw in. Certain scenes even tend to feel more at home in a Hellraiser movie.

The most notable element of this movie is a cameo. The redeeming factor of the movie that at least had people watching the end credits with a positive note. I’m talking of course about the hand of Freddy Krueger pulling Jason to hell. It’s an awesome and unexpected scene element. It also created years of chatter and speculation if and when there would be an actual Freddy vs. Jason movie. A great ending to a shitty movie. A movie that was a terrible ending to a classic horror franchise. Until they made two sequels and a reboot that is.