In I Spit on Your Grave an aspiring writer rents a remotely located house in the woods to write a novel. A few young men from a small local village nearby notice her. These men, who have nothing better to do, start to harass her. It’s starts of innocent with them trying to impress her with their motor-boat, but quickly turns to a rather nasty ordeal as she eventually falls victim to a brutal gang-rape. Left for dead she decides to exact revenge on these men by killing them one by one.

I Spit on Your Grave is a rape-revenge movie with quite a reputation. Roger Ebert gave it 0 stars in his review calling it the worst movie ever made. Much of his feelings about the movie came from the audience who laughed during the rape scenes. That laughing might have came from the lengthy and rather uneasy rape scenes in the movie. Other movies in which a rape sets of a protagonist on a killing spree often have rape scenes lasting a few minutes at most. Those movies tend to dedicate the majority of their running time to the revenge part.

I Spit on Your Grave does this more the other way around. The attack on the girl starts around 22 minutes into the movie. What follows is no less than three occasions of a group-rape and it isn’t until the 52 minute mark that these men finally leave her alone thinking that she is dead. That is 30 minutes non-stop violence against a woman, which is quite much to stomach.

The revenge part gets about the same amount of screen-time. It’s feels a bit rushed because these are four different men she gets to stalk and kill. The way it is executed is also rather dubious. One would expect a more methodical approach to her exacting revenge on these men. It would have been a fine choice if she just gunned these guys down.

Instead she chooses to use her sexuality to lure these men into a trap. Two weeks after having been raped for hours and left for dead she pops up again in the lives of her assailants. Each one she flirts with and on a couple of occasions even has sex with before exacting her revenge by say, cutting of a penis. Aside from the very lengthy rape scenes, this is what makes I Spit on Your Grave truly an exploitation movie.

Throw in a titillating poster and you have a guaranteed recipe for controversy. 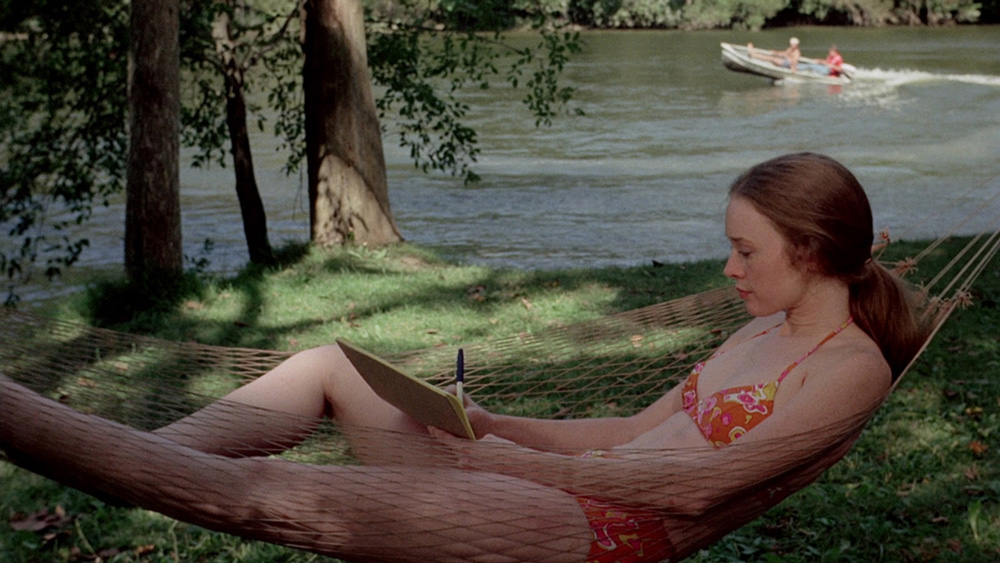 I Spit on Your Grave only works on the basic levels of a subject like this. It’s a feminist fantasy in which all men are rapists, even the mentally challenged. The rape doesn’t destroy the woman, but drives her to exact a cold blooded revenge on the men responsible. The original title of the movie was “Day Of The Woman” which makes sense. But the way she deals with her rape is far from realistic.

The actual aftermath of both the rape and here revenge is absent. After she has killed the last rapist the end credits start rolling. I’m not expecting a movie like “The Accused” here but I Spit on Your Grave is only interested in the rape and revenge part. It never even tries to approach the subject here with a bit more subtlety. Instead of pretending nothing happened, it would have been less exploitative if she went to a hospital, recovered physically and then plot her revenge. Maybe have some police involvement as well. A scene in which they don’t take her serious or appear to be able to do nothing because it’s their word against hers. That would give her murder spree some true legitimacy. That was what made the original Death Wish work; the inaptitude of the police. 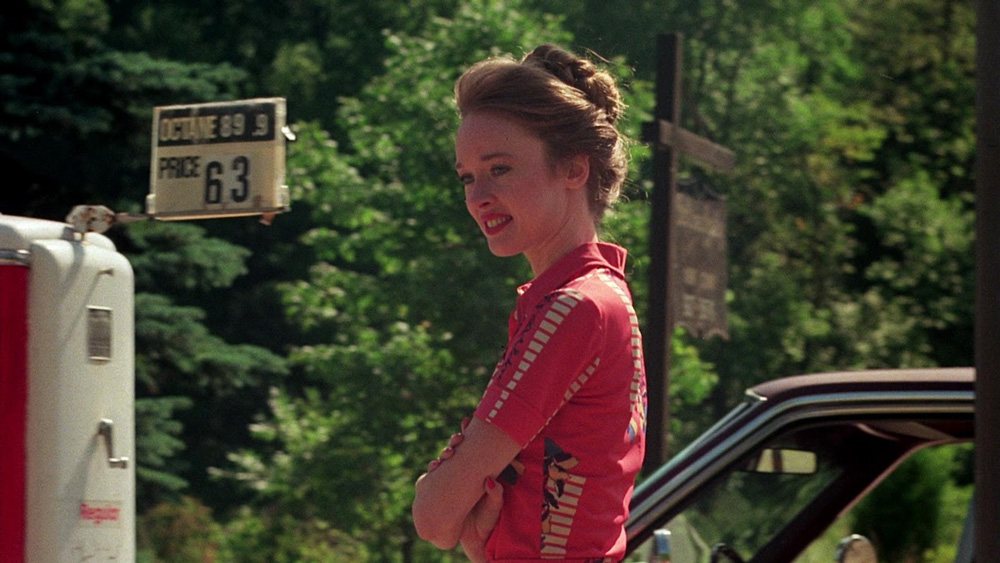 In terms of style and tone it’s a rather colorful picture. Shot in the woods during the summer it’s quite a nice looking movie. It reminds of other low budget movies like Friday The 13th Part II which have the same look. One of the key defining parts of the movie is the lack of a musical theme. The only music heard comes from actual instruments played like an organ in a church scene. This adds to the gritty feel generated by the movie’s subject.

There isn’t a truly stand-out performance in this movie, but Camille Keaton does do an excellent job here considering the very demanding role. She is naked for the majority of the movie and I can imagine the rape scenes being very difficult to shoot. If Leonardo DiCaprio got an Academy Award for sleeping on the insides of a horse, then Keaton at least deserves some recognition for crawling through the woods naked, covered in dirt and blood.

I Spit on Your Grave isn’t the worst movie ever made, but it could have been a lot better. With some small adjustments it wouldn’t even feel sleazy at moments. The lengthy graphic rape scenes make this an exploitation movie, and surely not for every one. This is not the movie you want to go on a date with. This is the kind of movie you basically watch at home with the curtains closed.

I Spit on Your Grave