I Love You, Beth Cooper seems to be a vanity project for Hayden Panettiere, mostly known for Heroes and who seems to be playing a cheerleader in every movie or TV-series she pops up in, this time is no different. And yes, she’s got that cheerleader look so it’s no surprise that she gets typecast all the time. Here she doesn’t do much cheering other than one scene.

What surprised me is that I Love You, Beth Cooper is not so much about Beth Cooper really. She’s heavily featured in the movie and is part of setting things in motion but she’s rarely seen in the first act. The centers around Denis Cooverman who is graduating high school and who has been in love for years with Beth Cooper. As a valedictorian he gets to speech and declares his love for her as well as making some statements about other people who are not happy with that. Like in Adventureland the protagonist is a nerdy anti-hero, complete with all natural looks that resemble anything but a movie-star. It seems revenge of the nerds is actually happening.
His best friend Rich convinced him to give that speech. He is somewhat of a troubled guy himself: a movie-buff who’s constantly quoting or recognizing quotes from movies. He’s also a closeted homosexual although during the course of the movie it gets really difficult to believe him yelling “I’m not gay”. Especially since he can perform the cheers with the cheerleaders effortless. This made me question Zac Effron’s sexuality in 17 Again actually. 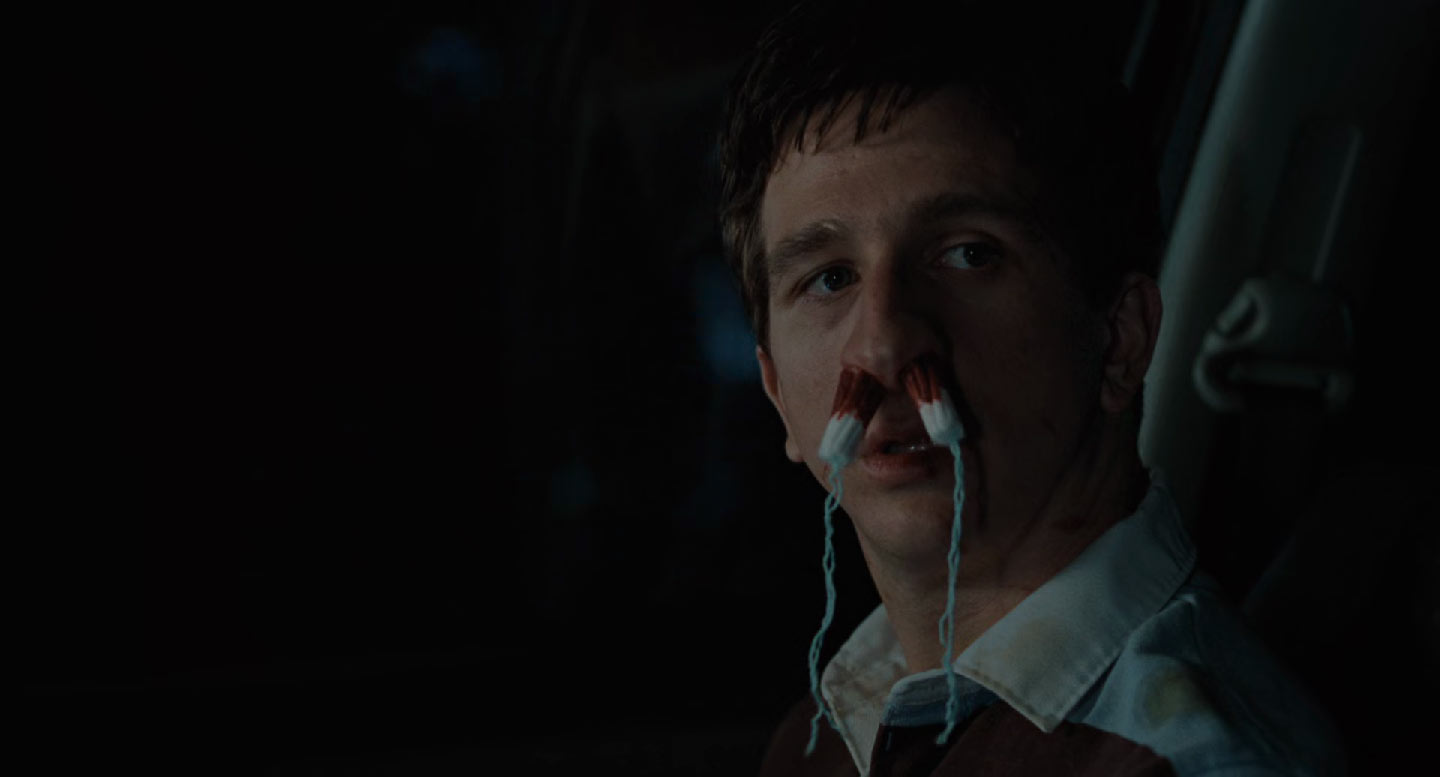 Denis is giving a party at his house but nobody turns up since he is the class-nerd, except for Beth and her two friends. Despite only coming for a quick laugh the appearance of Beth’s over-aggressive boyfriend makes the 3 girls, Denis and Rich flee the house and go around town crashing parties, showering together and tipping cows. 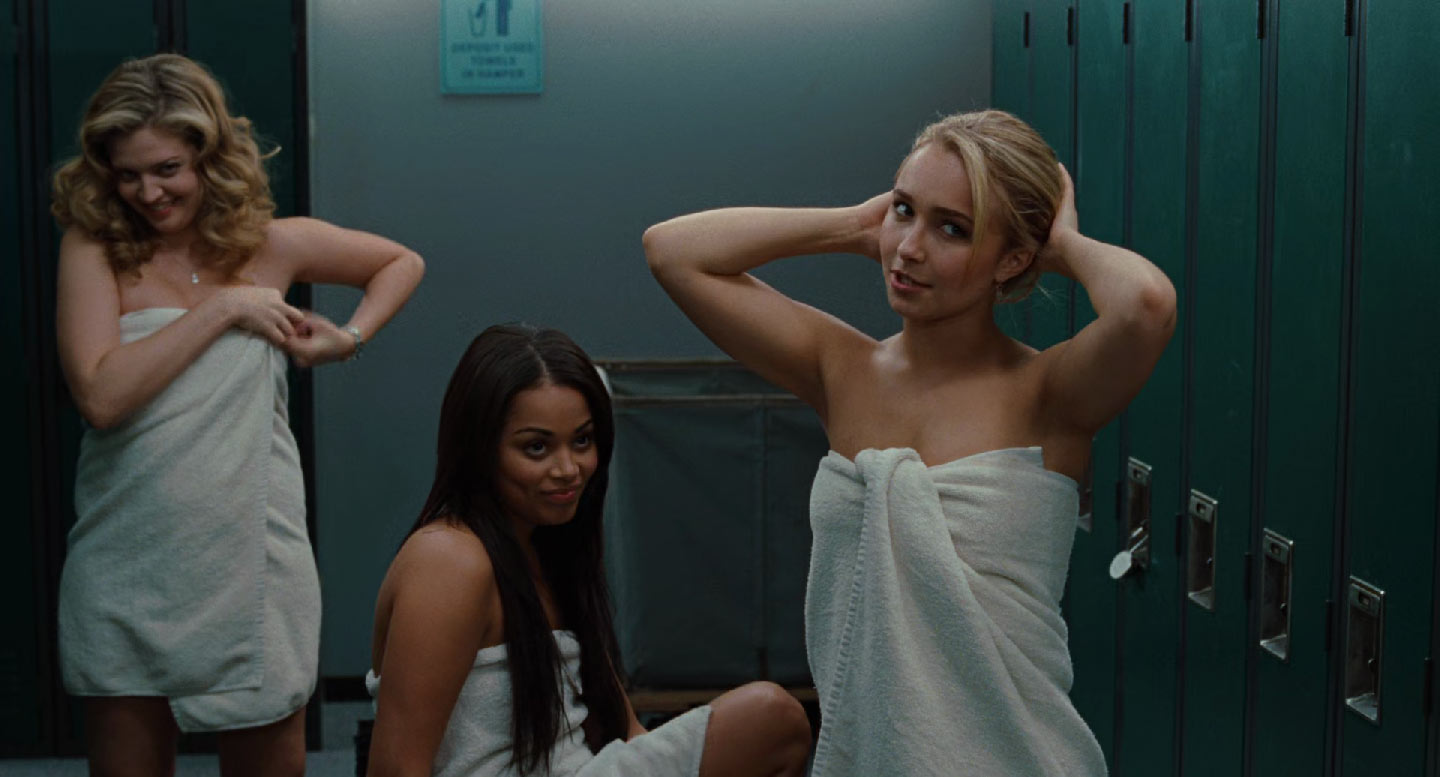 Heaven, it has a locker room

I Love You, Beth Cooper seems to be in somewhat of an identity crisis as the movie does not have a clear idea of what it wants to be: a comedy or a drama. There are a lot of scenes that play for laughs and in some cases they work but many of them don’t. The drama is there but you just can’t connect with the leads. Denis is a stereotypical nerd and this is a guy that doesn’t deserve a girl like Beth. Nobody wearing Spider-man underwear deserves to get laid. Period. Beth herself isn’t the most most friendly character although she does warm up to Denis and Rich. So do the two other girls of course, but nu before acting like stuck-up bitches. Beth is mentioned to be weird and scary at some points in the movie, if it was because of her driving I don’t know but she doesn’t seem that weird to me. The problem with Beth is that her character is not fleshed out. Yes, she is giving some backstory about her brother dying when she was two months old but other than that Beth remains a mystery. Yes she’s a hot cheerleader, not afraid to show some nudity to obsessive nerds and dating a coked up Army dude but other than that we never get to know Beth.

I Love You, Beth Cooper is far from perfect but it’s an okay movie for a rainy sunday afternoon. Paul Rust might not be fun to look at for 100 minutes (Seriously, he reminded me of Sean Penn in I Am Sam), but Hayden Panettiere and her two friends sure are. It has some laughs but is basically an 80’s teen comedy and not a very funny one at that. I expected more of the man who brought Harry Potter to the big screen and gave us Home Alone among other.

I Love You, Beth Cooper