The character of the invisible man is one that exists since the early days of cinema. The first invisible man movie was released back in 1933 and dealt with a scientist becoming murderously insane after he finds a way to become invisible. Throughout the years there have been many invisible man movies and in 2000 Dutch director Paul Verhoeven gave his take on this character with the movie Hollow Man. A movie about a scientist who finds a way of becoming invisible, but in doing so, also becomes murderously insane. As you can tell by the synopsis, Hollow Man isn’t going for originality points.

Hollow Man opens with Kevin Bacon working on a formula to reverse the invisibility serum he has already successfully developed. One night he has a breakthrough which allows him to make an invisible gorilla visible again. After plenty of testing on apes he decides to offer himself up as a the first human trial. The invisibility serum successfully turns him into an invisible man but after a few days of testing, the serum that should reverse the effect doesn’t seem to have the same effect as it did on the gorillas. Stuck in a lab and an invisible body, Bacon starts to unravel. 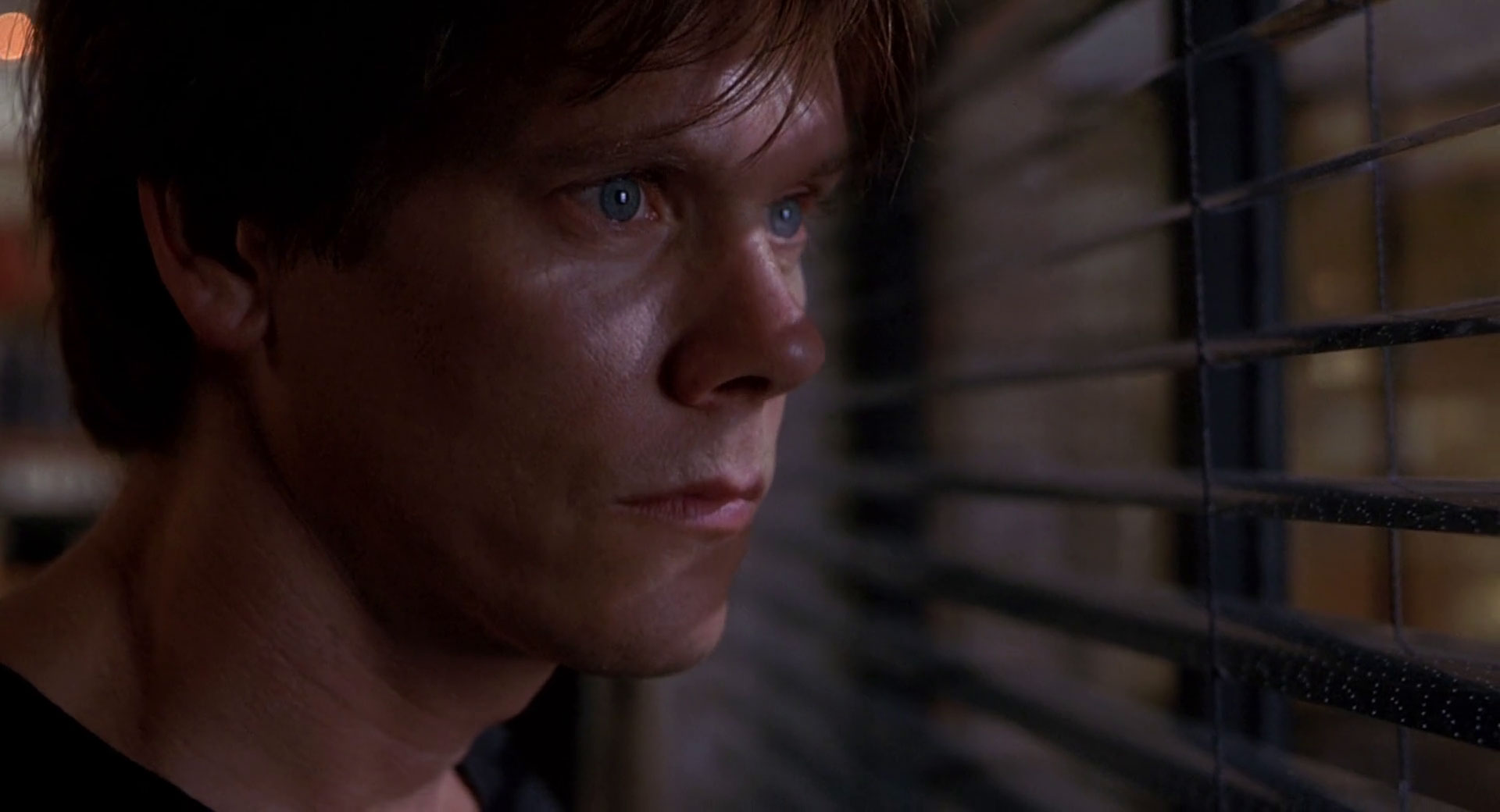 The greatest challenge in invisible men movies lies in the effects. To convince the audience there is someone there. Most notable is the bandage effect, which was already in the first Invisible Man movie. At the time of its release, Hollow Man had state of the art special effects. Most of them hold pretty well today. A great deal of effort went into the becoming visible/invisible effect as the subject changes visibility layer by layer. First the veins, then certain organs, the skeleton next and of course skin as last. It’s great feat which still looks awesome today. 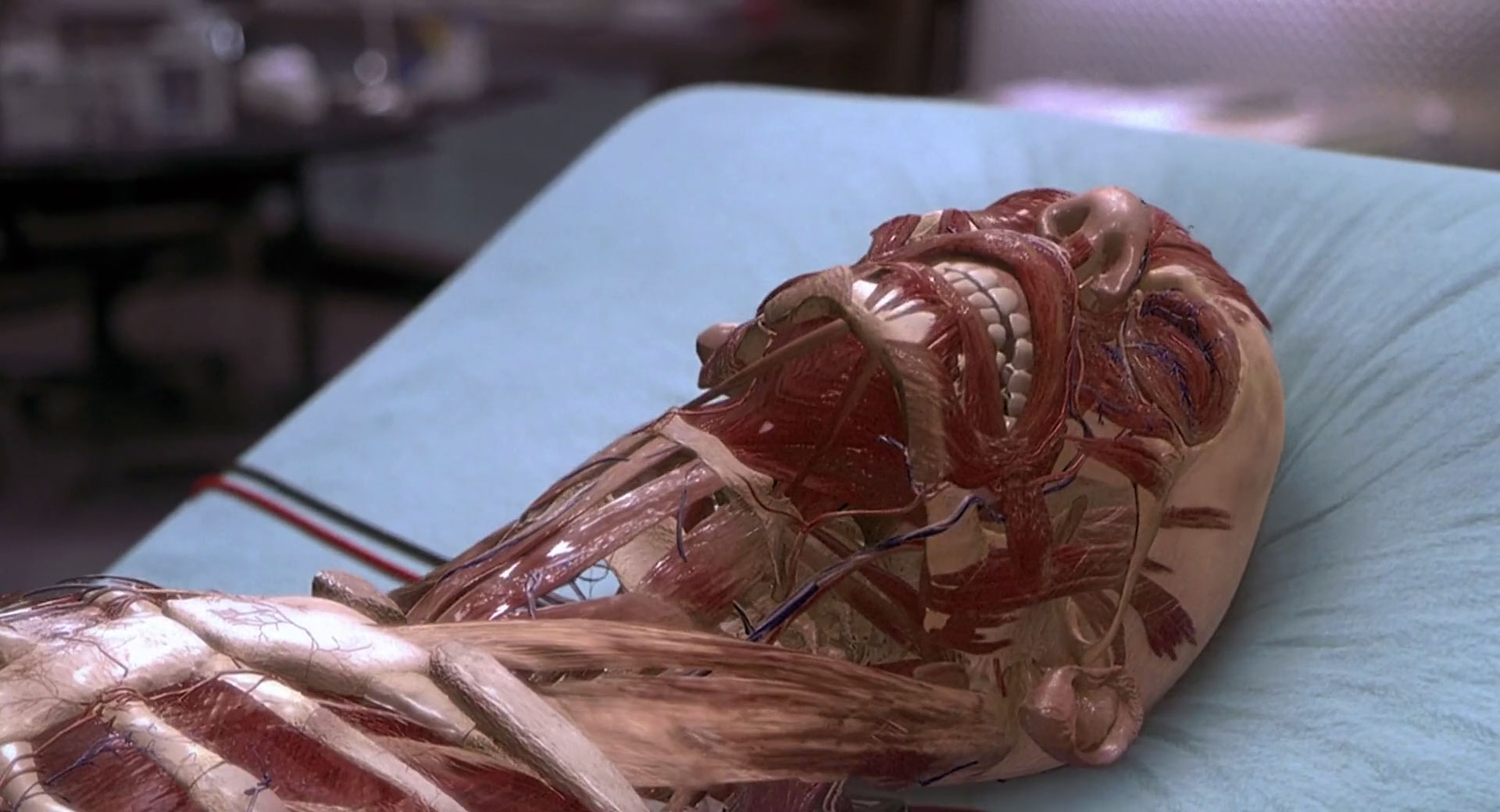 Once invisible the trick becomes to convince the audience there is something which it can’t see. So they have him wear a robe, and he receives a rubber mask. When he doesn’t want to be seen, the movie resorts to all sorts of tricks. Somebody throws a sack of blood over him or you see his contour in the rain or steam. Most of these effects look great, but not all.

Watching Hollow Man in the age of #MeToo is definitely a different experience compared to back in 2000. This movie has not aged well in that area. Kevin Bacon’s character is sexually intimidating right from the get go. He had relationship with the woman who works for him, he video-calls her in the middle of the night and is constantly prying in her personal life with questions about who she’s seeing. When he’s getting ready to undergo a procedure he exposes himself to his female staff. There was no real reason for him to undress himself at that moment, at least not in their vicinity. Why should he even be naked? The only reason I could think of was that we could see the blood-vessels of a penis. 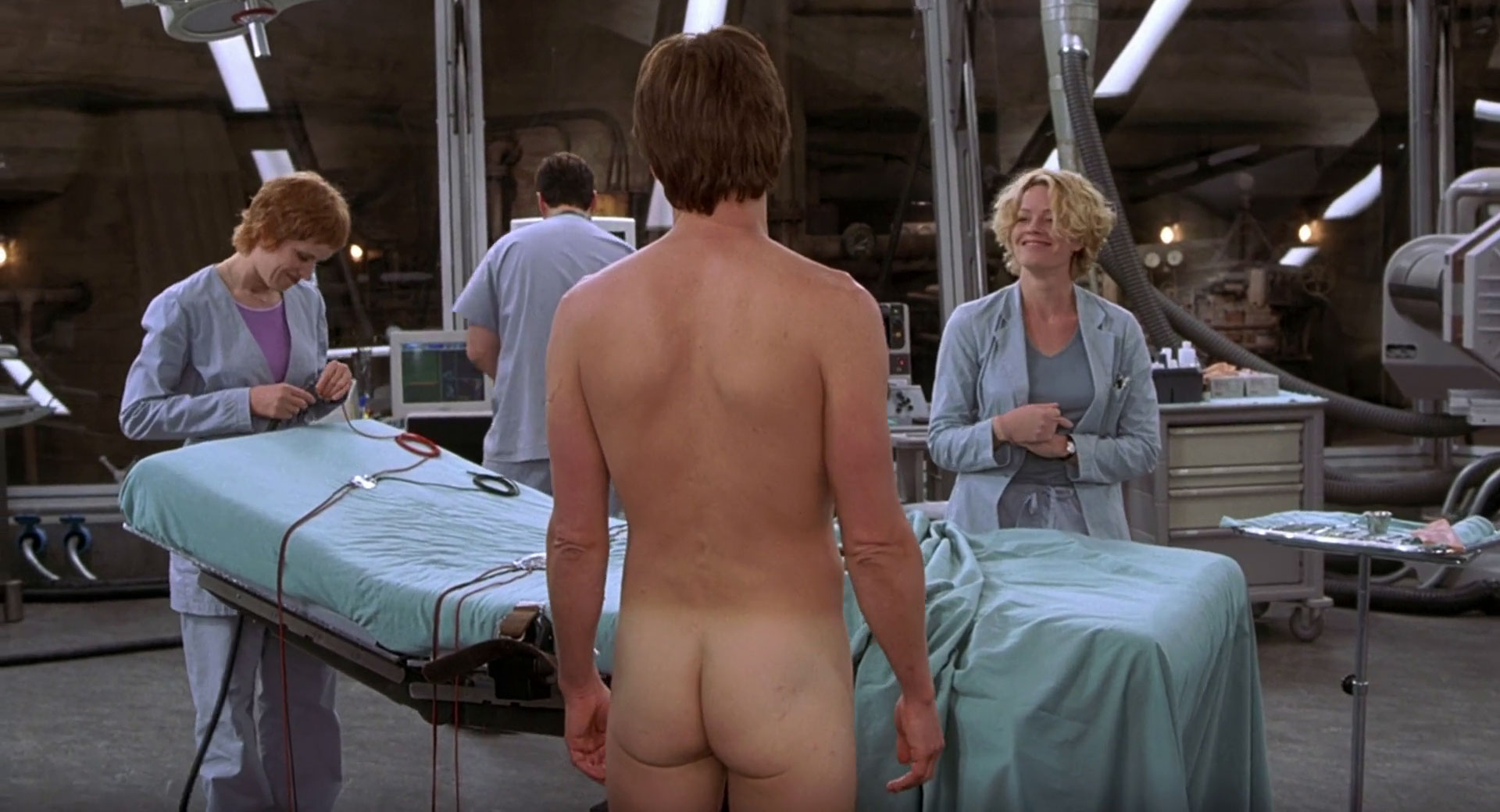 The most infamous scene of Hollow Man is the rape of his neighbor when he’s invisible. That was supposedly meant to be the turning point in the movie for audiences to see him as a likeable character. The moment that his invisibility was taking such a toll on his mind that he became violent. But as soon as he became invisible he also became much more of pervert than he already was. On the first night as an invisible man he unbuttons as shirt of a sleeping coworker and fondles her breast. At the time nobody actually made much of that. The rape scene was where most of the people drew a line. Times have changed.

There is also a scene where he apparently is touching and trying to rape Linda (Elisabeth Shue), the colleague he had a relationship with. This turns out to be a dream of her. It does give director Paul Verhoeven another excuse to show a sexually laden scene. For a movie about an invisible killer, Hollow Man is full of sexual scenes. It reminds me of those Butterscotch movies from the 90s: soft erotic movies in which an invisible man has sex with women. But at least those movies had consensual sex. As goofy as that might sound in this context. 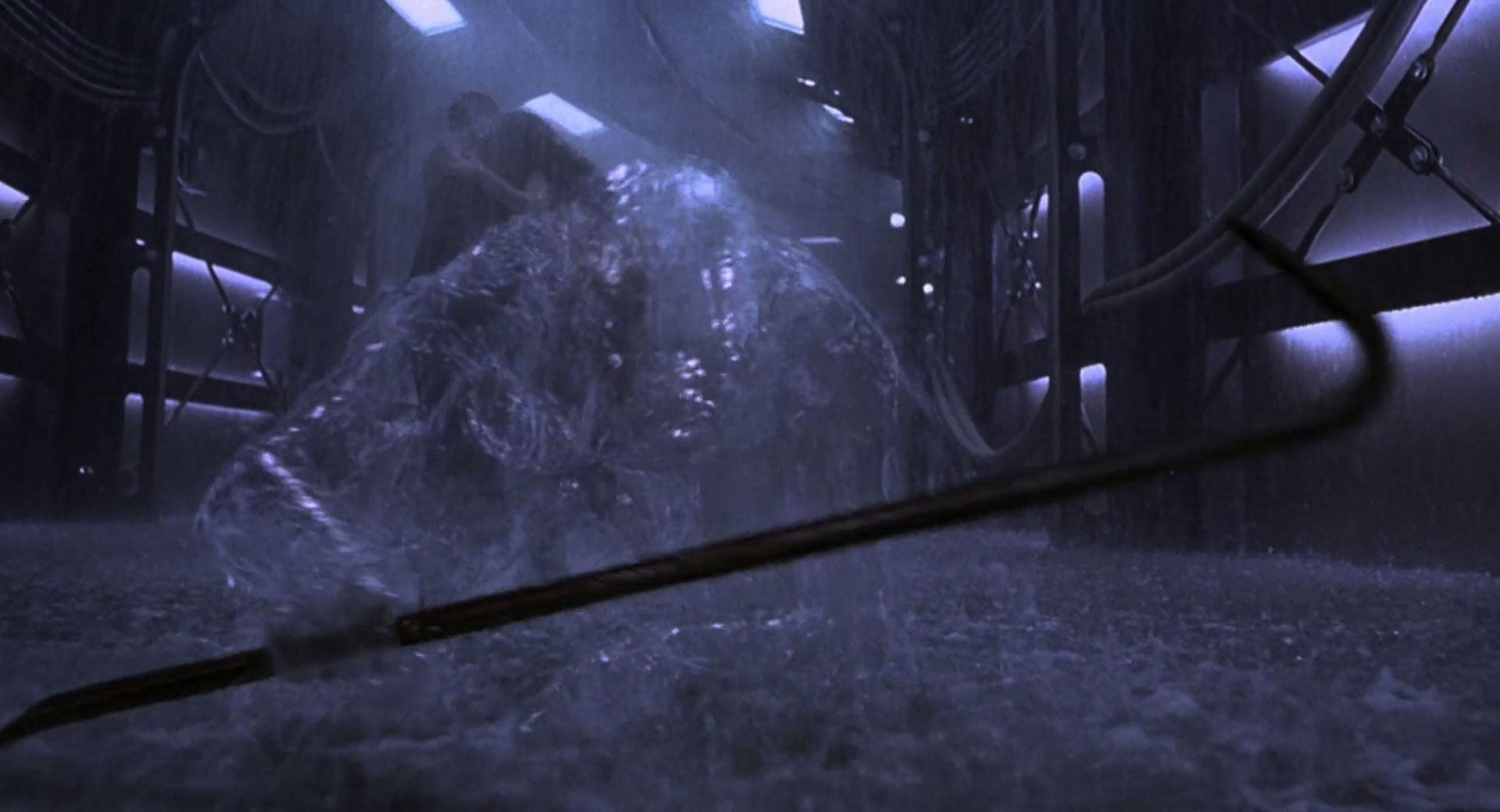 Save for the whole “rapey” approach to the character I found the movie quite enjoyable. Despite not living up to its potential, Paul Verhoeven created what is probably the most expensive exploitation slasher movie ever. While Hollow Man starts out as a science fiction movie that might ask philosophical questions about what invisibility will do to someone, it quickly descends to exploitation before becoming a full slasher movie in the third act.

Paul Verhoeven’s touch is visible and his craftsmanship elevates the material to a level other directors would probably have never reached. In lesser hands this would have been a straight to video release with abysmal special effects. It’s a fun movie, but one that could have been much better. If only the saw the potential of an invisible character or didn’t answer the philosophical question of what an invisible man could do with his unique gift with “molesting women”.

Hollow Man is a schlocky but entertaining movie with some great special effects. I don’t think it could not be made this way in today’s political climate. Since this is considered to be a slasher movie, I must say that it is one of the better ones out there.