In the 90’s it seemed like every action movie released was a rip off of Die Hard. Mostly varying in the setting whether it would be a boat, a train, a plane or something like that. At some point in the mid-90’s it got more gimmicky like No Contest (Die Hard at a beauty pageant) or Skyscraper (Die Hard with enormous silicone tits). In the second part of the 90’s the settings seemed to have run dry and we were treated to rehashes of settings like a plane (Con Air, Air Force One, both released in 1997). They tried to give the movie a new angle by making the President of the Unites States the hero or fill the plane with cons. The Last Siege, which was originally released as Hijack, is ’Die Hard on a train’ and therefor rips off the Steven Seagal actioner: Under Siege 2 – Dark Territory. Only this time on a way smaller budget and with Lawnmower Man Jeff Fahey as an ATF-agent who just so happens to be on board when the man responsible for the deaths of his wife and child takes over the train and everybody hostage, including Ghost Buster Ernie Hudson who’s a governor here.

Movies like this consist of a few crucial and obligatory scenes to establish itself:

In a slick and clever scripted movie the 3 points are performed within let’s say 20-30 minutes. In low budget films, which are usually not so slick and clever scripted, these scenes are more stretched out. I was watching The Last Siege just today and looked at the timer for the first time already after 3 minutes. It’s at this point that the title sequence is finally over. This title sequence consists of a camera attached to the front of a train to film the railway. So you get 3 minutes of railway scrolling by while names are on screen. I have screen-savers that hold your attention more.

Now the scene establishing our lead character and his problems all goes well, but it really takes some time before he actually boards the train. Memorable bad guys are established in the first scene they appear in. Just remember how the mercenaries in movies like Die Hard are very well trained. The guy sliding down the stairs and directly disabling some alarms, the quick take over of the front desk all complemented by the entrance of Hans Gruber at the party. Now that’s an entrance and shows us that these guys have complete control and are very skilled. In this movie the take over just takes so long. Even the killing of one guy in the beginning just takes too long. Now that wouldn’t be bad if there was a great fight which established how good the bad guy was but it’s one sloppy fight. The movie is now 45 minutes underway of its 90 minutes running time and finally the movie begins. This means that there is about 40 minutes of the actual movie because it is all set up before that. If a movie like this was a meal the first course would last even longer than the main course. 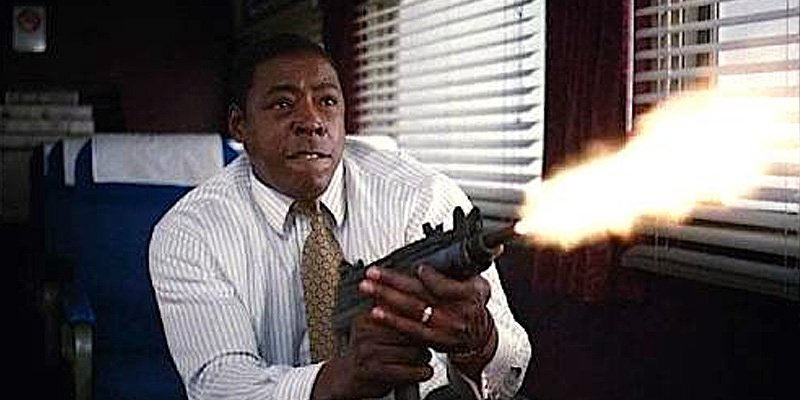 Once the movie gets rolling it doesn’t get much better. Patrick Kilpatrick is the most menacing mercenary and actually manages to off one guy pretty swift like we’re used to, but when in one on one combat with Fahey everything not only happens in a the dark, it’s also one of those sloppy fights. Only the pay off in which Fahey sticks a knife through his neck is clearly lit. So now you have the most impressive baddy of the bunch dead and a couple of unimpressive losers left. Great.

It also turns out that Kilpatrick was wearing a bulletproof vest which Fahey takes and puts on. This vest makes him practically immortal as he gets shot quite a few times. What surprised me was that all the other villains left their vests at home as Fahey can dispose of them with (machine) gun fire with ease. 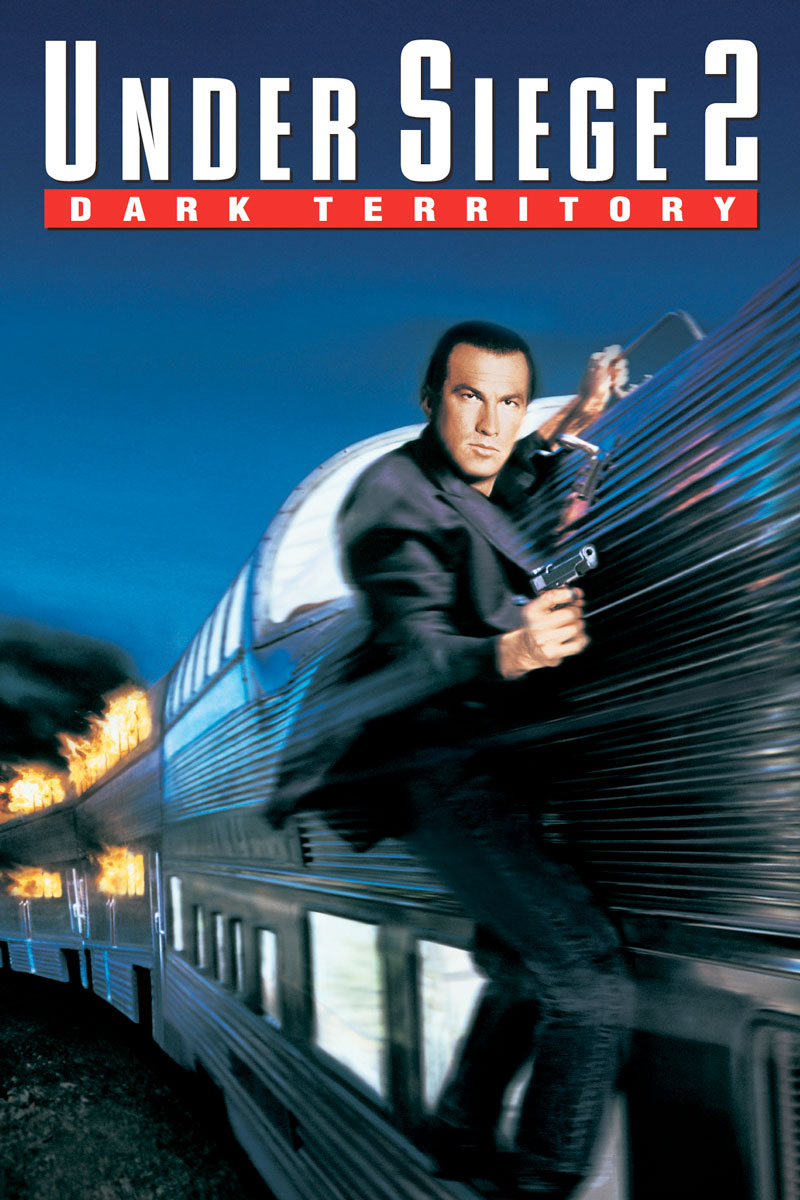 As you might have concluded right now, this is not a very good movie. It’s a cheap knock-off of Under Siege 2. Which makes it a rip-off of a rip-off… or ever worse; it’s a rip-off of a sequel to a rip-off.

It occurs to me that they wanted to let people in the stores think that this is a sequel of some sorts. Not only did they change the original name from Hijack to The Last Siege, they also made the movie title and subtitle look exactly like the one from Under Siege 2. Just take a look:

They even both have a speeding train with fire coming out. Now that’s lame and if I ever do a follow up on my poster rip-off article I’m sure as hell gonna put this one in.

Oh and talking about the cover, let’s talk about accuracy. See how tough Ernie Hudson is looking with that gun. In the movie he’s a senator who’s about to enter a bill for stricter gun control. At one point he does shoot in the movie, with a semi-automatic machine gun, and looks like a whiny bitch afterwards as in; did I just do that?

If there is ever a movie that should be called “The Last Siege” it’s the real Under Siege 3 starring Seagal as Casey Ryback. If they’re ever going to make it they should hurry. The man isn’t getting younger. In the mean time this “Last Siege” I won’t accept as a substitute.