Hard To Kill is Steven Seagal’s second film and has a more basic plot than his debut movie Above The Law. The movie begins in 1983  with Steven playing a cop named Mason Storm. He uncovers a plot to kill a sitting senator (hey, that was also the plot for Above The Law!) by an up and coming congress man. The congress man and his allies find out he’s listening in on them and put out a hit on him.

They hit him at his house and leave him and his wife for dead while his young son manages to get away. But it turns out that Mason is just in a coma and put away in a specialized hospital anonymously by a friend. Fast-Forward to 1990 were he awakens from his coma and goes on a rampage to avenge his wife’s death and to clear his name. A lot of people are going to find out Mason Storm is… Hard To Kill! 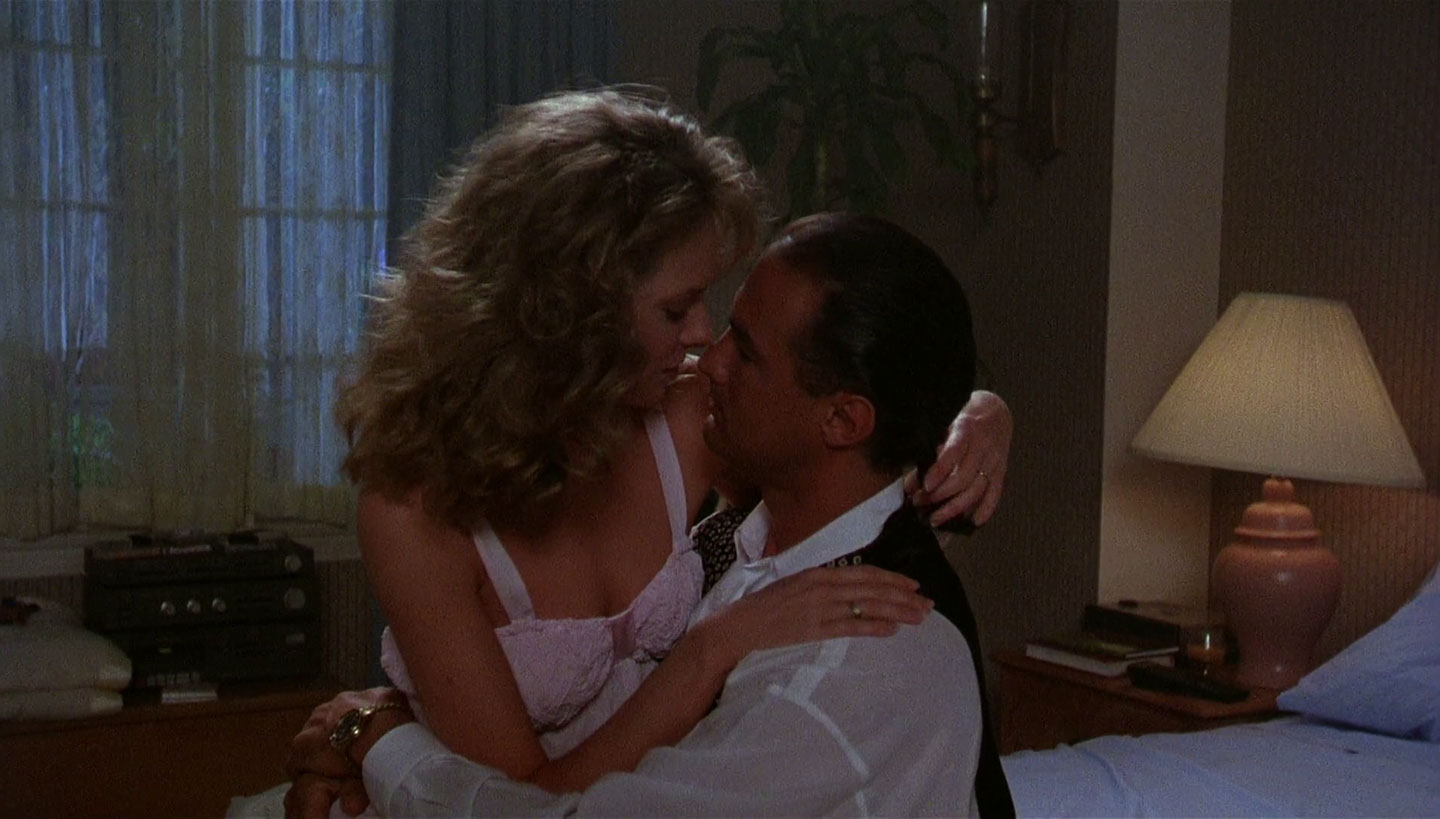 Originality isn’t this movie’s strongest suit as it’s your basic revenge flick. But it does deliver the goods and is an easy way to spend 90 minutes with your brain on stand-by. This is actually is advisable as there are a couple of plot points that need a big suspension of disbelief. Then again, these aren’t movies you watch for their realistic plot and execution. I’m just here for the over the machismo and bone breaking. 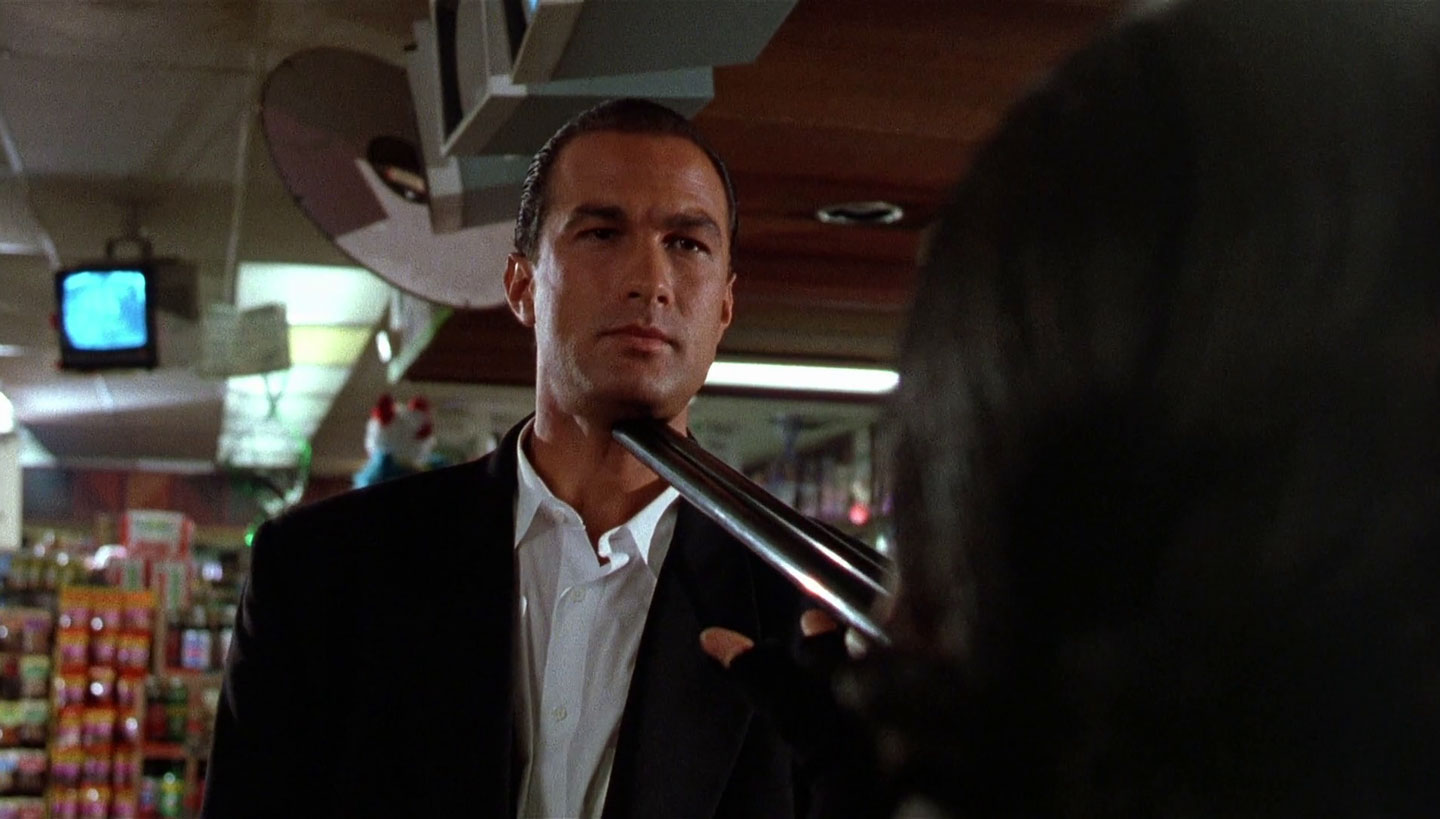 Hard To Kill is a more basic movie and comparable to some of Jean-Claude Van Damme’s early movies like Kickboxer, Death Warrant, Wrong Bet, etc. Simple action movies made to showcase the talents of the main star. Hard to kill does exactly that and adds some interesting sequences free of charge! Most notable is the escape from a hospital in a bed while a professional killer is trying to kill Mason. Another thing that has to be seen to be believed is the fake beard comatose Seagal has. This movie also iss the only movie that has Seagal doing a training montage like in the Rocky movies. The only thing it misses is an 80 up-tempo rock tune. Was Survivor unavailable of too expensive? 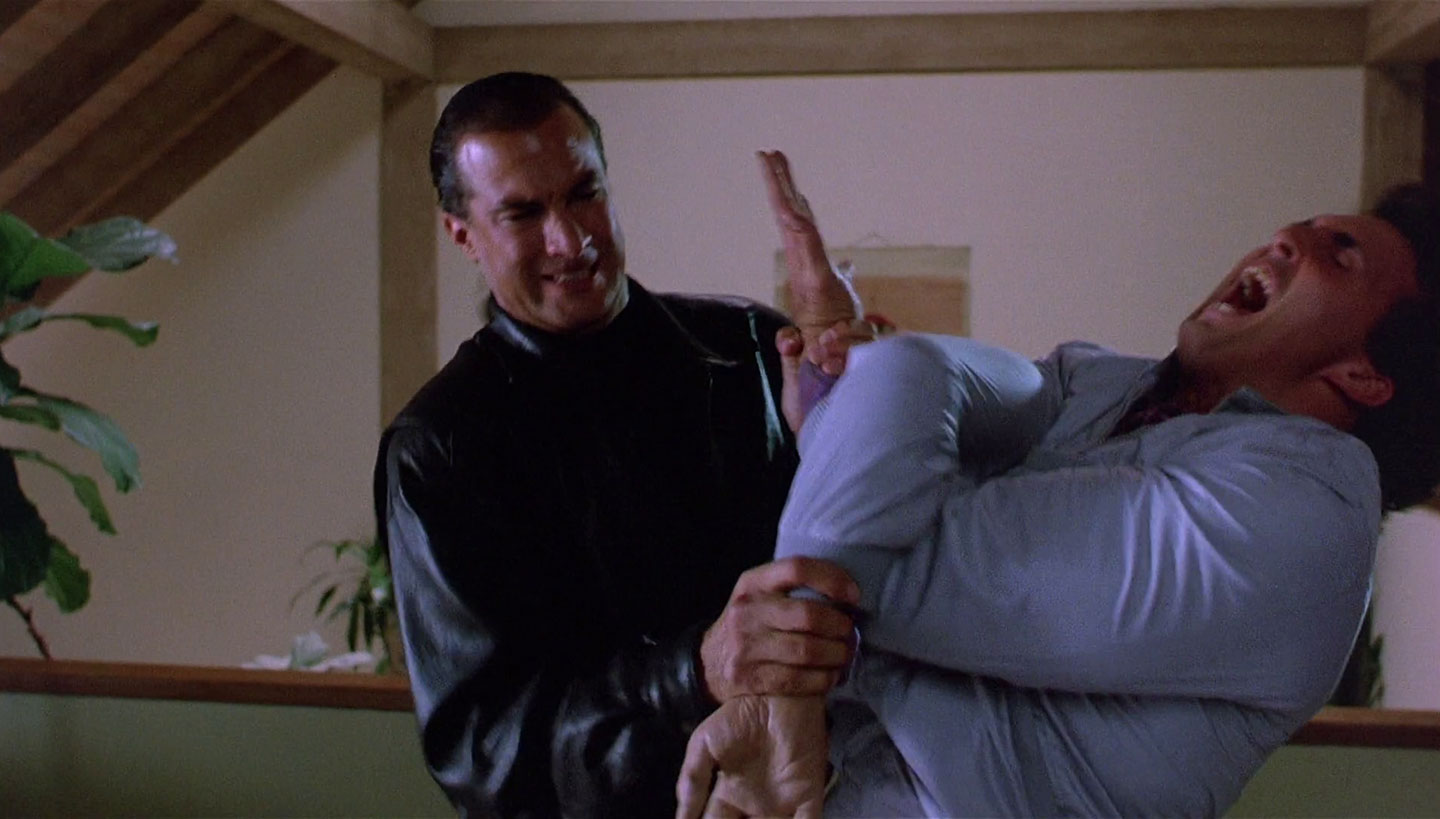 The fight-scenes are Seagal-standard though more elaborate when comparing it to Above The Law. There are close-ups of the bones being broken and all of the fights that occur post-coma are brutal. Steven really shows he’s pissed off and out for revenge. This movie delivers what one expects and then some.

This is a movie that is great in it’s own genre, but not outside of it. In Steven Seagal standards it’s still one of his most fun movies.