The problems with Halloween: The Curse of Michael Myers have become stuff of legends. I’ve seen the movie once, maybe twice back in the day. I did not have a real good recollection of it, save for a couple of moments that stuck. The only thing I remember is, that I did not found it to be a good movie. When reading the trivia section much becomes clear. The movie I saw as been gone through re-writes and re-shoots. Even the star, Donald Pleasance, died before the re-shoots could begin. The product that came of it has been called “incomprehensible”. Since I’m watching the whole Halloween series, it is time to see if I think the same.

In Halloween: The Curse of Michael Myers, he comes home once again to Haddonfield. This time again in the pursuit of his niece, Jamie Lloyd. Even though both were deemed deceased after the events of part 5. In the opening scene she escapes from Michael and a mysterious cult he apparently belongs to. She isn’t alone. With her is her newborn baby.

In Haddonfield everybody is getting ready for Halloween. Something they still celebrate over there despite having had at least 3 massacres take place on that date in recent history. One person who is not celebrating Halloween is Tommy Doyle. The kid Laurie Strode babysat in the original movie. He is obsessed by Michael Myers and believes he is still alive. He lives across the house where Michael Meyers originally lived which is now inhabited by another Strode family.

The Strodes are for some strange reason not aware of any of the history of this house. From what I can tell they’re not even familiar with Laurie and Jamie. Strange, since they share the same last name in a rather small village. They should be related or at least know them. 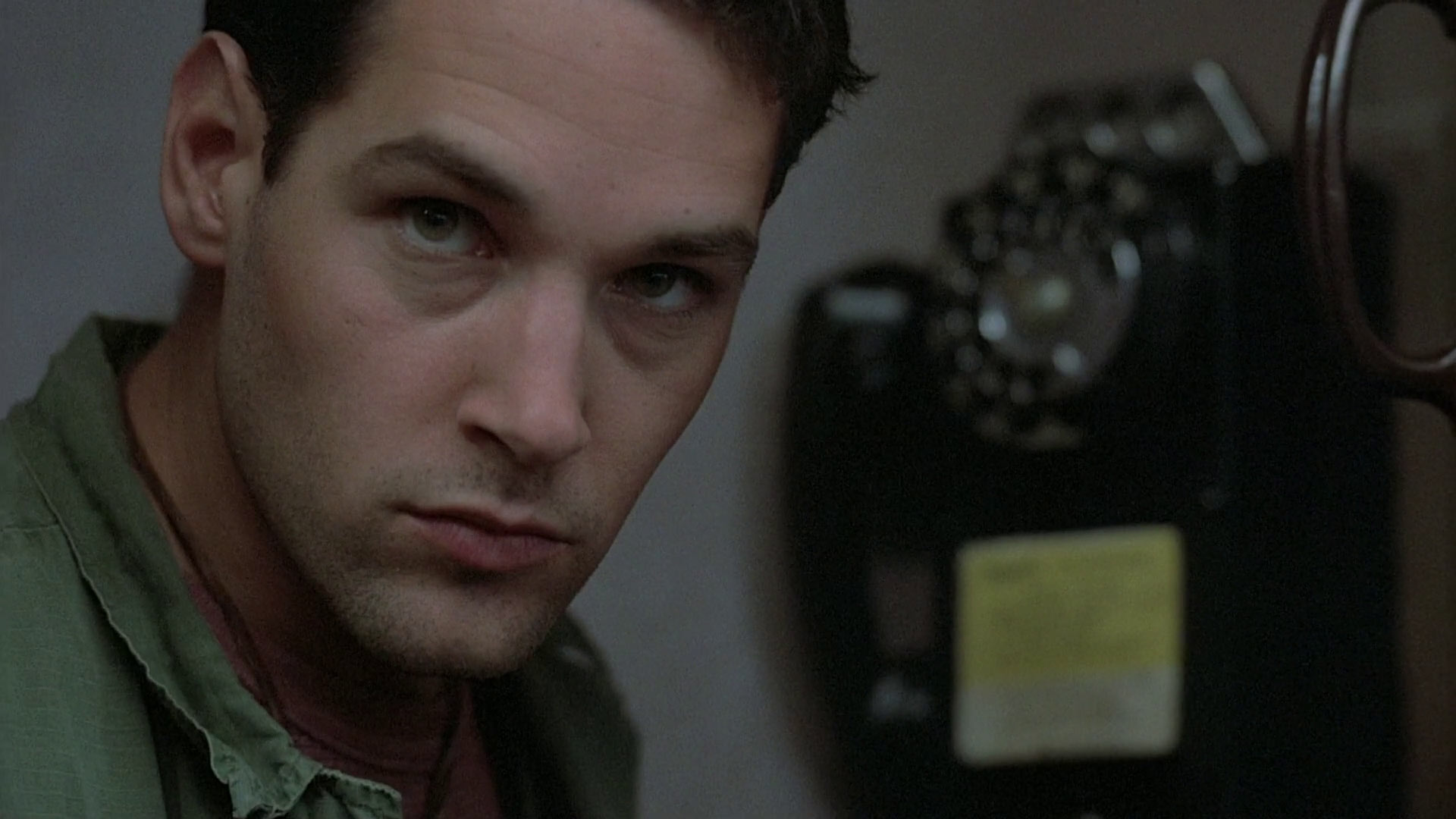 Watching Halloween: The Curse of Michael Myers few elements felt familiar. It’s as if I was watching a brand new movie. Did this movie leave so little impact with me? After 20 minutes I decided to check which version I was watching and apparently it was the “Producer’s cut” of the movie. It was listed as an unrated version, but in this case that means it’s wildly different movie than the VHS and DVD versions that were out since the 90s.

So there goes the plan of me seeing as if this movie is as bad as I think it was.

Expecting a total disaster Halloween: The Curse of Michael Myers felt actually not that bad. But that’s only because I was anticipating something “incomprehensible”. The Producer’s cut isn’t a good movie, but it’s not incomprehensible.

Halloween: The Curse of Michael Myers has several mistakes which are recurring in this franchise. Most notably how Myers is able to travel through the town in broad daylight without being noticed. He also has the tendency to pop up wherever the script requires him to be. In the previous three movies about Myers, the police were immediately on high alert. In this movie they are nowhere to be found. When they are warned about Myers by Loomis they don’t even believe him. Strange, because he has been right about Myers in 4 other movies! 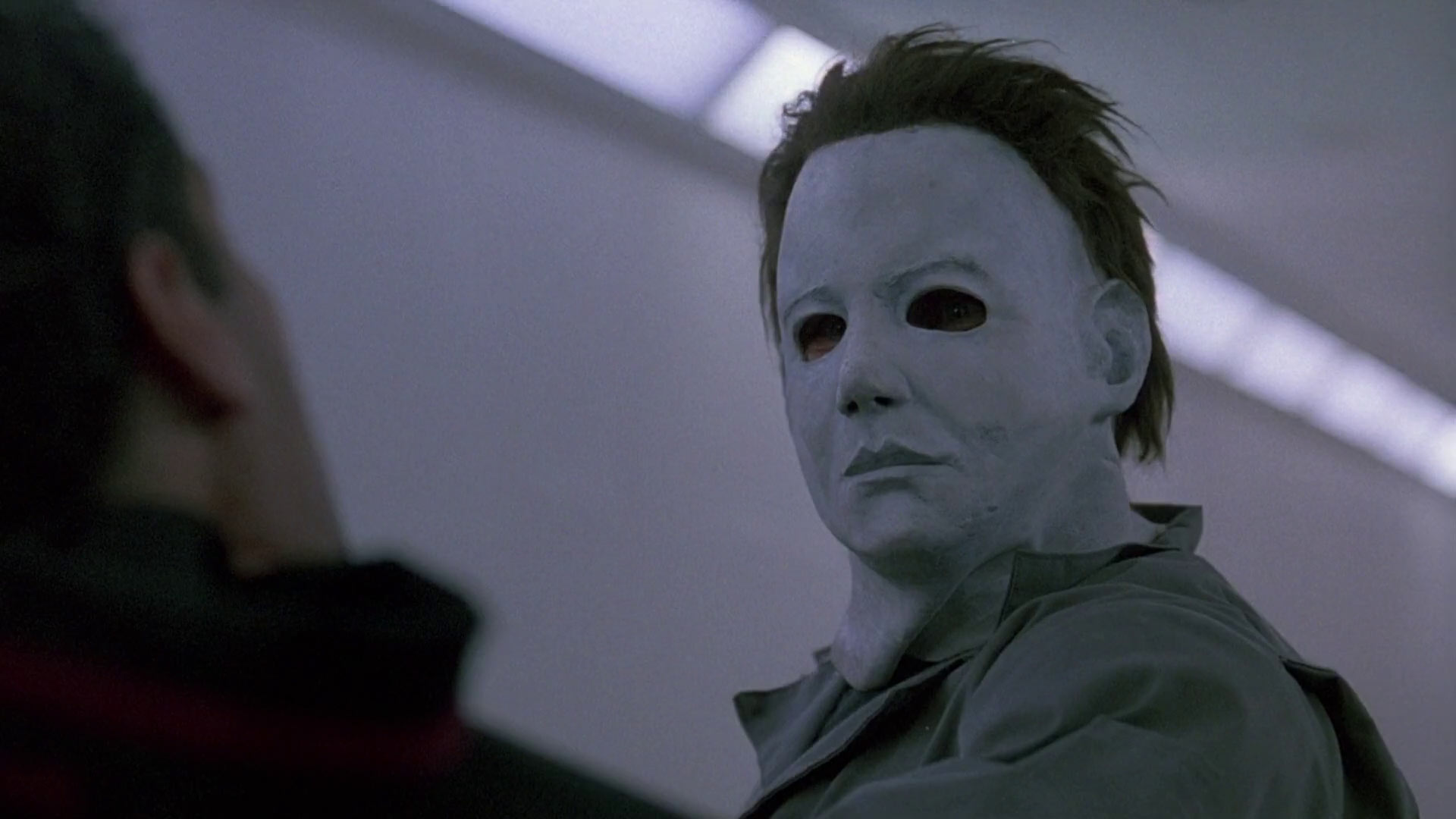 The whole story is kind of mess, with large chunks of it devoted to Myers’ backstory. Apparently he’s part of a cult, or a product of that cult even. They have this Thorn symbol that is very important. Meyers’ killing sprees tend to be on the Halloween nights when the stars are aligned in the form of a Thorn symbol. It all doesn’t really makes much sense.

But it’s not just story-elements. Entire scenes and characters fail due to sloppy writing. At one point a woman flees her house from Myers. She ends up in the backyard and is so in panic that she not only falls over, but also gets caught in the laundry that is hung out to dry. She is also surprised her backyard has a fence preventing her from escaping Myers. Another scene involves a body Myers is seemingly able to put in a tree on the busiest night of the year.

Donald Pleasance returns as Doctor Loomis in his final role. He seems more restrained this time. His Loomis character was more of a caricature in the last three movies. He was often raving and ranting about Myers and pure evil and blah, blah, blah. His fate in this movie is left open. At least in this version. In the theatrical cut he meets his demise at the hands of Myers, albeit off-screen. 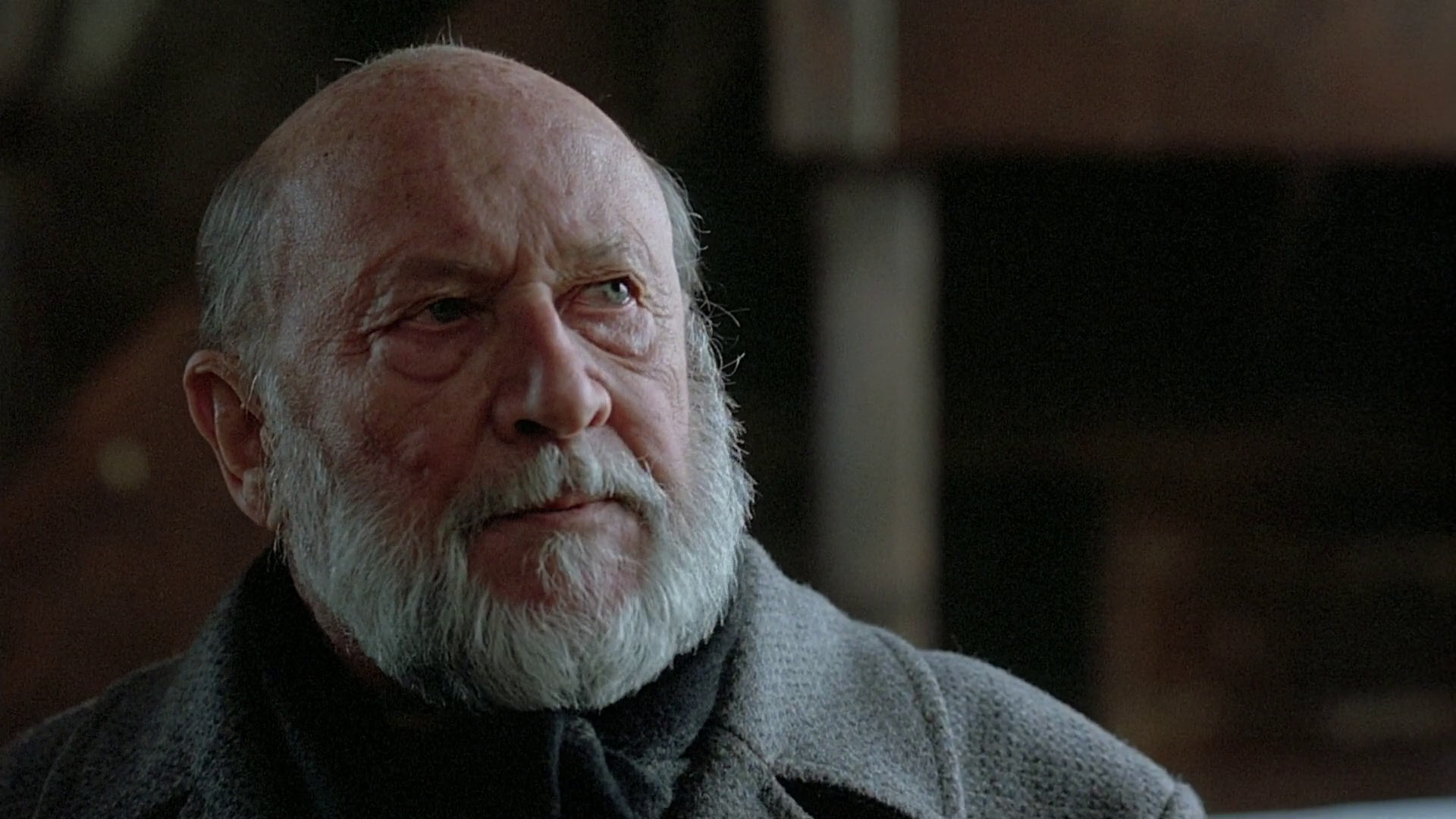 The most notable difference between the versions of this movie is the ending. In the theatrical cut Tommy Doyle beats Michael to a pulp. After leaving the scene the camera pans down to reveal that Myers’ body is gone and his mask is left behind. We then hear Loomis being murdered. This version has an entire different ending, one deemed too weak by the studio.

In this version Tommy manages to stop Myers by making a circle of rocks, or runes as they’re called. Standing in this circle, Myers is unable to move. This gives the last few survivors a way to escape. Loomis goes back in and finds Myers lying lifeless on the floor. When he removes the mask he discovers that it’s not Myers but the leader of the cult. Loomis then receives a Thorn mark on his arm, making him the next leader of this cult. The movie then cuts to Myers walking through a tunnel dressed as the man in black.

It’s a ridiculous ending, one that does not make sense at all. An unstoppable killing machine for 5 movies is suddenly allergic to a couple of stones? It’s stupid. The more brutal ending of the theatrical version is more consistent with the rest of the series. But the way it’s shot and edited make it not much better than this one.

When watching Halloween: The Curse of Michael Myers it becomes clear why the next movie would ignore all of the movies after part 2. The first time this series would start completely ignoring previous movies, but certainly not the last.

Halloween: The Curse of Michael Myers