After the successful return of Michael Myers in Halloween 4, Halloween 5 was released the very next year. The subtitle on the poster is “The Revenge of Michael Myers”. It’s probably there to make sure that the audience can expect another round of the killer with the bleached William Shatner mask. As if his enormous face on the poster doesn’t already convey that message. Also back are a whole bunch of characters from the previous movie. Most notably Michael’s niece Jamie (Danielle Harris), final girl Rachel (Ellie Cornell) and sheriff Meeker (Beau Starr). Also back is Dr. Loomis. Once again played by Donald Pleasance.

Halloween 5 picks up with a recap of the final showdown between Michael and the entire police force from part 4. We see how he meets his demise by a hail of bullets. Or so it seems. Apparently he falls down some sort of shaft. While the police blow up the shaft, which seems kind of excessive, Michael manages to escape from a back exit. Severely wounded he finds refuge with an old man living in a small hut.

Apparently nobody has bothered to look for Michael’s remains, because one year later he’s still living with the old man. As the movie jumps to Halloween eve 1989 something in Michael calls him because he suddenly puts on the mask and kills the guy he has been living with the past year. Michael is after Jamie again, who is now living in a mental institution. It runs in the family I guess.

The ending of Halloween 4 was probably the best part of that movie. As a throwback to the opening scene of the first movie, Jamie kills her mother thus taking up her brother’s mantle. That is all downplayed in this movie. The event is only a part of Jamie’s PTSD. The events have apparently also made her a mute. This is used as plot device since Jamie is now somehow mentally connected to her uncle. Whenever he’s about to kill someone she sees these events and goes into some sort of shock. Deciphering her charades-like way of communicating by others becomes one of the many tedious moments in Halloween 5. 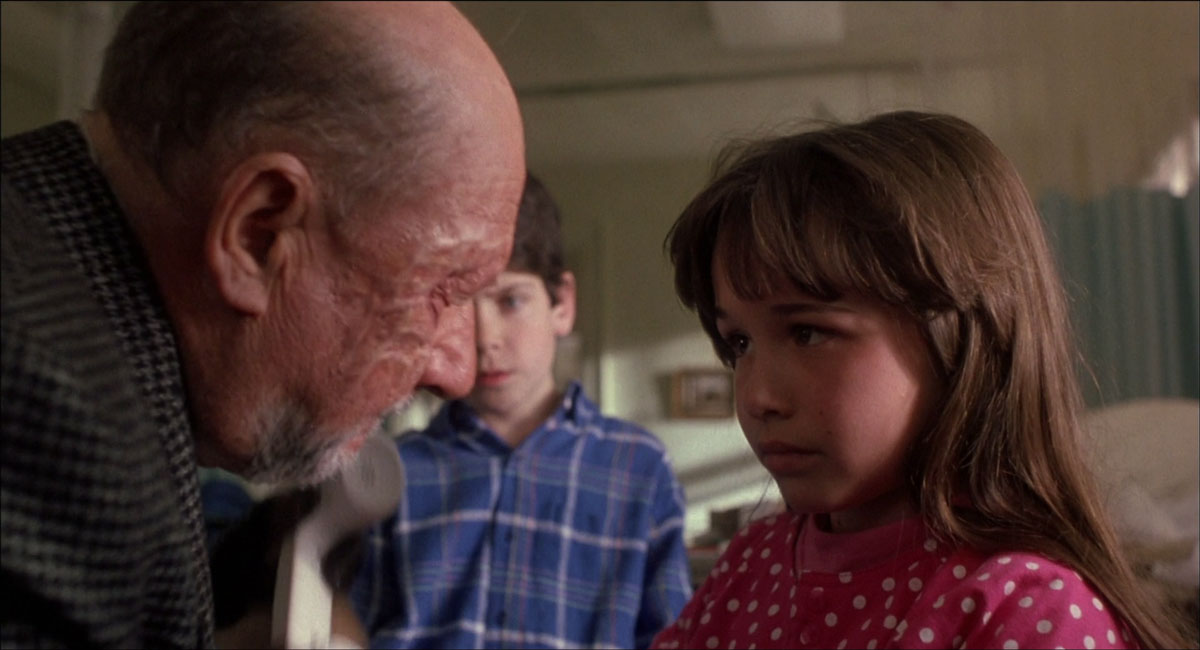 The biggest fault in Halloween 5 is the structure of the story. Slasher movies tend to have a very simple three arc structure. The first act introduces the future victims. The second act has the killer take out most of them one by one. The third act features the final showdown between the last few people alive. Halloween 5 mixes up the first and second act. Michael is already stalking and killing people, when there are still characters being added to the central cast. In true slasher cliche, the first to die of the main cast is the survivor of the last movie: Rachel. It’s a classic slasher trope, but it always renders a previous movie useless. Even more disturbing is that nobody of her friends even once realize that she’s missing. Even though they were all going to stay in the same house over the weekend. 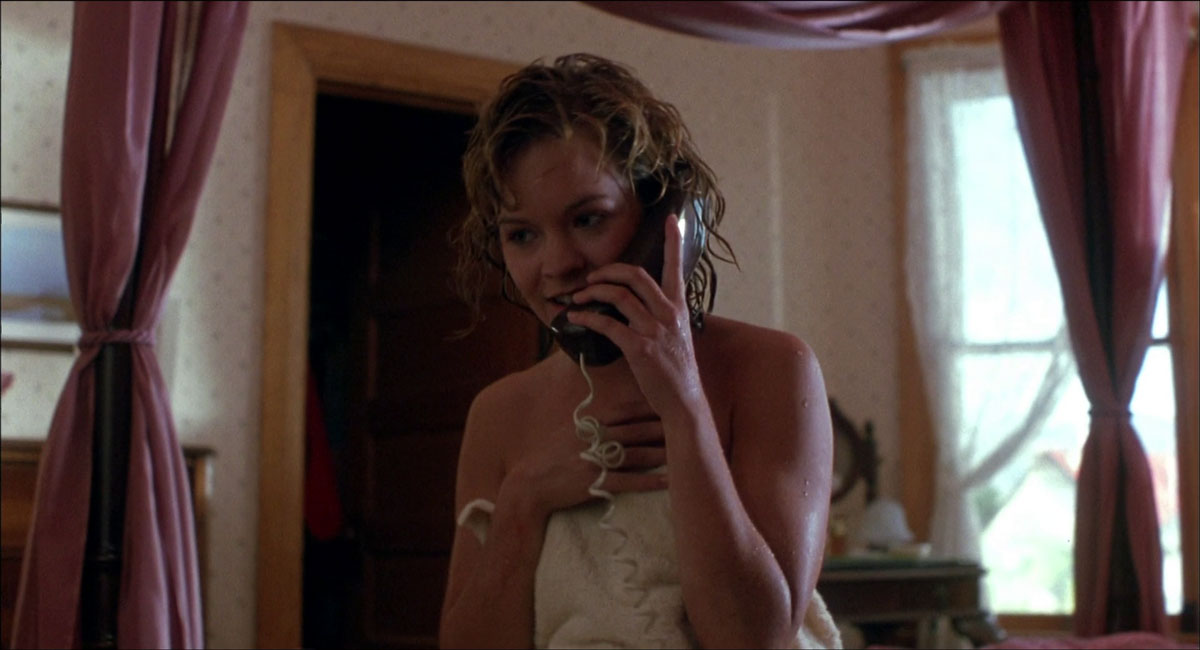 In Halloween 5 Michael Myers becomes a caricature. What once was a shape lurking in the shadows is now this unstoppable killing machine with the magical powers of evading the police. Even when he’s walking around town in broad daylight. In the original movie Dr. Loomis rants on multiple occasions about how he’s pure evil. In Halloween 5 he now has a sudden connection to his niece and even has a touching moment with her when he takes off  his mask to reveal his face. That scene feels like a magician telling you how a trick works.

Another way the movie tries to expand the mythos of Myers is by the addition of a nameless character dressed in black. He appears throughout the movie, but most of what we see of him are his boots and a specific tattoo he sports. He remains a mystery and is apparently a set up for the next sequel since the movie has an open ending. Quite literally this time.

While Halloween 5 isn’t a rehash of the first movie like part 4 was, there are a lot of recurring elements. One of the more stupid ones is where is a scene in which there is a person dressed as Michael Myers for Halloween. Not only did we already have a Myers lookalike in part 2, but part 4 also features a scene where several characters who dress like him. To me it seems that by now dressing up as Michael Myers for Halloween in Haddonfield is like dressing up as a Nazi-soldier for Hanukkah.

Myers also feels more of copycat of Friday the 13th’s Jason Voorhees by incorporating a variety of farm tools. I find this to be rather ironic since Friday the 13th was originally a low budget Halloween rip-off. A fine example of how the student becomes the teacher. 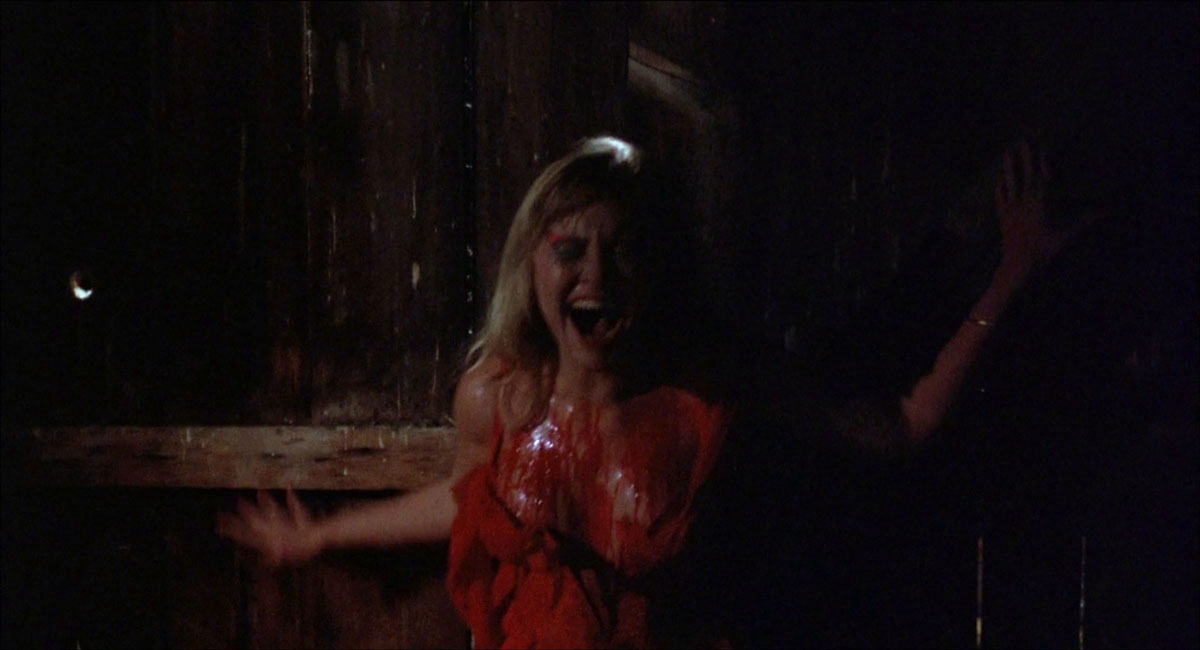 As as slasher movie, Halloween 5 is serviceable. It features a couple of decent kills. Halloween 5 also looks better than part 4. Mostly due to the direction of Dominique Othenin-Girard. But even he can’t save the rather weak script and delivers a movie that has a serious pacing problem. Most notably during the second act.

Halloween 5 is an unnecessary sequel. At least in the way it has been set up. Maybe the movie would have been better if they went with the history repeating angle by having Jamie be the new psycho of the franchise. Then again, maybe they should have just let Michael Myers rest in piece. But as long he is bringing in large sums of money, that will never happen.

Halloween 5: The Revenge of Michael Myers