Finally after 5 years I got to see the Grindhouse project by Rodriguez and Tarantino in its original form, they way it was meant to be. For those of you who aren’t familiar with the story behind Grindhouse, let me fill you in: in 2007 these two directors wanted to recreate the grindhouse sleazy B-movie feel by making a double bill: two movies for the price of one with some added fake trailers and commercials, all in a typical 70’s style, meaning that throughout both movies the image looks worn, reels are missing and the subjects of the movies, trailers and commercials are all a throwback to the 70s and 80s. Rodriguez’ Planet Terror is an over-the-top homage to zombie movies and Tarantino’s Death Proof is a more serious approach to old chase and slasher movies. 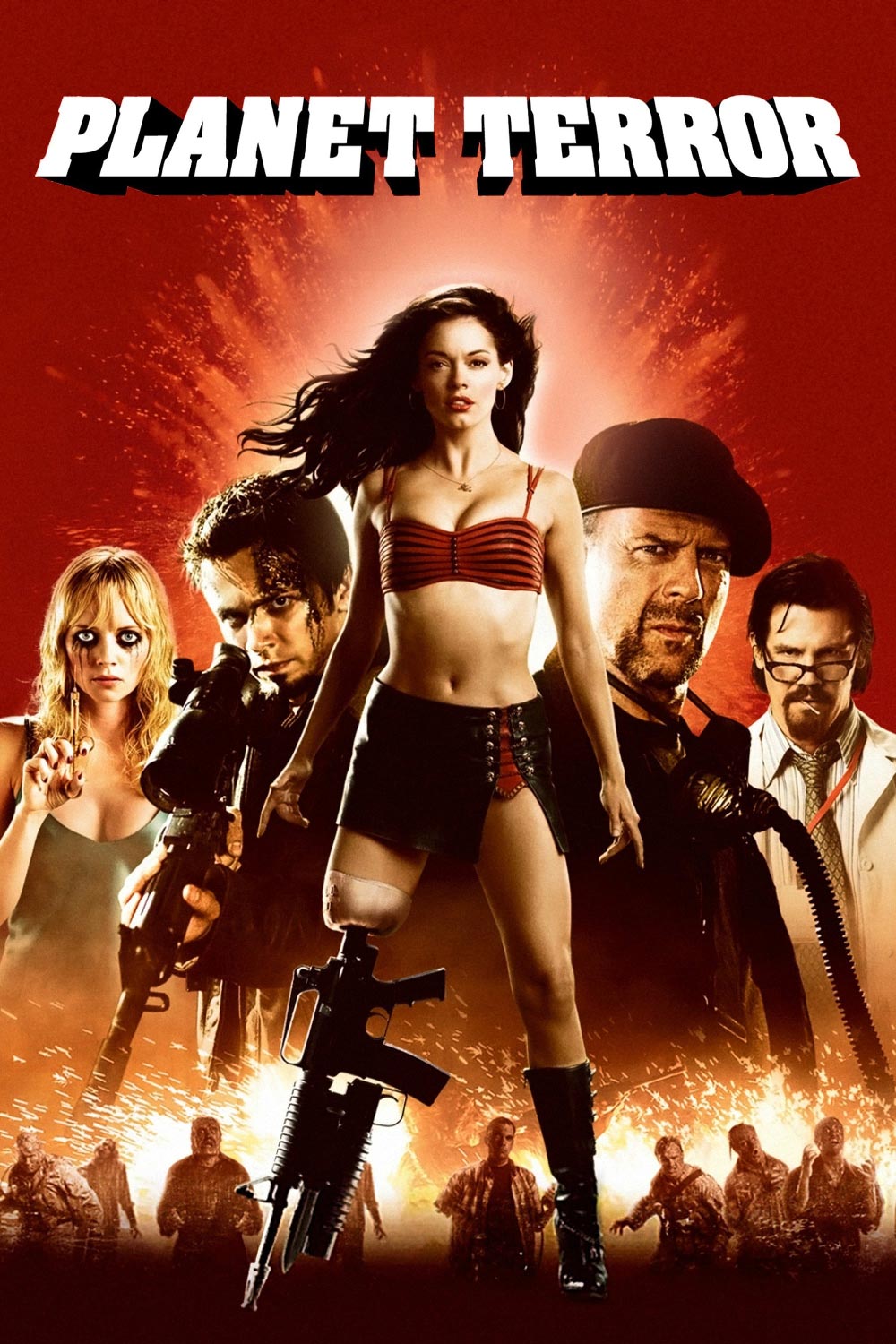 In Planet Terror a small town is overrun by a zombie apocalypse due to some strange toxic gas that escaped a nearby Military Base. A small group of people turn out to be immune to the virus but find themselves under attack from every direction. It has small parts by famous people like Bruce Willis and Fergie tom the Black Eyed Peas and larger parts by genre regulars like Michael Biehn, Jeff Fahey and Tom Savini. This movie is drenched in over-the-top gore and violence. Nasty puss spitting wounds, bodies torn apart and people exploding leaving icky goo all over the camera lens. The icing on the cake is provided by Go-Go dancer Cherry Darling who’s amputated leg gets replaced by a machine gun. It’s a movie that’s sometimes hard to watch but in a good way. The puss effects in particular are really nasty took look at and reminded me of the scene with the ear in the custard in Peter Jackson’s Dead Alive. 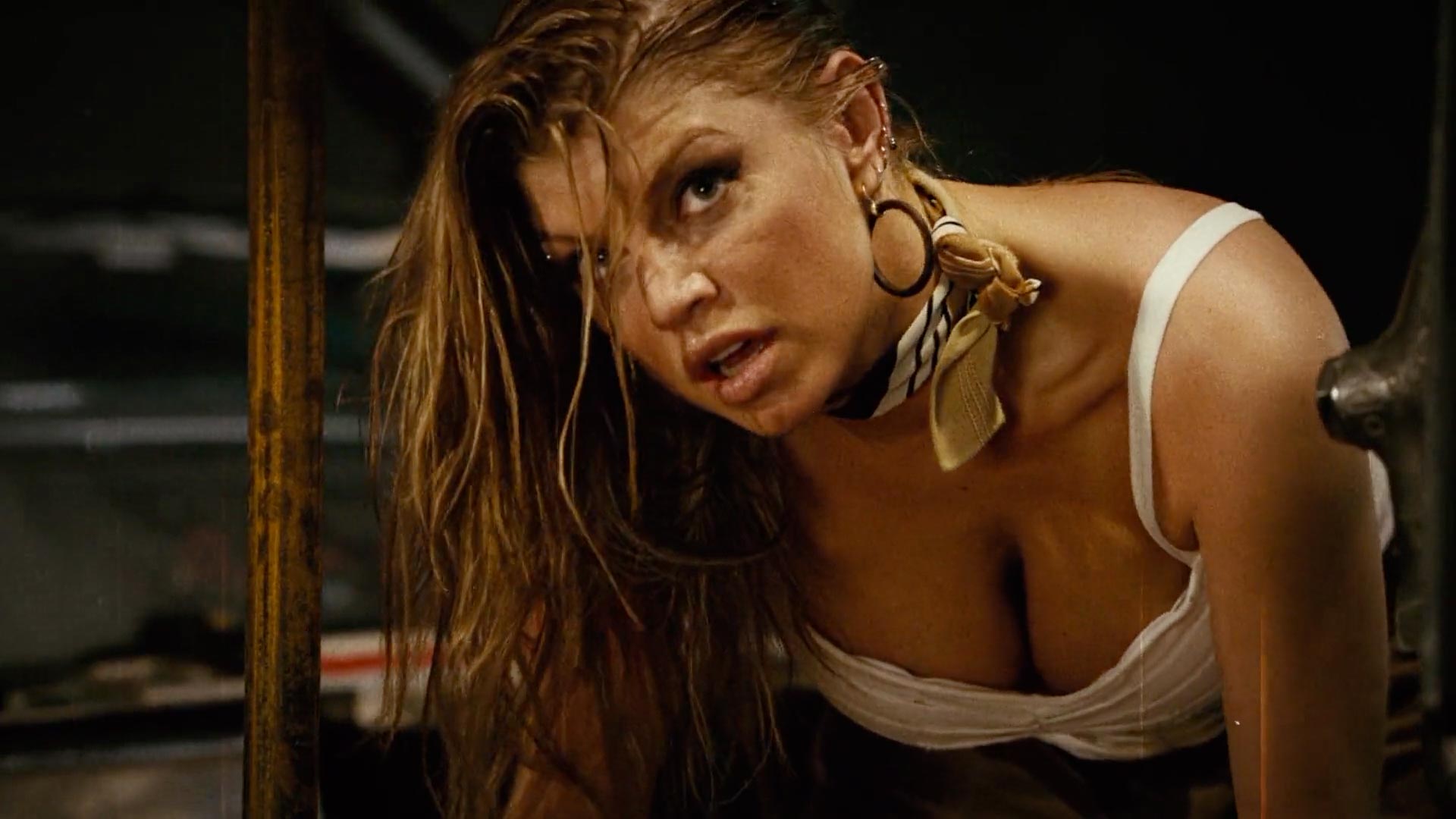 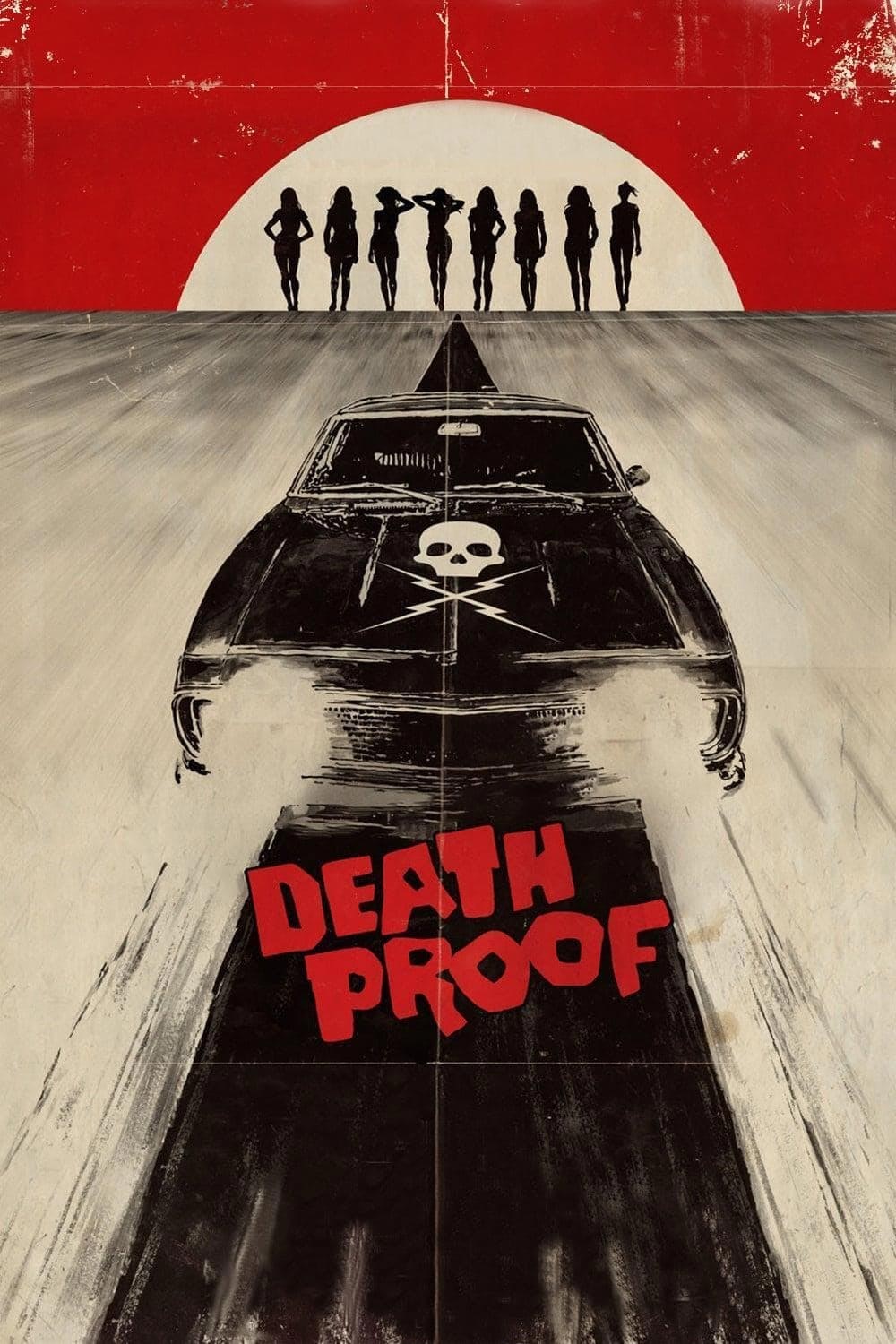 The second movie features a group of girls who are going out on a night of partying in a small bar, before being killed by the crazy Stuntman Mike who uses his car to kill hot young girls. Then it features a new group of girl who are next on Stuntman Mike’s list, but little did he know that these girls are professional stuntwomen and have a lot of fight in them.

Every movie of Tarantino seems to be a love letter to a genre long gone. The blaxploitation, Kung Fu, Crime and Western genres have all been given one and with Death Proof Tarantino creates his own slasher movie, with a heavy dose of old chase movies thrown in to the mix. Sadly Death Proof is the lesser movie of the two. It drags a lot, mostly due to the structure which is this movie’s biggest flaw. The first hour we follow a group of women, get to know them but no matter how much Tarantino dialogue they utter we never really get attached to them. Then after 30 minutes or so the villain, Stuntman Mike, enters the movie, and after twenty minutes or so of people talking and drinking in the bar they all go home, until Mike decides to kill them with his “death proof” car. With everybody dead except Mike we meet a new group of women he has set his eyes on and plans to do the same. Now the first hour is all prologue and should have been trimmed to 15 minutes or so after which we would follow the other group which then could given more screen time in which the characters could grow on us more.

Watching these movies together is a more richer experience then watching them apart like we were forced to when the studio decided to split them up. Both movies are set in the same location and make references to each other. Planet Terror features Dr. Block and her father Sheriff McGraw, Death Proof has a short scene with them fighting which makes no sense if you haven’t seen Planet Terror just before that. Planet Terror makes a reference about the death of Jungle Julia, one of the main characters of Death Proof. Planet Terror is just set a day, maybe two after Death Proof. 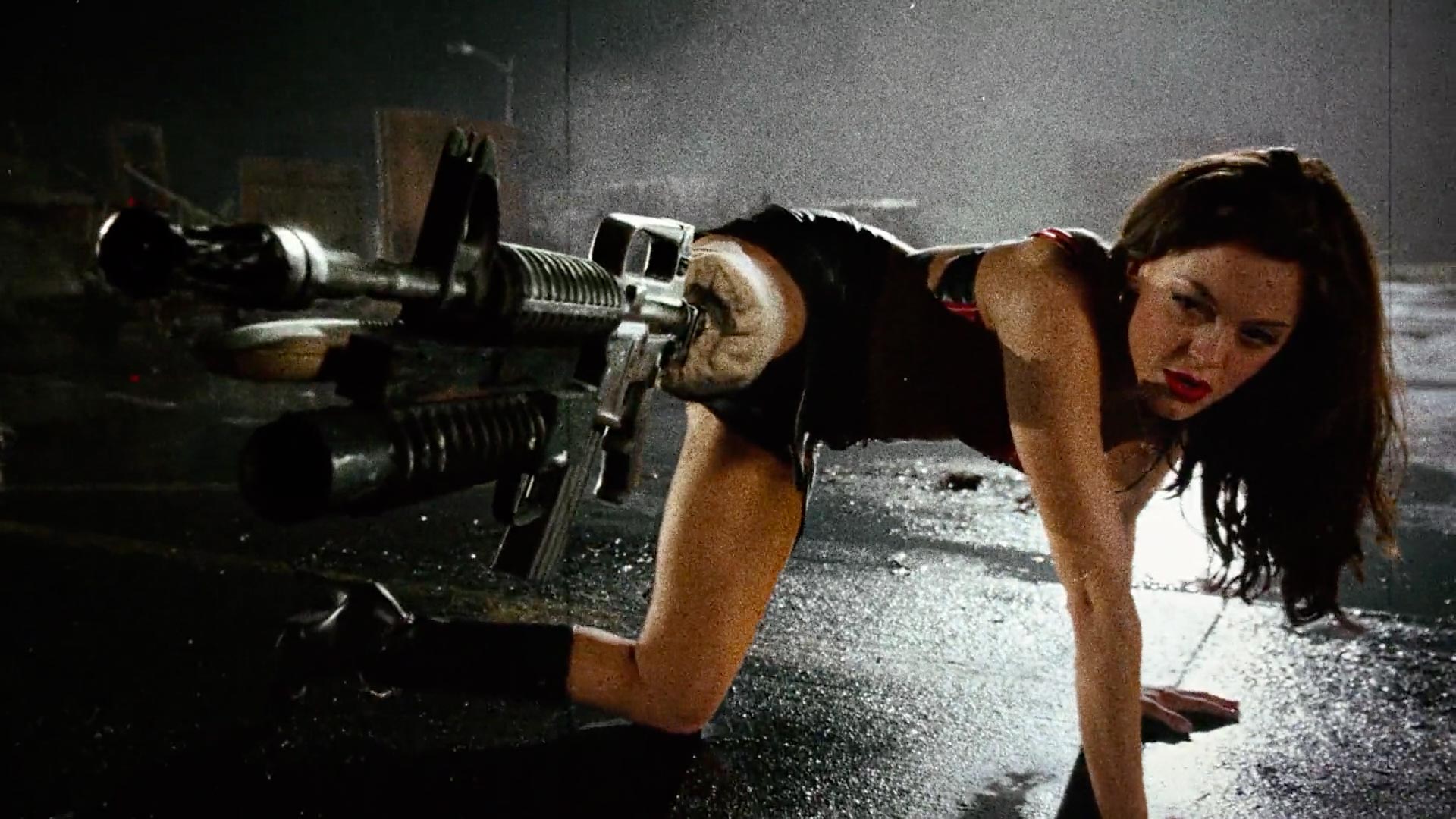 The trailers add to the experience, but one or two would have been enough. I understand they are mimicking the way trailers looked and sounded 20 years ago, but especially “Don’t” and “Thanksgiving” become tedious really quickly.

This is a fun double bill, but it the target audience isn’t really that large so it sure isn’t everybody’s cup of tea. It has little mainstream appeal and while Planet Terror embraces its schlocky roots and has fun with it, Death Proof takes itself too serious and becomes a movie that is actually a B-movie instead of being movie that is poking fun at and paying an homage to B-movies. Both guys really did a good job in recreating the feel of those old movies full of mindless violence an gratuitous nudity. Like those old movies both movies have lots of close ups of tits and asses tucked in tight shirts and even tighter pants. Even though the movie is full of added scratches the special effects are way better than they were 30 years ago which makes this movie somewhat ironic: there’s millions of dollars invested to create movies that were originally made for a nickel and a dime.