Friday the 13th Part VII: The New Blood is the penultimate movie in the Paramount Friday the 13th franchise. It’s also a movie that has to reach a certain standard since the previous movie, Jason Lives, is the best of the Friday the 13th movies so far. Luckily it has an interesting concept and the Jason shown on the promotional material looks awesome. Surely this will be a great movie.

In Friday the 13th Part VII: The New Blood we finally leave the Tommy Jarvis storyline behind us. Whatever became of him? God only knows. It’s funny how a character that has been the protagonist for three movies in a row is simply just ignored. Never to be mentioned again. He’s probably still in therapy somewhere. He clearly still had plenty of issues in Part VI. But like the title promises us: it’s time for some new blood. Enter Tina Shepherd. A girl with psychic powers. Buckle up, it’s Jason vs. Carrie! 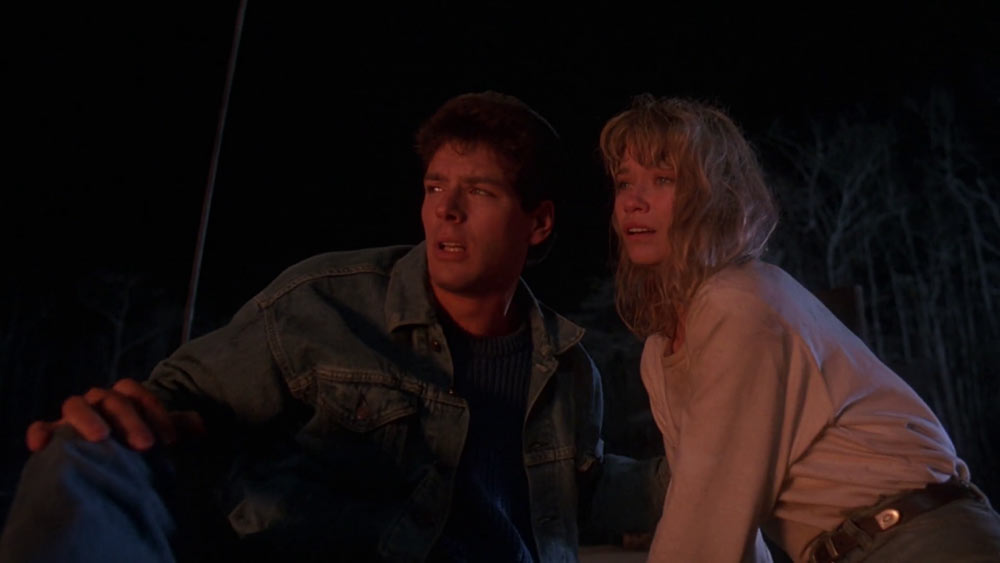 Should this be your first Friday the 13th movie, don’t worry, because Friday the 13th Part VII: The New Blood begins with a recap of the previous six movies. Well not exactly a recap, but the guy who played Crazy Ralph in the first two movies brings us up to speed about who Jason is. he even talks about the “Death Curse”. Good to have you back Ralph. His voiceover is accompanied by a super-cut of Jason’s kills. Hell, it’s basically a “best of” montage. They do cheat as they show murders from the first and fifth movie. Movies in which Jason wasn’t the killer.

Jason is still where we left him: at the bottom of Crystal Lake. Which means that after Tommy left him there at the end of Part VI nobody bothered to retrieve the body from the lake. We then cut to a young girl running from her house when her dad is performing some good old domestic violence. When he follows her she accidentally murders him with her psychic abilities. This also just happens to be at the same spot Jason is floating dormant in the lake, stuck to a boulder. And by the way: how many houses and camps are there at this lake? And why do people still live here, considering the immense body count of 6 previous movies? 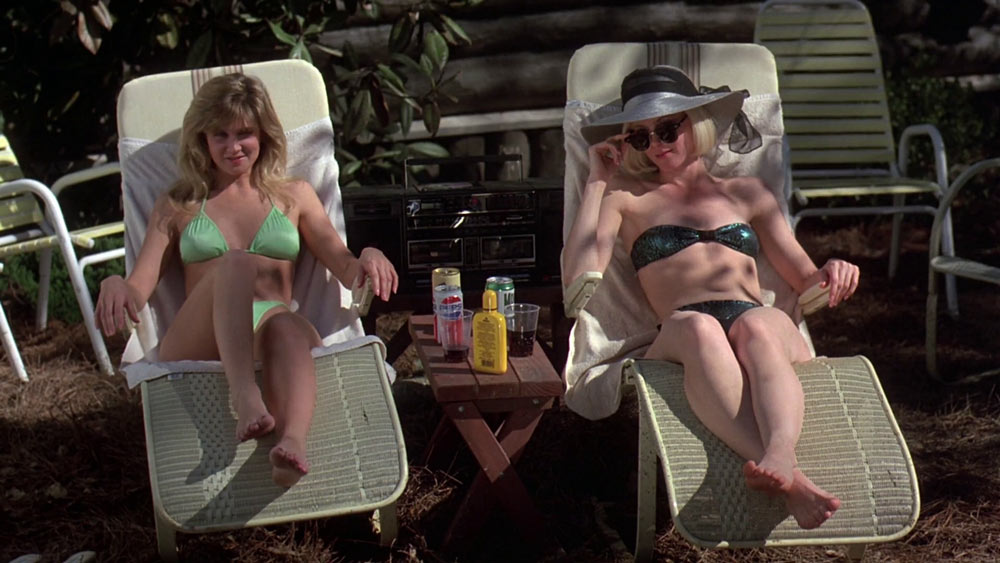 Cut to ten years later when the young girl is now a teenager. Her doctor thinks it’s a good idea to go back to her home for the weekend, to help her deal with her trauma. There is a house next door where a group of young teens is organizing a surprise birthday party for a friend. It’s the standard horror movie group of friends: the hunk, the bitch, the nerd, the black guy, etc. They’re all here. When something upsets Tina later that day her psychic powers awaken Jason. He manages to get out of the lake and is now on the loose.

In my reviews of some of the previous movies I noted how all of these movies take place in the future as the timeline is very inconsistent. Part V, released in 1985, took place in 1989. Part VI probably a year later. Because of the time jump to Tina as a teenager this movie takes place around 2000. That is funny considering the movie is as 80’s as it can get.

It’s best to ignore the whole time aspect of the movie, seeing as the movie does this also. 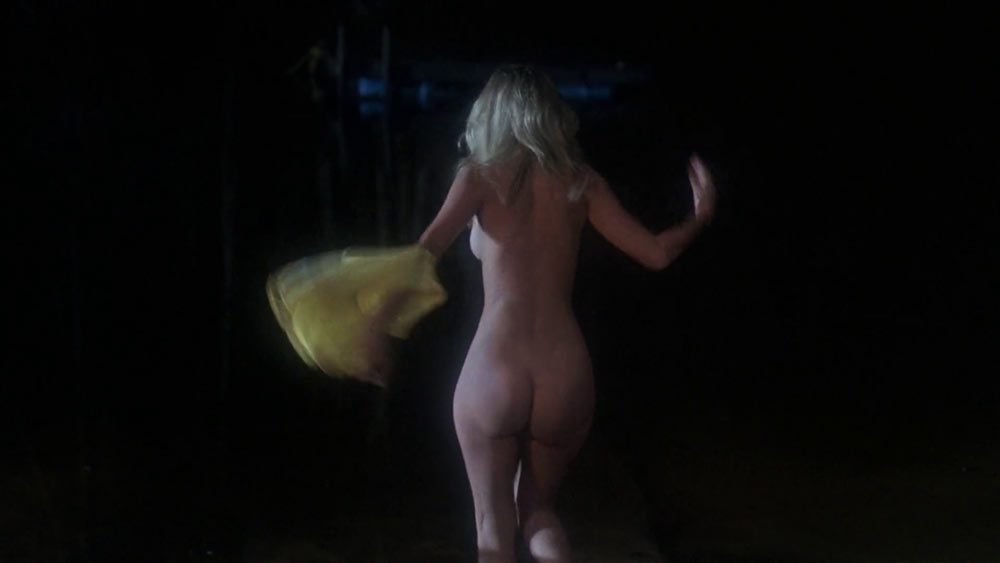 Friday the 13th Part VII: The New Blood is a notable step back again for the franchise. Part VI was a surprisingly funny movie. It was basically a spoof of the Friday the 13th movies. This movie almost throws out all of the humor in favor of a more serious approach. Except once or twice when Jason kills a person with a gimmicky tool like a weed whacker or even a party favor.

This movie also has the sleeping bag kill. Which has become a classic. 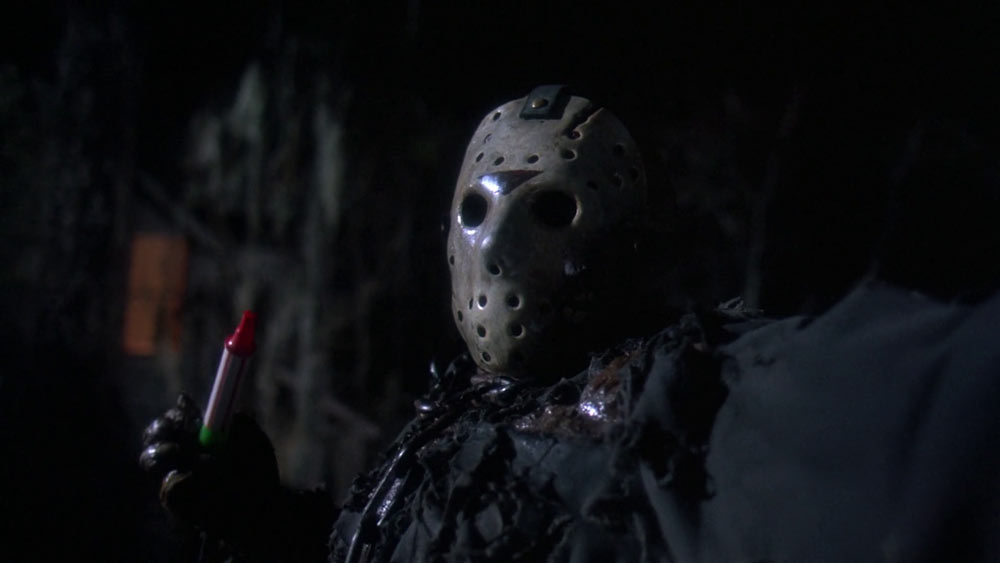 It doesn’t help that most of the kills have been trimmed to show the bare minimum of gore in order to receive an R-rating. In terms of gore this is the tamest of all the Friday the 13th movies. And this franchise was launched on the premise of elaborate gory death scenes. It’s largely what people are here for. Think of a comedy, but with the jokes removed in order to secure a rating.

Like a couple of the previous movies the characters are almost all stock characters. They have little to no development aside from the aforementioned stereotypical character traits. They don’t leave much of an impression. I have seen this movie once or twice before, but I had no recollection of any of these characters. That’s how forgettable they are. 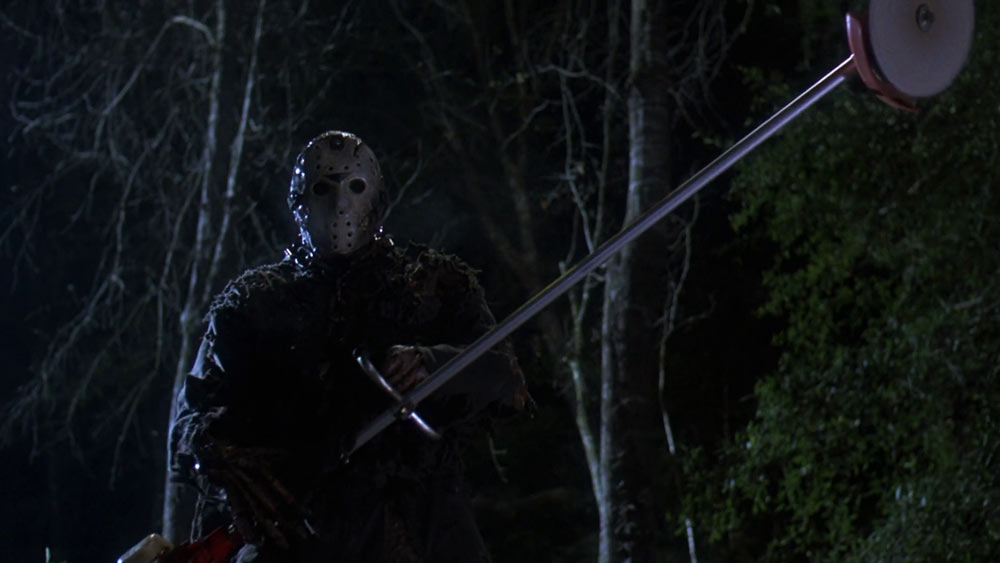 The high concept of the movie is of course the showdown between the supernatural Jason and the psychic Tina. It’s an interesting concept and one that actually works. In the early movies Jason was very much a human. He got hurt plenty of times. Now that he’s an unstoppable zombie the playing field needs to be leveled a bit. A girl with super powers is just the thing the doctor ordered. And since Tina is only at Crystal Lake due to her doctor, that saying actually never felt more appropriate.

It’s the finale that gives the movie a redeeming factor. It makes up a little bit for the rather tedious previous 70 minutes. It’s awesome to see Jason getting strung up by an electrical cord or him getting a bunch of nails shot at him. he really has met his match. 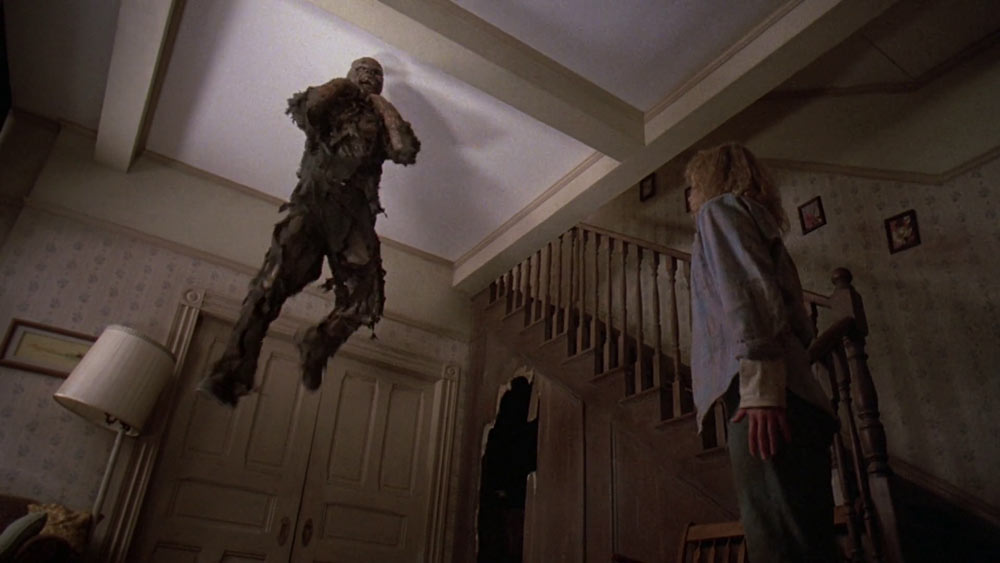 As weak as this entry is, aside from the finale there are other things in the movie that are memorable. This is Kane Hodder’s first appearance as Jason. He would become the fan favorite Jason actor as he portrayed him in 4 movies. The only actor to play this character multiple times.

There is also the look of Jason, which has become somewhat of the definitive Jason. In my opinion both Friday the 13th Part VII: The New Blood and Jason X have the coolest looking Jasons. In this movie the mask is damaged, his spine is partially visible and Jason no longer looks like a mongoloid behind his mask. 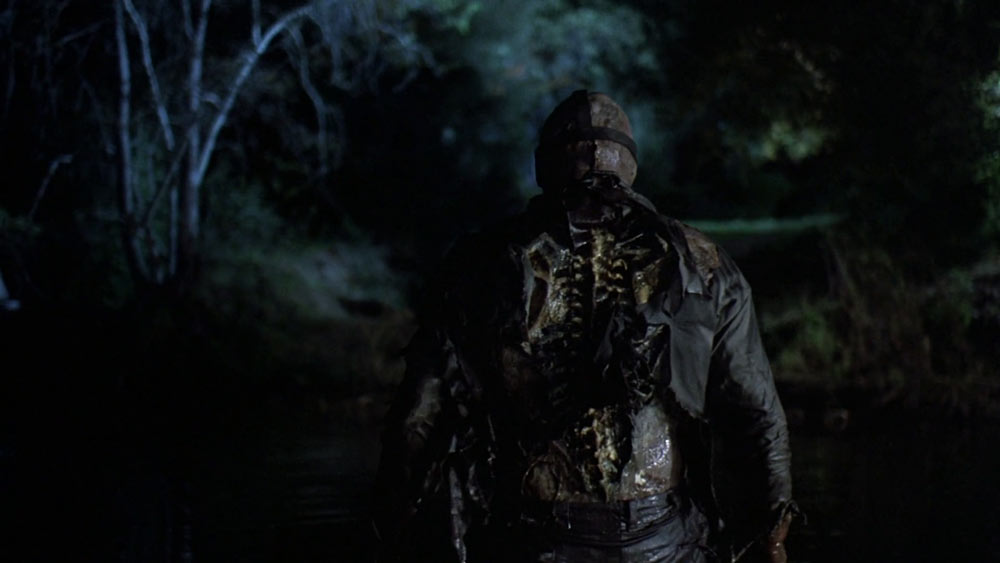 It’s strange how Jason’s look varies so much from movie to movie as his wardrobe isn’t that complex. Yet in every movie he looks different. The outfit, the attributes, the mask and of course his face. Freddy Krueger’s make-up also changed a little over time, but with Jason his look completely depends on whatever the special effects guys come up with each time.

These movies try to have a continuity with all the direct sequels and recaps, yet at the same time fail so hard at even maintaining the look of the main character.

Friday the 13th Part VII: The New Blood has it’s moments, but after the fan favorite Jason Lives it’s a disappointing experience.