Pam Grier, the queen of Blaxploitation, stars in Friday Foster as the titular character. She is an ex-model magazine photographer who finds herself in the middle in a conspiracy after she witnesses and photographs an assassination attempt on the richest black man in America: Blake Tarr. While she’s trying to figure out who’s behind it all, the hit men are trying to silence her permanently.

The character of Friday Foster is not as bad-ass as Coffy or Foxy Brown. As a photographer with a Grier plays a more vulnerable character this time. Especially against the main assassin who is none other than Apollo Creed (Carl Weathers) himself. This doesn’t keep her from doing stuff like stealing a hearse and chasing Creed’s silent assassin all over town. She even follows him into an abandoned building. This is one of the more weaker moments of her character’s intelligence. But what she lacks in intelligence she makes up for with her looks. As her boss tells her, she has a “cute little behind”. 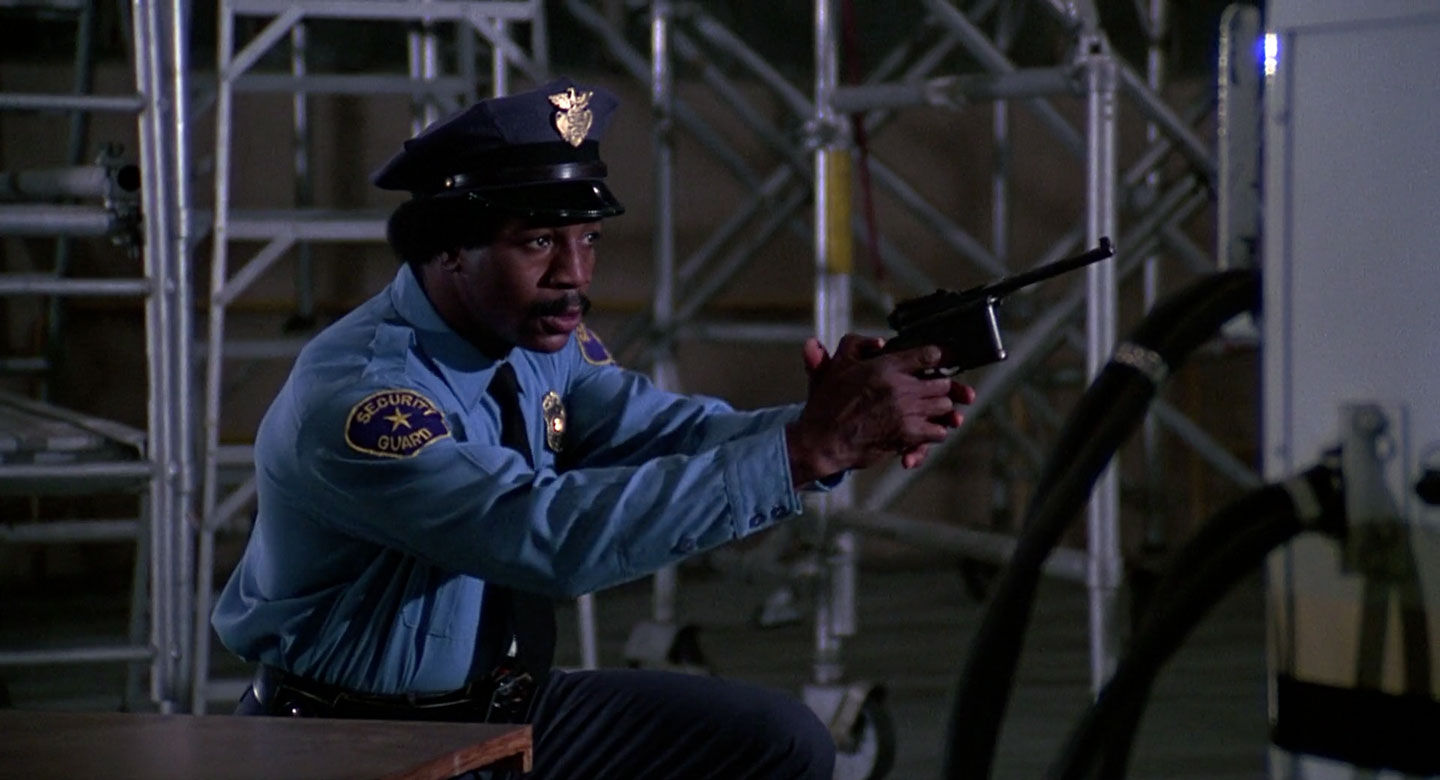 The reason I’m pointing this out is because the movie presents Friday as a smart woman. She is capable of uncovering a conspiracy, though she does point at the wrong person until the finale. She is also not reliant on welfare or prostitution to make ends meet. So going into an abandoned building alone to follow a guy who almost murdered her twice seems like a break of character.

Much like most of Pam Grier’s early work Friday Foster contains plenty of gratuitous nudity. Though nothing extreme or even sleazy. There are a couple of scenes which take place backstage at a fashion show. Many of the girls there walk around topless. Grier herself also has two short nude scenes. She is taking a shower when Weathers bursts in to murder her. This is followed by a chase scene through her apartment building with her wearing nothing but a towel. 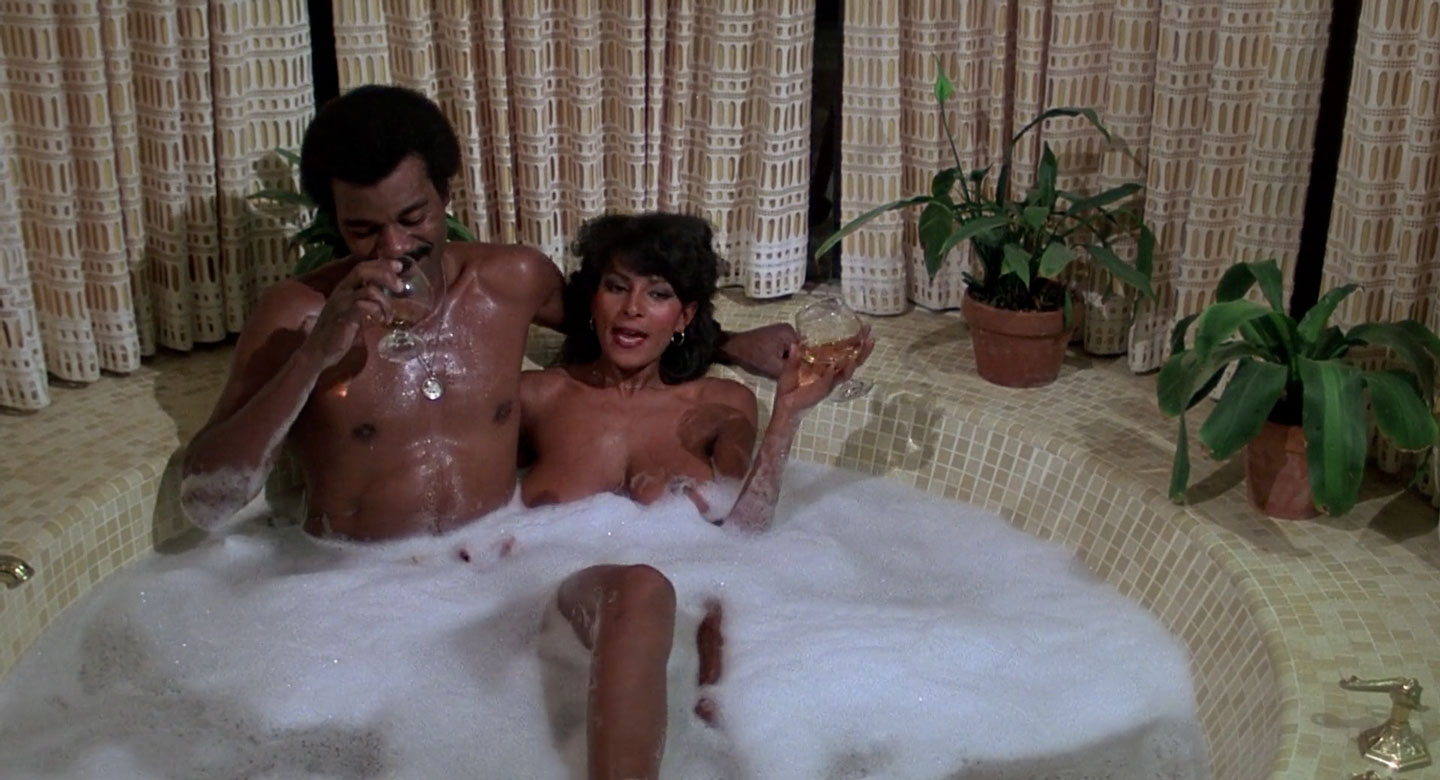 She also has a sex scene with Blake Tarr who talks her into his bed with only a couple of lines of dialogue. Must be the money I guess. The two of them sitting in a jacuzzi was also one of the images the studio used in the promotional materials. That tells you all about the unique selling points of this movie. It’s scenes like this that keep Friday Foster in the realm it originates from: the sleazy B-movie blaxploitation genre.

Friday Foster has a running time of a mere 90 minutes and the story moves along at a brisk pace. The tone of the movie is rather light and though Weathers is a capable hit man, the deaths are never really gritty like they were in Coffy. The light tone probably probably comes from the source material: Friday Foster was originally a newspaper comic. 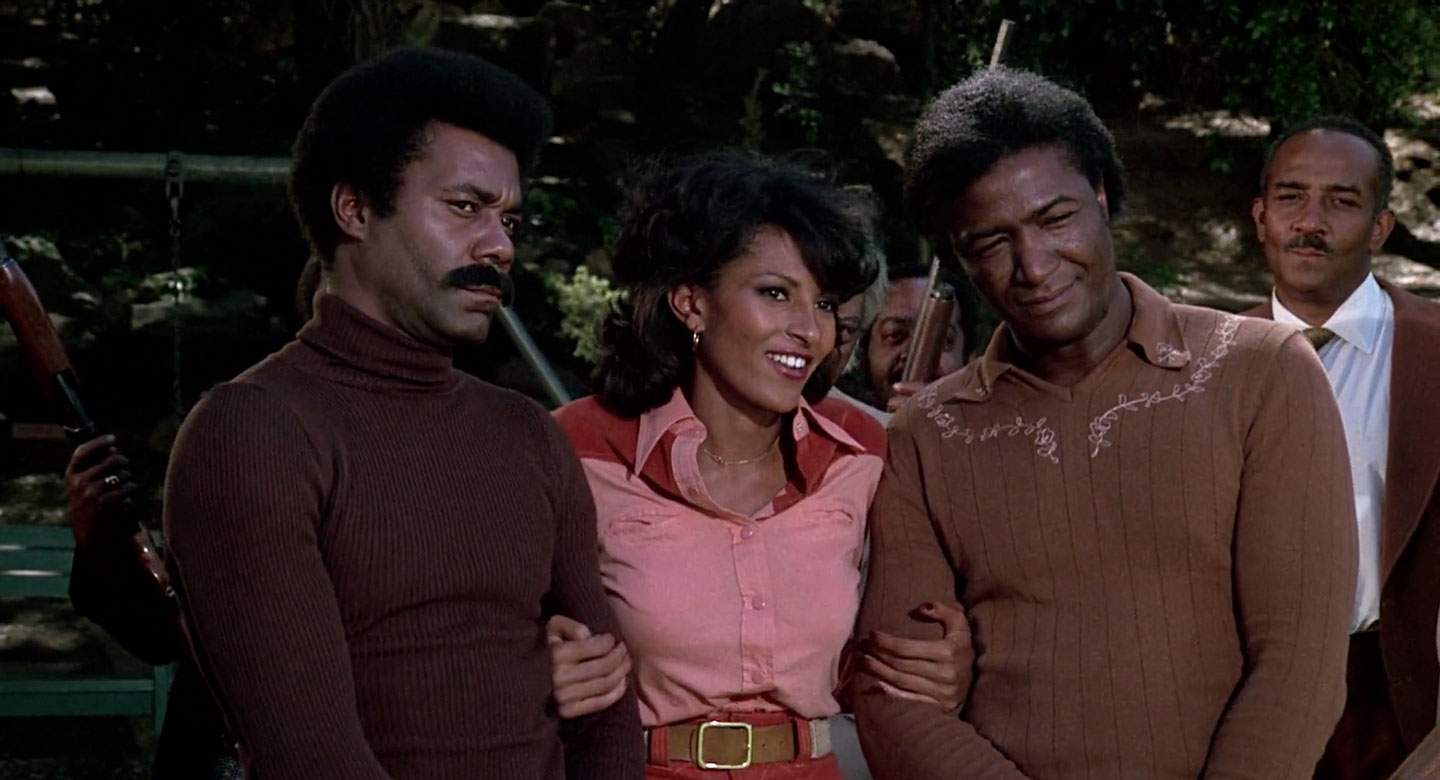 As with a lot of blaxploitation movies Friday Foster has her own soul theme. It’s not a really memorable tune. But the inclusion of a theme song does give a movie the feeling they makers were actually trying to create a solid product instead of just cashing in on the latest trend. There are also some nice action scenes in the movie. The most memorable scene being a rooftop chase and fight between Yaphet Kotto and Weathers. The fact that this was done long before green screen gives it something extra. 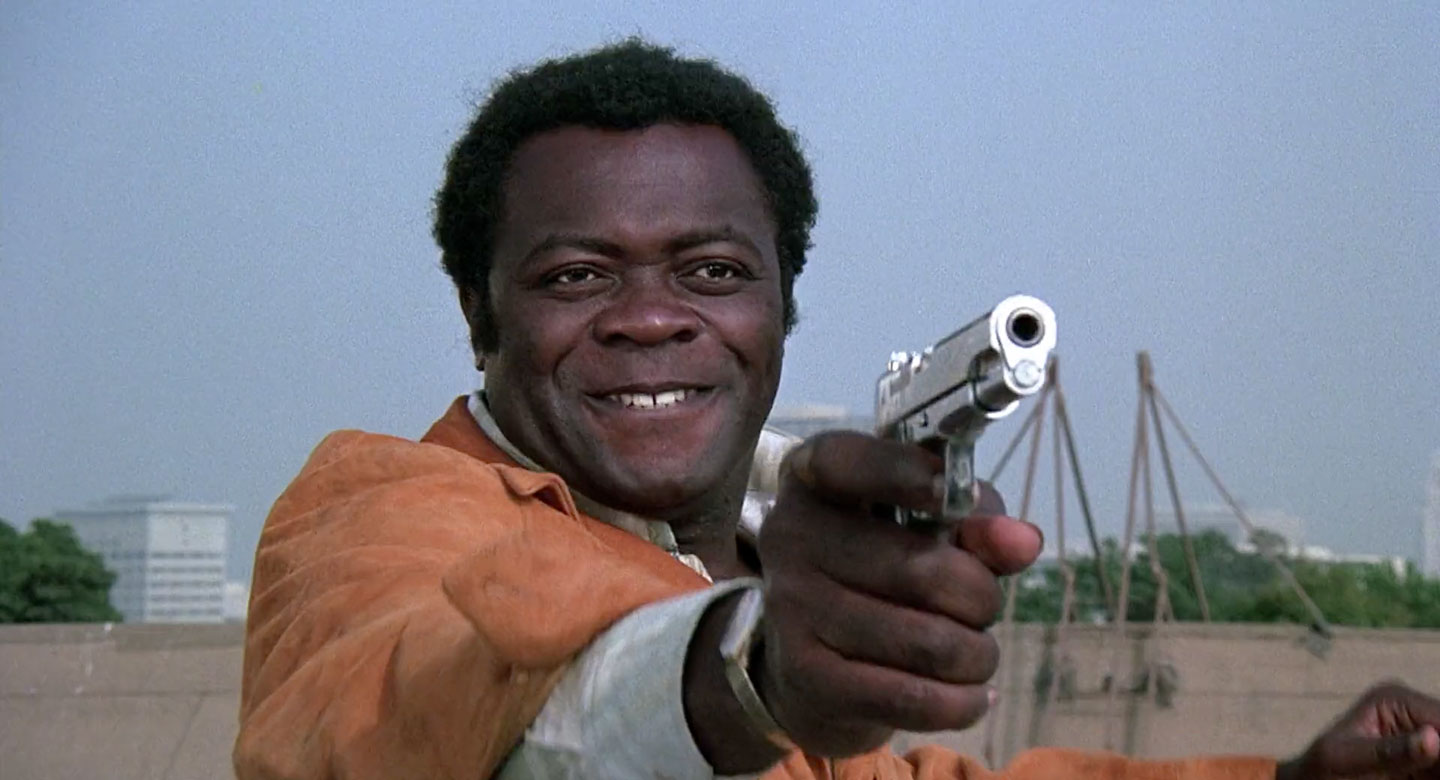 One of the more fun aspects of Friday Foster is all the familiar faces that show up. The cast of Friday Forster consists among others of Carl Weathers (Rocky 1-4), Yaphet Kotto (Live And Let Die), Scatman Crothers (The Shining and the voice of Jazz in the Transformers cartoon), Eartha Kitt (Catwoman in the 60’s Batman show) and Ted Lange (Bartender Isaac from The Love Boat). A cast like that gives this movie something extra.

Friday Foster is an average, maybe even slightly above average, blaxploitation movie and due to the light tone it never made the impact Coffy or Foxy Brown did. While fun to watch Friday Foster isn’t all that memorable. People watching this to see Pam shed her clothes are in for a disappointment as none of the two short nude scenes show us that “cute little behind”.