The moment the mask of Jason Voorhees was pulled into the ground by the glove of Freddy Krueger in the final shot of Jason Goes To Hell people started speculating when there would be a movie that put these two horror icons against each other. Something which was possible because movie studio New Line Cinema, which already owned Freddy, had obtained the rights to the character of Jason. Fun fact: they only obtained the rights to the character but not the Friday The 13th title. That’s why all the movies released after Part 8 used the name Jason: Jason Goes To Hell, Jason X and now Freddy vs. Jason.

It took them 10 years to make this movie. Guess it was pretty difficult to think of a way to have these characters enter each others universes. Remember, this was long before cinematic universes were developed. There have been some horror crossovers during the 50’s, but the concept of two horror icons facing off was pretty new and has not been done since.

In terms of style and substance Freddy and Jason could not be further apart. Friday the 13th’s Jason was the result of the success of Halloween. A movie that traded suspense for gore while trying to cash in on the sudden slasher craze of the late 70s/early 80s. Freddy came four years later and was a rather original take on the slasher genre. The dream element gave the makers all the freedom they want to create outlandish ways for people to die, whereas most slashers were stuck to using the usual kitchen and garden appliances. Freddy vs. Jason provides each character with something new. Jason is taken out of Crystal Lake and placed into both Springwood and the dream realm. Freddy is provided with a supernatural opponent for the first time. 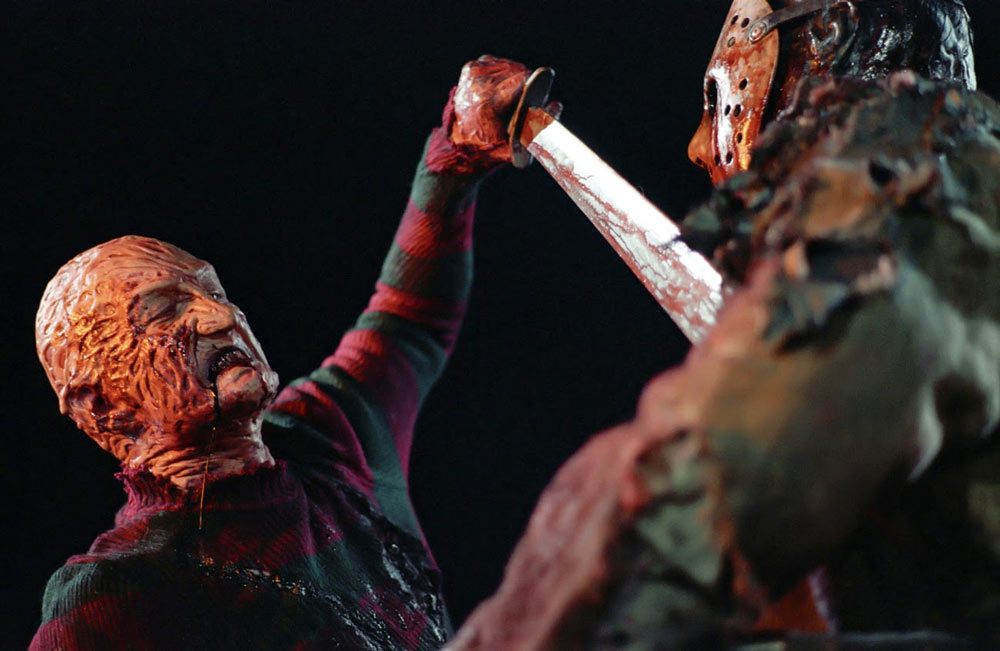 The plot, despite being rewritten multiple times, is fairly simple: Freddy is stuck in Hell and can’t terrorize teenagers anymore because he apparently derives his power from being feared. Since they have erased him from Springwood history, teens nowadays have no idea who Freddy Krueger was. His plan: send Jason to Elm Street to kill some teenagers and therefor have people talking about him again. Or as he puts it: “He may get the blood, but I’ll get the glory, and that fear is my ticket home.” But when Jason keeps on killing teenagers after Freddy has regained his power, he grows frustrated and decides to take him on.

As always with these movies, there is a group of teens around. What makes these teens different is that they are pretty quickly aware of what is happening and at one point are even driving the sedated body of Jason around. Now there is a first. This time the teenagers have to take a backseat to let these two icons do their shtick to each other. Even though they’re secondary characters, most of them are pretty memorable. One of the teens is played by Kelly Rowland from Destiny’s Child, there’s a character based upon Jay from Jay & Silent Bob walking around and a guy that reminded me of Miles Teller. Also, two of the main girls, Monica Keena and Katharine Isabelle, have the tendency to walk in tight shirts and sweaters which shows of their rather well endowed chests. Call me sexist, but that was quite memorable as well. 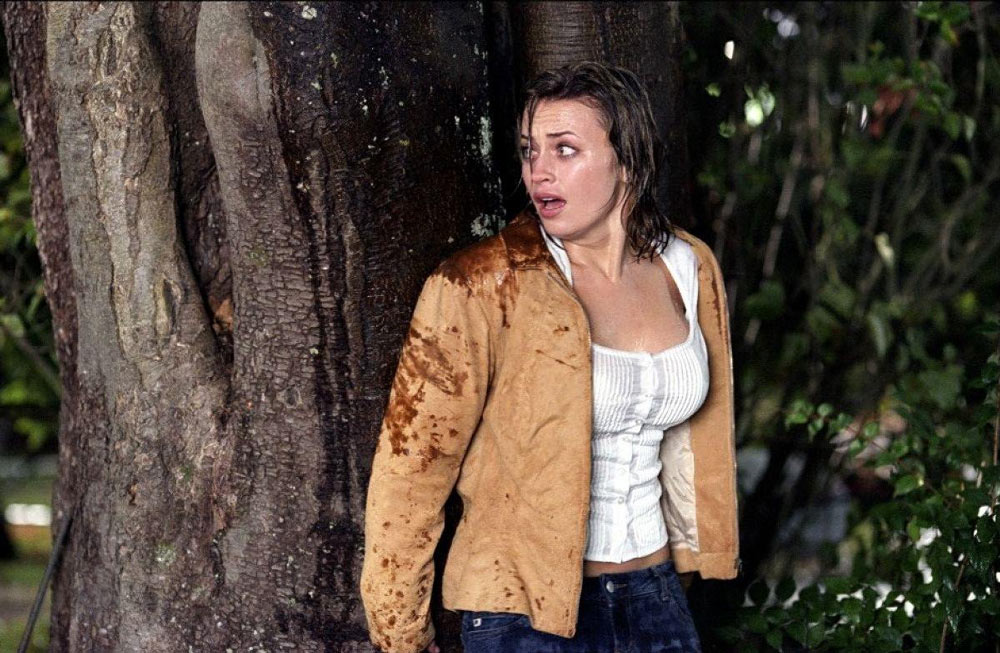 Freddy vs. Jason is by no means a masterpiece. But considering the quality of some of the entries in both of these franchises, it’s one of the better movies. The story has a lot of inconsistencies when you look at the established mythology behind both of these characters, but you have to take in check that these characters where never written as part of a shared universe. Suddenly Jason is afraid of water, whereas Freddy has a fear of fire. It doesn’t make much sense, but it gives the writers something to work with. These characters are immortal enough as they are.

What you would expect from a movie like this, is that it incorporates the best of both worlds. Sadly that is not the case here. Jason gets some fun kills keeping the spirit alive of later Friday installments, but Freddy comes up short. Most of the dream sequences are of the standard boiler room variety instead of the more outlandish sequences we saw in Elm Street 3 and forward. Though the demon caterpillar does go high on the W.T.F. Elm Street moments list.

This is a fun movie that delivers on its basic premise. Too bad it has an ambiguous ending. It would have been awesome if the Blu-Ray would incorporate this option to choose between two different endings. Endings in which either character wins. In hindsight they should have released the movie in theaters with two different endings without any statement about it at all. It would have driven audiences crazy, require multiple viewings of fans and be responsible for the flooding of message boards.

That is one way to never be forgotten Mr. Krueger.