Final Destination 3 is a breath of fresh air after the second movie was a carbon copy of the first movie. Aside from the whole “new life cancels Death’s plan” element which was the only attempt to deepen the mythology. But Final Destination 3 takes the concept and runs with it, then flips it upside down, adds all sorts of new elements and is a whole different beast compared to the previous two movies. I don’t know how they came up with this stuff, but I’m glad they did. This is The Dark Knight of the Final Destination franchise.

Just kidding. This is exactly the same movie as the previous two movies.

Final Destination 3 does have a good opening accident. The first one tapped into the fear of flying. Something a lot of people tend to have. The massive car crash from the seconds seems a bit more far fetched. Mostly because nobody has ever seen logs fall off a truck and bounce on the freeway plowing through cars. Final Destination 3 taps into the general fear of rollercoasters making it a lot more relatable than the tree logs in part 2. Thrill rides are supposed to be scary so the element of fear is natural here.

By now you should know the drill. A teenager has a vision of her and her friends dying in a horrific accident. This person panics preventing a group of people from getting into this accident. But shortly after all the survivors start to have a fatal accident one by one. 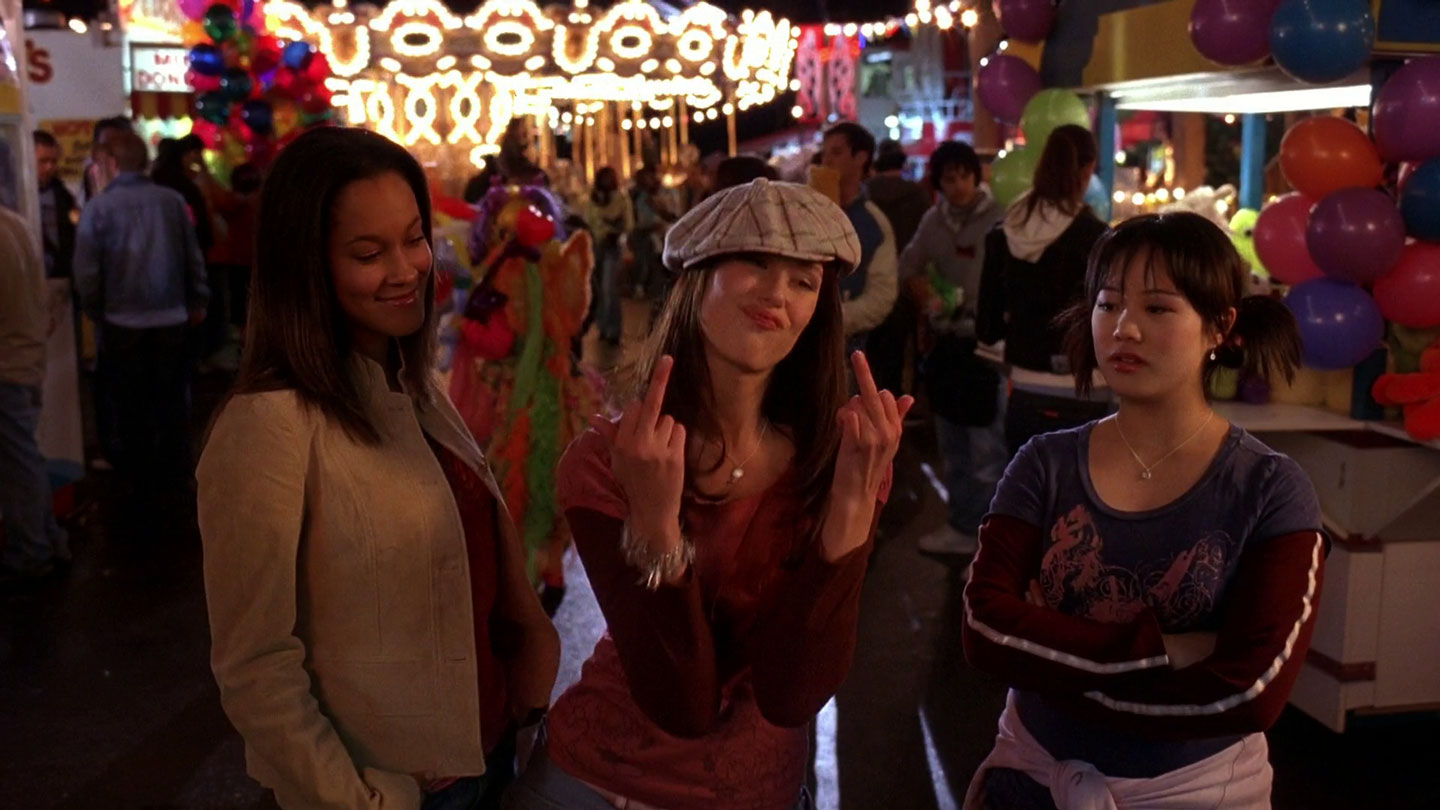 Much like Final Destination 2, the third installment uses the first movie as a shortcut for the characters to come to a realization of what’s going on. Once again someone reads up about flight 180 and the events afterwards and figures that the same thing is going on here. The deviating element this time are a bunch of photos the main character, Wendy (Mary Elizabeth Winstead), took just before she got the vision. It turns out that in each of these photos there’s a clue as to how each survivor is going to die. And that’s it. That’s the only fresh element in this movie.

Once again most of the focus lies on elaborate death scenes. The gore the merrier so to say. In Final Destination 3 people die by burning to death, getting shot in the head with a nail gun, impalement and a variety of other visceral ways. The movie basically revolves around these scenes with some filler in between. Most of it mystery filler. There were two people on the rollercoaster Wendy is trying to identify so she can warn them about what is going on. But in the end it’s just a means to give her something to do while all of her friends/fellow students end up in freak accidents.

The original Final Destination was a clever take on slasher movies by making the killer Death itself. A supernatural element you can’t actually fight or run away from. But now that we are already at the third movie in what can become a long running franchise. They can just keep churning these movies out until the box-office numbers reach a point where it’s just not profitable any more. Currently there are five movies, but it’s just a matter of time before somebody decides to either do reboot or remake. Or even another sequel like last year’s Halloween movie.

Final Destination 3 is a classic slasher movie that embraces a lot of the the usual tropes. The most obvious element is the inclusion of two ditzy teens named Ashley and Ashlyn. These are the token sluts who end up doing this series’ first nude scenes. They are also the first to go. With the team behind the first movie returning I was expecting a return to more subtle and realistic deaths. But instead they just try to one-up Final Destination 2 by going all out. 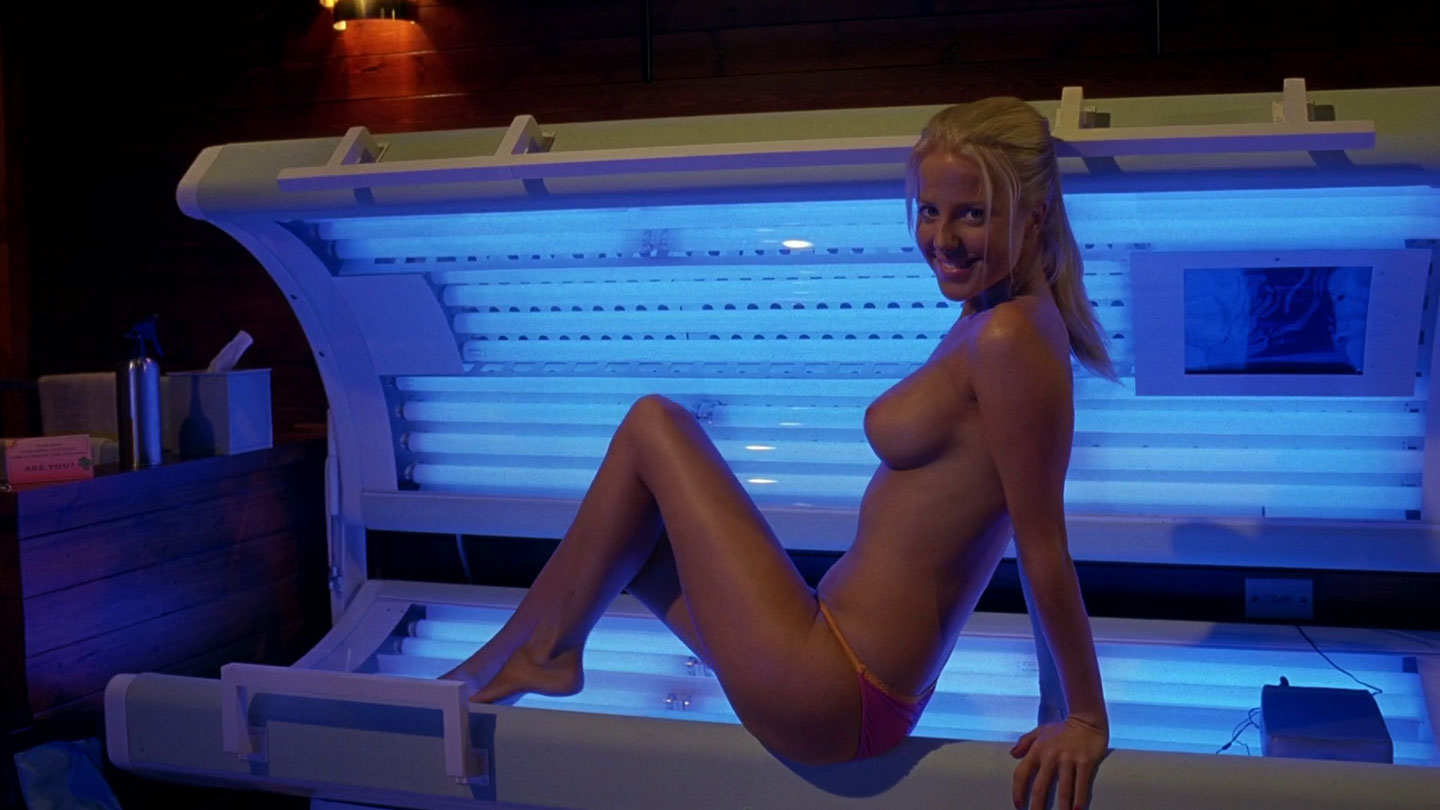 Even the characters are mostly stock characters. The emo kids, the annoying younger sibling, the school hotties, etc. It’s like the cast of the Breakfast Club ended up in a slasher movie.

Final Destination 3 does have its moments, but will mark the moment that the deaths between movies became a blur. A year from now I can’t differentiate between Final Destination 3, 4 and 5. Save for the opening scene of course, which is actually shown on the poster. There are no real jump scare moments like the bus and airbag scenes from respectively the first and second movie. Scenes that make you go “I did not see that coming”.

In fact, if there’s one thing is can say about the Final Destination sequels it’s that we saw these movies coming from a mile away.