Generally considered the magnum opus of his career, “Faster, Pussycat! Kill! Kill!” is Russ Meyer’s highly quotable cult action movie about three go-go dancers taking a girl hostage after killing her boyfriend and trying to rip a bunch of cash of an old man living in the desert with his two sons. The movie is also known for influencing directors like John Waters and Quentin Tarantino as well as being the template for such movies as Bitch Slap.

When three strippers are racing their cars in the desert they come across a young couple. The guy wants to do some time time trials while his bikini wearing girlfriend Linda (Susan Bernard) times him. The alpha-female of the strippers, Varla (Tura Satana), challenges him to a race which she wins, but turns into an argument afterwards. They get into a fight and she breaks his neck. Since they have a witness in Linda they decide to kidnap her until they figure out what to do with her. In a nearby town they witness an old cripple man being aided by his muscular, but dimwitted son. The talkative gas station attendant mentions how the guy was injured by a train accident and that he’s received a great sum of settlement money. Intrigued, Varla hatches a scheme to rob the guy, and the three women with their captive in the trunk follow him back to the ranch. 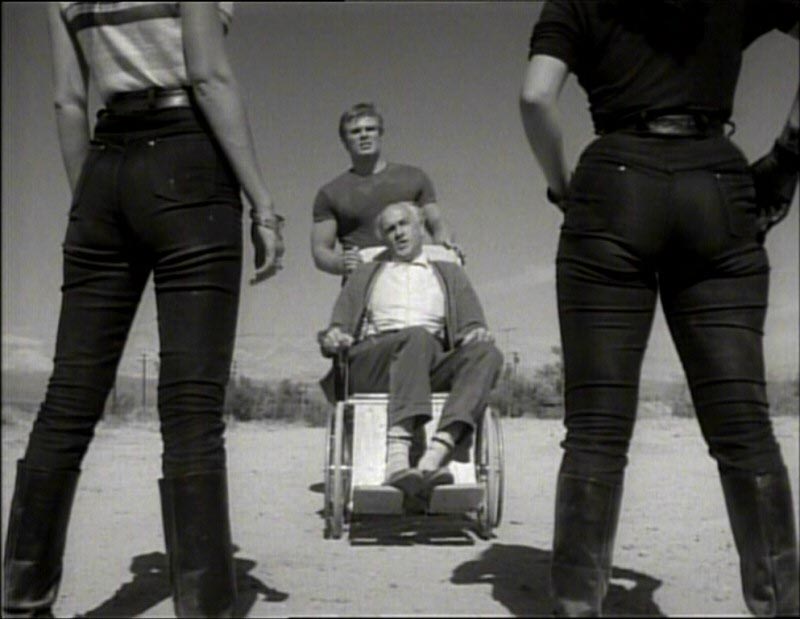 Faster, Pussycat! Kill! Kill! marks a notable change in the way Meyer made his movies. Still in his “Gothic Period” this seedy black and white movie was the first (and last) movie Meyer made to feature no nudity. Aside from Tura Satana as the wasp-figured Varla, the other female characters aren’t a well-endowed as the stars in the previous movies Meyer made, though none of them are flat-chested of course. The movie benefits from this as it seems much more focused on the plot, rather than throwing in some lengthy scenes full of gratuitous nudity like these girls going out skinny dipping for no good reason. Meyer does tease us with this, as one of the scenes early on in the movie has Billie (Lori Williams) jump into a stream of water with her clothes on. Rosie (Haji) is instructed by Varla to get her out, something which turns into a cat fight. In a previous Meyer movie they would all have gone in the water and bathed for several minutes, by having them fight he makes it clear this movie is not like the ones that preceded it. 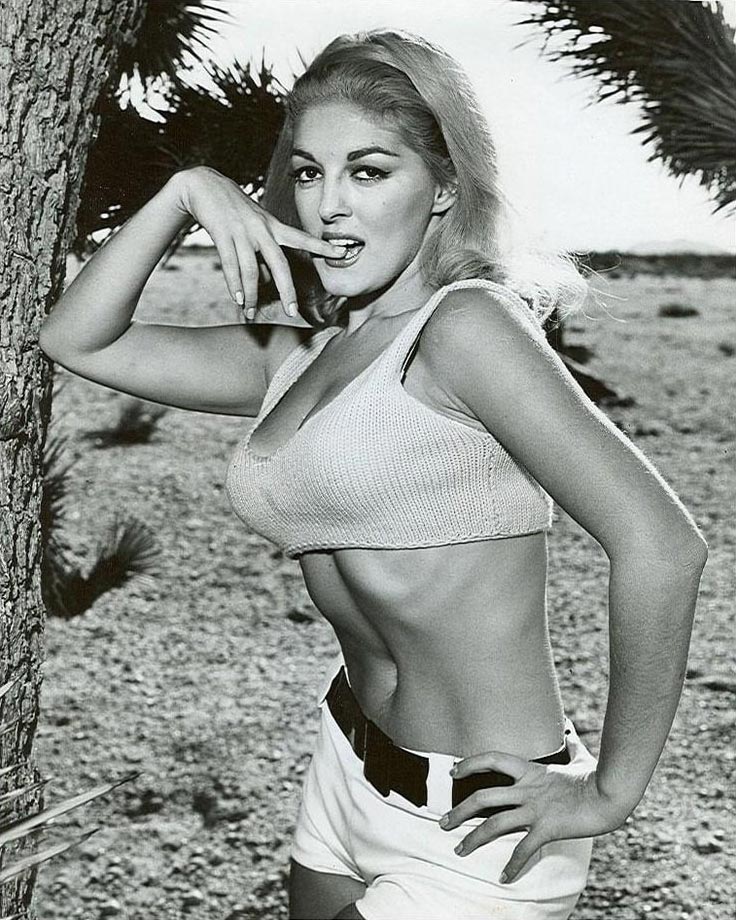 There is also a refreshing reversal of gender here. Where women were once just objects of lust or mere victims of violence, in Faster, Pussycat! Kill! Kill! they are the ones who are responsible for the violence and sex. That is made abundantly clear as soon as Varla not only gets into a fight with a man, but also wins and breaks his neck on purpose. This might be one of the earliest forms of girl power on display here. Even the choice of clothing could be considered revolutionary for the time as the old man remarks at one point: Women! They let ’em vote, smoke and drive – even put ’em in pants!
Once at the farm both Varla and Billy at one point try to seduce one of the old man’s two sons making even the sex initiated by women instead of men, which was the case in all of Meyer’s previous movies.

Tura Satana dominates the screen as the gang’s leader Varla with her fierce looking eye-lashes, wearing a skin-tight suit, her breasts firmly tucked in but still with a lot of cleavage on display. They are her weapons. The other two are less “butch”, especially Billy who is more a care-free blonde. Varla also seems to be a bit more thick compared to the other women in Meyer’s previous movies. Of course all of these women were cast mostly on their looks, rather than their line-delivery skills. Satana does give us a deliciously evil Varla, but she never brings any real depth to the character. Haji has a thick accent and Williams is a better dancer than an actress. 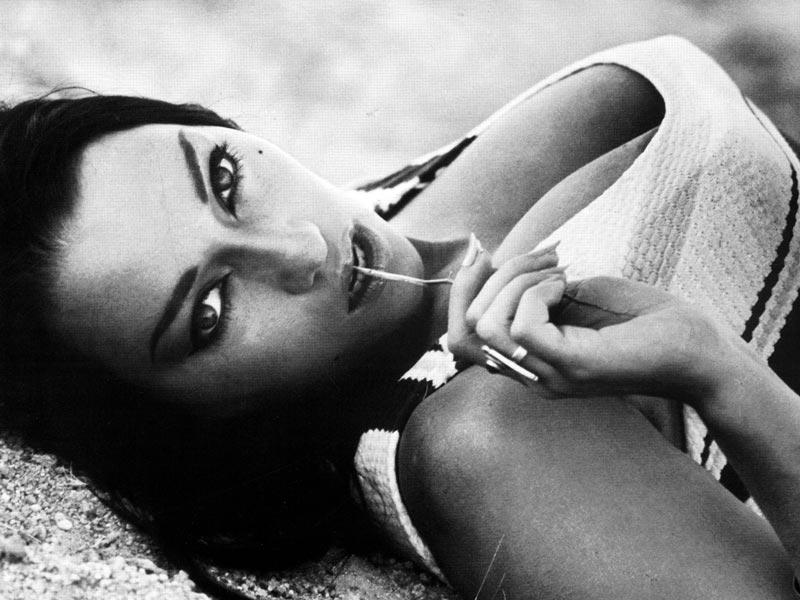 On its own and watched today Faster, Pussycat! Kill! Kill! might not be all that spectacular, but watched with familiarity of the times the movie was released it’s still clear how much of what’s on display here could be considered revolutionary. The movie might not have any real depth, and we get to learn next to nothing about what drives these girls but it’s still groundbreaking material that is still entertaining today. Even though the 1.37:1 ratio, black and white image, and other certain typical retro aspects date the movie, it’s as watchable today as other classic movies made in the same era: The James Bonds, several Hitchcocks, etc.