Fanboys, they’re so easy to make fun of. They practically do all the work for you: dress up in cheap costumes and parading on the street resembling their favorite characters from movies and tv-series like Star Wars and Star Trek. These are the kind of guys that can speak fluent Klingon and know which planet Wookies live on. They most of the time live with their moms up until their 40s and remain virgins all that time. It’s no wonder the poster is a spoof on the one from the 40 year old virgin. Now, after a long controversial stay in the editingroom-hell, Fanboys is released upon the world. Set in 1998, a movie about 4 Star wars geeks on their way to Skywalker Ranch to be the first to see Episode I: The Phantom Menace.

One of the Fanboys in this movie is diagnosed with cancer and for him there’s no hope. His prognoses is he will die before the new Star Wars movie is released upon the world. So his three friends decide to try to break in the Skywalker ranch and see the movie a mere six months before it is released. As you probably guessed it we’re dealing with a road movie here and one built on the basic foundation of one and not much else. There’s the obligatory getting-pulled-over-and-hauled-of-to-jail sequence, the hot-girls-turn-out-to-be-whores sequence etc etc. Nothing new under the horizon. A month ago I saw Sex Drive. which basically is a cabon-copy of this film only with more laughs and in the end that’s what counts. I don’t give a rats ass if they xeroxed the whole thing, as long as it makes me laugh my ass off.

Sadly such is not the case here.

I must admit there were funny parts in the movie, but they where too far apart from eachother. The movie is about and for Fanboys and as much as possible it treats them with respect. Well at least the Star Wars geeks. Trekkies, or Trekkers as they prefer to be called, do not come off so easy. They’re one of the villains of the piece. What I did like was all the small inside-gags that come along. Little things that do work like the spoofing of Star Wars scenes a couple of times and the enthusiasm about the fact that this movie is in production. In 1998 this movie was destined to become one of the best films ever to be released. We know better now.
The movie is fun as how it deals with Star Wars (and Trek), but not as how it deals with the admirers of these franchises. Even though they act as Fanboys, they never convince me of actually being this obsessed. For a piece of comedic entertainment that actually goes where Fanboys should have gone watch the report of Triumph, The Insult Comic Dog as he interviews tons of dressed up geeks in front of a movie theatre just before the release of Episode II. 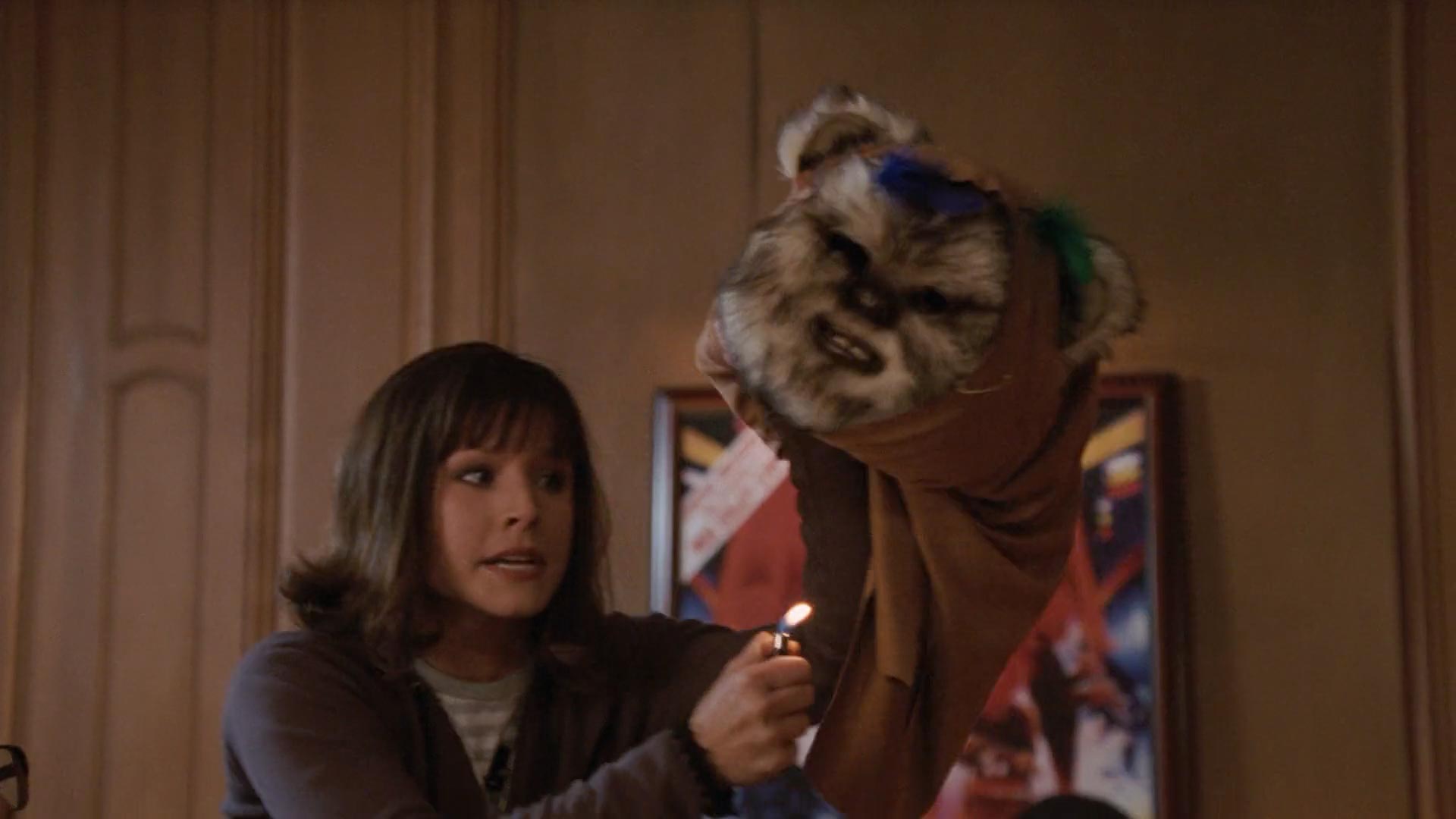 I mentioned a game called name-that-face in my review of Changeling. This movie is even a better candidate for that game. In the supporting roles all kinds of recognizable faces turn up, one after another: Kristen Bell, Christopher McDonald, Seth Rogen, Danny Trejo, Ethan Suplee, Billy Dee Williams, Jaime King, William Shatner, Carrie Fisher, Kevin Smith, Jason Mewes and Ray Park amongst others. The ones missing are of course Mark Hamill and George Lucas, they would’ve completed the cast.