1995’s Fair Game reminds me of how is miss 90s action movies. Aside from the occasional sequel most action movies at the time were original concepts. Sure, there was at least one Die Hard on a something movie per year but movies were sold on their high concept and/or cast. Action movies would often feature the likes of Bruce Willis and Sylvester Stallone. Their face on the poster was often the main selling point. Fair Game used stunt-casting to market the movie. Then supermodel Cindy Crawford would star in her first, and to date only, starring role.

The story is simple; Civil law attorney Kate McQuean (Crawford) is targeted by a renegade KGB team out to terminate her. Detective Max Kirkpatrick (William Baldwin) tries to protect her in this 90 minute chase movie. Fair Game supplies the bad guys with unlimited resources like heat-vision equipment, a hacker who can constantly track their whereabouts and more standard fare like helicopters.

Why the bad guys want her dead isn’t really relevant and in hindsight doesn’t even make much sense. If they would have left her alone, than their plans wouldn’t have even been foiled. It’s just a simple excuse for Crawford and Baldwin being on the run and taking showers at every location they visit. 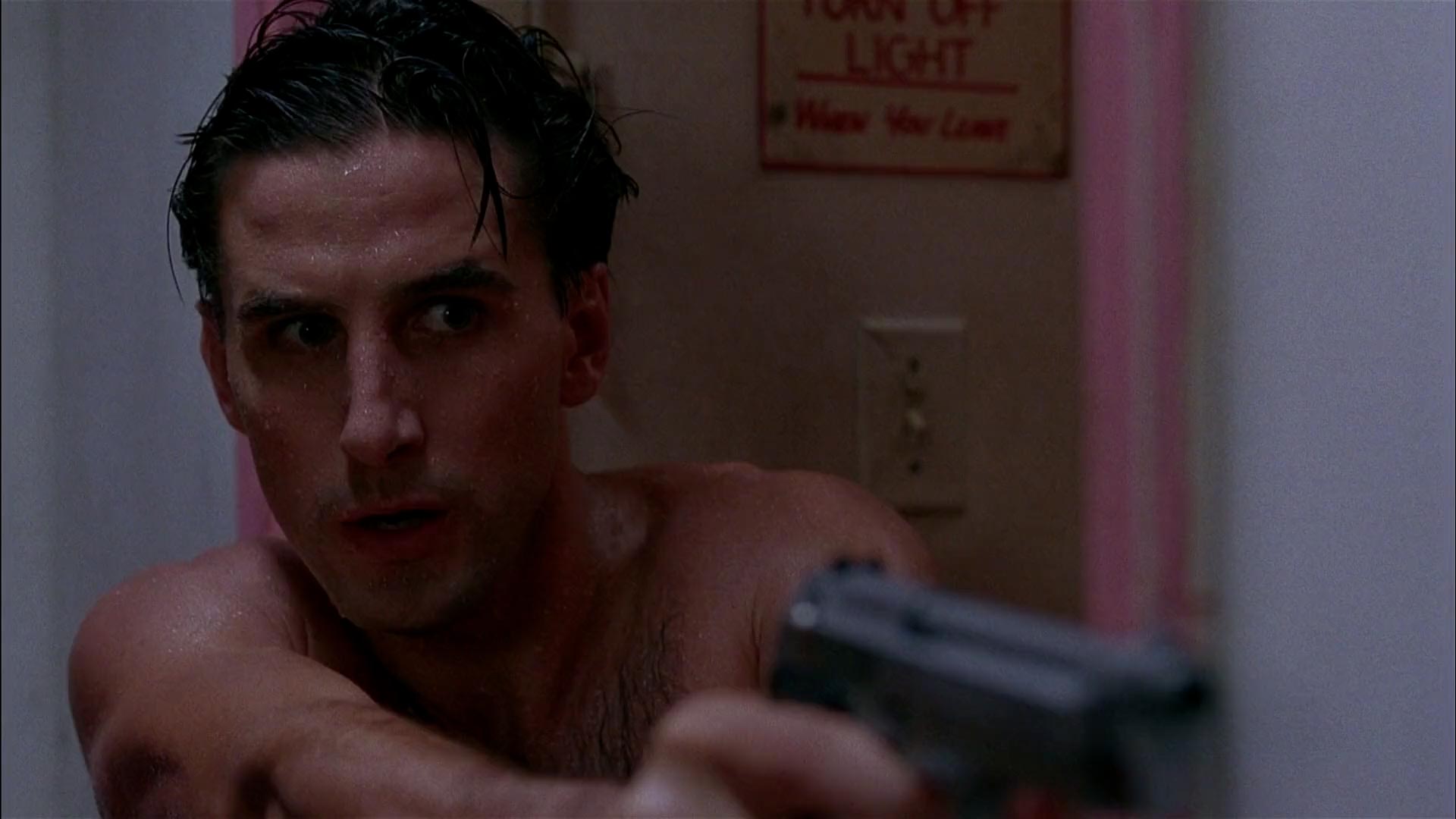 This is director Andrew Sipes’ only movie he ever directed. While the production values are high enough to at least pass off the movie as a decent product, his style of directing is a mess. Especially during the action scenes. Most of the movie feels like a direct to video release starring Pamela Anderson. Mostly because of choice to shoot Crawford constantly from a male gaze perspective.

The movie opens with her jogging across the beach in a revealing tight outfight while the credits appear on screen. The movie keeps her in that outfit for at least ten minutes before she switches to a business attire which includes a short skirt. They even throw in a obligatory shot of her legs as she kneels down to get something from a file cabinet. 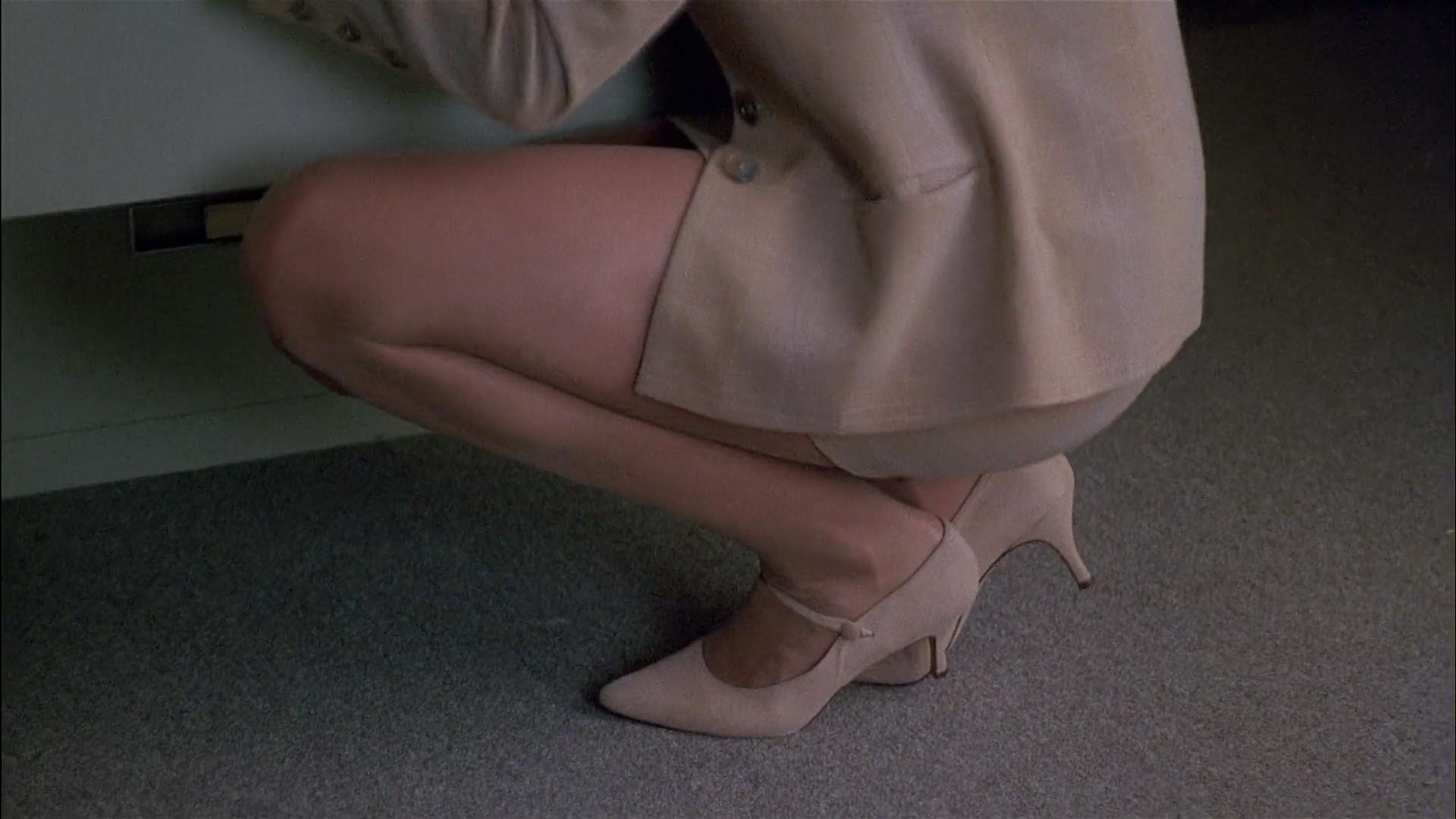 Fair Game lenses her this way until the end credits. We are treated to two shower scenes, a scene in which she seduces a hapless nerdy computer store employee, a gratuitous sex scene, a shot of her changing shirts establishing to us she wears no bra which leads to a sea-based finale where she walks around in a wet shirt.

The ladies get William Baldwin’s ass. 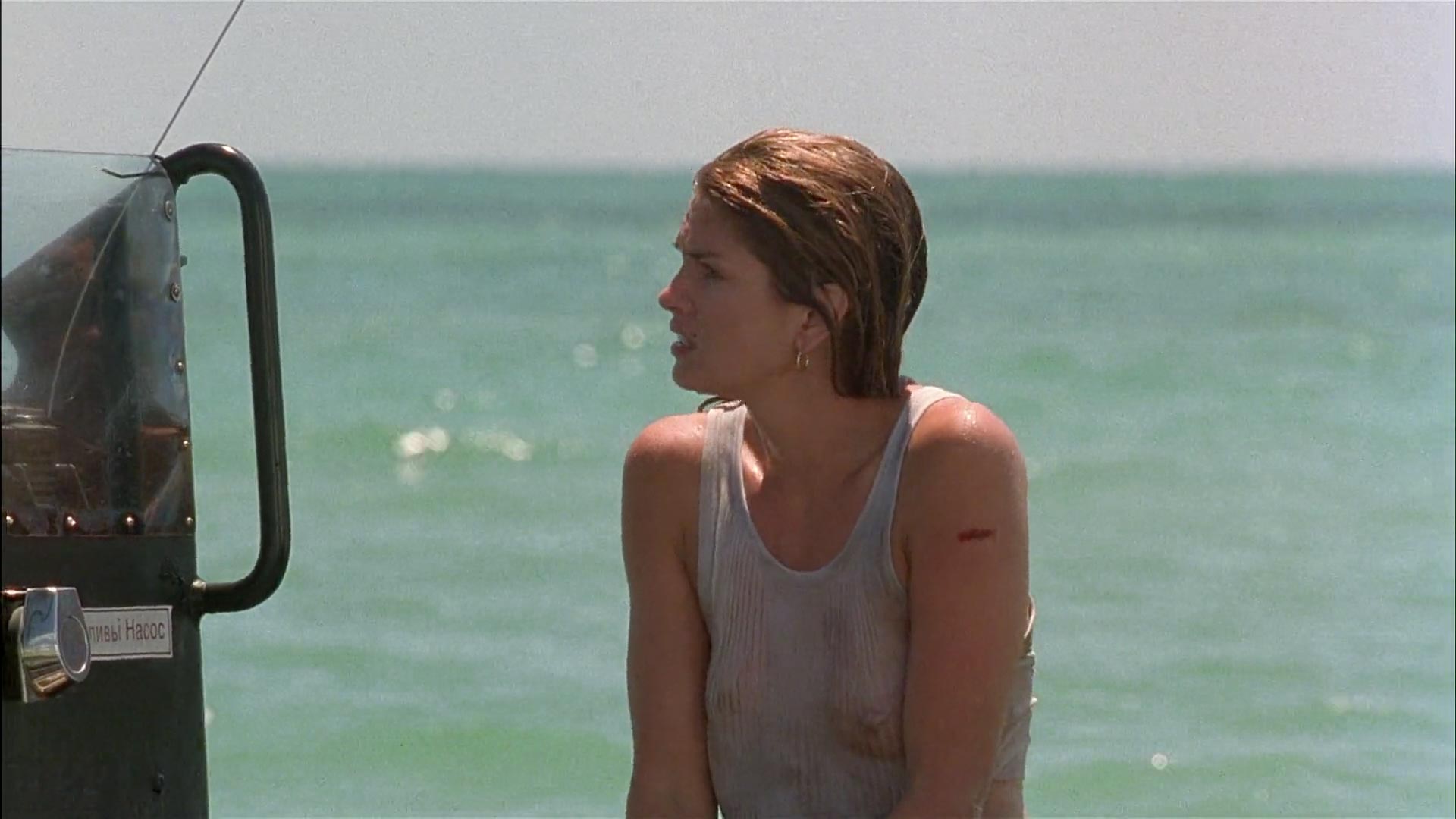 I’ve only seen this movie once before as teenager and was not disappointed back then for obvious reasons. But for 25 years now the only recollection I had of this movie was the explosion of her apartment in the beginning of the movie and a dimly lit sex scene on a train. My guess is that 10 years from now, those will still be the only things I can recall from this movie because it doesn’t contain anything else that is memorable.

And yet, watching it now isn’t as bad as the current 4.3 score on IMDB would suggest. The movie is never boring and is sprinkled with several performances from actors whose parts probably largely got left on the cutting room floor. Dan Hedaya and Salma Hayek both have one scene in which they chew it up. I was hoping there was at least one moment in which Kate and Max would end up at her place. Alas, no such luck. 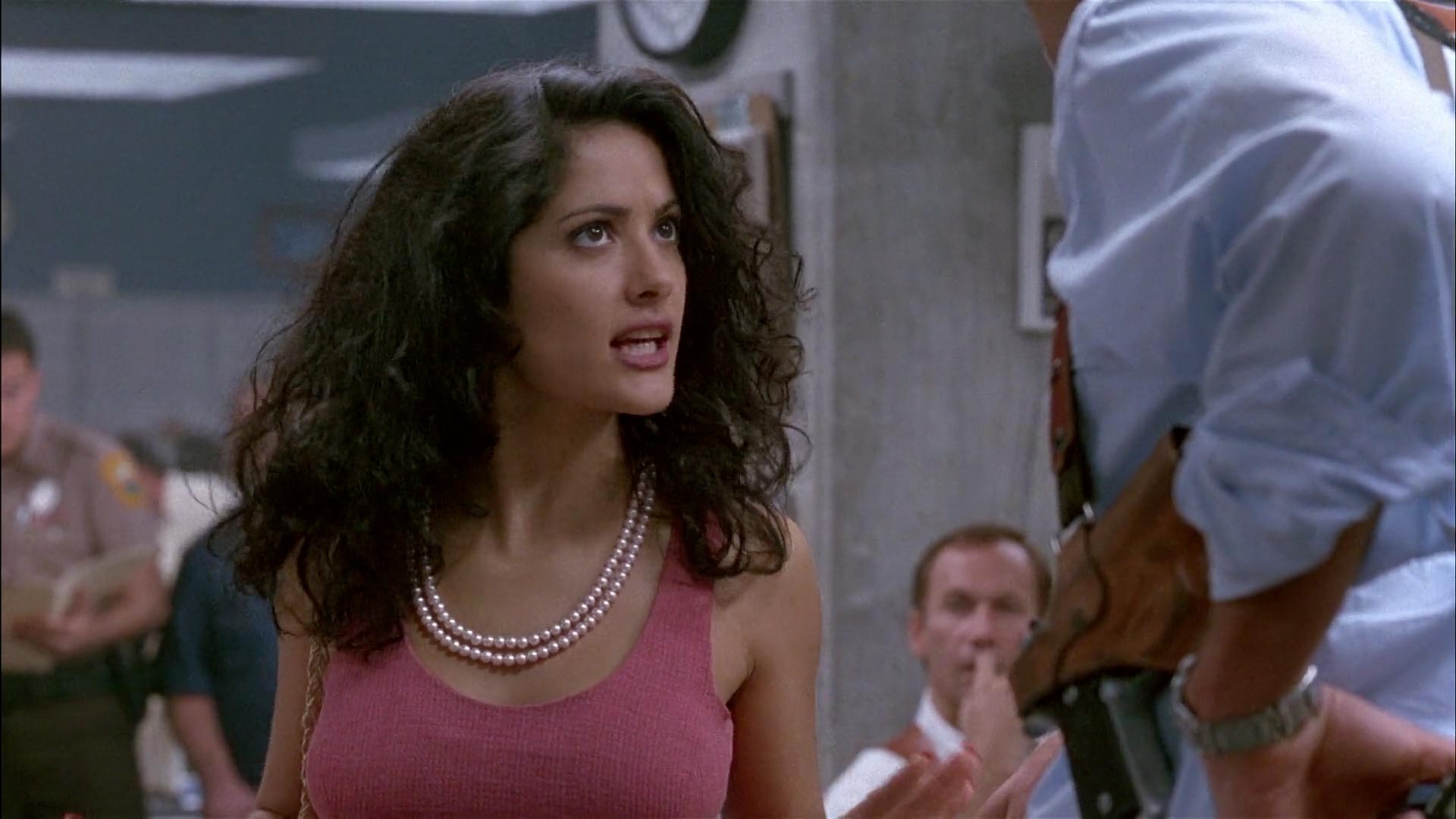 As much as Fair Game is a relic of the 90s, and not a pretty memorable one, it was a breeze to watch. As much as the exploitative approach to shooting Crawford (and Baldwin in certain scenes) wouldn’t fly now, it’s also probably the part that makes this movie still watchable today.

The 90s was a decade in which you could put a (Playboy) model in a leading part and put her on display as a fantasy object. This was of course the decade of Pamela Anderson in Barb Wire, Cameron Diaz in The Mask and Erika Eleniak in Chasers and Under Siege.