Eve and the Handyman is in many ways a sequel to Russ Meyer’s The Immoral Mr. Teas. Though in terms of story and characters it has absolutely no ties to “Mr. Teas”, the way it’s made is basically identical. Eve and the Handyman and revolves around yet another “modern man” who is followed around on his appointed rounds. Not just by us this time, but also by a woman dressed in a long raincoat. Both their names are never mentioned, but as we can tell by the title hers is Eve. His chores consist of basic stuff like cleaning toilets, taking scrap metal to the dump and cleaning windows. There is something odd however: at every chore he has run-ins with busty women, the majority played by Eve who is also watchinghim from a distance through her binoculars at the same time. But unlike Mr. Teas the Handyman actually does his best to remain a gentleman. 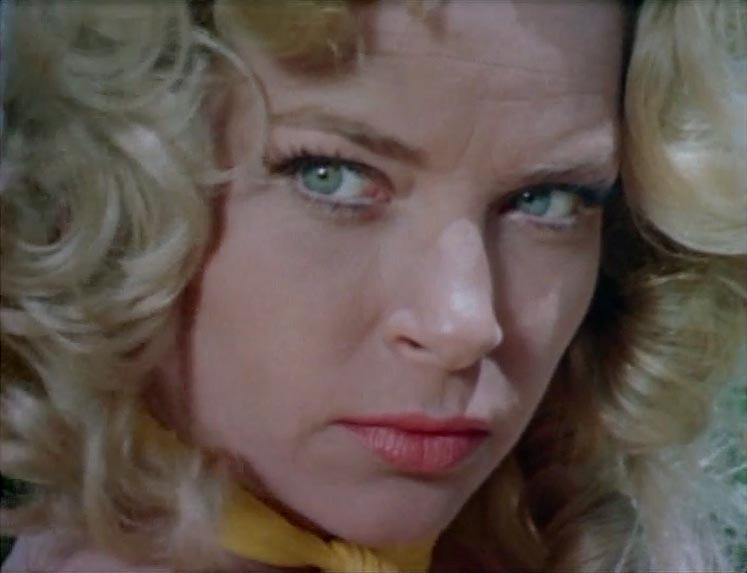 In Hollywood they tend to approach sequels with the “bigger and better” attitude. Movies are seen as drugs: every time the user needs a fix he needs a little more than the previous time in order to receive the same high. So when you make a sequel you take the ingredients of the original movie and add more of it. Not that it always works and is the way to go, but Meyer goes the opposite direction with Eve and the Handyman as he takes out the one thing that made the previous movie “The Immoral Mr. Teas” a success: nudity.

The titular “Eve” is played by Meyers’ wife Eve. She a buxom beauty and you can tell the camera loves her very much. She’s the dominating female presence in this movie as she’s in almost every scene, either in the background dressed in her raincoat or as one of the women the Handyman encounters: in one scene she’s a nurse, in another a waitress and the next a hitchhiker who stands next to the road in her undies hoping to catch a ride. But because Eve is the director’s wife Meyer isn’t interested in showing her assets bare. Sure, he teases them constantly having the camera zoom in at her cleavage or having her standing in her underwear, but that’s all there is to Eve, who did pose nude for Playboy by the way. 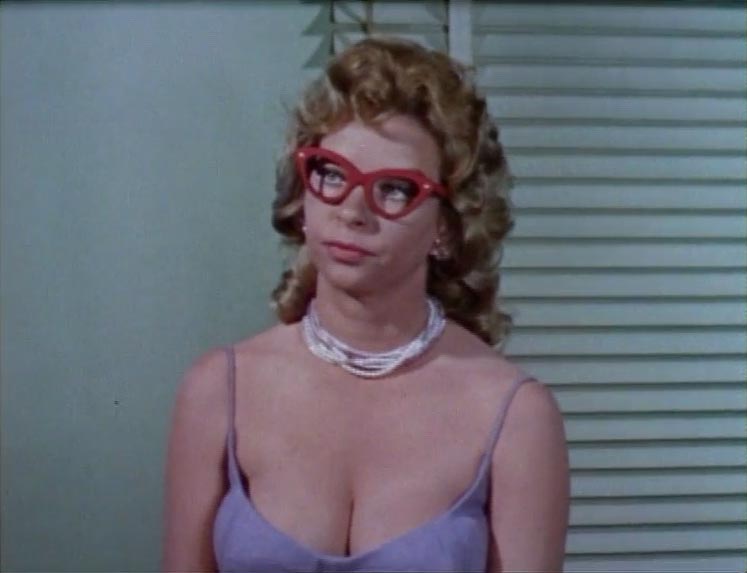 It’s a strange choice for a movie like this, especially since nudity was what made The Immoral Mr. Teas a success in the first place. There’s only one woman actually displaying her breasts in Eve and the Handyman and it isn’t until 55 minutes into the 64 minute movie she appears in a rather strange art-school sequence. This isn’t a movie people watch for the plot (as there isn’t any), this is a movie people watch for the “cute nudity”. But without nudity all you are left with is an absurd comedy that for the most part falls flat. 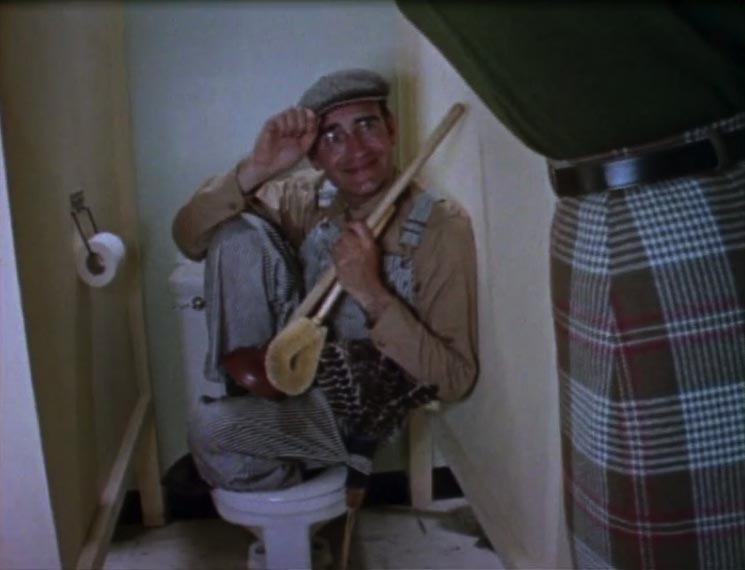 Like its predecessor this is mostly a silent movie. The audio is supplied by a sound effects, music and voice-over narration. Like Teas, the Handyman is a silent character who never speaks and of whom we get to know very little other than that he doesn’t like to look at the curves of women. Maybe because Eve was sent by his wife to spy on him or is there something different going on here? You might wonder if the character’s gay, but this is 1960. Even Russ Meyer wouldn’t dare to reference that kind of sexual interest at that time. He was already pushing boundaries with mammaries.

Eve and the Handyman has the same flaws as The Immoral Mr. Teas; the lack of an actual plot make the short running time of a mere 64 minutes even feel long. Eve’s voice-over narration is particularly uninteresting as she never reveals anything about her reasons for shadowing the handyman. With a title like this, it would have been better if the Handyman actually had run-ins with bored housewives while their husbands were at work. That would have spiced things up a bit, but then again perhaps a bit too much for 1960.

Eve and the Handyman