The sole reason I watched Women in Trouble was because I saw the trailer for this movie. It seemed like a fun movie and had the hot lawyer from Californication in the title part. Doing some research I found out this was actually a sequel to that movie. Though it can be watched stand-alone, there are a lot a small bits you will miss out on if you haven’t watched Women In Trouble. I suggest you do watch it first, it’s a fun movie and at least you get the reference to Holly’s dog.

Some of the cast of the previous movie is returning. Carla Gugino is once again Elektra Luxx who seems to have the same status of a Jenna Jameson. Bambi and Holly return which is applauded by me as Holly is one of the best things about these two movies. Even A-Lister Joseph Gordon-Levitt returns. My guess is these two movies were constructed on two foundations; call in a lot of favors and only hire these people for a day or two. How else can you explain Brolin and Gordon-Levitt in the previous movie while this one also has Julianne Moore, Timothy Olyphant and Malin Akerman

Elektra Luxx focuses more on the title character and what has happened since she found out she was pregnant and the famous rock star father, Nick Chapel, died in a toilet on an airplane. She has quit the business and is contacted by Cora, the woman giving him head in the toilet before he bumped his head and died. Feeling guilty over cheating she wants Elektra to seduce her fiance in exchange for giving her lyrics written by Chapel who are all about her. Mix ups and hilarity ensues. 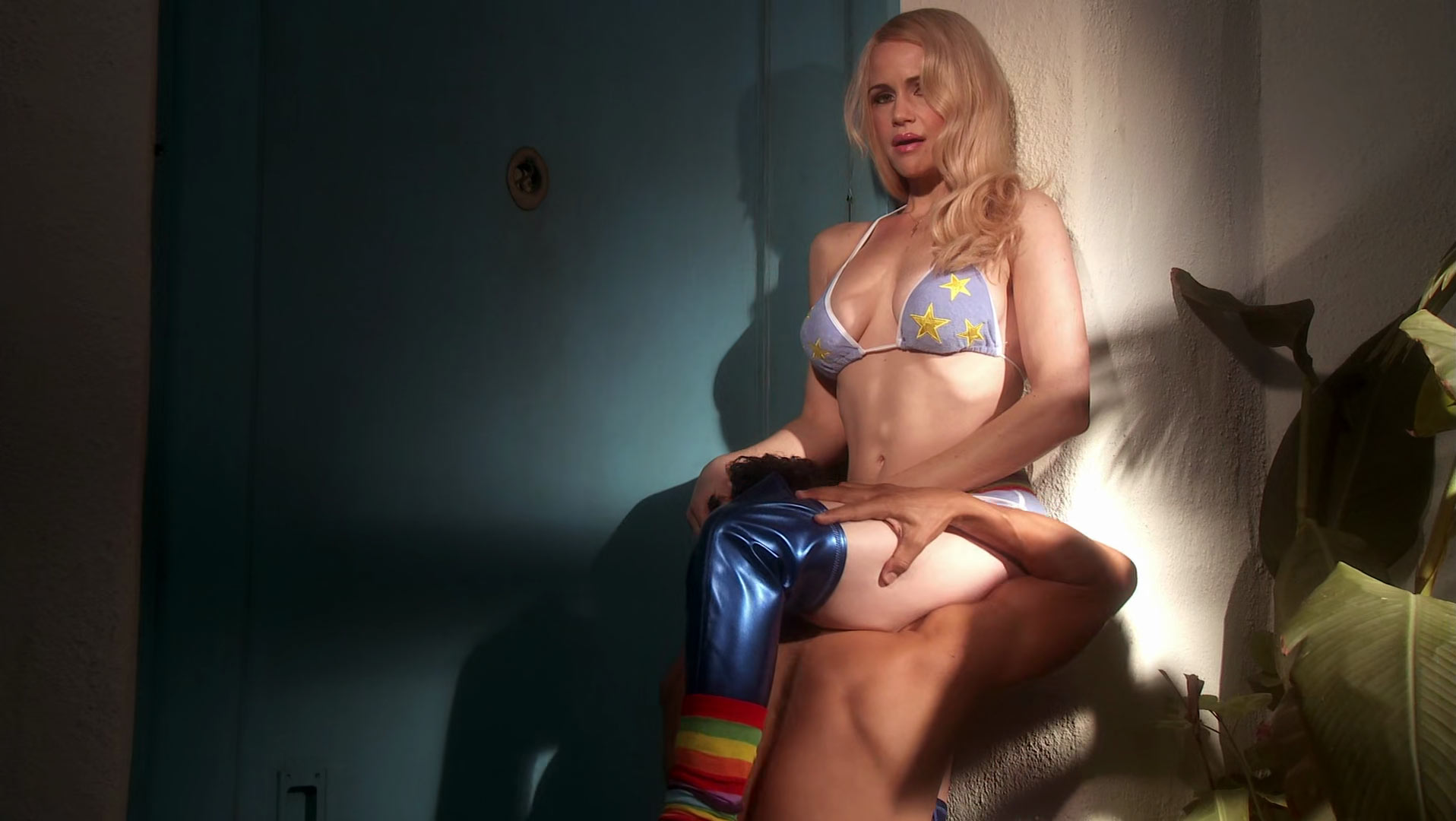 Director/writer/producer Sebastian Gutierrez does not completely let go of the multiple storyline set up. Joseph Gordon-Levitt has gotten a bigger role as sex-blogger Bert Rodriguez who is seen in little skits which have no direct relation to the other story lines. We also see how the relationship between Bambi and Holly goes further after having Holly revealing that she is in love with Bambi who is still unaware of that in the beginning of Elektra Luxx.

I made a point about the amount of skin that was showed in Women In Trouble and Elektra Luxx, despite being slightly toned down, does show a great amount also. Still not complaining though. I was surprised to see that Gugino is turning 40 this year. The girl doesn’t look a day over 30.

The movie sets it self up for a movie called Women In Ecstasy. I will be looking forward to another chapter in the life of Elektra Luxx.