One thing a reviewer has to be careful of is conflict of interest. When you know a director in real life you must still judge his or her movie based on what it is, and not how friendly you are with the people behind it. I used to be in the same class as the director of this film, Erwin van den Eshof. He helped me in the video editing room with my projects and was an overall nice guy. We’ve had many discussions about films and he made no secret of his affection of Sam Raimi’s work and if it was possible Bruce Campbell would no doubt star in this film. But such is not the case and here we are with a movie full of soap-stars, references to other horror films and in my case some flashbacks to my final year in college. 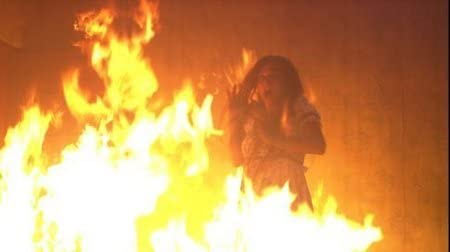 Dood Eind starts with a flashback about a woman burning in a house somewhere in Scotland 1872 as the titles tell us. We cut back to a couple of young people, somewhere between 25 and 30, in a van driving through the woods of present day Scotland as titles once again tell us. Now these titles are an absolute must-have for us to determine the setting because else it could’ve just been shot in the woods around the corner from where I live. There’s not one shot in the movie that tries to make us believe that this was actually shot in Scotland. That’s a shame because it does give a movie authenticity if you show some scenery footage of the places you pretend to be.

The people in the van are introduced to us through flashbacks, and this is where the story started to become fun for people who are in on the joke. The scene where one guy offers his superhero character to Han Peekel is not just funny for people who are familiar with Han Peekel, but even funnier for me as this kind of dialogue is lifted straight out of colleges where the name of Todd McFarlane was dropped more than once.

After setting up the back-stories of the characters everybody’s around a camp fire. This is where the joke continues and everybody who grew up in the 80’s will enjoy the conversation about Transformers, G.I. Joe, DJ Cat and more. But fun never lasts long in these kinds of films and so the cast gets attacked by a couple of rabid Rottweilers who really do a job on one of the cast members who barely escapes and is in need of some medical attention. So they drive in their van (which has multiple Cujo stickers on it. I’m surprised they used Rottweilers. St. Bernhards must have not been available) to get some help. Apparently nobody has a cellphone and could just dial 999 or even stay on the original road they used to get there in the first place because like every other high speed drive in the dark through the woods this one ends up with the van crashing into a tree.

Oh well, so they happen to crash close to a house house where there are some other parked cars who all have their steering wheels on the left side of the dashboard. Now, I’m really sure this movie wasn’t filmed in Scotland! Upon entering the house things go from bad to worse as this turns out to be the house from the opening sequence and which getting out of is a lot harder than getting in. 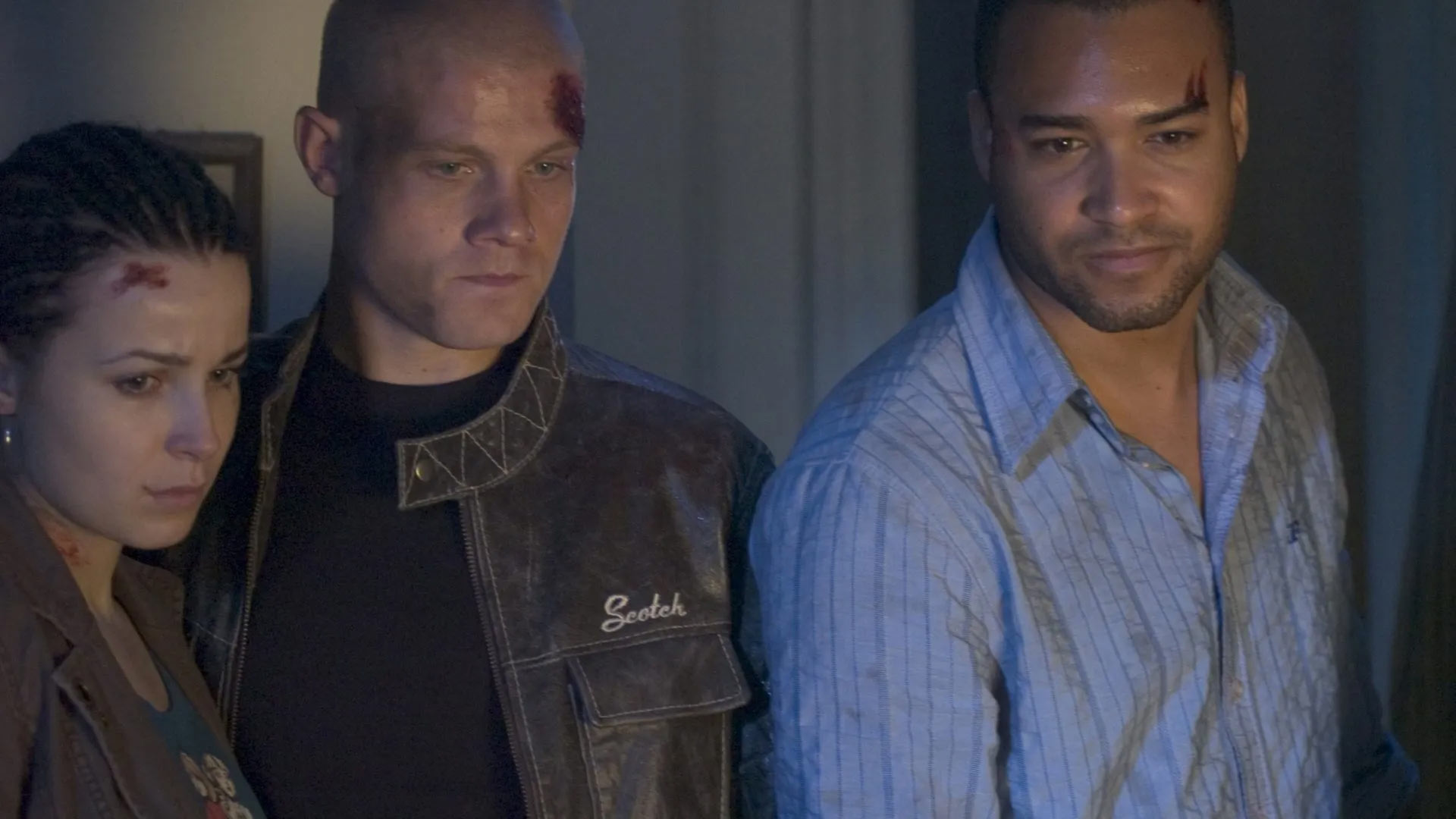 So after a half hour this turns into a haunted house movie mixed up with a ghost-story like The Grudge. I hate those kind of films. I think it’s because a haunted mansion or a ghost never seems to have limitations of what it can do and so a lot of things happen to characters which are never explained. To give a good example of how limitations work: Freddy Krueger from the Nightmare on Elm Street series can only get to you in your dreams but if he kills you there you’re dead in the real world. This gives the potential victims a way to deal with their problem and to me makes a movie more fun. In a haunted house movie like this the house (or ghost) could at any time decide to just collapse the mansion and kill everything in it for all I care. That of course never happens but what does happen is a bunch of random scenes in which people seem possessed, the house turns out to be some sort of endless maze which you can’t get out of and every once in a while some snake-like fire pops up slowly seemingly consuming the whole room and giving people more than 3rd degree burning wounds upon direct contact.

As you might have guessed by now, I wasn’t all that charmed by this movie and now, a couple of hours after watching it I can’t even remember how most of the characters met their demise. It’s a pity because I really wanted to like this film as it was made by someone who I respect and of whom I know what drives him. It’s fun to see how he borrows from movies like The Evil Dead in terms of plot elements and directing techniques, it’s a shame he forgot to borrow the humor or a great actor like Bruce Campbell. I must complement on the visual effects though. The snake-fire was neatly done and looked convincing. Erwin van den Eshof did also do a good job at directing this film, but he could have used some help on the writing. I’m hoping that a new movie will emerge one day and that it will match up to my expectations. It wasn’t a bad movie, it was just not my kind of movie, but I do appreciate the effort.