For me, one of 2019’s most surprising moments was the release of the trailer for Critters Attack! It seemingly came out of nowhere as I had no idea this movie was even in production. Even more surprising is the fact that this movie is actually a direct sequel to the previous four Critters movies. Not a remake or reboot, but an actual genuine sequel. Even Dee Wallace from the first Critters movie returns. Sadly, the trailer wasn’t very convincing. It wasn’t Sonic the Hedgehog trailer bad, but I did get the feeling that this was some kind of fan film. Especially when a white Critter was shown. It felt like one of those low budget knock-offs. Now that the movie is out I can judge if the trailer did justice to the movie or not.

Critters Attack! revolves around a 20-year-old Drea. A sushi delivery girl who hopes to get into a local college but keeps getting rejected. At the advice of one of her childhood friends she accepts to babysit the kids of college professor. While struggling to entertain these kids they come across a white furry alien in the woods. They take her with them and call her Bianca. Little do they know that this creature is actually a female Krite. From this point on they become the target of attacks of several male Krites forcing them to travel from location to location in search for help. 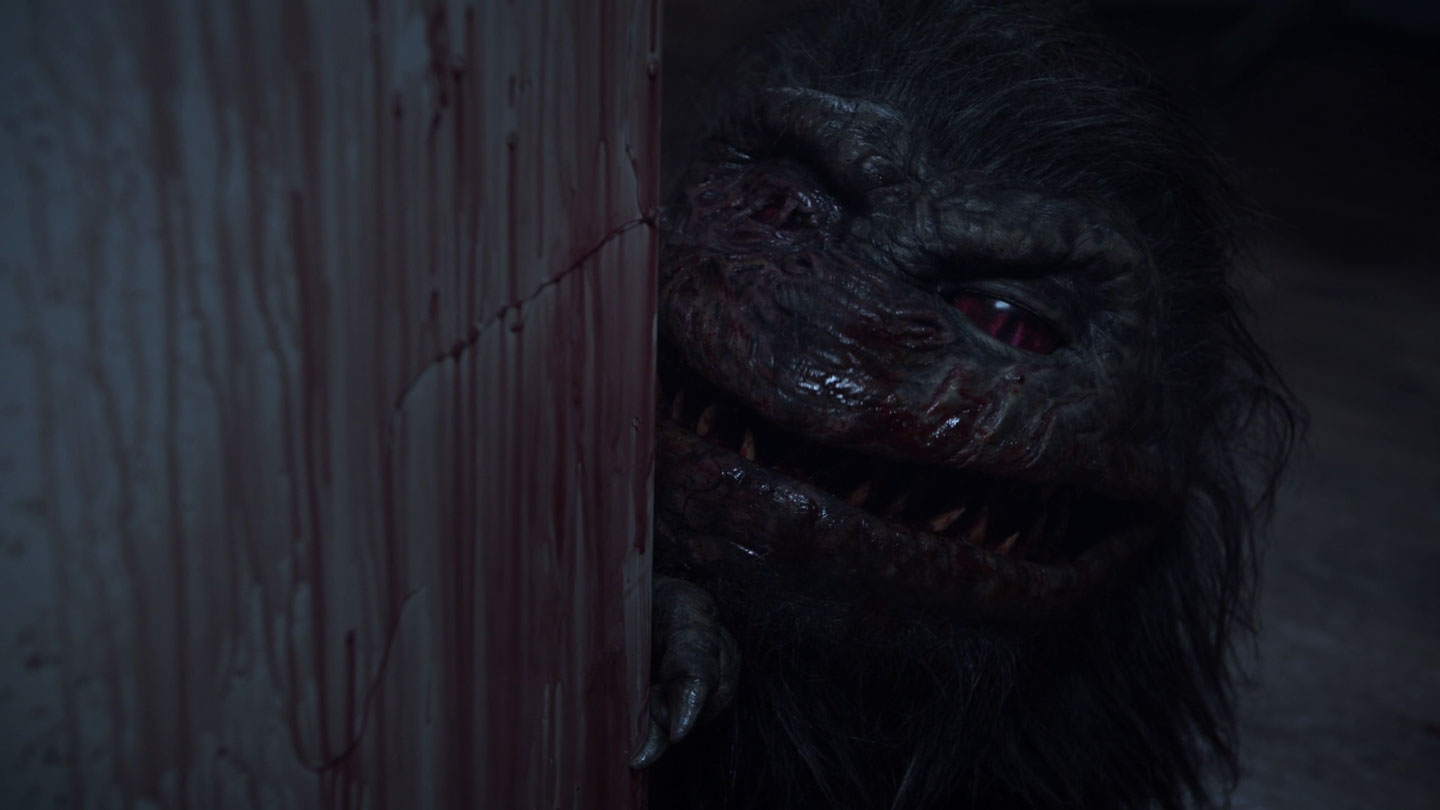 While all this is going on, Dee Wallace is doing a full Jamie Lee Curtis impression from the last Halloween movie. She has a safe room and is able to detect extra terrestrial Krite activity which has her pick up her guns and go out hunting. Strangely though, she calls herself Aunt Dee while her name in the original movie was Helen.

The writers of Critters Attack! have taken their inspiration mostly from the first two movies. It’s set in a small town that somehow has a prestigious college. Plenty of other elements from the previous movies are reused as well. Like a giant Critter-ball for instance. But the movie’s low budget is painfully obvious throughout the entire movie. 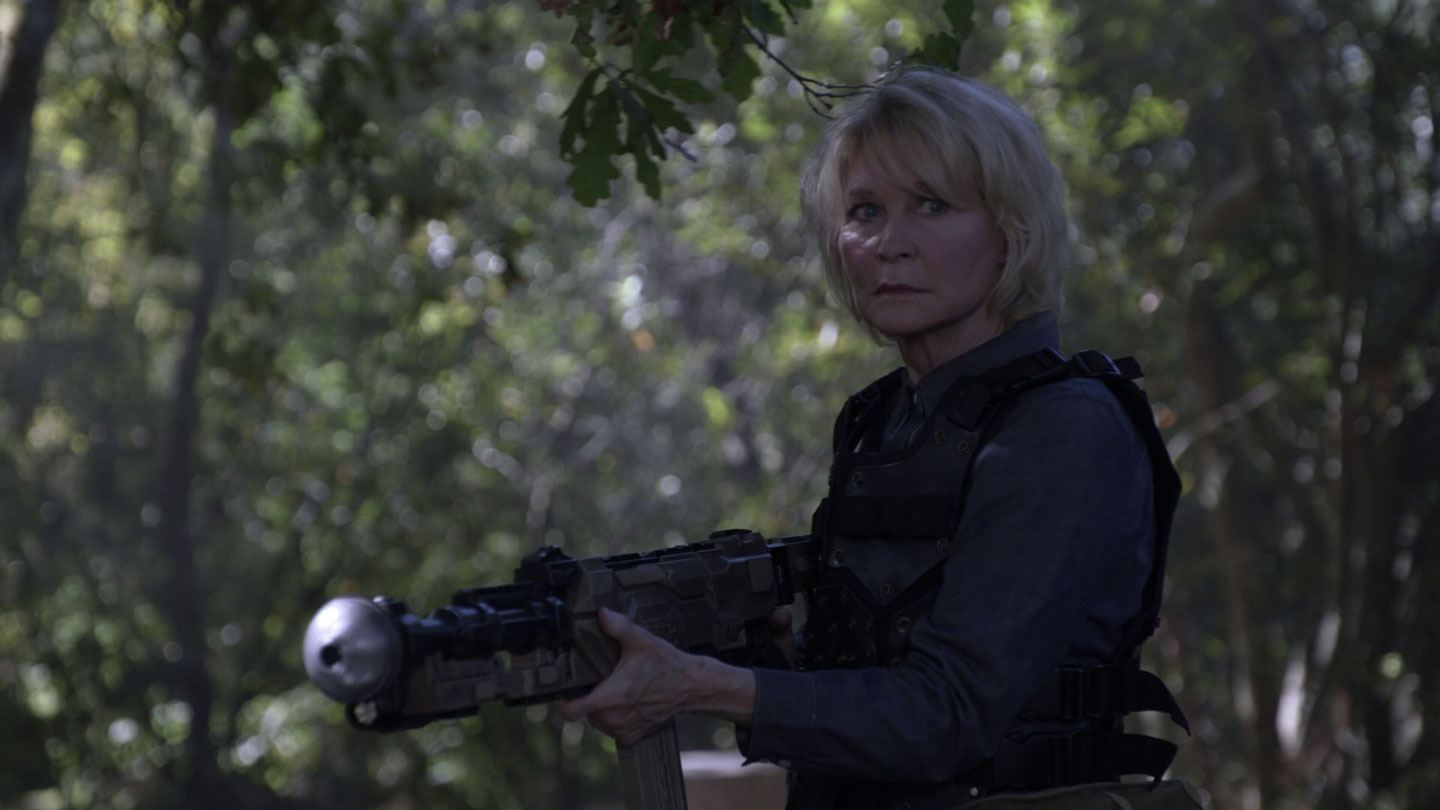 The Critters movies have never been high art. But they were fun and at least seem to have some money behind them. The Critter animatronics looked great and the environment felt alive. Grover’s Bend, the town in both the first and second movie, was a living, breathing place. A town that actually seemed to be populated. Churches were filled with people and Critters 2 even has a scene in which the entire town comes together to set a trap for the murderous balls of fur.

That is not the case in Critters Attack! The cast consists of only twelve people. Not counting the Critter-puppeteers. While a small cast is not a bad thing perse, it hurts this movie because the scope is bigger than the makers are able to bring convincingly to the screen. There is just one person in the Sheriff’s station. The streets are empty aside from the few people under attack of the Krites. There are only four people ever seen on the school campus. As if it was too expensive to hire a dozen extras for a day to shoot some scenes with kids and professors walking through the school corridors. 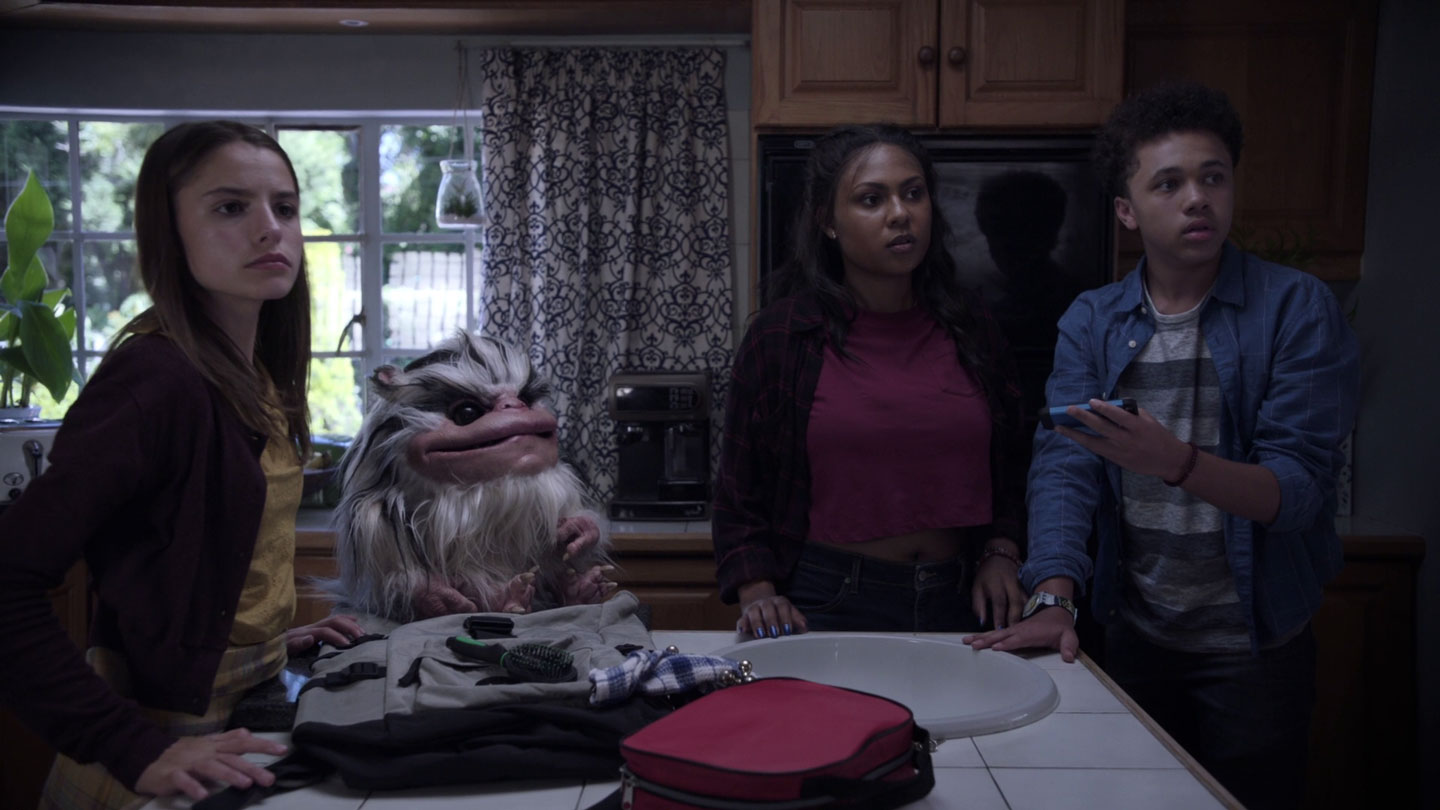 Another weak aspect of the movie is that the movie just looks bland. Large portions of the movie seem to have this blue filter over the picture making it look bleak and flat. Only a few daytime outdoor scenes have some vibrancy to them. The rest all feels very flat and de-saturated. Especially after the sun goes down. The finale in the school campus takes place entirely in the dark. I’m not exactly sure why, but there are four students there at night and they are all sitting in the dark. Why does nobody turn the light on?

Tashiana Washington stars as Drea. Her name sounded a bit familiar and I realized I have just seen the latest Shaft movie last week in which she has a small role as a busty club girl. She does her best with the meager stuff she is provided with. Trying to make something out of an otherwise thankless role. One of the more notable aspects of her character is her wardrobe. She walks around in a short t-shirt that exposes her belly throughout the movie. Her bellybutton basically deserves second billing considering the screen-time it gets. 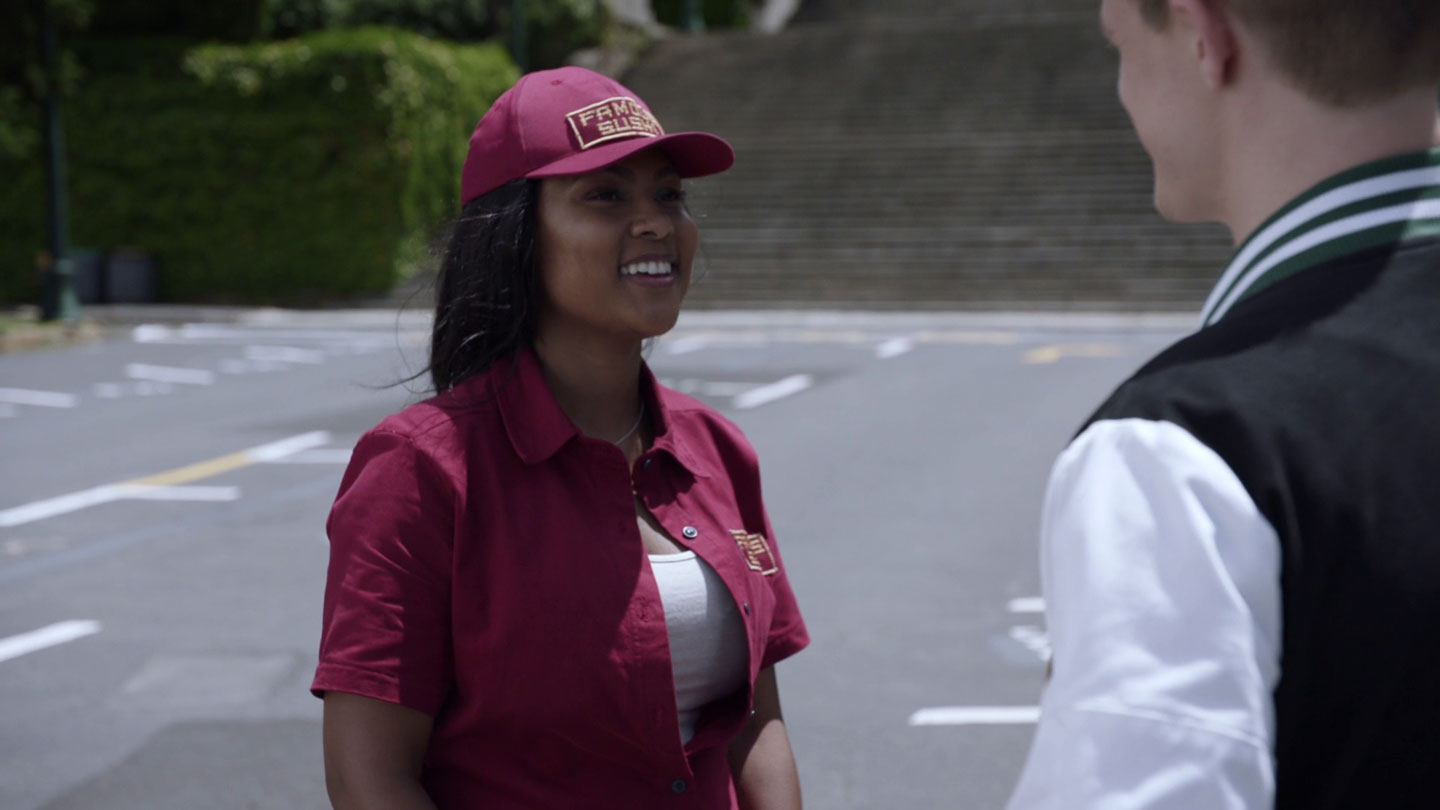 Despite all these negative criticisms Critters Attack! is still better than Critters 4. I wish I could say that this is the sequel I never knew I needed. But it’s just a simple made for TV movie that does not hurt the “legacy”, but does not do anything for it as well. On paper it would seem that these movies are not hard to make. But in reality all of the movies after Critters 2 are pretty weak. And Critters 2 is a movie that has a mere 30% rating on Rotten Tomatoes. So that should give you kind of an idea of what we are dealing with here.