Critters 4 was shot back to back with Critters 3 just like Back to the Future parts 2 and 3. Like Back To The Future part 2, Critters 3 also ends with a cliffhanger. Bounty hunter Charlie is ordered to put the last two remaining Crite eggs into a pod for preservation. Critters 4 picks up right at that moment and sees Charlie get stuck in the pod as well and send into space.

After floating through space for more than 50 years in a cryogenically frozen state his pod is picked up by a salvage ship. The crew of this salvage ship almost directly receives a communication from one Councilor Tetra. He claims this cargo belongs to his company and has been lost for decades. He would like to have it back and offers the crew triple the going rate.

The crew is divided about what to do. Some of them think it’s a fair offer. Others, like the captain, think that the cargo is worth more than the offer. To make sure he isn’t being taken for a fool he decides to check out the cargo. This of course, results in the release of two Crites on board of the space station, as well as Charlie. Let the mayhem commence.

A lot of franchises eventually end up in space. James Bond, Leprechaun, Hellraiser and Friday The 13th to name a few. Critters 4 was probably the first of the horror franchises to shift the location from Earth to outer space. Unlike most of those other horror movies they actually have a good reason for this. The Crites are from another planet after all. The first two critters movie both have multiple scenes taking place in outer space. It makes more sense to have a Critters movie take place in space than a Hellraiser movie. 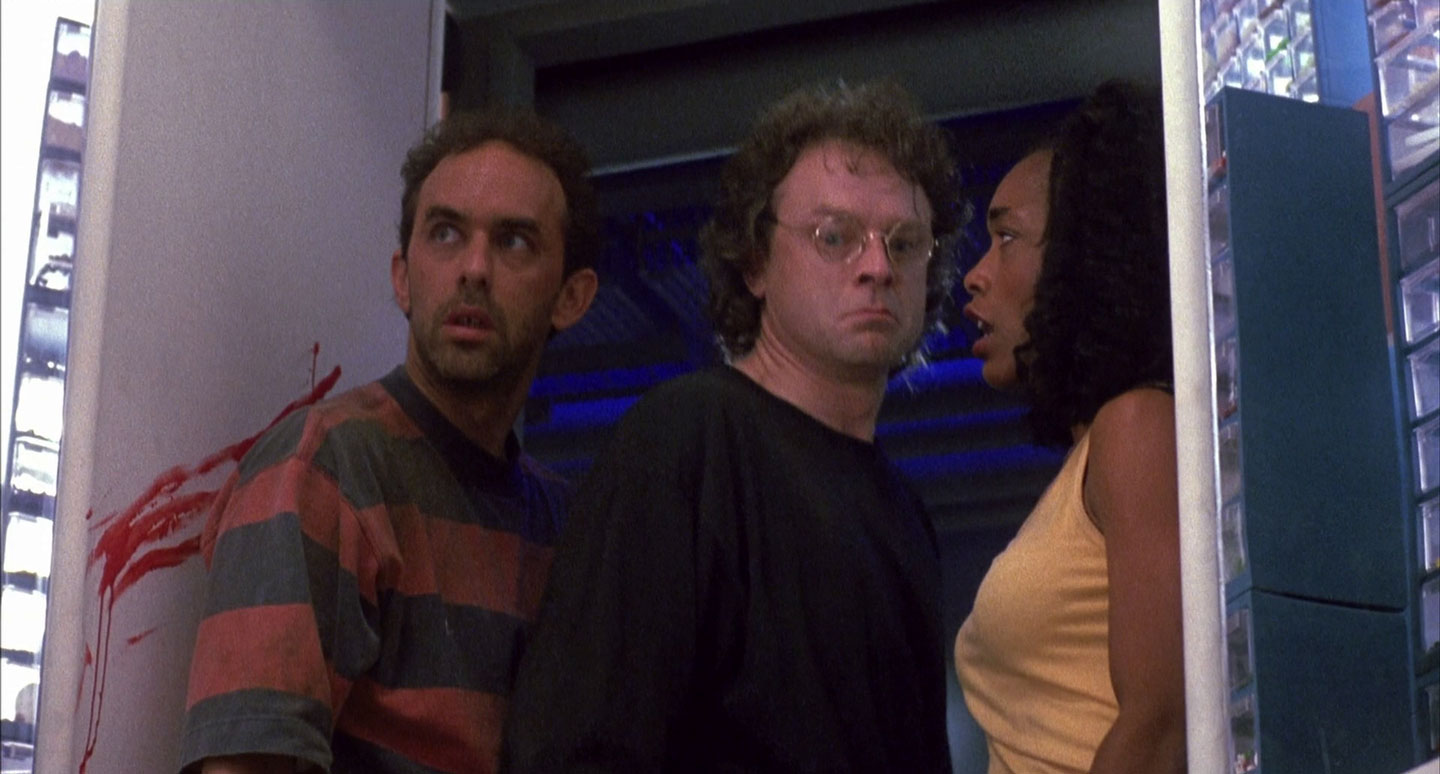 The plot for Critters 4 is a shameless copy of Alien. A small crew on a space ship have to fight of a deadly extra terrestrial threat they picked up by accident. They even copied the whole “evil corporation wants to use these aliens as weapons” element. I’m surprised 20th Century Fox never sued New Line Cinema over plagiarism. 10 years later they would do the same thing again with Jason X, which basically has the same plot as Critters 4. But at least that movie is fun to watch. Something you can’t say about Critters 4.

Critters movies are horror-comedies. Even the first one, though it is a bit darker than Critters 2 and 3. For some reason the humor in Critters 4 is totally absent. Every scene is played straight here. There is not a single laugh in the form of a one-liner or slapstick to be found. Even the almost obligatory bowling-reference is nowhere to be found. All of the other Critters movies have one.

You what else is hardly in this movie? The Crites.

For a movie called Critters 4 it contains very few Crites. It takes about 35 minutes for the Crites to escape from the pod. Then after a short scene in which they attack a crew member they roll away in their usual fashion, not to be seen again until the hour mark. Even after that they are only in a handful of short scenes. It becomes even worse. In the third act, after a delegation of the Terracore company boards the station, the Crites are not even really the “villains” any more. The company men become the villains of the movie. There’s even a final scene with a Crite that feels as if it was written during shooting. As if on the final day of shooting somebody figured out that there are no Crites in the finale of a Critters movie. Just people shooting each other.

Critters 4 also feels cheap on almost every aspect. The shots of the pod floating through outer space look terrible. Apparently they have just used stock footage from a 1983 low budget sci-fi movie for those scenes. It’s also obvious that the sets of the space station’s interior are made out of wood instead of the metal it’s supposed to resemble. Maybe they could have fooled us on  VHS, but it’s clearly visible today on the high definition picture of the Blu-ray version. 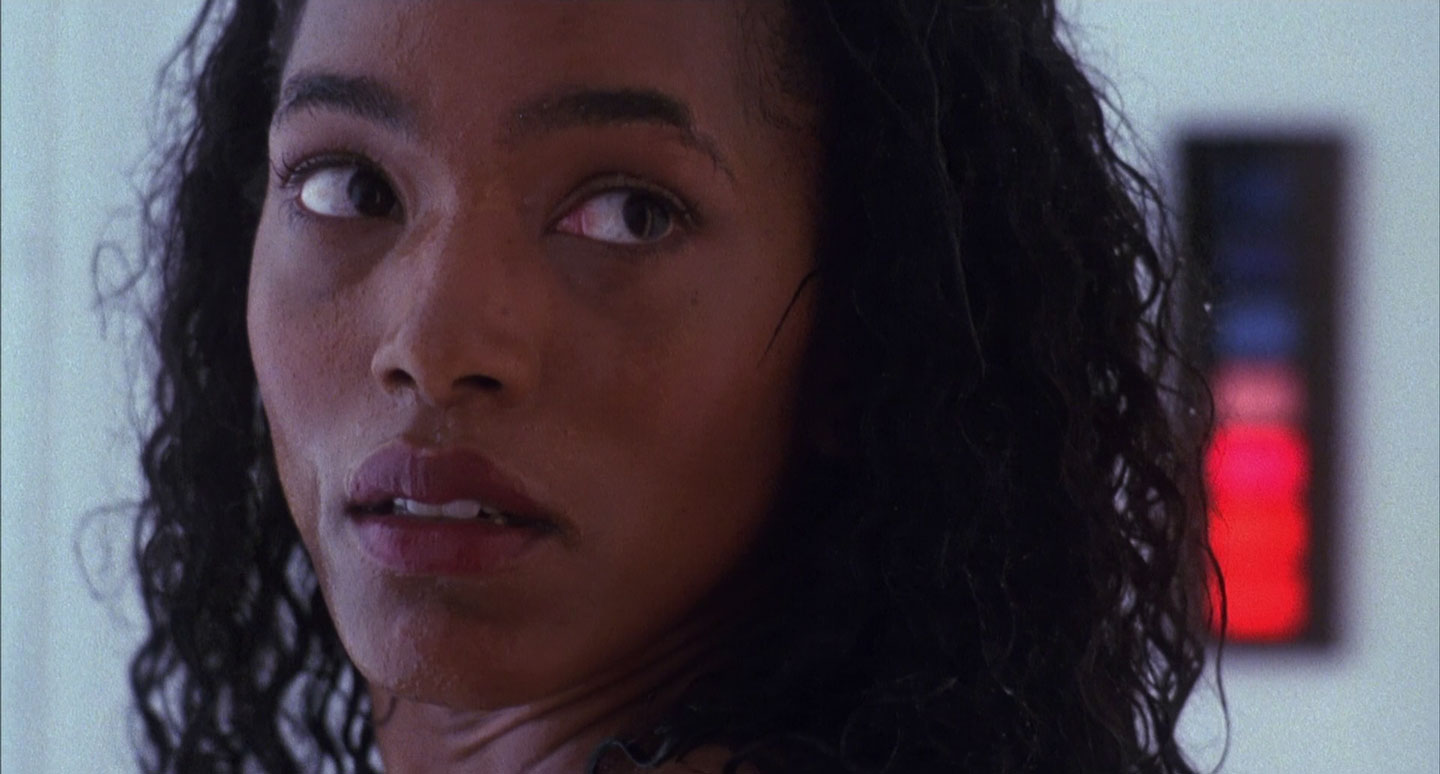 The cast is also poorly written. Very one-dimensional. Charlie, despite top billing, is more of a supporting character who keeps on messing up. Most of the crew are unlikeable characters like the lecherous captain, a drug addict and a bratty teenager. Only Angela Bassett and Brad Dourif are a bit likeable. Though both don’t have much to do. Bassett’s most memorable moment is a gratuitous shower scene, while Dourif surprises us by playing a good guy for once. Too bad he spends most of his time looking a computer screens and not much else.

The captain is possibly the worst character of all. He listens to nobody, harasses Basset’s under the shower, sets the Crites free and demands to be called captain at all time. To quote Game Of Thrones: Any man who must say ‘I am the king’ is no true king. 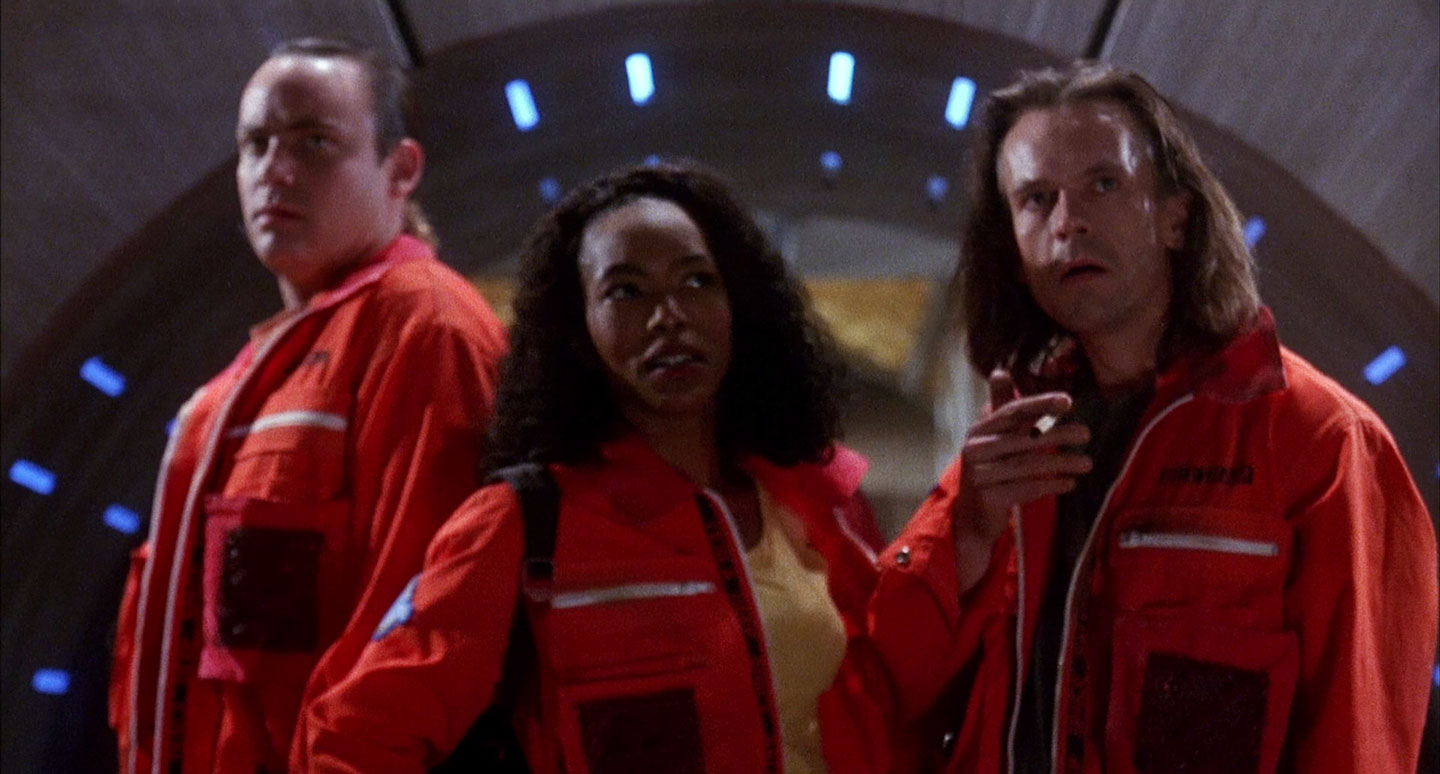 A good example of the sloppy writing of Critters 4 is the moment the captain opens the pod. Charlie immediately wakes up from his frozen state and is completely able to walk. No signs of muscle-dystrophy whatsoever. At the same time the Crite eggs also immediately hatch. For some strange reason they never attack Charlie. They wait until Charlie is out of the pod and the captain is inspecting it to make their first move.

With a few simple rewrites this scene could have been made in a more competent way. Have them find Charlie unconscious and take him to the sick bay. Then have one of the crew inspect the rest of the pod and find the hatched eggs locked in a container or something. Have him or her open then the container. This way you still have Charlie for all your Crite exposition dialog, a dead crew member and Crites on the loose. All of it but in a more realistic manner.

Critters 3 already felt like a major step back compared to the first two movies. Critters 4 feels like a fan made movie.