Critters 3 was released without much fanfare on VHS. After the two theatrical releases of which part 2 flopped at the box office, New Line Cinema still thought the franchise could make a buck as a DTV series. In fact, they had so much faith in the Critters franchise, they shot part 4 together with part 3. But probably also because it’s cheaper that way.

Critters 3 leaves Grover’s Bend behind and brings the Crites to the big city. Not as big as the movie cover promises with all the skyscrapers, but rather an apartment building. The building belongs to a real estate developer who wants to sell it. To do that without paying relocation fees he tries to have his tenants leave by themselves with a little bit of force. In this case the through building’s maintenance man who sabotages stuff like the elevator, or setting loose some rats in the building. But rats will be the least of everybody’s worries as a couple of stowaway Crites end up in the building. 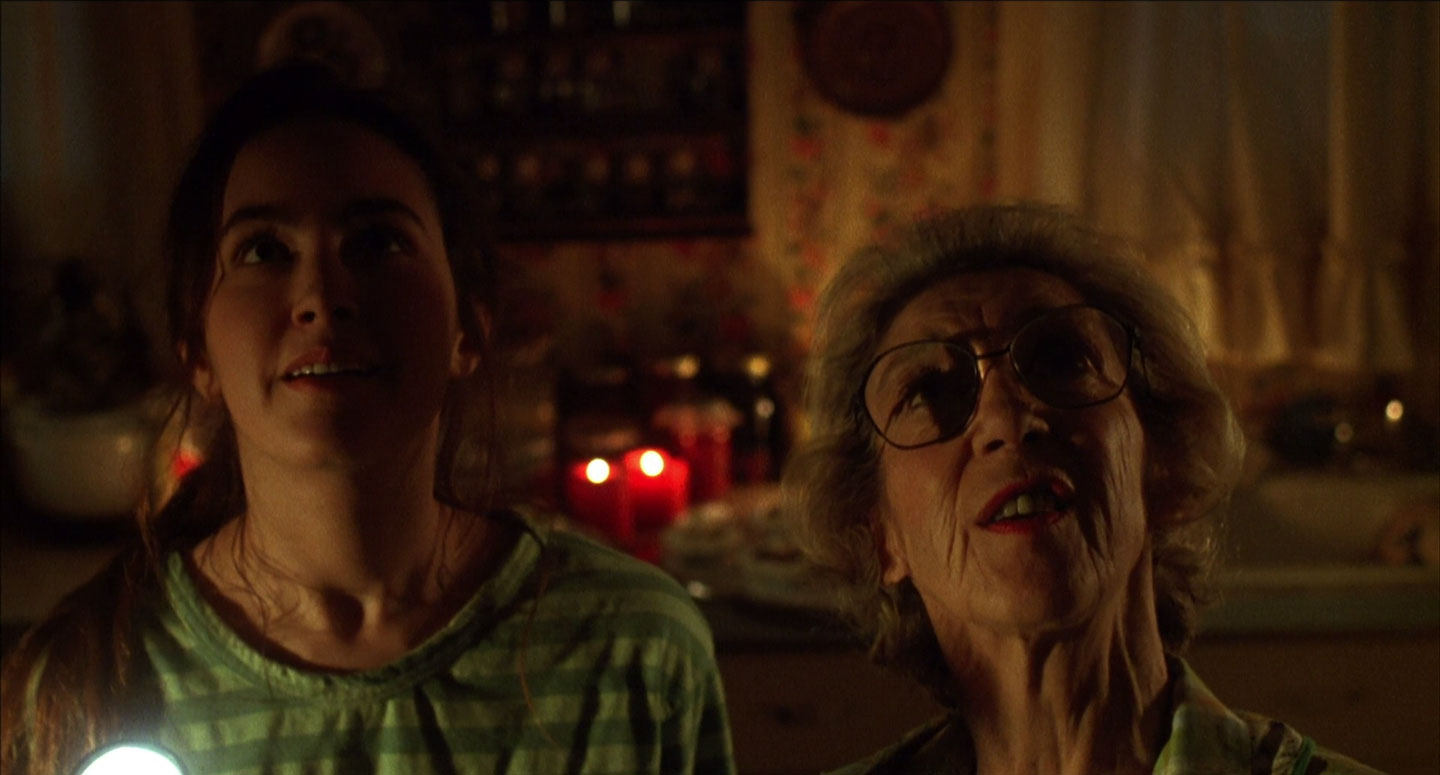 With a running time of a mere 86 minutes Critters 3 should be a breeze to watch. Yet, at the 55 minute mark I started to check how long there was still to go. The movie felt like it was nearing the finale, but it still had 30 minutes to go. 30 long minutes.

Both the previous Critters movies also have running times of approximately 85 minutes. But they have multiple storylines at the same time. Take the first movie for instance. The movie cuts constantly between the bounty hunters trying to find the Crites and the Brown family being under attack. In Critters 3 all of the tenants end up together early on. What follows is a 50 minute chase scene in which they move from one location in the building to another until the Crites find them again. It becomes tedious rather quickly.

Critters 3 has the tendency have the Critters only kill the bad guys. The aforementioned maintenance man Frank is their first victim. The only other victim they make is the evil real estate developer. He just so happens to go to this property since Frank doesn’t answer the phone. That’s because Frank is being to busy getting eaten. All the tenants keep on getting rescued just in time. Save for a few darts in the hand or neck and the occasional bite, everybody manages to keep out of harm’s way. The problem here is that almost none of the tenants is a fully develop character. These characters are usually the ideal victims. It’s not like in the first movie where there are only five people in the house and they are a family.

What’s the use of having a movie full of man eating creatures if they only eat two people? 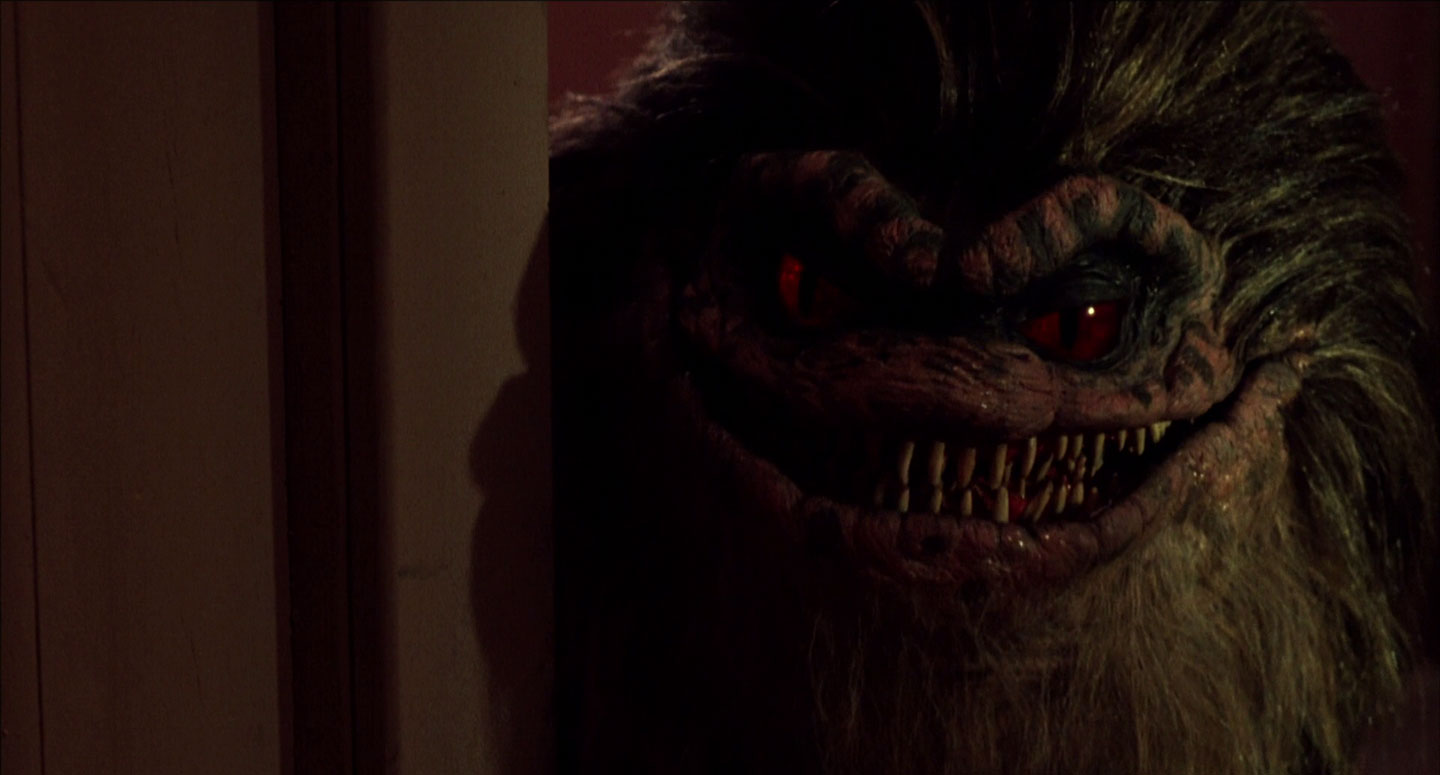 One of the praises I gave Critters 2 was that it is a bigger movie than the first one. But DTV movies have lower budgets and it shows. Critters 3 takes place mostly in the apartment building and even though we have seen the Crites in two different movies now, they use POV shots when it comes to the Crites most of the first act. This is of course cheaper than using puppetry.

This approach also gives the movie some enormous plotholes. The idea is that a Crite puts a couple of the eggs under a mobile home. Then it travels with the eggs as stowaways, chews through the brake-cable for some reason, but just before they arrive at their destination. The eggs then all seem to hatch and the Crites coming out of it are all instantly adults. No puppy-Crites like we saw them in part 2. Again, the lack of budget is obvious. Though, the puppets in this movie are done by the same company as the previous two movies. Didn’t they have those puppy-Crites laying around? 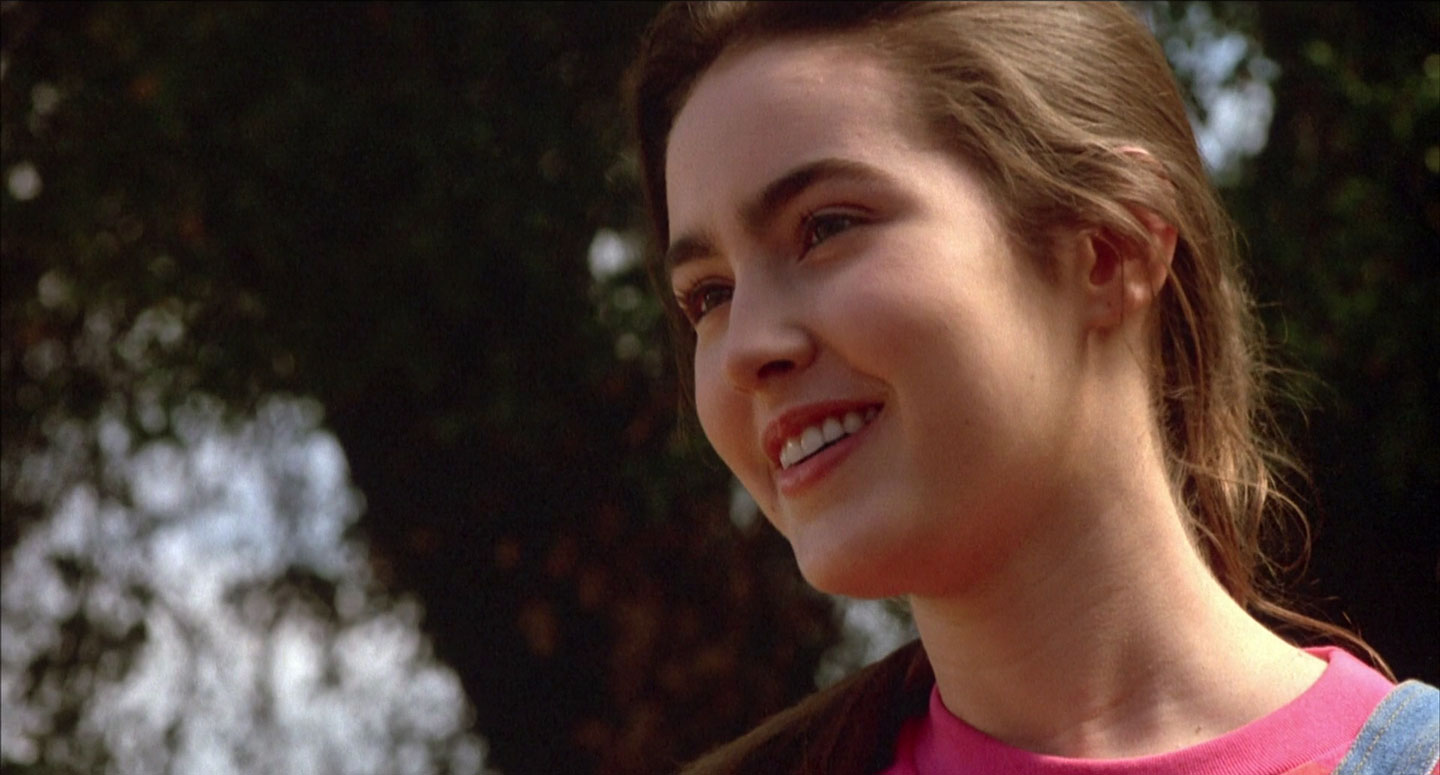 Save for Don Opper and a cameo by Terence Mann none of the previous cast returns. And even Opper is reduced to a glorified cameo as he only appears in the first and final 10 minutes of the movie. That’s not perse a bad thing as he is probably the unlikeliest actor to carry a franchise. The rest of the cast consists of unknowns. I do have to point out that one of those unknowns is Leonardo DiCaprio in his first movie role. We all have to start somewhere.

As the protagonist Aimee Brooks comes across as a B-movie version of Jennifer Connelly. She doesn’t really standout from the rest. Even DiCaprio is rather bland. But given the material people had to work with I don’t think that any actor could have brought something extra.

By now the Crites are the stars of the show, but even they have become one note characters.  The previous movies, especially the first, provided them with developed characters. Subtitling their dialog was a brilliant idea. In Critters 3 they hardly have any dialog and the few lines they do have fail to make an impression. Again the movies provides us with a scene in which the Crites wreck havoc. Like in the first movie it’s somebody’s house where they mostly eat stuff, including dish soap. One of them eats beans resulting in a farting scene. It was at that exact moment I came to the conclusion that the series has reached its absolute low point. 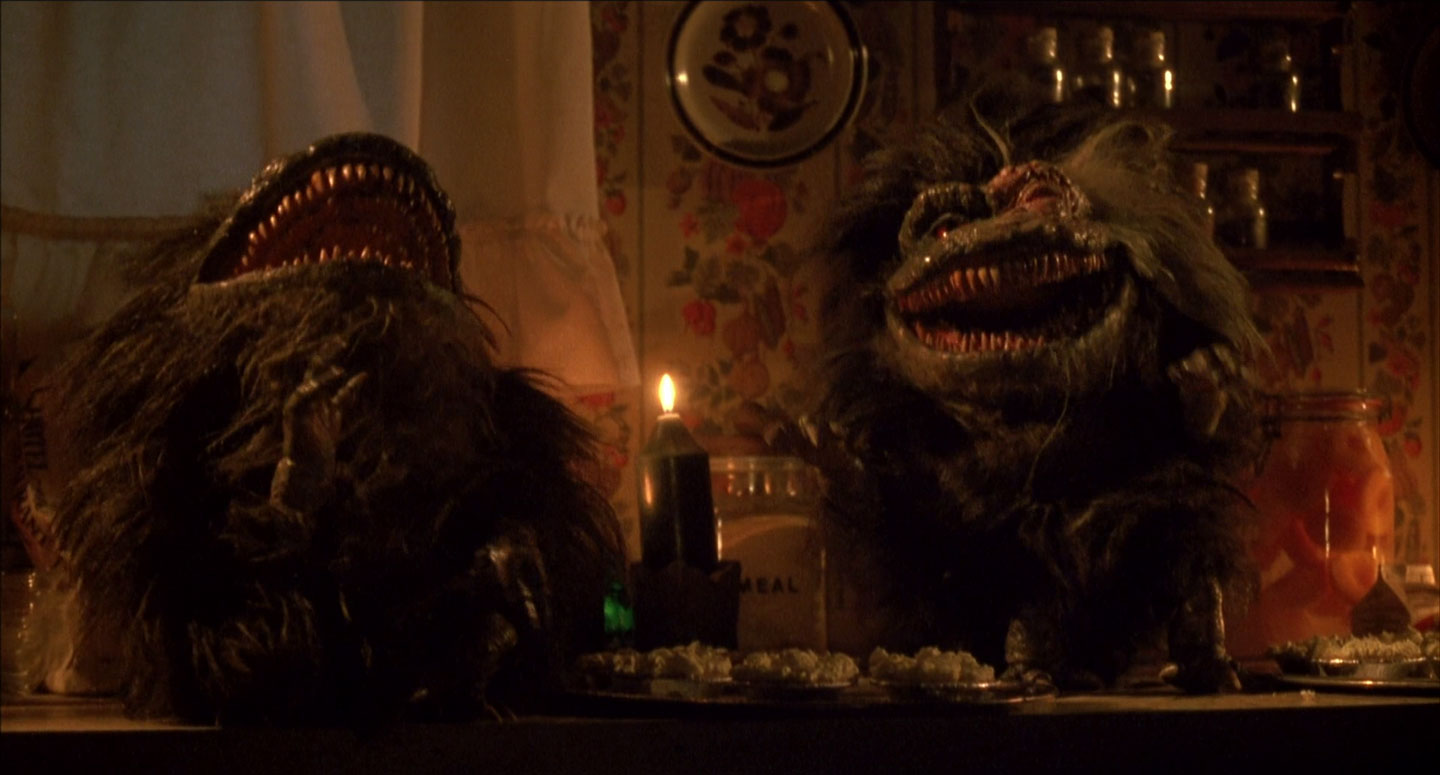 Critters 3 is obviously only made to squeeze some money out of the property. The only people who seem truly invested in this movie are Don Opper and the puppeteers. They give it their best to make something out of this movie. Once again the puppets look great, but scaling down from a couple hundred in part 2, to only four or five here feels like a major step down. Like the singer Yazz once sung: the only way is up.