When movie studio New Line Cinema has a low budget hit on their hands they know how to milk it. The studio was basically built on the Nightmare on Elm Street movies they put out almost each year from 1984 to 1991. It’s why New Line Cinema is often dubbed “The house that Freddy built”. There’s even a documentary about it with said name. So it should come to no one’s surprise that a mere 1,5 year after the success of the original Critters a sequel was released: Critters 2: The Main Course.

Critters 2 was the first Critters movie I actually saw. In order to watch a movie in the early 90s you either had to rent it or catch it on TV. Since I didn’t always had the financial means to rent everything I wanted to see I always inspected the TV guide very closely. This also meant that they would sometimes air a sequel which I then watched without having seen the original movie. Some examples of first movies I saw from franchises were: Hellbound: Hellraiser 2, A Nightmare on Elm Street 4: The Dream Master and the movie I’m currently reviewing. 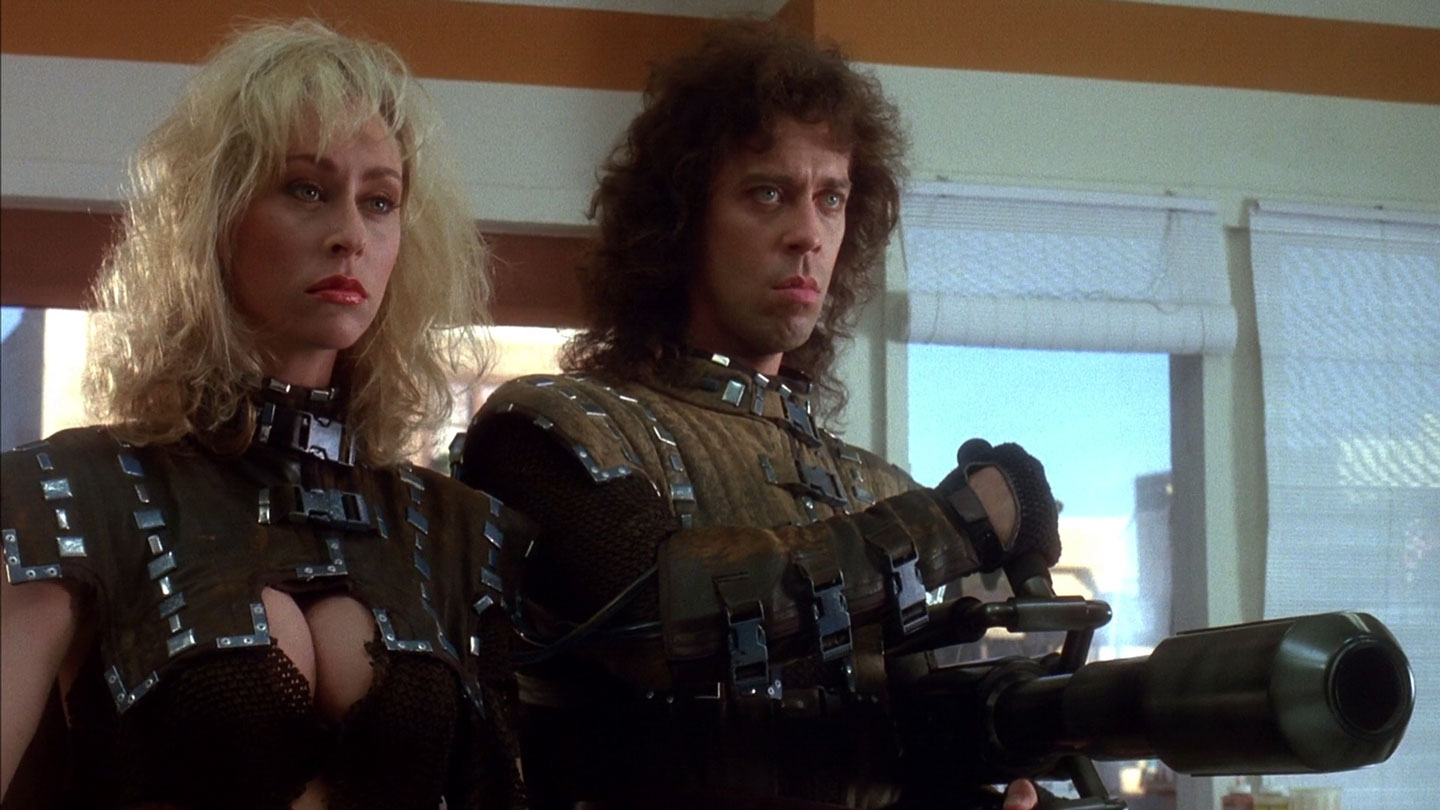 Because of this Critters 2 has a special place in my heart. I found it a very amusing and funny movie. Even though I didn’t get quite all the details since I had not seen the original movie. But the movie is rather easy to follow. There are eggs with alien porcupines in them. They hatch. People get eaten.

At the end of the first Critters movie a sequel was teased as the we got a shot of a couple of Crite eggs before the credits started to roll. Critters 2 picks up on that as a couple of locals go to the now abandoned Brown farm. One of them has found these strange looking eggs and sells them to a merchant for a case of beer. The merchant then sells a couple of these eggs to the local church for the Easter hunt while keeping the rest. This way the eggs rapidly spread throughout town. 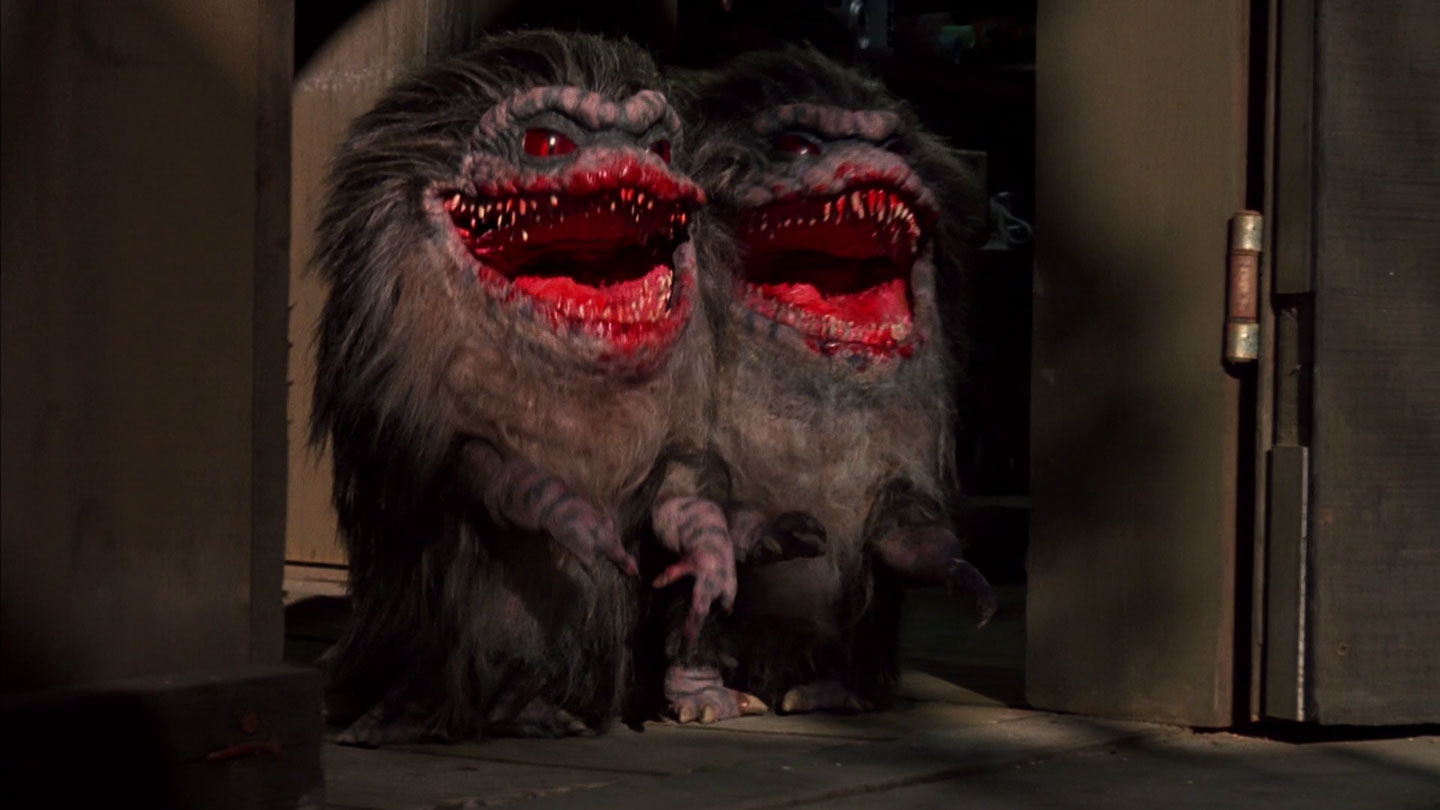 Back for Easter is the protagonist of the first movie Bradley Brown. He’s visiting his grandma, who coincidentally was the person who bought the Crite eggs for the church. Bradley is a bit of an outcast as the townspeople call him the “boy who cried Critter”. Few people believe the stories about the alien porcupines, which is a bit of weird since plenty of people were witness to the face-changing aspects of bounty hunter Lee.

Also returning to Grover’s Bend are these bounty hunters. Including the town drunk Charlie who, at the end of the previous movie, went with them. The Crites are fairly easy to kill as is demonstrated on multiple occasions. You can shoot them, drive over them or step on them when they’re still small. It surprises me that in a gun-toting nation like the U.S. people need the help of the extra-terrestrial bounty hunters to kill off these Crites. But here they are again and in one scene actually provide one of the biggest laughs of the movie. 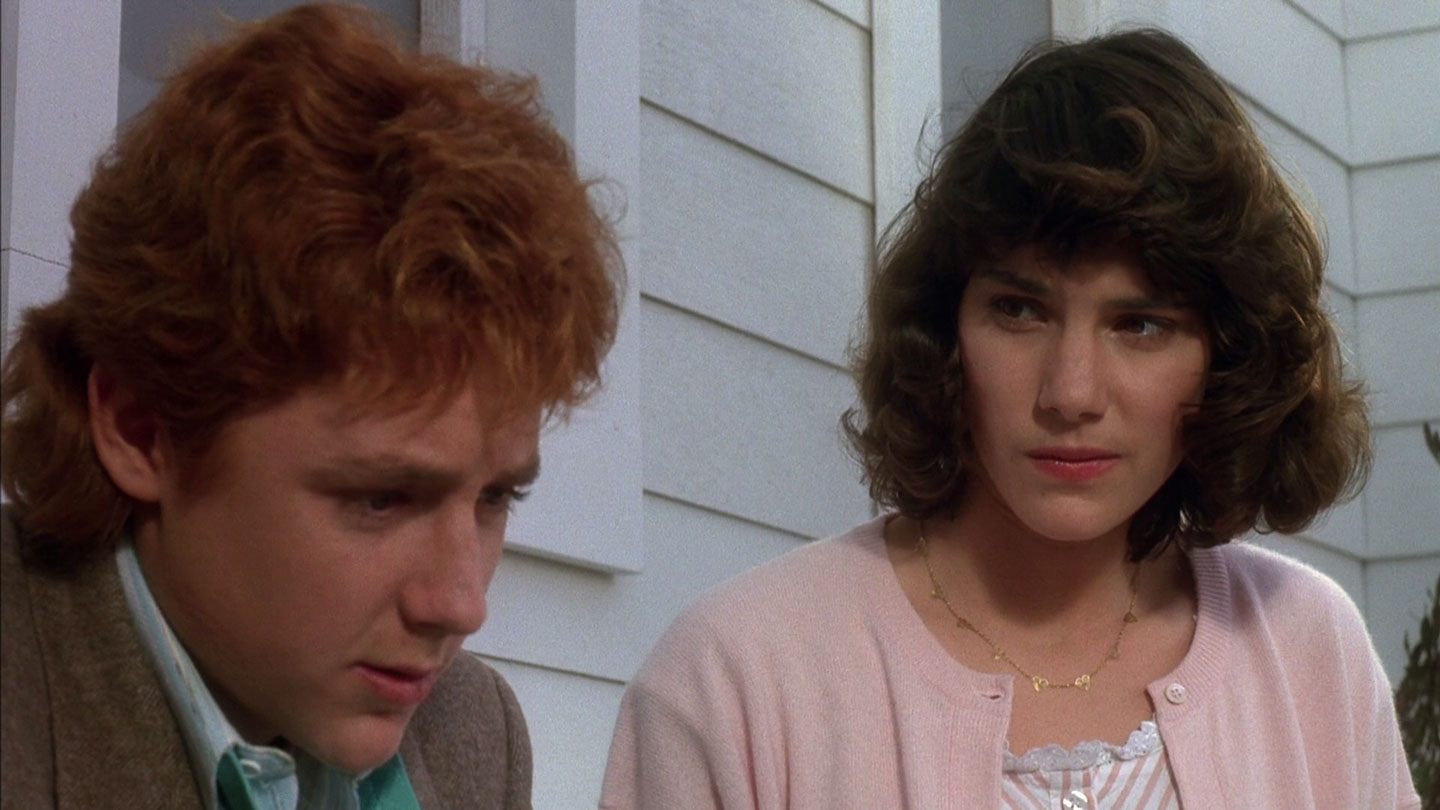 Humor is a large part of what makes Critters 2 so enjoyable. The first movie was written before Gremlins and the Crites in it were nasty little ferocious creatures. The original plays it rather straight save for some scenes with Charlie and a montage of the Crites wrecking havoc in the Brown family’s house. Critters 2 ups the ante and is more of a horror-comedy. The tone is more light-hearted and the carnage of the Crites is much more Gremlins-like. They go berserk at a burger joint, cut through telephone wires and are able to strip a person to the bone in mere seconds when combined together in one big giant Crite ball.

The story is largely a rehash of the original movie, but with a grander scope. Instead of just a farm they now attack the entire town of Grover’s Bend. It follows the standard sequel trope of bigger is better. This takes away the more personal approach of one family under siege by eight vicious alien porcupines and replaces it by dozens of people being under attack by hundreds of Crites. Even though the original movie ends with only a handful of eggs. The large amount of people give the movie a lot of throwaway characters. Characters you can simply kill off for the sake of a higher body count.

Critters 2 has a lot of those characters running around. People who have just one or even no lines at all before they end up as Crite dinner. These deaths have no meaning and often make us even laugh because they’re presented in a goofy way. The sheriff in an Easter bunny suit being one of the most memorable. At the time of writing a photo of him in the Easter bunny suit is actually his profile picture on his imdb page. Critters 2 has one meaningful death, one that makes the act of killing the Crites personal to another character. 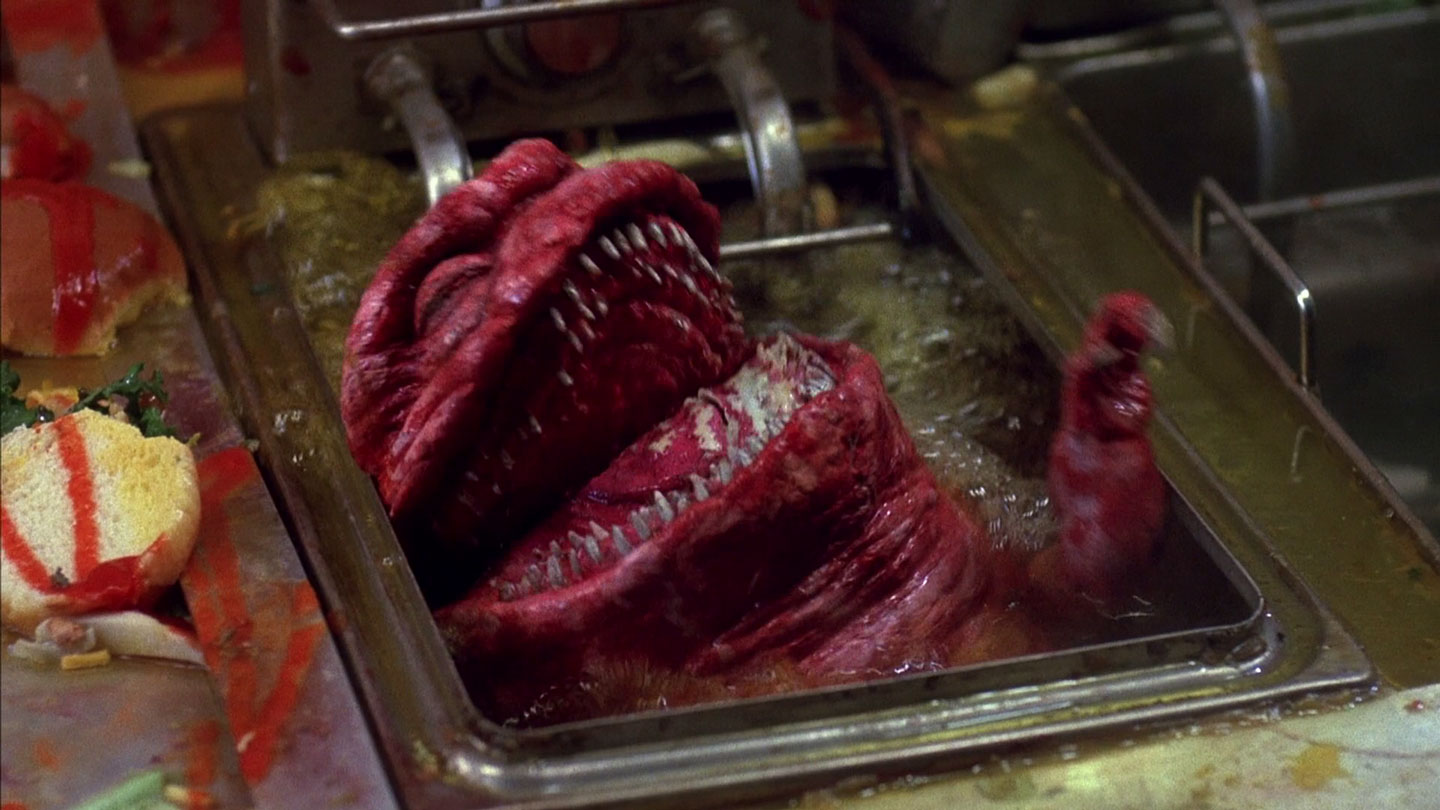 The puppetry on display here great. Especially considering these are all practical effects. Sure, the camera and Crites are often positioned in a way that gives the puppeteers away to operate them unseen. Unlike the first movie, Critters 2 takes part largely during day time, but the design and details that the makers have put into the creatures makes sure these creatures never look fake.

What surprises me the most it how bad the reviews for this movie were upon the time of its release. Critters 2 scores a 33% on Rotten Tomatoes and Roger Ebert even put it on his most hated list. But I think both time and the existence of Critters 3 and 4 have put this movie in another light. Most user reviews tend to hold up the first two movies in high regard, while the latter two not so much.

Critters 2 is an enjoyable follow-up to the cult classic. It’s not a masterpiece of course. But no movie about alien porcupines wrecking havoc on a small town will probably ever receive that label. Being a Gremlins rip-off, it’s funny now how much the Gremlins movies and first two Critters movies are in sync. The first one is the better, yet small-scale movie. The second is the over the top, no holds barred movie with way more humor.

Taglines often don’t mean much. They’re just a marketing tool. But in the case if Critters 2 it makes sense: this felt a lot like The Main Course.