Critters is a 1986 creature movie best known for being one of the many Gremlins rip-offs. But unlike similar rip-offs like Ghoulies, Munchies and Hobgoblins, Critters is actually a good movie. I was kind of surprised myself. It always looked to me like a cheap B-movie that favors gore over quality. But the I was pretty much judging this movie by its VHS cover. And while Critters might indeed be a B-movie, it’s one with a decent story, some nice special effects and enough character to set itself apart from Gremlins.

Critters centers around the Brown family, who live on a farm near the small town of Grover’s Bend. It’s your average working family: Father Jay, mother Helen, teenage daughter April and early teen son Bradley. Brad is your typical bratty protagonist of the movie. Trying to fake sickness in order to get out of a test at school. He’s often fighting with his older sister April, which gets him into trouble with their parents. April herself has other things on her mind. Mostly her boyfriend Steve, who has just gotten an expensive car from his parents. Also working on their farm is the local town drunk Charlie. He often claims aliens are talking to him through his fillings. 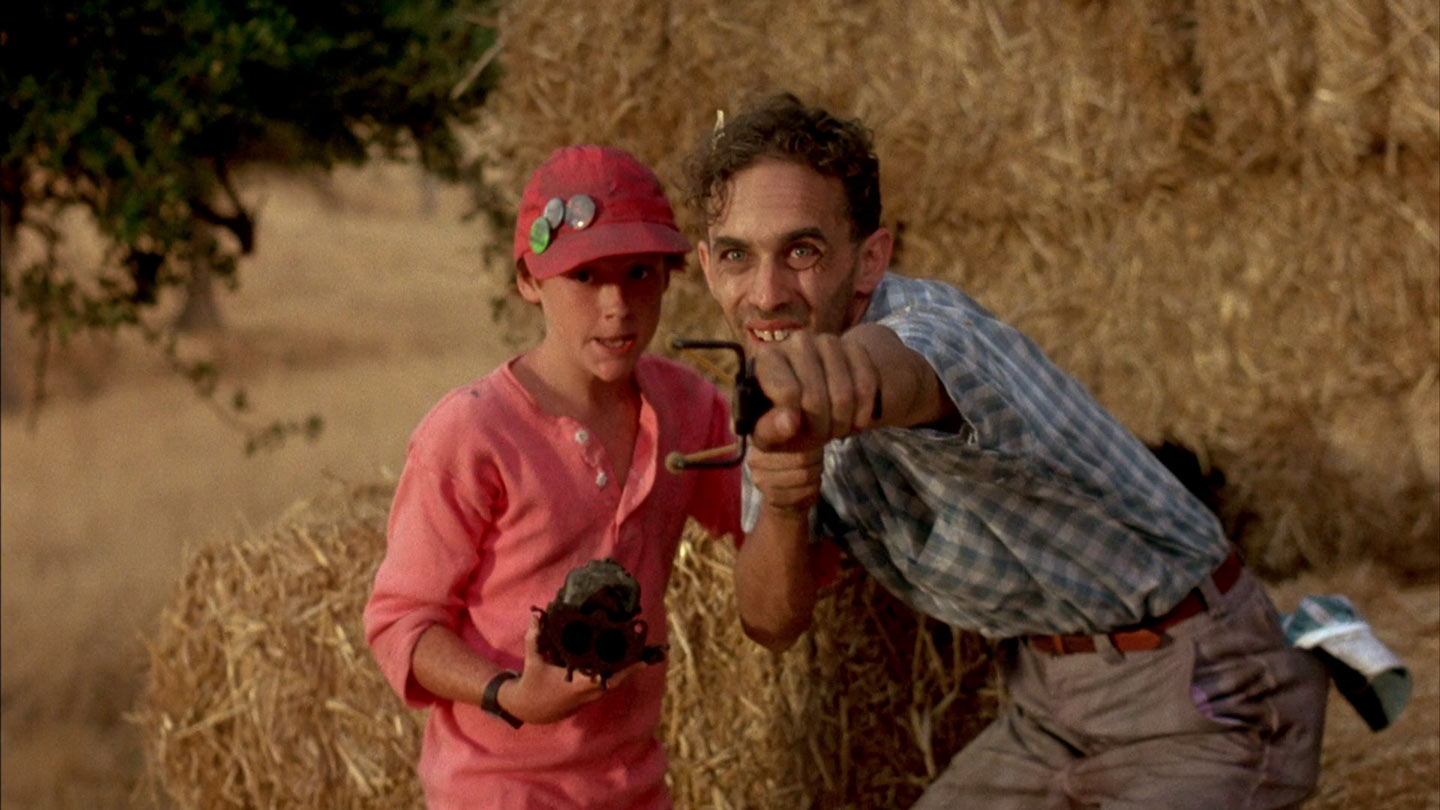 Their every day lives are about to change as one night a space ship crashes near their farm. In it are 8 fugitive Crites. The opening scene shows us how they are brought to a maximum security prison on a meteorite. But they manage to escape off-screen and set course for earth. So the warden, or at least I think it was the warden, enlists the help of a couple of bounty hunters to kill the fugitive prisoners. These bounty hunters are able to mimic the looks of who or what they want, so they end up looking like humans. This also comes in handy for budgetary reasons.

Long story short: The Critters end up terrorizing the Brown farm and the bounty hunters do their best to find them leaving a path of destruction behind them. Shoot first, ask questions later seems to be their motto.

Apparently Critters was written before, but made after Gremlins was released. This is probably the greatest strength of Critters as it seems to be something of its own. Not like a rip-off like you would expect. Mostly due to the incorporation of the bounty hunters. Somehow aliens in movies often tend to be superior to us. In Critters the bounty hunters might be physically superior to us, but they have a lot of trouble with something simple like driving a car. There is an entire scene in which they drive around a police car in reverse and crash into a church. It’s fun but also realistic in a way. Elderly people have enough trouble with the average remote, so why should aliens automatically know how to drive a car? 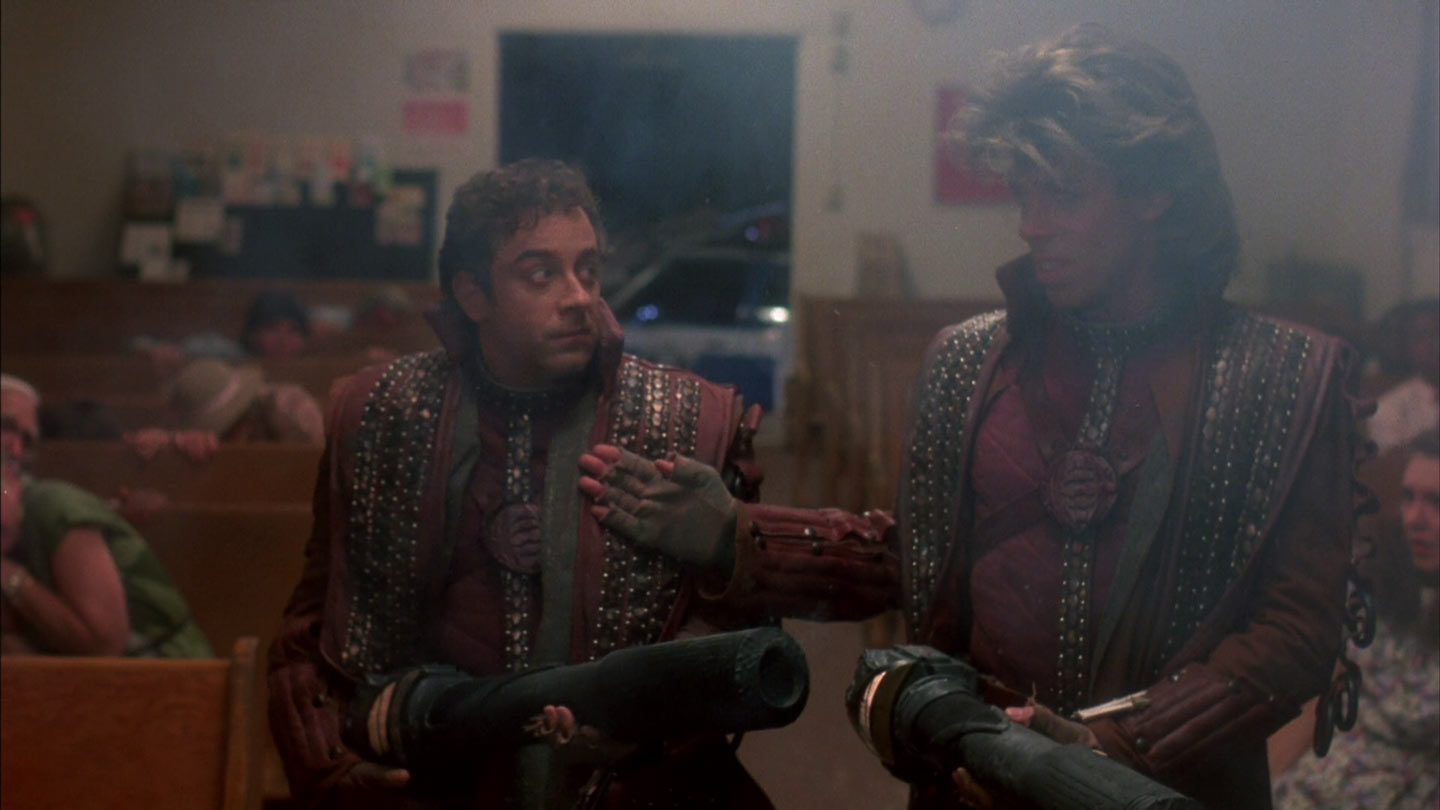 The inclusion of the bounty hunters might well be the result of this movie being written before Gremlins. It’s quite possible they were the original leads. The screen time between them and the Brown family doesn’t differ much and it gives the movie a larger feel than when it would all take place at the farm. Certain scenes are quite obvious based on the result of the success of Gremlins. Most notably a montage of the Critters wrecking havoc on random stuff in the Brown house.

But despite those scenes this still feels like something original. Or at least an original mash-up as there are elements of several other 80s movies as well. E.T. for instance. Not only does Dee-Wallace play the mother, but there is also a scene where a Crite eats an E.T. plush toy. Stuff like this let us know that the makers aren’t really trying to hide the fact that their movie consist of bits and pieces of other movies. It makes us feel like we’re in on the joke. 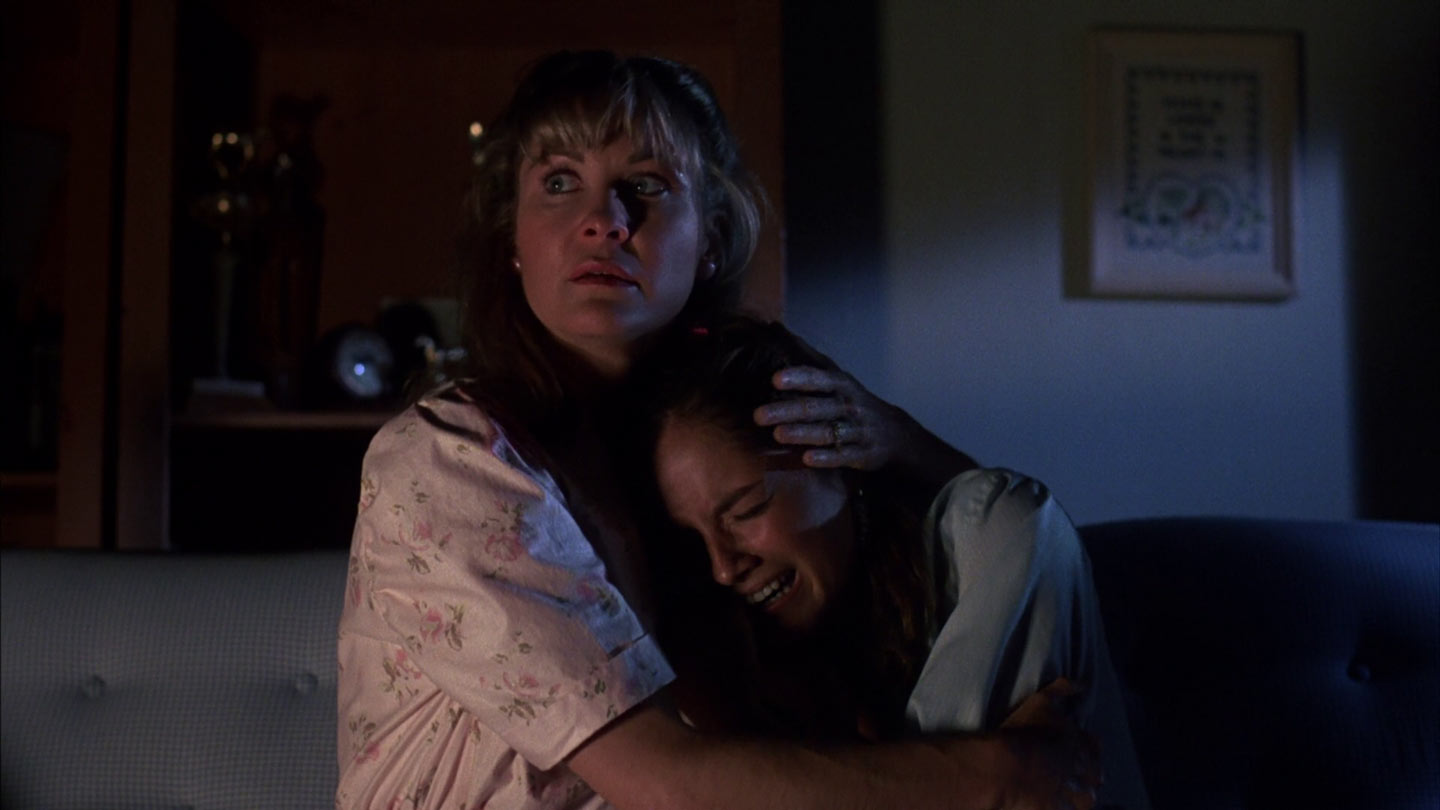 The Crites themselves all look alike which is logical, since they seem to be some kind of alien porcupines. I like the creature design. The glowing red eyes really pop out in the dark and them being able to shoot darts and roll around for quick transportation are nice touches. Video game character Sonic the Hedgehog was probably based upon the Crite design. The similarities between them are too obvious.

It’s easy to poke holes in a lot of the elements of Critters. A couple of creatures the size of a cat manage to escape from a maximum security prison with ease and fly a space ship. A simple firecracker is able to blow up an entire space ship. Even the ending is kind of goofy as a completely destroyed farm is restored by a simple click on the button of an alien remote. Then again, I’m taking this movie for what it is: a cash-in on the Gremlins franchise with enough original elements to stand on its own two feet. 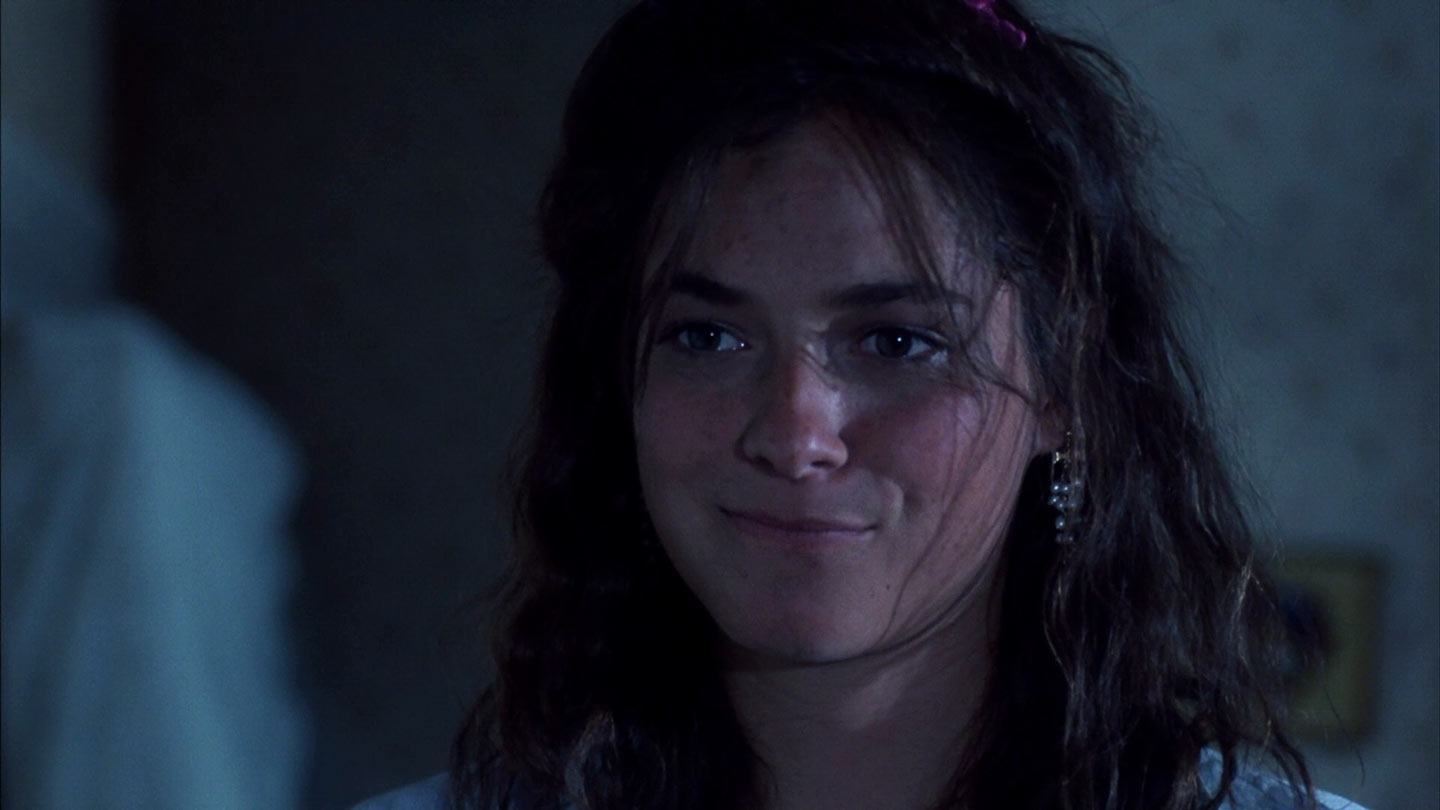 Critters is fun little creature movie. It wisely has all of the Crite scenes take place at night and/or at dimly lit locations. This makes the special effects a lot more realistic, even though the limitations of the Crites are obvious. It’s also part of the charm and actually one of the reasons this movie works so well. My guess is that if they had CGI back then, this would have been one of those bad Sy-Fy movies. Now it’s an enjoyable and entertaining guilty pleasure.