Craftsmanship. It’s probably the one word that does justice to a movie like Coraline, a stop-motion animated feature by Henry Selick, the man that brought The Nightmare Before Christmas amongst other. A movie like this instantly reminds me of Toy Story when you had to be out of your mind to animate an entire movie with the computer. That took loads of rendering time, and the software was still in its development phase. Of course that changed the last couple of years now every kid with a computer can do that kind of magic. But Coraline is made the old way. Normally stop-motion was used with special effects; when creatures needed to be brought to life. Until some unknown movie called Jurassic Park came along that is. Now stop-motion is time-consuming, very time-consuming. To make a motion picture out of it you have to be out of your mind. Luckily for us some people are and so every now and then we get treated to an old-fashioned stop-motion movie from people like Tim Burton or the guys at Aardman. And because these film are so hard to make the creators are really making sure these movie excel in quality and storytelling. 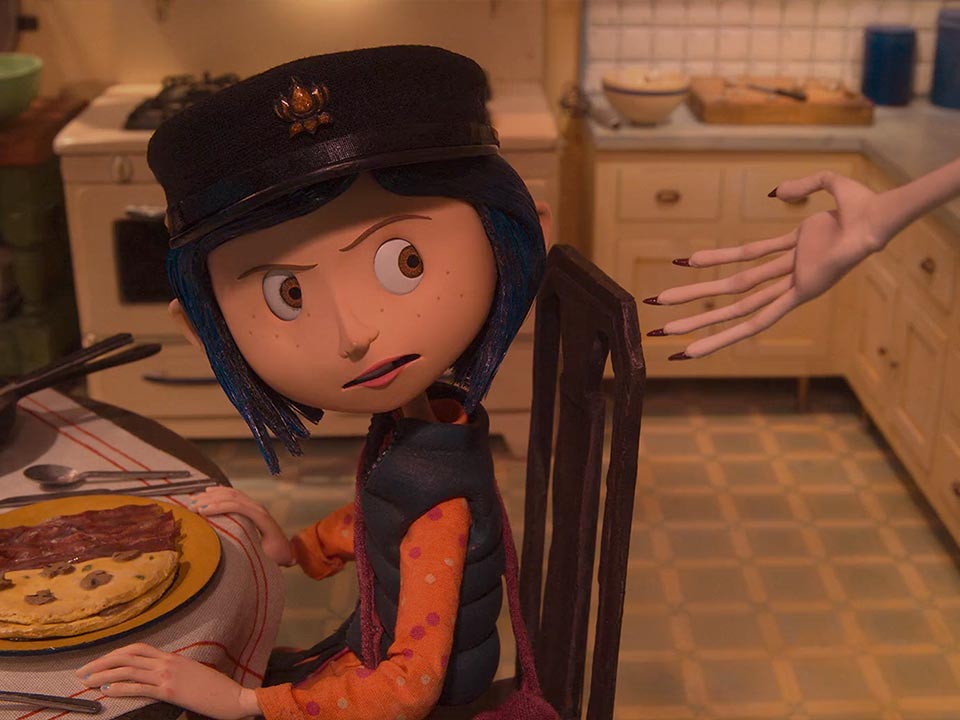 Coraline tells the story about a girl moving to a new house with her workaholic parents who spend little to none time with her. One day after following a mouse she finds a door in the house which turns out to be a portal to another dimension. Here there is somewhat of a mirror world thing going on as she meets her parents who are kinds, have all the time for her and in comparison with the other side that is very desaturated this world is fiulled with bright warm colors. Paradise and the life Coraline wants. The only weird thing is that everybody here has buttons instead of eyes and the mirror image of her constant babbling friend Wybie is mute here. Yet this is the life Coraline so desperately wants all this time and it’s hers as soon as she trades her eyes for buttons…

Coraline is a weird movie. No other description fits this movie more. But it’s not arthouse-weird which means we don’t understand what is going. It’s simple a-z storytelling with a little twist here and there. The mirror world consists of beautiful imagery created by people with probably unlimited imagination and who were probably strung out on LSD when they were thinking it up and designing the movie. Think of Alice in Wonderland, but in stop-motion and with out the white rabbit. We do get spiders and mice here though. 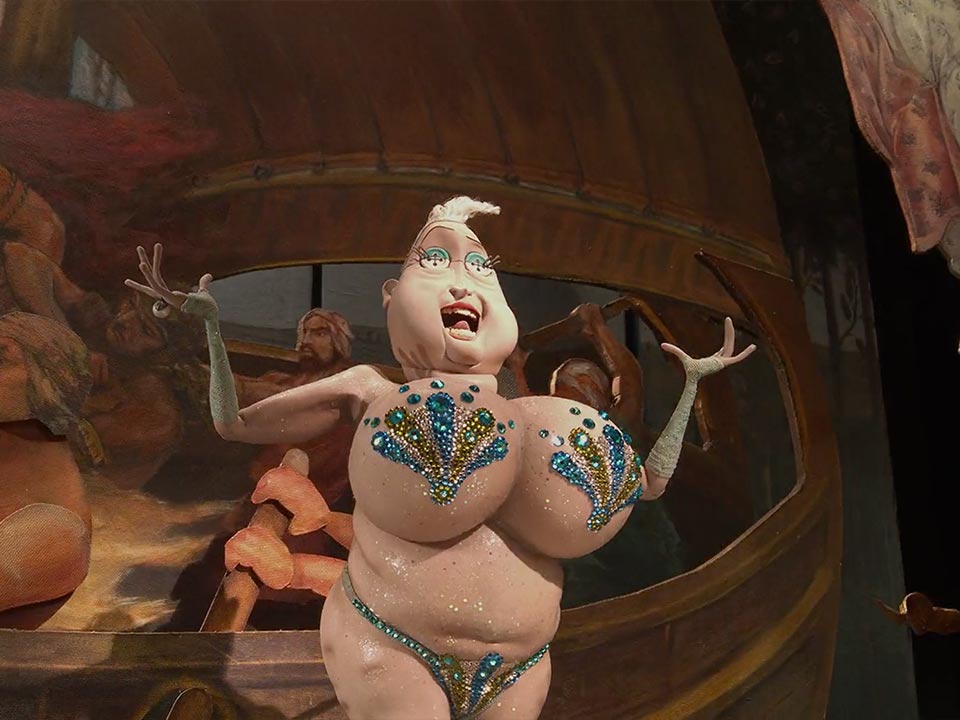 Coraline is beautiful and well written but not perfect. There is something missing. Maybe it was a dash too weird or Coraline a bit too clever for her own good. Somehow I couldn’t identify myself with Coraline like I could than say a Jack Skellington or a Wallace. This made the movie feel more like an expose of someones fantasy and imagination. Maybe Selick should work with someone like Tim Burton to get the best out of him. But let’s not make the movie sound worse than it is, because it isn’t bad. Far from it actually. Like I stated before: it is beautiful and well written and everybody who loves a bit of fantasy (or a lot) will probably enjoy Coraline.