Code of Honor is the second movie to be released in 2016 “starring” Steven Seagal. Mind you, I’m using the word “starring” in the loosest sense of the term. His face might be on the the cover of the movie, his name above the title, but those are often marketing ploys. Even when his name is listed first on the credits, the real lead is often the guy that is billed second or even third. While Seagal has more screen time and more to do in Code of Honor than his previous movie “Sniper: Special Ops“, he disappears off-screen for lengthy periods of time. It isn’t until 48 minutes into the movie until he has his first lines. The title of this movie might have just as well have been Code of Silence. But that movie already exists.

The movie actually opens with quite a kick-ass action scene. Seagal takes out two gangs doing a drug deal at a remote location. He sadly doesn’t use his Aikido skills, but shoots them all up with a sniper rifle and an automatic weapon. It’s a scene filled with CGI blood splashing round as he takes them all out with ease. One guy is taken out vintage Seagal style by hand-to-hand combat before he leaves the scene. Seagal turns out to be Colonel Robert Sikes, a man on a revenge mission to rid his city of crime. His family was killed when they found themselves in a shoot out between two gangs. The police were unable to pin these murders on someone. That’s why he has made the decision to go all Punisher on all the local gangs.

Investigating him is his former protégé William Porter. He’s played by Craig Sheffer who I clearly remember from Hellraiser: Inferno. Even though Seagal is top-billed, it’s Sheffer who has most of the screen-time and lines. Even the most memorable scene from the movie features Sheffer and not Seagal. It’s when he takes out an entire nightclub while keeping his ass glued to a chair because there’s supposedly a bomb attached to it. It’s a scene way too inventive for DTV-schlock like this. 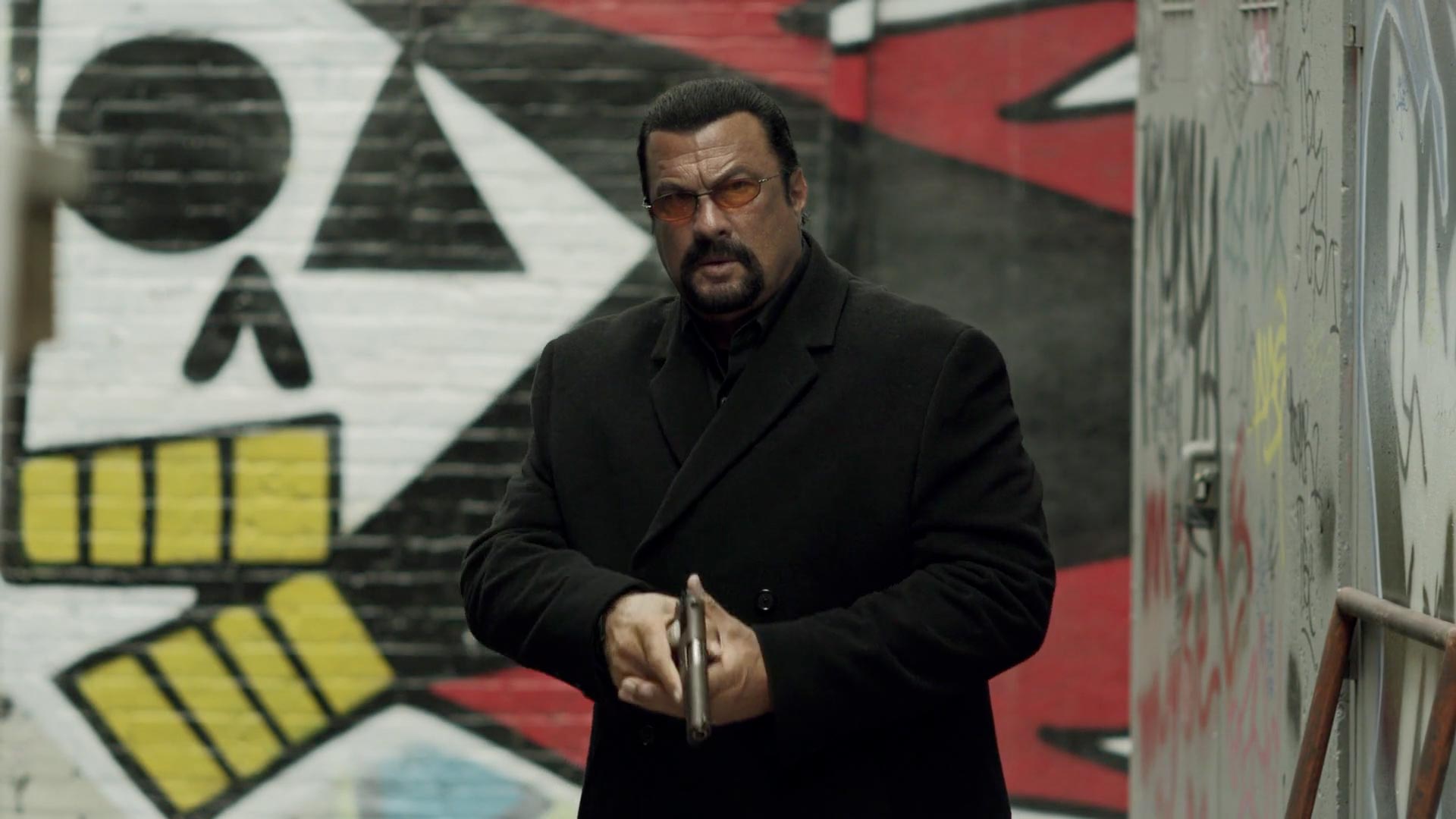 Code of Honor bounces between being a cheap, simple action movie and a David Cronenberg movie complete with twist ending. It’s refreshing to see Seagal in a role that at first seems to be just a vigilante take on his usual good guy roles. Near the end of the movie, we get to see a character that is more morally ambiguous than we’re used to seeing from him. The movie also reintroduces that classic Seagal movie trope in which his character is described by another as a complete bad-ass:

“His name is Colonel Robert Sikes. He’s a commander of one of Special Forces’ most elite units. His service record is impeccable. His skills of hand-to-hand combat, weapons, firearms, explosives is… it’s unmatched. He’s trained to blend into any city, any terrain, and he’s using those skills and that training to go after gangs or drug dealers or anyone who in his mind is threatening the moral fabric and well-being of this country.”

It’s been a while since we had such a scene. Too bad Sikes doesn’t really live up to that description. Yes, he murders a lot of people but most of them with a firearm. Like his previous movies Seagal does a lot of sniper work which only requires him to point a rifle at something. This seems to become a trend. If so,  then I’m expecting a whole slew of movies in which Seagal is simply moving from one chair to another the entire movie. Quite the depressing though considering him being someone they call an “action star”. 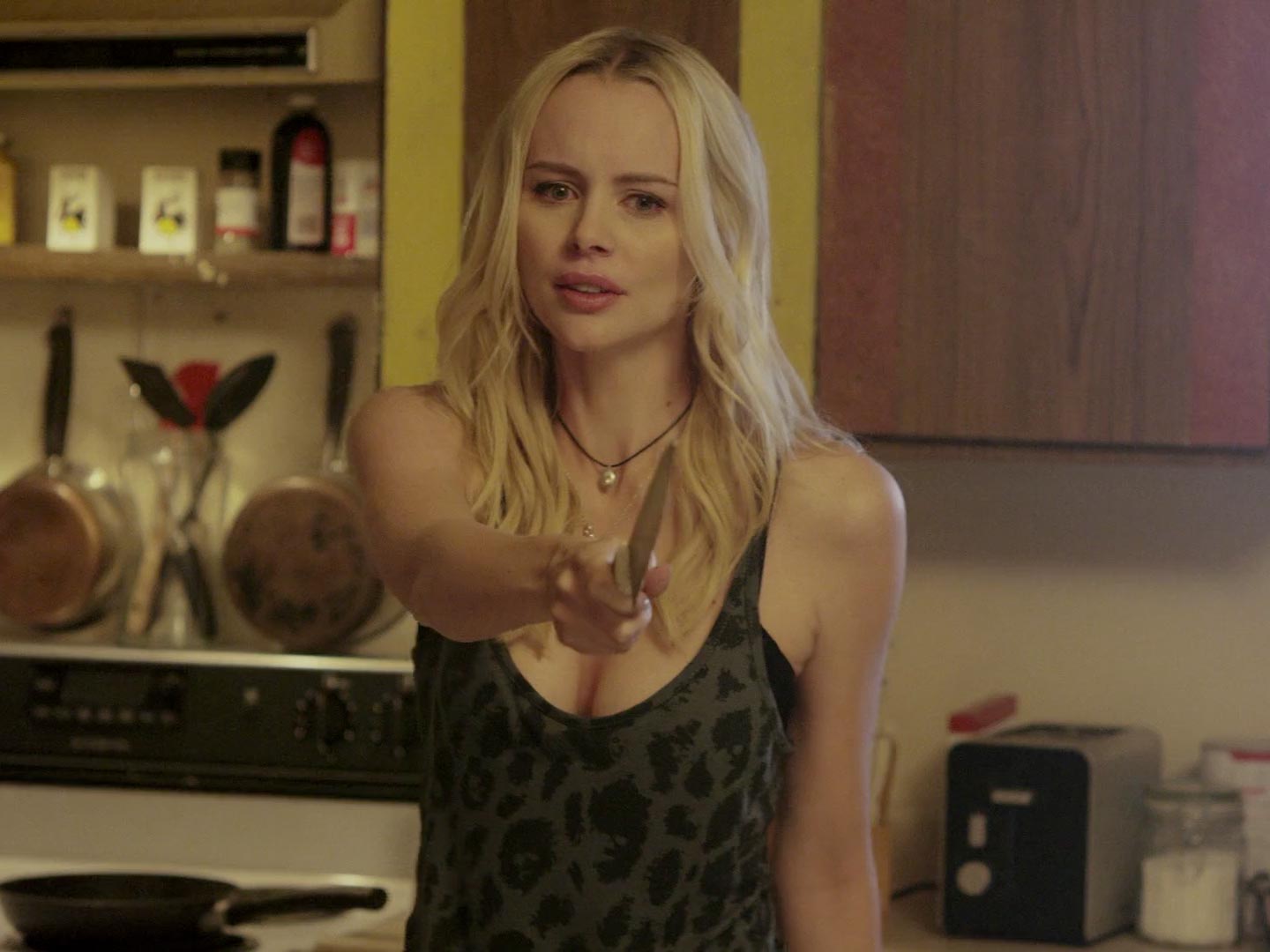 Code of Honor is a slightly above average Steven Seagal DTV flick that brings in some twists and turns. These elevate it compared to his usual mediocre output. The low budget and weak supporting cast hurt the movie. In certain scenes the green screen effect is way too obvious and the news reels featured in the movie were terribly done. One saving aspect is the standard hot girl in danger role. She is played by Swedish model Helena Mattsson. Even though her character feels a bit shoehorned into the movie, she was absolutely gorgeous. One of the more beautiful women to pop up in a Steven Seagal movie. One that for once, doesn’t have an awkward sex scene with the fleshy fighter. Good for her.

After “Sniper: Special Ops” I was really expecting a similar bad movie, but Code of Honor was actually decently made. I liked how they tried to make it more than just a simple low budget action movie, even though they didn’t fully succeed.