While having crafted a small universe in which all of his movies are connected, writer/director Kevin Smith has never made a direct sequel to one of his movies. Much like the Marvel movies nowadays characters from one movie would show up in another movie. But the movies themselves all stand on their own. You can perfectly watch movies like Mallrats and Dogma without having seen Chasing Amy or Clerks.

The closest thing to a sequel Kevin Smith did was Jay & Silent Bob Strike Back. Which was a his version of The Avengers. A movie which had all the main characters from previous movies come along. Sometimes just for a walk-on role. But in 2006 he made his first true sequel: Clerks 2.

Clerks was a surprise hit. A movie that was shot in black and white on a shoestring budget by a group of friends from New Jersey. The set-up is as basic and simple as they come. A day in the life of convenience store clerks Dante and Randall. The movie stood out due to the hilarious script written by Smith. Clerks 2 takes largely the same approach, but now Dante and Randall work at a fast food restaurant. 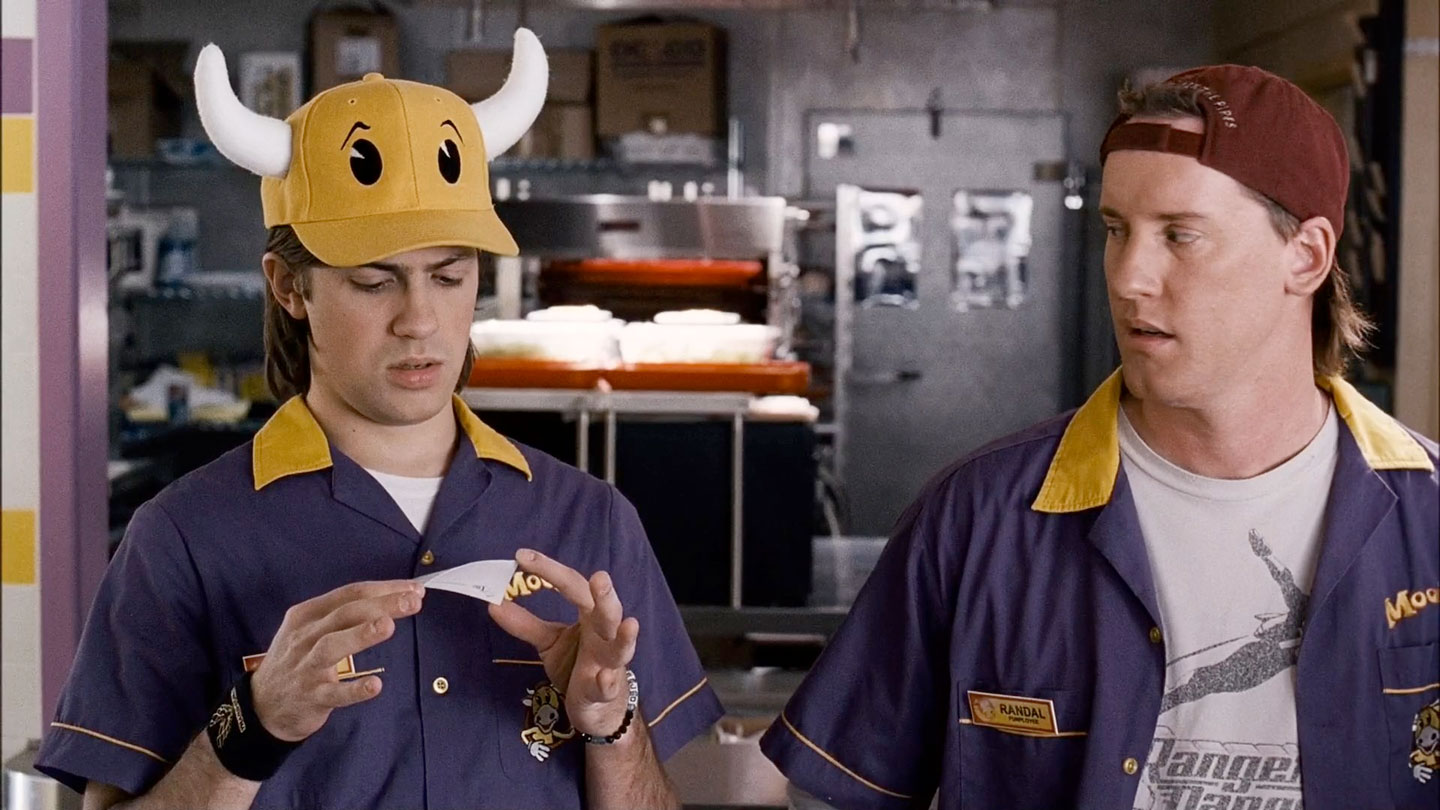 They deal with a wide variety of customers, stoners Jay and Silent Bob and their colleagues Elias and Becky. It’s Dante’s final day on the job as he’s moving to Florida with his fiancé Emma. Much to the dislike of Randall who doesn’t want to see his best friend leave. Dante also has quite a friendly relationship with his manager Becky. Aside from picking on customers Randall’s favorite pastime on the job is annoying his co-worker Elias. He is a huge fan of Lord of the Rings and Transformers. Something that gives Randall plenty of ammo.

Much like the original Clerks a lot of stuff happens while nothing actually happens. Aside from a go-cart race interlude the entire movie takes place at the fast food joint. Clerks II is almost a feature length sitcom in a way. The script of Clerks is almost purely character and dialogue driven.

While that might sound somewhat boring it really isn’t. To spice things up Smith inserts a big dance routine to the Jackson 5’s ABC, has Jay perform the Buffalo Bill dance from Silence of the Lambs and has the finale revolving around a bestiality act involving a donkey. Or inter-species erotica as its called in the movie.

Clerks 2 gives us a glimpse of how the original Clerks could have been if it had actual production values. The dialogue is snappy, though not as memorable as the first movie. Aside from the donkey scene one of the most memorable scenes is the summary of all three Lord of the Rings movies. It is pretty spot-on.

Clerks 2 is a vulgar, but worthy follow-up to the original. It’s a testament to the writing of Smith that these characters still work this good after 12 years.