It was only a matter of time I guess. With all of the remakes of 70s and 80s horror movies released the past 16 years, starting with 2003’s The Texas Chainsaw Massacre, everybody knew this day would come. But it’s still strange considering that out of all of the horror franchises that have their origin in the 70s/80s, this franchise is the only one still turning out movies with the original cast members. The last installment came out less than two years ago. I’m talking of course about Chucky, the killer doll. Voiced by Brad Dourif in all of the seven movies and created by Don Mancini, who also directed the last three movies. And yet, now there is a remake of the original movie: Child’s Play.

The plot of the movie remains largely the same: a single mom gives her son Andy a popular toy doll for his birthday, but the dolls turns out to have homicidal tendencies. Like most people I wasn’t really fond of the idea of remaking Child’s Play. This wasn’t a gritty 70s movie with bad special effects that could benefit from some polishing up for a new generation. The original Child’s Play still looks good and is a solid movie despite the ludicrous concept of a killer doll killing. But much to my surprise this remake works actually pretty well. 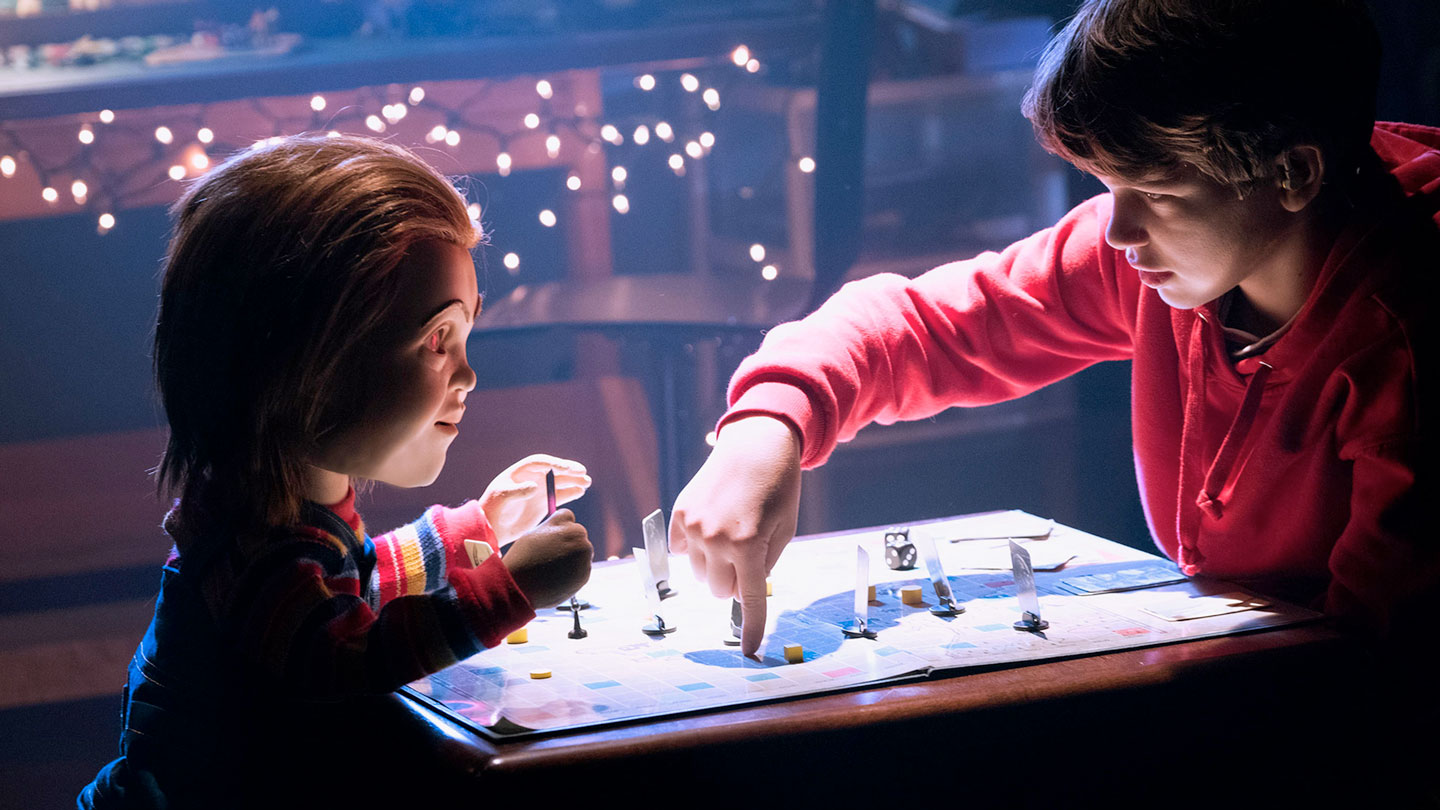 The 2019 version of Child’s Play incorporates a lot of new elements and is mostly a remake only in terms of the concept, names and the look of Chucky himself. This is almost a completely different movie. Chucky isn’t a toy doll who has come to life by a serial killer transferring his soul into a doll, but rather a smart hub like Google Home or Amazon Alexa. It’s not just in the form of a speaker, but rather a doll capable of moving around. These Buddi dolls can control every product the parent company makes. Much like how your Smart Phone can connect to your thermostat, the Buddi doll can control similar smart devices including self driving cars.

Chucky is the result of a disgruntled Vietnamese factory worker who turns off all of the safety settings of one of these dolls. This doll ends up with 13-year-old Andy who has a bit of a hard time making friends. His mom is seeing a guy he doesn’t like and he mostly hangs around in the hallways of the apartment building he lives in. Without these safety restrictions Chucky becomes a more sinister assistant who kills people and animals that hurt Andy in any way.

Chucky is much like the Terminator in Terminator 2. He wants to protect a person, but has no concept of the value of life. The bond between Chucky and Andy is probably the most notable element that has been changed. In the original movie Chucky needed Andy to transfer his soul from his plastic body into a human. Chucky was a direct threat to Andy, but pretended to be his best friend. In the remake Chucky is actually Andy’s best friend and the people he kills are people who have wronged Andy in any way. The only exceptions are victims who Chucky sees as a threat himself. People who can come between him and Andy. Chucky has some attachment issues. 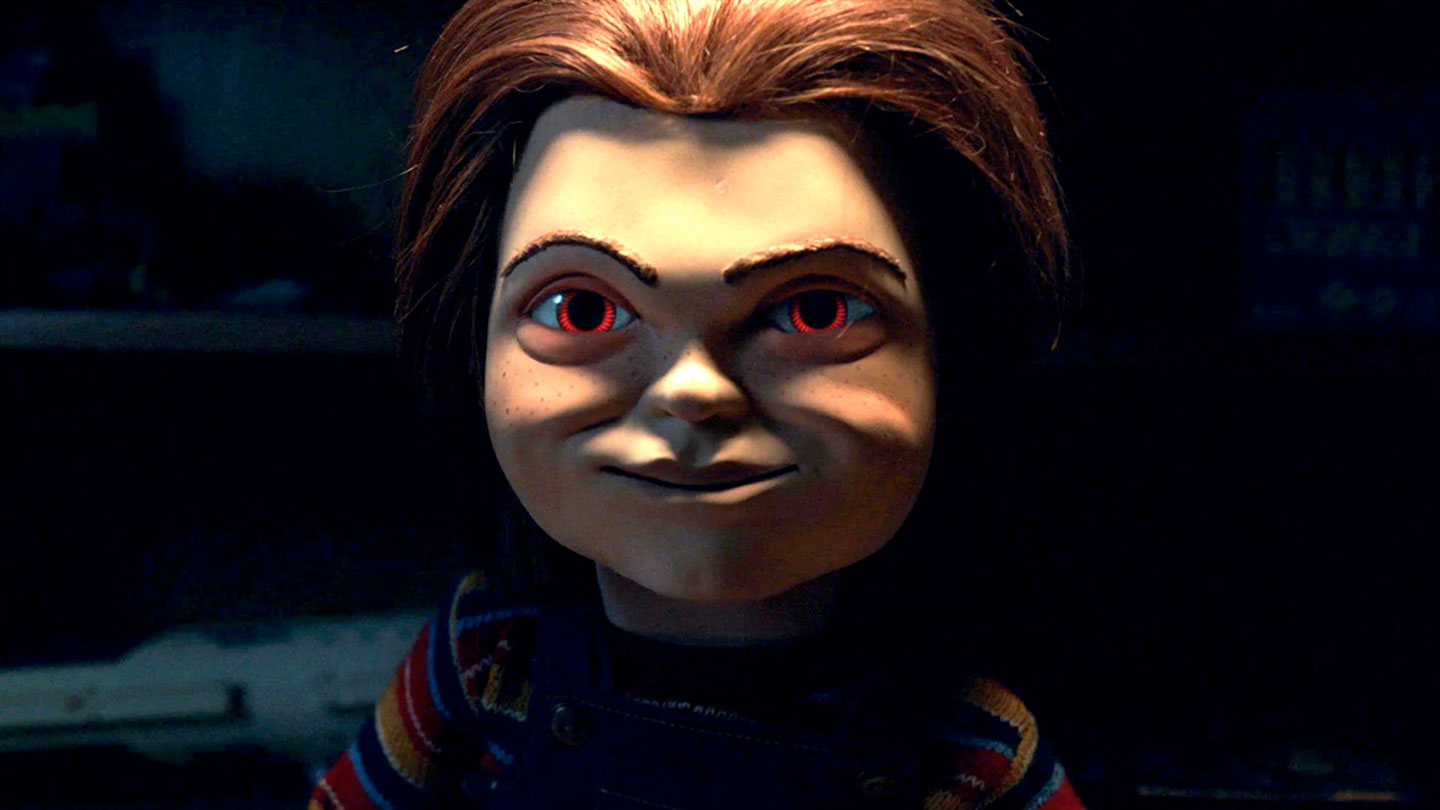 This part of the character of Chucky is also it’s weakest part. He doesn’t really have a persona. In the original movie the soul inhabiting the doll was that of a sadistic serial killer. With a tremendous performance by Brad Dourif who brought an animatronic character to life. Chucky was foulmouthed and full of quips. Mark Hamill does a fine job voicing the new Chucky character, but he is a lot more restrained here. It’s a character that doesn’t have the concept of right and wrong and therefor he isn’t really evil. Even though he does do evil things.

Chucky is a character who cuts of someone’s face because Andy and his friends were watching a Texas Chainsaw Massacre movie and were laughing when this happened on screen. Once again, this is a clever take on the whole idea of how TV influences people. Chucky’s character is also based on the result of several AI experiments that went completely wrong in the past. But it does reduce the character of Chucky just to some malfunctioning toy and nothing more. This works for one movie, but for an eventual sequel they should think hard about how they can develop his character.

This remake of Child’s Play stands firmly on its own. This might have been a better movie if it was a completely original project. But it’s only logical a movie studio wants to incorporate brand recognition. I don’t think this movie will upset any of the fans of the original franchise. Maybe it will even introduce people to the classic Chucky movies and that is never a bad thing.