Child’s Play has become the killer doll movie over the years. OK, well basically from the date of its release because there isn’t much competition in the Killer Doll Genre. Who can forget such classics as Dolls, the Demonic Toys and the Puppet Master franchise. Granted the last two were released later and were ripping of this movie but still, Child’s Play beats them hands down. Considering that it quite saddens me to see that there are no less than 9 Puppet Master movies. I’ve actually seen 6 of those which practically makes me a candidate for a mental hospitalization. But let’s just forget those pieces of shit and get back to today’s classic: Child’s Play.

It’s not hard to see what separates Child’s Play from the rest of the bunch; personality. The concept of a killer doll is an utter throwaway, easy to mock and downright not really scary. Seeing a grown man or woman battling a 3 ft. puppet will probably have many people laughing. That’s the hardest part to sell and Child’s Play actually succeeds in selling it to us. Well, most of the times that is. It’s a shame this movie is rated R as PG-13 kids would find it a more gripping thriller than your basic adult who would kick the shit out of Chucky at any given time. 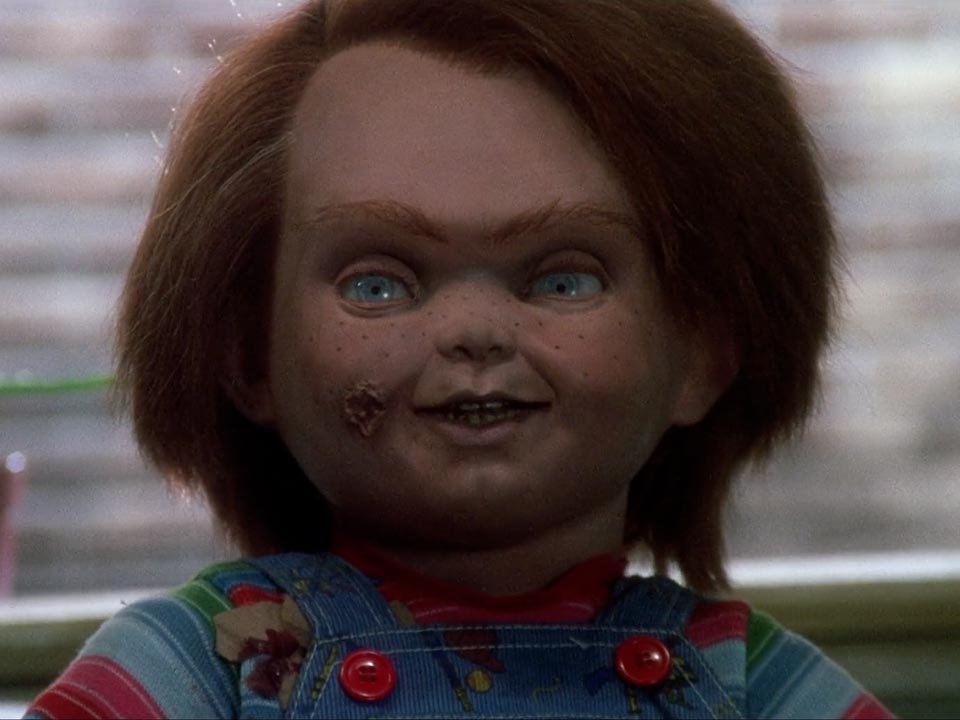 The personality of Chucky is generated by two things: the whole world they created around his character as a Good Guy and Brad Dourif. Early on Chucky, or the Good Guys actually, are established as a hype; the Transformers/GI Joe/Care Bears/Popples of 1988. Not only do we see tons of merchandising but we actually get to see a part of the cartoon that draws so many viewers. This makes the character of Chucky become more real as he actually has a background, complete with a voice and signature phrases that have become one of his most popular trademark. Then in comes Brad Dourif who breathes life into the evil doll. Now this is another big difference with all the aforementioned Evil Doll Movies; Chucky actually talks. Oh, and he screams a lot too.

Not filled with one-liners (yet), the factor of Chucky talking elevates this movie to a higher level. Brad Dourifs voice brings an animatronic puppet to life and makes Chucky a memorable character. I just loved all the nuances in his voice and sentences when he was talking. Just take a look at the scene where Chucky catches up with his mentor and he’s standing on the sink. The voice in combination with the animatronics sold the scene. 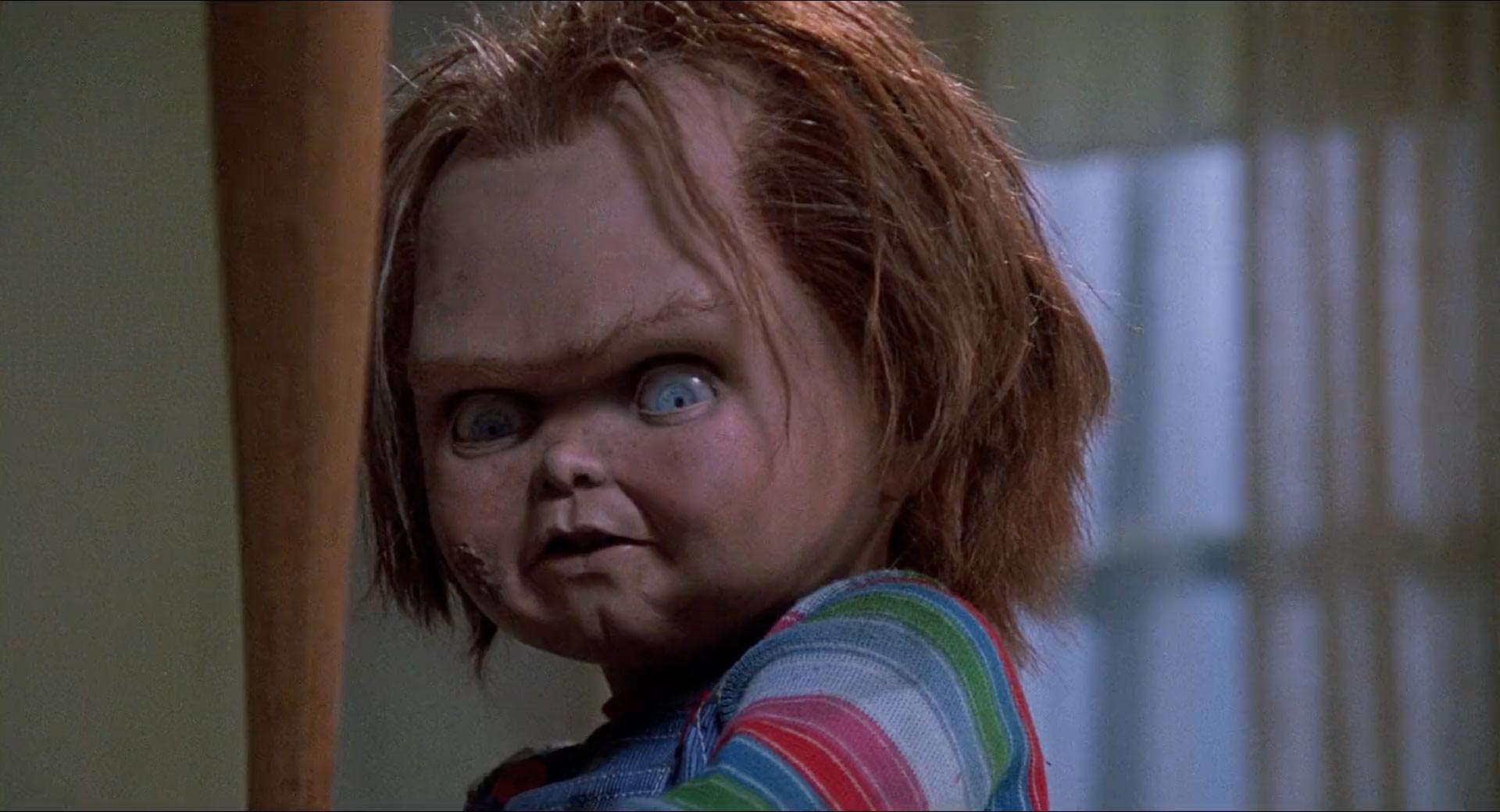 Now on a technical level Child’s Play succeeds. Yes, sometimes the effects are a bit outdated but on a whole they did a really good effort. But you can have all the effects in the world, if the rest sucks your movie sucks. Fortunately Child’s Play doesn’t suck. The movie is quite scary from time to time especially in the beginning when nobody realizes there is a killer doll running around. They also don’t give away Chucky instantly but show him halfway through the movie for the first time in a classic scene where Catherine Hicks finds out the doll has been operating without batteries for days. Now I will admit that the not showing of Chucky has probably got something to do with the technical limitations at the time. But let’s not forget that technological limitations are what made Jaws so great.

Child’s Play also took a gamble by putting a kid in as the lead. Andy Barclay (Alex Vincent) is the kid who gets the doll and is the only one who knows the secret of Chucky. Now this kid looked a bit autistic to me. He apparently doesn’t have any friends but that’s also the reason he is so tight, buddy-buddy with his living doll. He was a bit annoying and it was fairly reasonable for everybody to just ignore all the stuff he says about Chucky being alive (but also very frustrating of course as we know he really is alive). But I must admit that the scene in the hospital when little Any sees Chucky coming and bursts out in tears was one hell of a performance. 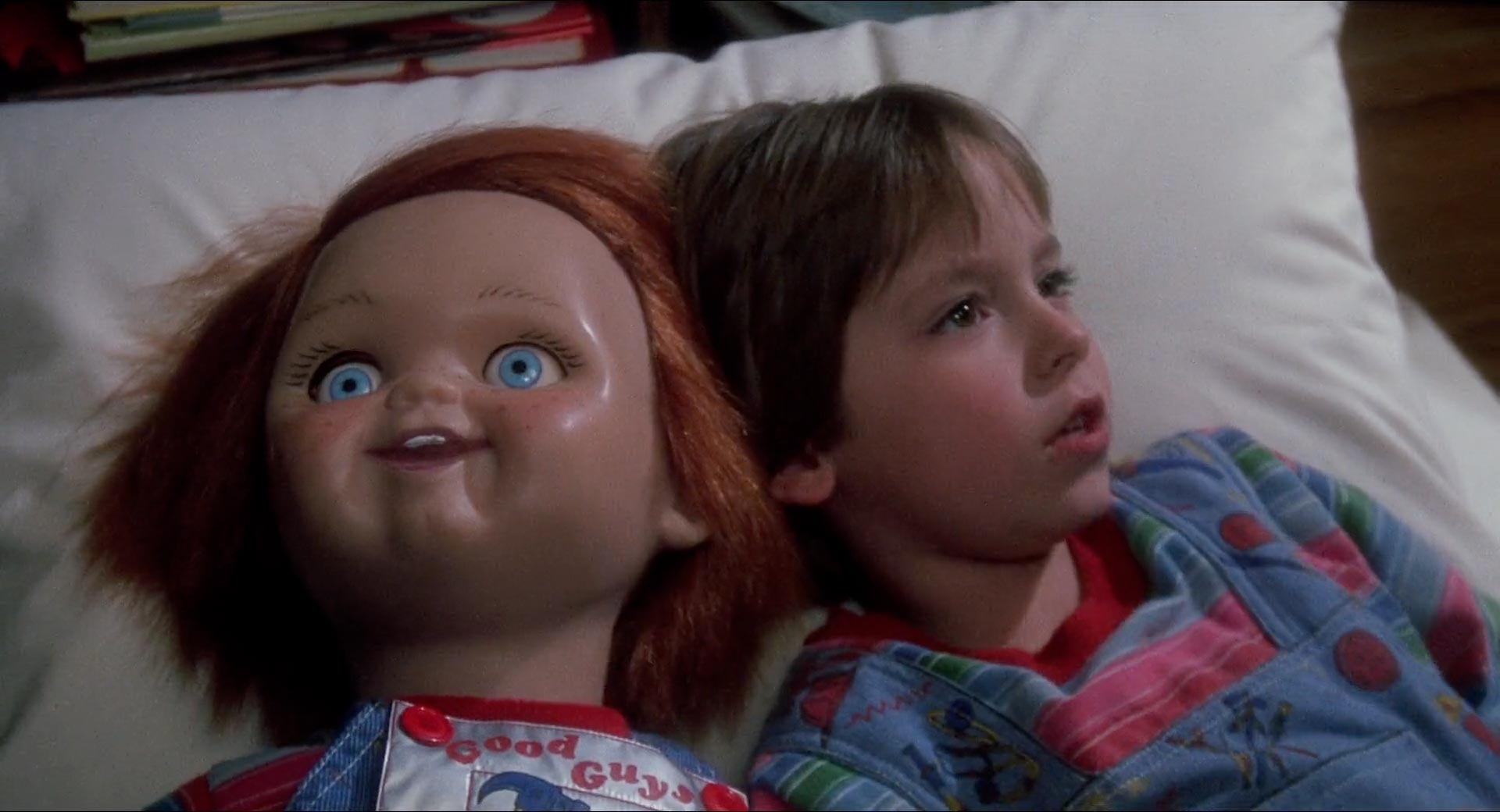 Only at the end does the movie overstays its welcome when Chucky just keep comping back after being burned, stabbed, shot and decapitated. It’s a horror convention that the killer comes back one last time, but Chucky comes back at least two or three times. How hard can it be to just kill 3 ft. of plastic, it’s not like he’s a terminator or something.

Child’s Play is a classic and one of those movies a “making of” is more interesting than those of present movies where they just pull everything out of the computer. If you ever want to see a tense killer doll movie, see this one.