Erika Eleniak: a model turned actress with not only a name that sounds Swedish, but also looks Swedish. In the early 90s Miss Eleniak was responsible for giving young boys certain tingles in their loins as she ran across the beach in a tight red bathing suit every week in Baywatch. This was before one Pamela Anderson took over and became the center of attention. Women like Eleniak are usually only destined to perform one type of role: the hot chick. Whether that would be in the form of a sidekick or, as she is in this case, the antagonist: her character trait is that she’s incredibly hot and can seduce every man she runs into. The 1994 comedy Chasers is no different as she plays probably the hottest female prisoner you will ever see on screen in a movie, which is directed by none other than Dennis Hopper.

Dennis Hopper is mostly known as an actor being capable of creating terrifying villains, but he was also the director of the cult classic Easy Rider. Hopper directed only a few movies after Easy Rider of which 1988’s Colors is generally regarded the best. In 1994 Hopper directed this movie, which revolves around two Navy shore patrollers (S.P. for short) who have to escort a prisoner. The prisoner isn’t only planning to escape, but also turns out to be an extremely attractive young woman. A hot female convict guarded by two male officers: what could go wrong?

Perfectly suiting the title, Chasers is a 100-minute chase movie involving surprisingly many foot chases. It’s almost a real life Road Runner cartoon but without Acme company supplying the two patrollers, young William McNamara and the old and gruff Tom Berenger, with state-of-the-art equipment. In between the chase-scenes are moments where the convict and her supervisors bond, because I’ll be damned if they don’t give her a sob-story making the young attractive patroller feel for her and give the audience a happy ending. Eleniak is the Bugs,  er I mean Lola, Bunny to those two Elmer Fudds. 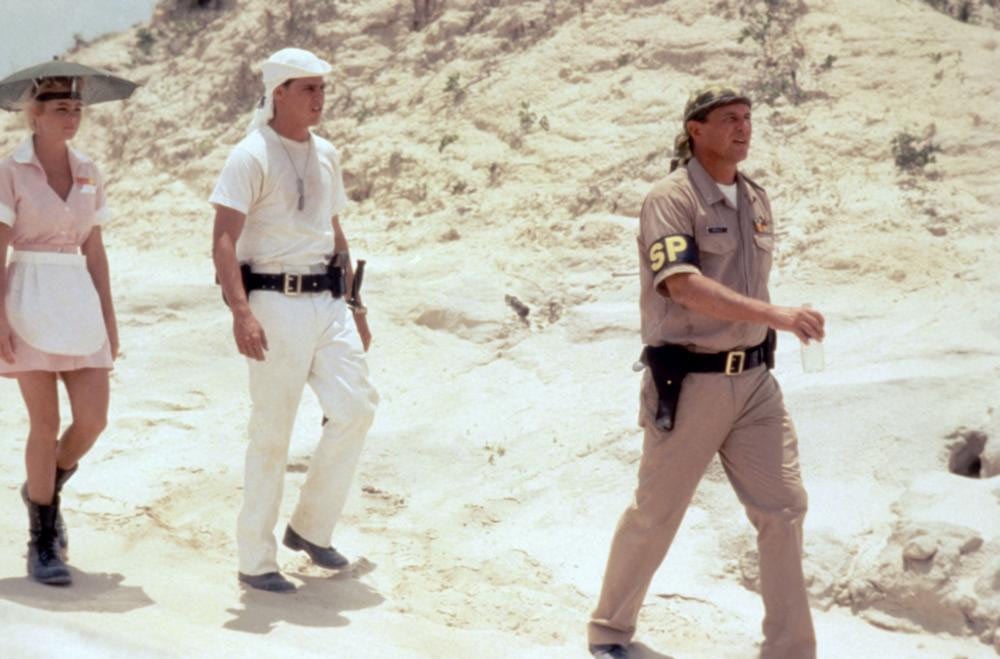 Chasers is a surprisingly light-hearted movie. Made in the 90’s and starring a Playboy model as the female lead, Chasers has no problem earning an R-rating with some gratuitous nudity provided by Erika Eleniak and William McNamara in a steamy, but respectfully done, sex-scene. Not as legendary as her popping out of the cake in Under Siege but still memorable and worth noticing. Would anyone watch this for the quality story-telling? Because I wasn’t, and when you have a movie starring a girl that frequently shows all in a Playboy shoot, I expect at least one scene where she does the same.
Before the sex-scene there are plenty of moments where she toys with both the two male leads as well as the audience running around in nothing but underwear or seducing the camera with her cleavage. This is her movie, even though her acting skills are lacking, and she commands the screen even though it’s mostly due to her looks. I’ve always had a weak spot for her, from the moment I saw her as a young boy hitting puberty in Baywatch. She’s the first and sole reason I actually wanted to see this movie and she does not disappoint. 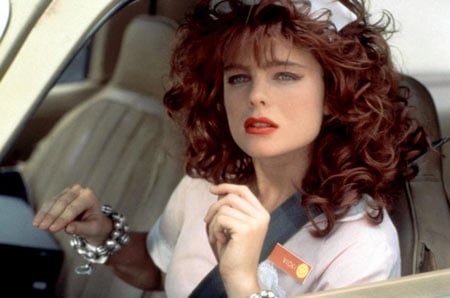 Story-wise Chasers is a mess of a movie, with the actions of most of the characters making little to no sense, the character of Toni (Eleniak) being the most puzzling aspect. Her goal is to escape during the transport and thus evade going to prison but she constantly manages to come into a position where she has every possibility to flee but, for reasons unknown, does something stupid. Her first attempt seems to be carefully planned, but when she’s trying to drive off suddenly trucks seem to be coming from everywhere making her crash her car. There is also a moment when all three are stuck in an underground location and the only way out is standing on each others shoulders and have the top one climb out. Naturally Eleniak is the one to climb out first and tries to leave them behind walking towards her freedom. For reasons unknown she has a change of heart and throws the guys a line so they can get out as well and take her into custody again. Why not escape and leave an anonymous tip where they are once you’re far away from them? In a later scene she’s in a car and the two S.P.s have no clue where she is. What does she do? She waves at them yelling “Hi boys” giving them an opportunity to stop her from getting away by shooting out a tire. There is 7 years of prison waiting for you Toni, I don’t think it’s wise to tip people off about your current location then Toni. You might be hot Toni, but apparently also pretty retarded. 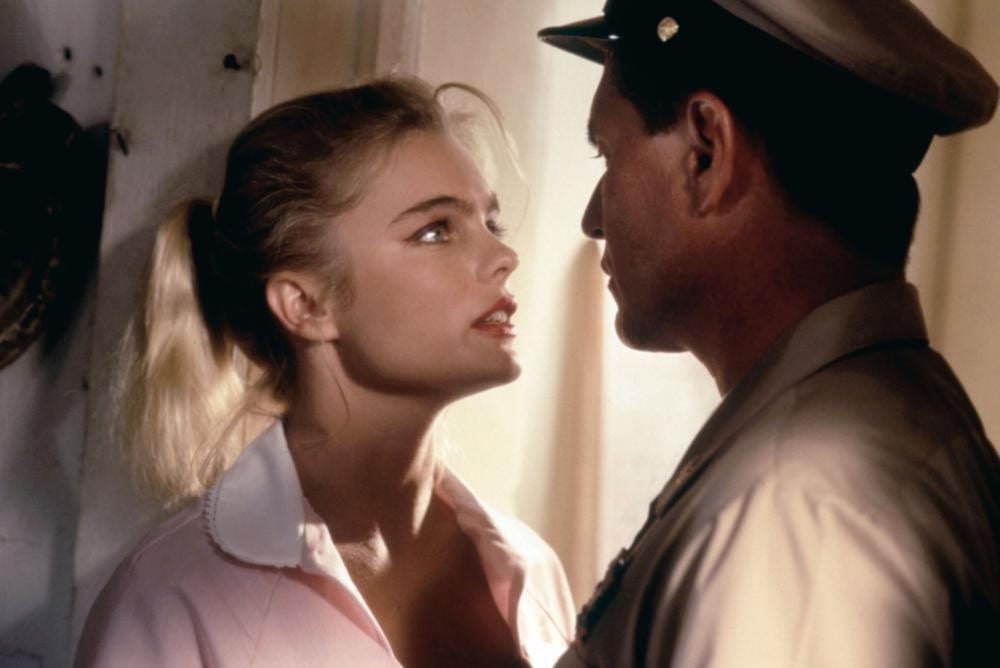 Another strange element is a subplot concerning Eddie Devane (McNamara) scamming the Navy by stealing inventory and selling it together with character actor Crispin Glover who is doing his usual Crispin Glover schtick. Aside from being the reason Devane gets drunk and then having sex with Toni in the final act, it adds absolutely nothing to the story.
The reason the actions of the characters in Chasers don’t make much sense is because the movie seems to consist of small sketches in which Toni tries yet another attempt at escaping rather than an ongoing narrative even though there are moment they try to have the characters get closer to each other. But when you realize this movie takes places of the course of two days it feels kind of strange Toni and her sob-story had such an impact on these two Marines that she’s aided into a happy ending by them and also falls in love with Eddie.

Some time from now Chasers will be a forgotten movie, if it isn’t already. The days that Eleniak was basically a household name have been long gone and this movie is far from a timeless classic. Not that it was ever intended to be, since it’s just a cute and sexy comedy providing some laughs and some spicy scenes.