Everybody has to start somewhere, and that goes just as well for directors and actors. A lot of well known people in the industry today, started at the bottom of the ladder and climbed their way up. Some a bit faster than others, but a lot of them started out at the same position: working on a genre movie. It’s always fun to see these titles pop up in filmographies. James Cameron made Piranha 2, before he did a little movie called The Terminator. Hellraiser: Hellworld featured Henry Cavill in one of his first roles. The director of Doctor Strange started out with Hellraiser: Inferno.

You probably see where I’m going with this. It should come to you as no surprise that the director of Candyman: Farewell to the Flesh also went on to do some big things in Hollywood. Director Bill Condon would go on to do movies like Dream girls, Disney’s Beauty And The Beast and the finale of the Twilight Saga: Breaking Dawn.

Not really great movies in my opinion, but still, high profile nonetheless. 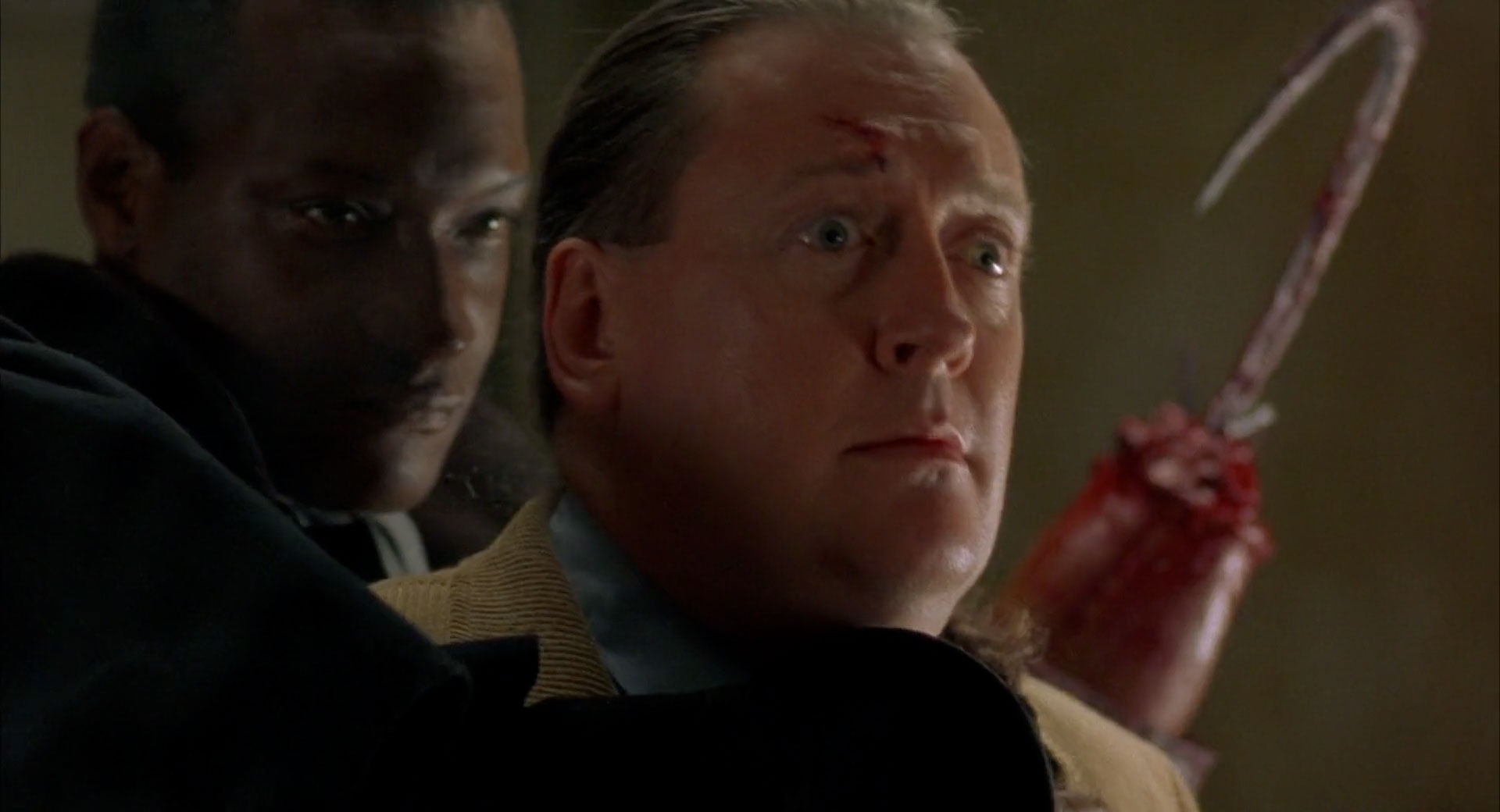 But back to the humble beginning that is Candyman: Farewell to the Flesh. The sequel to the critically acclaimed horror movie Candyman. This time we follow a teacher named Annie Tarrant (Kelly Rowan) living in New Orleans. And as movie rules dictate: if a movie takes place in New Orleans it is set during Mardi Gras.

Annie comes from a troubled family. Her father was killed a couple of years ago in a Candyman-style murder. Her brother Ethan was in the house at the time of the murder and is dealing with severe PTSS. In the opening scene of the movie he attacks Professor Philip Purcell, together with the Candyman the only returning character from the previous movie. When Purcell has a run-in with the Candyman shortly after, the fingers quickly point to Ethan of course, making him the prime suspect. Meanwhile the legend of the Candyman is very much active under the kids at school, prompting Annie to say his name five times in front of a mirror to proof he isn’t real.

She should have watched the first movie. 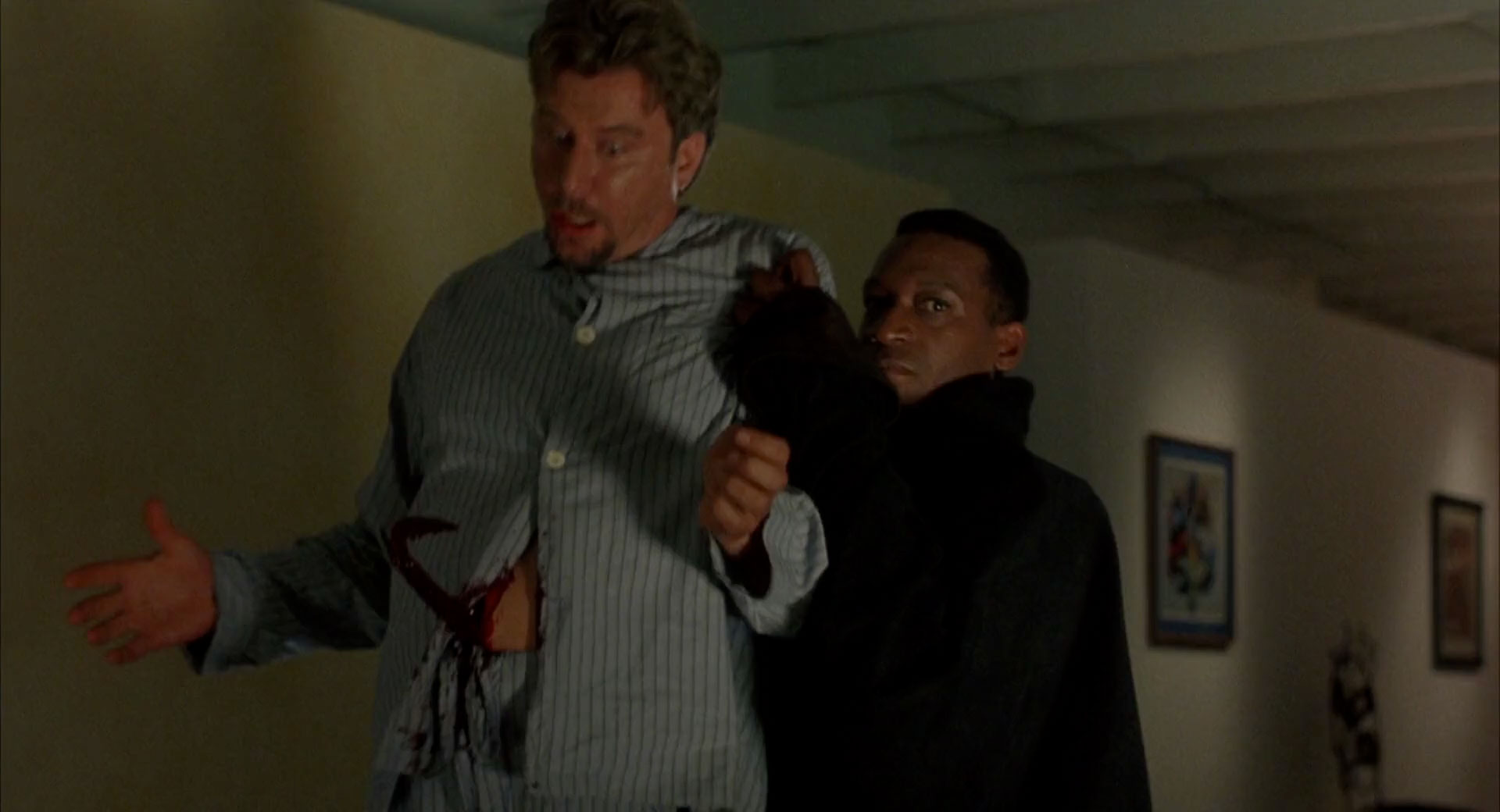 This should all sound pretty familiar. That’s because the movie is actually quite a broad copy of the first movie. The characters and locations might be different, but the movie follows all of the same beats of the original. Another blonde woman who summons the Candyman. More of her going into a sort of trance every time he speaks to her. More people being set-up for crimes the Candyman committed.

But anyone familiar with horror sequels is also known with the first rule of sequels: it needs to build on the mythology. Original movies have the luxury of introducing a character without having to delve into every little detail about his background. Broad strokes will often do just fine. With every sequel, writers tend to elaborate on the back story of the returning villain.

I knew a little about Fred Krueger after the first Elm Street movie, but by the time we got to part six it was as if Freddy and I went to school together. The same goes for Pinhead and Michael Myers. Candyman: Farewell to the Flesh now actually shows us the act of killing him, instead of just mentioning it in dialogue. They even give him a name: Daniel Robitaille. To top it all off: it turns out Annie and her family are actually descendants of the Candyman.

But these new additions can’t hide the fact that we’re basically watching the same movie again. To a point where some shots are basically lifted from the previous movie. In my review of Candyman I included a shot of Helen in front a of a Candyman mural. This is a shot from this movie: 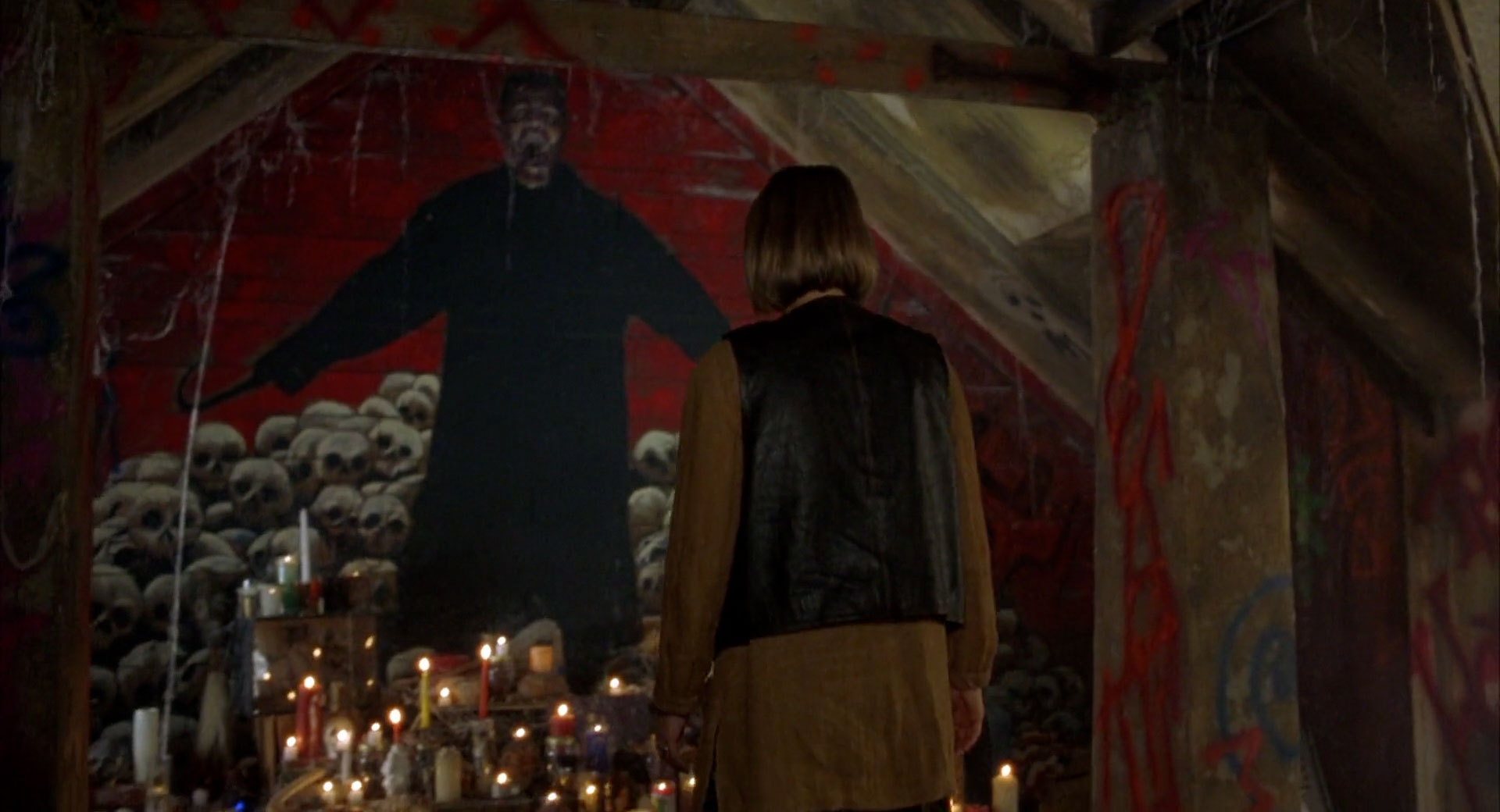 This and the fact that the movie is without a few familiar faces or character actors like Virginia Madsen and Xander Berkely make it feel like a DTV sequel. Which it wasn’t actually. The next one would be and star a Baywatch babe. Aside from Tony Todd returning and now receiving top billing, the only really familiar face was Bill Nunn. He plays a gray haired reverend, which is strange considering he played angry teenager Radio Raheem just six years earlier in Do The Right Thing.

Candyman: Farewell to the Flesh is one of those workman-like sequels in which they basically recycle the first movie, but throw in just enough elements to give the viewer the illusion of seeing something new. That might work when you watch these movies with some time between them. This movie was released three years after the original. But when you watch them in a row and the first one is still fresh in your memory the parallels can’t be ignored.

Candyman: Farewell to the Flesh