I’ve seen my fair share of women-in-prison movies, most of them being starring blaxploitation queen Pam Grier. The amount of women-in-prison movies is staggering and most of them try to sell themselves to the mostly male crowd with the image of scantily clad women on the cover. Most of these movies are simple trashy throwaway exploitation flicks that deserve to be forgotten, but even in this peculiar genre certain titles peak my interest even after 40 years of their original release. Caged Heat is one of them and it has three elements that made me decide to watch it:

Caged Heat revolves around Jacqueline (Gavin) who is sent to jail after a drug bust where a cop was killed by someone she refused to give up. In the prison she quickly learns there is a certain hierarchy and that the prison is run by an iron-handed superintendent. The prison doctor there is performing electroshock experiments on the inmates that haven been out of line in order to make them ready for a return in society. When Gavin and a couple of other inmates learn of the doctor’s practices they plan the big escape. Something which is mandatory in women in prison movies. 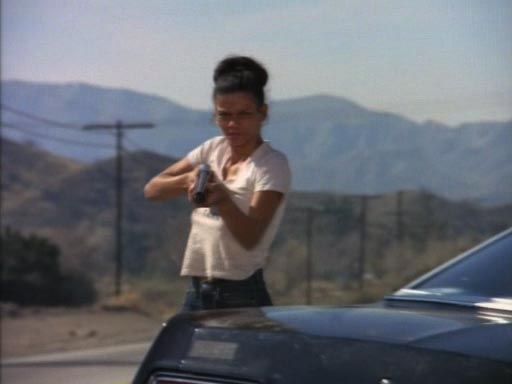 Caged Heat not only has the escape element in it, it also has several other elements which are mandatory to this genre: gratuitous nudity, sadistic wardens, lesbianism, shower scenes and cat fights. All of these are also a large part of Netflix’s “Orange Is The New Black” so it’s kind of funny how an obscure genre has made its way into one of the best watched shows on television. 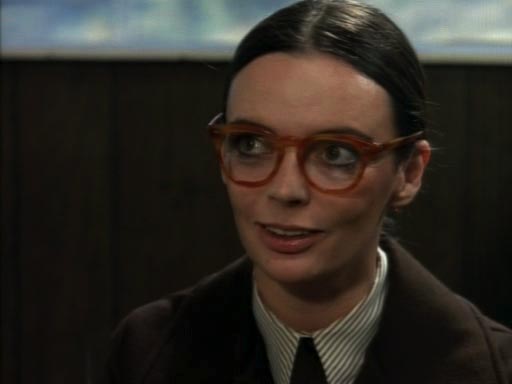 Caged Heat also has a distinctive style that sets itself apart from a lot of other entries. It doesn’t feel as sleazy as a lot of other movies, despite having nudity filled scenes every 3 minutes or so. The structure is also somewhat differently from most movies as the big escape already happens halfway through instead of the end. The finale consists of the escaped prisoners breaking back into prison to free some of the other inmates which is a rather original approach to a such retreaded concept. Demme has also inserted several dream/fantasy sequences in which the minds of the prisoners and head warden are explored showing us why they do what they do. The warden, played by Barbara Steele, takes offense to a raunchy skit performed by two inmates who are then sent to solitary. Her motivations are explained in such a sequence. In another dream sequence a prisoner has sex with a man through the prison bars. This is an exploitation movie after all, which is also evident by the fact that all the prisoners are walking around in their underwear most of the time. 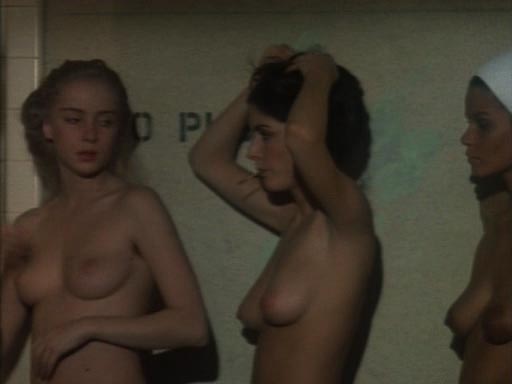 Sadly Erica Gavin isn’t as memorable here as she was in Vixen! She was never a great actress and made only a handful of movies, but she has shown us she can deliver lines with a certain pizzaz. While she isn’t the innocent protagonist most women-in-prison movies feature, she’s still a rather subdued character who seemingly got in over her head. Apparently after Vixen! Gavin developed an eating disorder because she felt she was huge after seeing herself on the big screen. In Caged Head Gavin still has a great physique but looks skinnier and therefor less voluptuous than she did in Vixen! in which she had a great rack. She still has nice boobs here, but they are far less impressive.

Caged Heat delivers on two levels: it’s an entertaining women-in-prison flick and plays with the genre conventions just enough to feel like fresh. There’s nothing revolutionary on display here, but it works in its own right and is probably one of the better entries in this genre.