Bumblebee is the first movie in the Transformers franchise not to be directed by Michael Bay. Bay helmed no less than five Transformers movies, each installment worse than the previous. The first movie was okay, even if the robots didn’t look much like the characters people over 35 grew up with. But there were enough familiar elements and a coherent enough story to make it all work.

When Bumblebee was announced it didn’t seem like such a good idea to me. These are big movies with dozens of robots, and now they’re going to focus on just one. Spin-offs also tend to rarely work. After three X-men movies the first Wolverine movie was a disaster. So I did not have any high hopes for Bumblebee.

Luckily I was wrong.

Bumblebee is the Transformers movie people have been waiting for. It’s by far the best of the bunch. Better than the first movie. A smaller scale is just what these movies needed. The smaller scale allows director Travis Knight to tell the story about an 18 year old girl who doesn’t fit in with her peers. She works at a hot dog stand and has an interest in repairing cars. One day she stumbles upon an old abandoned Volkswagen Beetle. The Beetle however, turns out to be a sentient robot from the planet Cybertron.

The robot is of course Bumblebee and he has been in hiding. His memory chip is damaged as is his voice module. In the opening scenes it’s established he’s a bad-ass soldier in the war on Cybertron, but with his memory gone he is but a shadow of his former self. Bumblebee is most of the time scared of the unfamiliar surroundings, but he is curious as well. 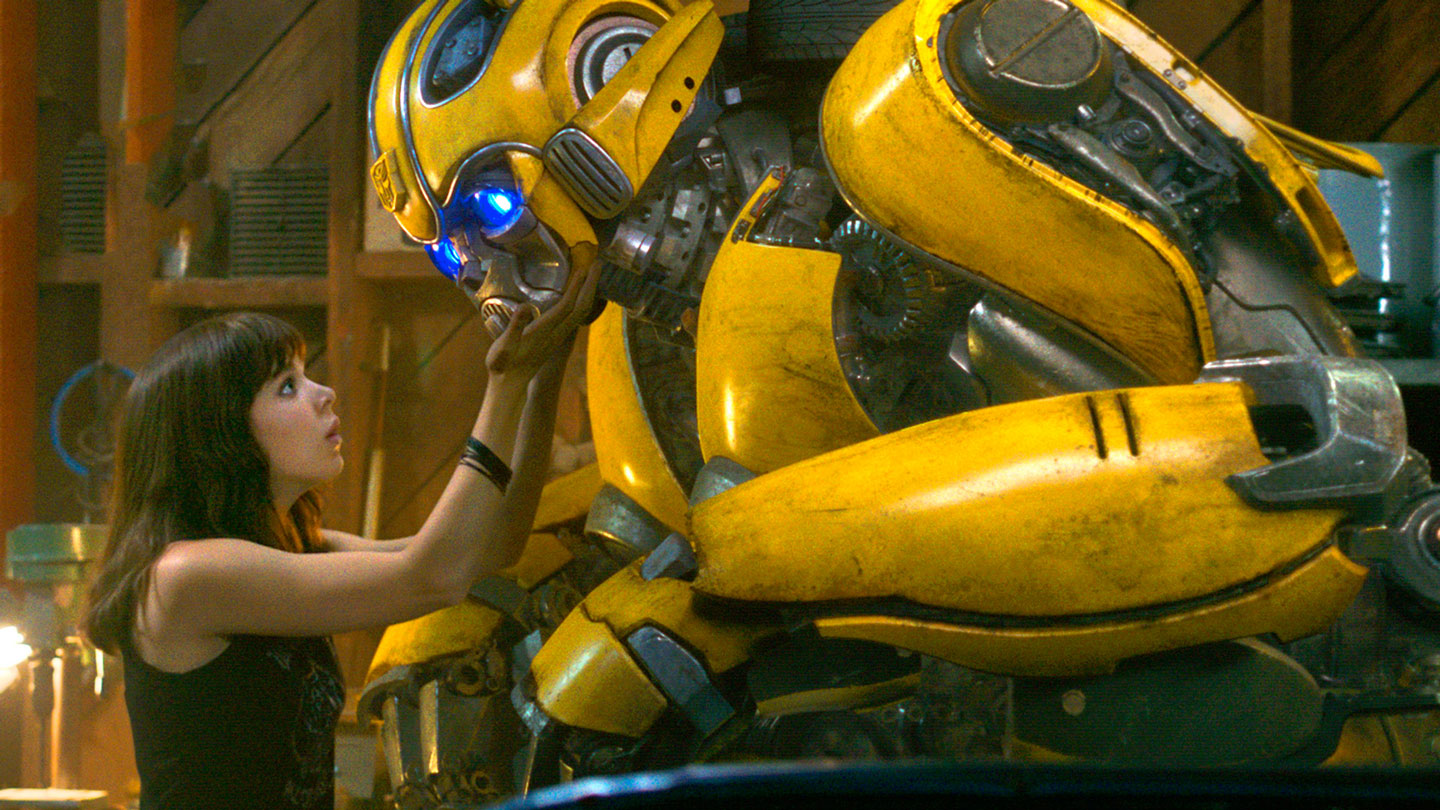 Bumblebee is set in the year 1987 and takes its cues from some of the biggest movies from that decade. The story of a girl and her pet robot is reminiscent of E.T., The Iron Giant and the lesser known Short Circuit. Infused with a large dose of John Hughes and a booming 80s soundtrack Bumblebee feels like it was produced in the decade of big hair and cocaine. Only the top notch special effects give it away as being made today. Bumblebee contains plenty of visuals that were simply not possible to create back then.

Bumblebee strengths also tend to be part of its weaknesses. Because the movie leans so much on typical 80s movie tropes, the movie has a feeling I had seen this story before. Much like The Force Awakens; and old book in a new cover. But just because a story isn’t really original, doesn’t mean it’s not entertaining. And Bumblebee is a very funny and entertaining movie.

Another great choice is the design of the Transformers. Both the Autobots and Decepticons have a look that resembles their cartoon designs. Finally giving fans of the series what they want. It’s great and to the viewer the robots are distinguishable, even in fights. Something which was not always the case in Michael Bay’s Transformers movies in which most of the Decepticons had a gray color scheme. 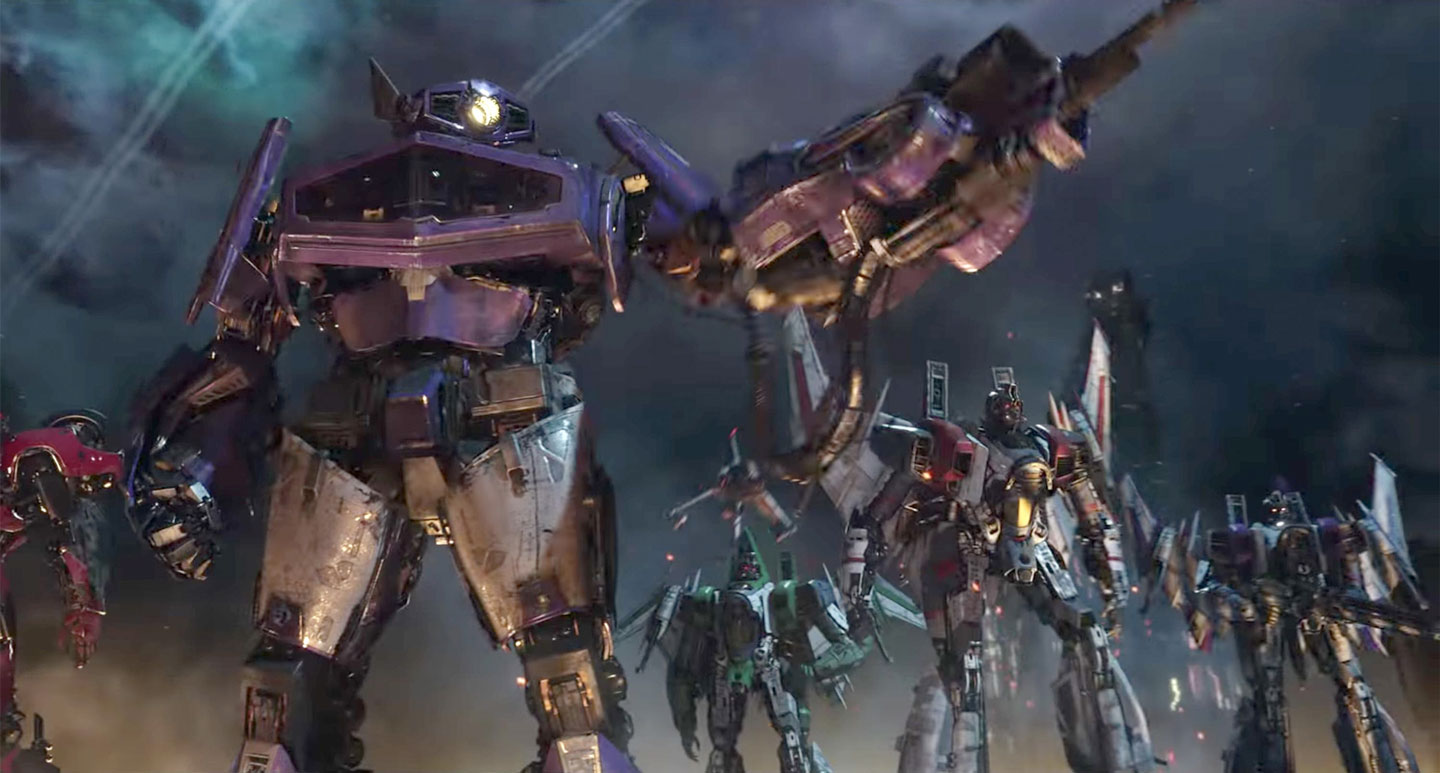 Behold those G1 designs in all their glory

A rather big part of the movie belongs to John Cena, who is the face of the military and government who are on the hunt for an alien robot. Cena’s role makes me think of the military guys who were always on the heels of the A-team. It’s a rather one-note character, but he does provide the movie with one of the biggest laughs when he points out why they probably should not trust robots who call themselves Decepticons.

Big action scenes take a step back to make place for a story about a girl who has difficulty processing the loss of her father and a robot who has no real memory of home and is stuck on an alien planet. It makes for a better movie, but with a running time of almost two hours Bumblebee does take its time to get to a final showdown between him and two very lethal Decepticons.

I love Bumblebee and that is probably partially the nostalgia talking. Bumblebee is a 3,5 star movie for the average person. But for those who grew up on Transformers it’s definitely worth an extra half star.