You can’t keep a good horror icon down. The current trend is remakes and so last few years we saw Michael, Leatherface, Freddy and Jason all appear in “re-imaginings” of their 70s and 80s original movies. That was different back in 1996 when every famous slasher had their last onscreen breath, Freddy had his final nightmare, Jason was gone to Hell and both Meyers and Chucky had a last movie that simply bombed at the box-office. Then Scream came along and all of a sudden all of the old icons were taken out of storage and put in a firmly marketed movie that had a bit of the same edge Scream did. Halloween still played it straight but movies like Bride of Chucky or Jason X ventured basically into comedy. 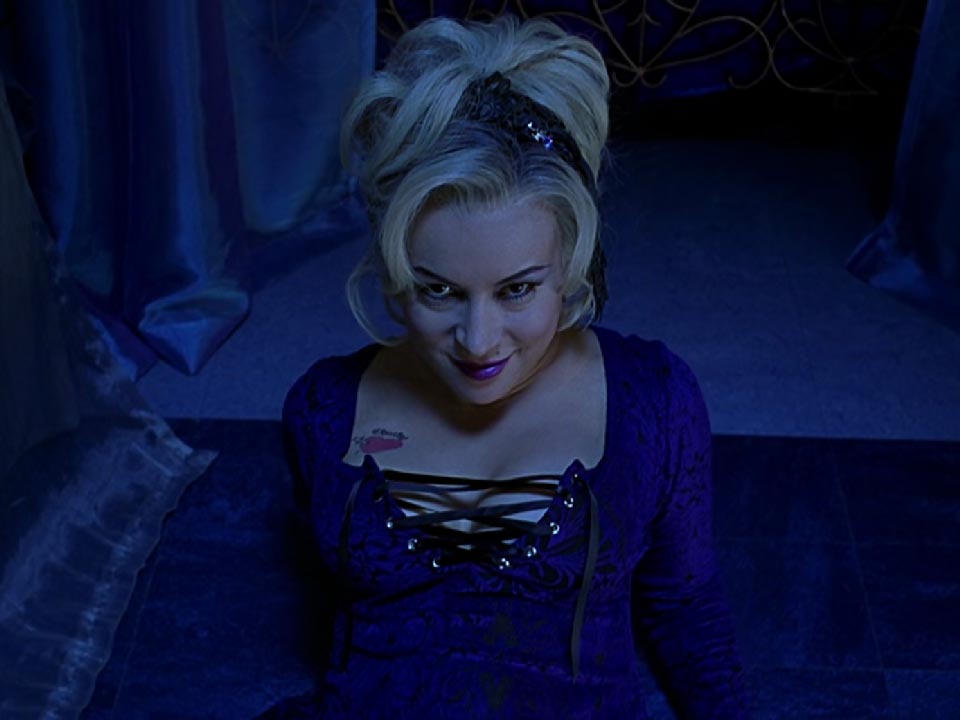 That’s what this movie is, a comedy. A dark one, but a comedy. Chucky is brought back to life by former lover Tiffany with a book titled “Voodoo for Dummies”. Tiffany is played by Jennifer Tilly who’s mostly known for her squeaky voice and voluptuous figure which she puts on display here the first half of the movie. In the second half she lends just her voice to a doll to which Chucky transfers her soul. Ignoring the whole Andy story-line Chucky now needs the Heart of Damballa to return to human form. But it’s buried with his body over 10 years ago so they need a cross country ride to the cemetery. The bickering plastic couple hitch a ride with an unknowing couple of teens. They have their own problems as dad doesn’t approve of le boyfriend and also happens to be the Sheriff. That Chucky and Tiffany leave a trail of dead bodies behind them doesn’t help much as they begin to doubt each other for being responsible. 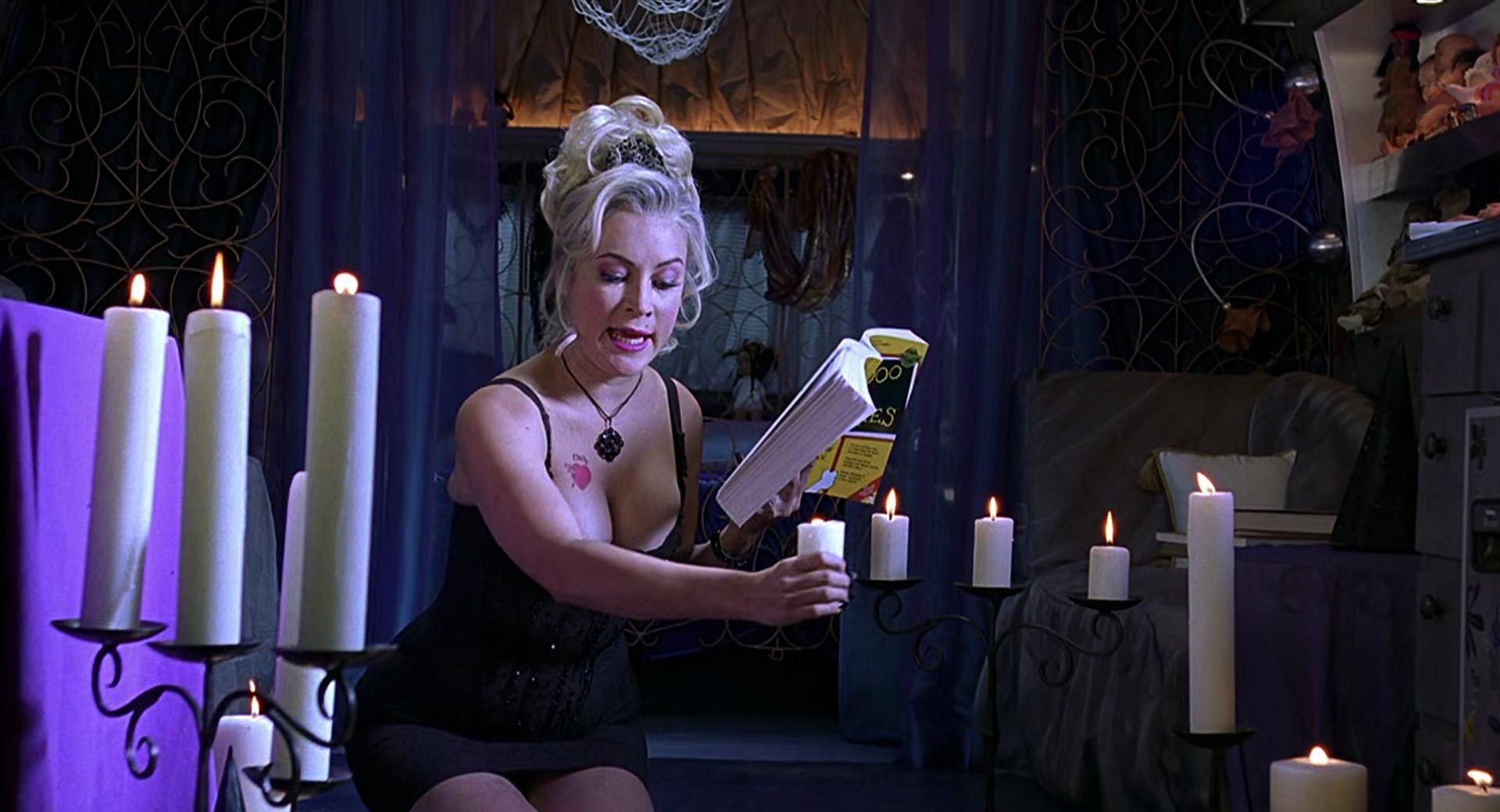 Chucky could never actually be taken seriously, though the first three movie movies mostly played it straight they even took themselves less serious with each installment. Bride of Chucky embraces the absurdity by delivering a tongue-in-cheek movie. Chucky and Tiffany are constantly bickering and deliver the funniest lines. The hapless couple, Jesse and Jade, are just guest starring in what is basically the Chucky and Tiffany show. The movie also refers to a lot of other famous horror franchises as well. In the evidence room where Chucky’s body is kept there’s also Jason’s mask, Freddy’s glove, Leatherface’s chainsaw and more. When John Ritters character is killed with a bunch of nails to the face Chucky looks at him stating that this image reminds him of something, clearly referring to Pinhead of the Hellraiser franchise.

Bride of Chucky takes the series into a new direction, one that doesn’t retread on old story-lines. Some people might feel cheated how Andy isn’t even mentioned and all of of a sudden he now needs an amulet that’s hanging on his corpse. It kind of takes the point of the previous movies away. Why didn’t he made Andy go to the cemetery in the first movie then? But I understand that something like this was necessary to create a fresh movie, and they succeeded at that. Tiffany is a welcome addition, Chucky’s new look is awesome and the kills are inventive. It might not be Citizen Kane, but it sure is a fun ride.