How did that song by Paula Abdul go? “I take two steps forward, I take two steps back” or something like that. Well if there’s one “actor” taking steps back and forth it’s Steven Seagal. He seemed to be on a somewhat winning streak with the previous movies Driven To Kill, The Keeper and A Dangerous Man. He hit comedic gold in Machete, but certainly is up to his old DTV-habits in Born To Raise Hell. Filmed once again in Eastern Europe, but actually set there for a change, the movie looks as cheap as can be. Oh and guess what: despite Seagal being credited for writing the script and producing he once again could not be bothered in looping all of his own dialogue or voice-overs, so we have someone else doing his voice from time to time once again. To me it’s like watching a work-print instead of a finished product. This guy really can’’t go to a recording studio for one day after shooting?

The story is nothing really elaborate, though it is fun to see Seagal as an actual cop once again. Mostly he plays ex-cops/CIA/etc nowadays. He also has an actual desk. A desk! I can’t remember the last time Seagal actually had a desk in a movie where he played a cop. He had one in Driven To Kill, but in that movie he was a writer, and he actually typed in that one. Look at me, I’m talking about an action movie star’s moments he sits behind a desk. Oh well, it’s just something that belongs in cop movies I guess.

Seagal is a member of a Eastern European task force investigating gun trafficking and dope running throughout the Balkans and as a change of things he actually seems to be investigating things. Most of the times he’s just on a path of revenge in his movies. Here he actually goes on a stakeout. Last time I saw him do an actual stakeout was in the opening of Hard To Kill. Not that it is very exciting, but it is a welcome twist of turns for the fleshy fighter though I do felt kind of sorry for the van. Oh and the stakeout eventually leads to a hand to hand combat with a couple of tough guys, so it has a secondary function as well. 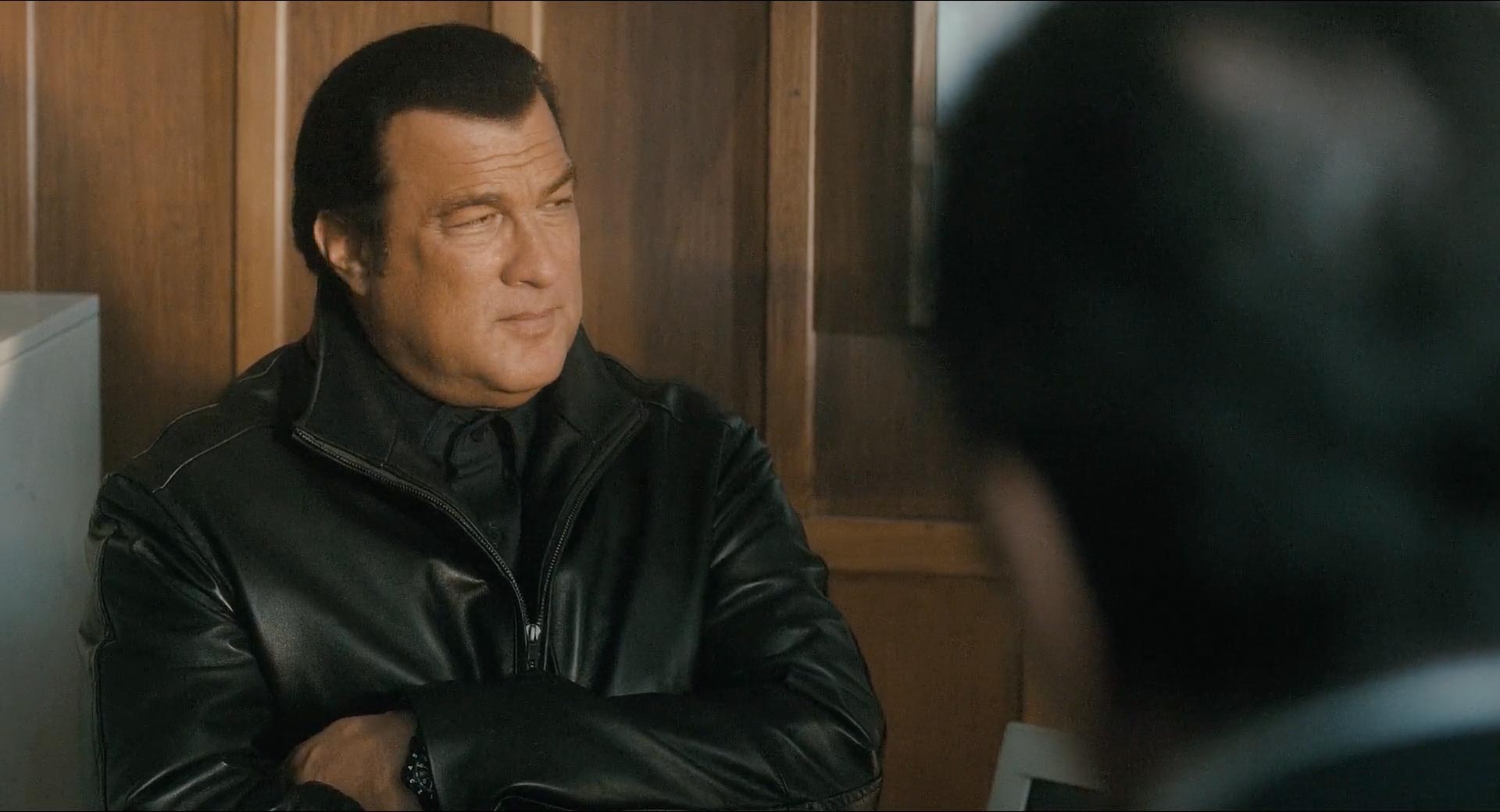 We have sunk so low I’m describing a stakeout and a desk as exciting features.

But to be honest, there are a lot of old fashioned combat scenes and they look decent. Nothing new of course, but they’re always fun to watch. Limbs and noses get cracked, people go through glass or get bashed with their head against tables and such. Seagal moves as much as he always does nowadays, which is not a lot. He was never a Tony Jaa but it’s mostly hands flying all over the place, and some gun fights. I would really love it of the camera would take a step back instead of trying to be as close as possible to the action.

The plot is pretty basic, as Seagal is trying to bring down two criminals, both leaders to their own group; the Gypsies and the Russians. The gypsy is a raping piece of shit and because of that also gets into a conflict with the Russian who will prove to be a bad guy with more depth than the usual bad guys in movies like this. This brings us a fresh twist in the movie.

Despite these additions the movie is really less fun than it could have been. The direction especially is as bland as the Eastern European setting. First time director Lauro Chartrand loves to incorporate slow motion and all sorts of effects like turning the color negative. Nothing seems to have any real function and are merely used to give the movie a more flashy look and hide his inexperience. I found them to be really annoying. 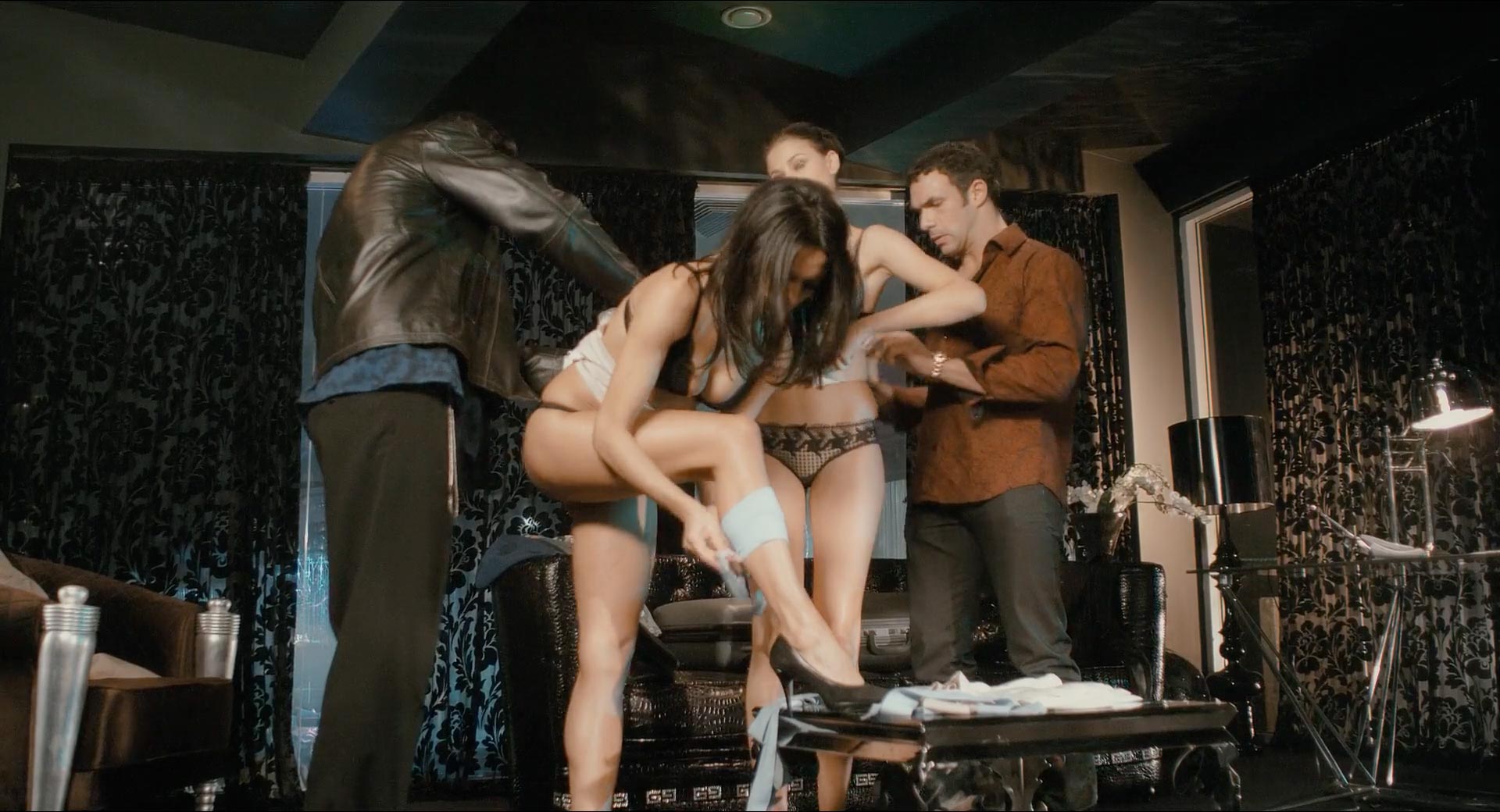 The headquarters of operations of the Gypsies is a night club, so there are a lot of random scenes of (almost) naked women dancing, which is never a bad thing and it almost drew my attention away from gigantic plot holes. I mean, the head of the Gypsies, the rapist Costel, practically lives in this night club and yet the cops are looking for this high profile guy but can’t seem to find him? Hey wait, a naked woman’s ass… Nice! Now what was I questioning again? That’s how it works in Born To Raise Hell.

And we get an extra bonus also. Seagal seems to get with the ladies even more now than he did back in the day. And best of all; the ladies are all at least half his age, if not younger. Here he is married to a girl which looks 25 years old and has one of those really thick Russian-like accents. And surprisingly she is never in danger in the movie. Never raped, taken hostage or killed. Nope, none of that shenanigans. What she does do however is have sex with Seagal in a weird sex scene where she is completely naked and Seagal keeps his shirt on at all time, luckily for us. They don’t convince me to be husband and wife, and even less so with the sex scene put on display. It was just another excuse to show some tits.