Blast features one of those deceptive covers. Well there are multiple but I’m talking about this one right here. See how Rutger Hauer is positioned the most clearly. That is weird as he hasn’t even got half the screen-time those two other guys pictured have. Yet, they are more in the background. The true star of this movie is Linden Ashby as an ex-Olympic Tae-Kwon-Do champion and current divorced recovering alcoholic with a limp. He has to try to foil the plans of international terrorist Andrew Divoff who has taken the women’s Olympic swimming team hostage. It’s Die Hard in a pool by notorious director Albert Pyun. Director of “gems” like Ticker, Nemesis 2, 3 and 4, Kickboxer 2 and 4, Dollman, Captain America, Cyborg and the list goes on and on.

You’ve seen this movie before, probably a thousand times more and better. This movie is up there with similar themed films like No Contest and The Last Siege. Same production values, same carbon copy of a one-man-against-a-bunch-of-terrorist-plot. The setting this time is a swimming pool, the Aquatic Center, and the hostages consist of the U.S. women’s swim team. The coach of the team is our hero’s ex-wife by the way.

I was surprised how little attempt there was done to do something original. I got a bad feeling when in the opening shot there was this cliche sequence of the camera scrolling showing us newspaper clippings on the wall and a bottle of liquor next to the bed and eventually stopping at our hero. It’s your textbook example of giving somebody an entire back-story in just one shot. I’m surprised they didn’t use the back-story over the opening-credits trick. You know, where they use tons of newspaper clippings most of the times. It doesn’t get any better. Maybe their point of trying to be original was leaving the twist out of the film. You know, where the terrorists actually aren’t terrorists but just thieves. We’ve got genuine terrorists here, pure and simple. They’re not the brightest of mercenaries we have here. There’s one guy, unarmed and limping around and these guys with their intel of the surveillance camera’s, automatic weapons and impressive physiques all get kicked the shit out off with ease by our hopping hero. Where did Divoff get these guys? A sale at Barnaby’s? 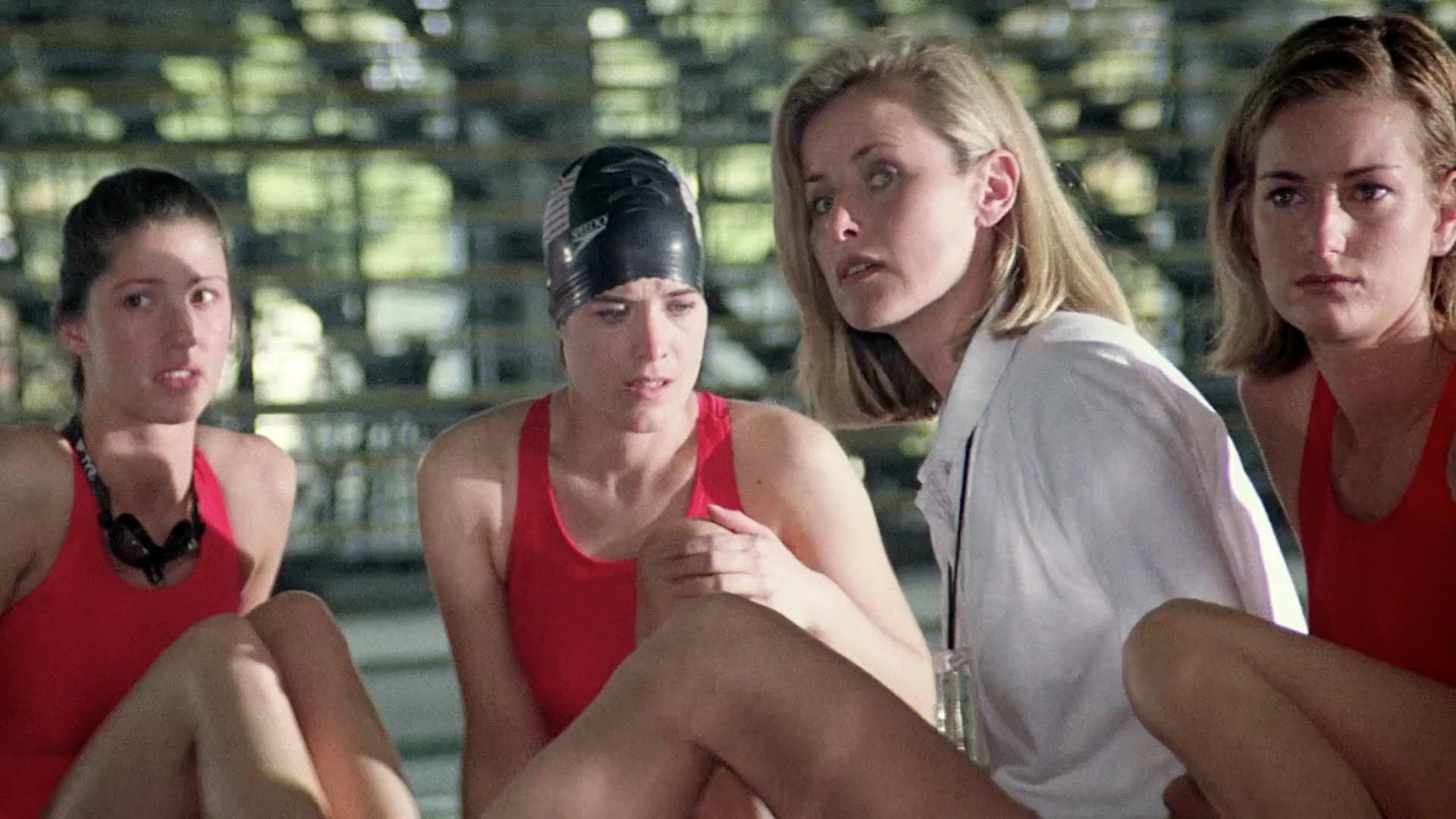 Movies like this are all about their surroundings. In Die Hard all aspects of the skyscraper were used. Ventilation shafts, hallways, staircases, the roof. The building is a character of its own in a way. Good rip-offs know this and do the same; the ship in Under Siege, the stadium in Sudden Death. Here we have a pool, a training pool for Olympic Swimmers. First of all the pool is deserted. OK it’s early in the morning but still; there are actually more people guarding the damn thing than there are working there. The pool seems to consist of a couple of locations: a parking lot (only seen in the beginning), the central security post, locker rooms, the pool and corridors. Lots and lost of corridors. The entire movie basically consists of running (or limping) through corridors. All with a weird blue lighting over the screen. There’s a fight here, some running there, some shooting, etc. You have no clue where he is or where he is going. Only at one point does he have to look for something but other than that it’s just hallway after hallway. Tedious has just gotten a new dimension.

Caring. It’s one thing we don’t do for the characters. Our alcoholic captain hop-a-long has the charisma of a peanut. His ex-wife is just some stupid whiny bitch. And the hostages? They aren’t even introduced. We see them getting into their bathing suites, we see them at the pool and that’s it. Nothing else. So when one gets shot, I just didn’t give a f*ck. That’s the problem, nobody gives a f*ck about anybody. What is the world coming to?

Hauer is a supporting character. Like our Roger Rabbit hero he too is handicapped. He sits in a wheelchair and gets one brave move to do at the end which requires him to drive his electric wheelchair in the pool. Forget the remark I made about not using the building because they clearly use it. Too bad it’s in the final minutes of the movie. It’s no surprise that a movie like this never got a sequel although I wished it had: Blast II: Die Hard at the paralympics. That would’ve been neat. Ashby and Hauer as Skippy and Skids in the stadium when terrorists barge in. Love to see that!