Black Dynamite has been gaining some buzz the last few months. It’s a spoof on the 70’s blaxploitation genre starring the ever-reliable Michael Jai White as the titular Black Dynamite; ex-CIA, once Licensed To Kill and when his brother gets killed in an undercover operation he promises the streets will run red with the blood of the people responsible and Black Dynamite keeps his promises.

With all these spoofs coming out after each other, one more dreadful and painfully unfunny than the other it’s hard to remember that there once was a time that they actually worked and were laugh out funny. The Zucker-Abrahams-Zucker crew made it look so easy when they gave the world movies like Airplane, The Naked Gun and Hot Shots, that after the success of the Scary Movies the most talentless hacks thought they could create funny spoofs by throwing in a gag every ten second and referencing as many pop-culture items as possible. Yes, I’m talking about Jason Friedberg and Aaron Seltzer. But to be honest, spoofs by other people like Superhero Movie and Scary Movie 4 (By David Zucker nonetheless) are a faint echo of the spoofs from the seventies til‘ the early nineties. The problem with those movies is that they are so busy recreating scenes from better movies the story is lost and so those movies become something resembling a bunch of unfunny sketches. The Naked Gun might have been a gag a minute movie, but it had a story and thus a beating heart as well. Also in the possession of this beating heart is Black Dynamite. 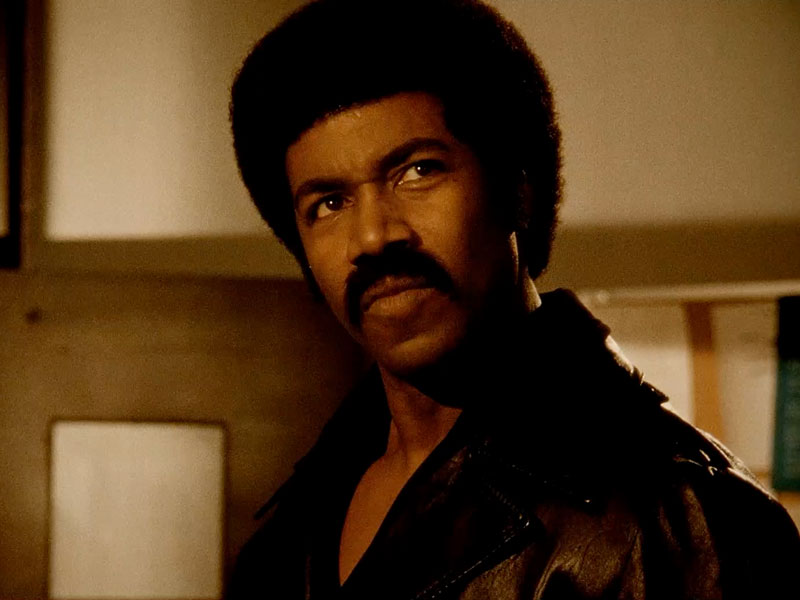 Black Dynamite takes on your run of the mill blaxploitation movie. Revenge-themes, black heroes, white villains, gratuitous nudity, afros, mentioning of The Man and lots of use of the word “cat”, it’s all here. There’s even a Pam Grier look-a-like running around sporting a big afro ms. Grier herself had in movies like Coffy. Black Dynamite himself is mix between Shaft and Black Dolemite. He is skilled in martial arts and basically is a black version of Steven Seagal with his CIA background and all. What surprised me is that there was more plot than there was in the original movies. Those basically set up a motive for the lead character and then went from A to B in a linear way. Black Dynamite actually throws in a couple of subplots also.

Black Dynamite made me remind how there was once a time that not every movie had to be PG so the target audience is as wide as it can be. The seventies was an era when gratuitous nudity put in movies only for the fun of it. Black Dynamite doesn’t even remotely try to go for a PG rating as our first encounter with our hero is him thrusting on three hot chicks, all with a different ethnic background. Take that Shaft!

The movie looks exactly like a seventies movie with that over-saturated look and a lot of effort has been put in recreating sets from that era. The movie is constantly referring the way they shot movies in the seventies; the cuts between scenes, the use of music, the panning of the camera and the use of stock footage. Show this movie to someone and he’ll probably think it’s a 30 year old film.
What was unintentionally bad in the movies made in the seventies is now intentionally bad here and good for a laugh. That’s just what this movie’s main objective is: to make us laugh and in my opinion it succeeded with flying colors. Black Dynamite is filled with small verbal jokes, obvious winks, over-the-top action sequences and more. 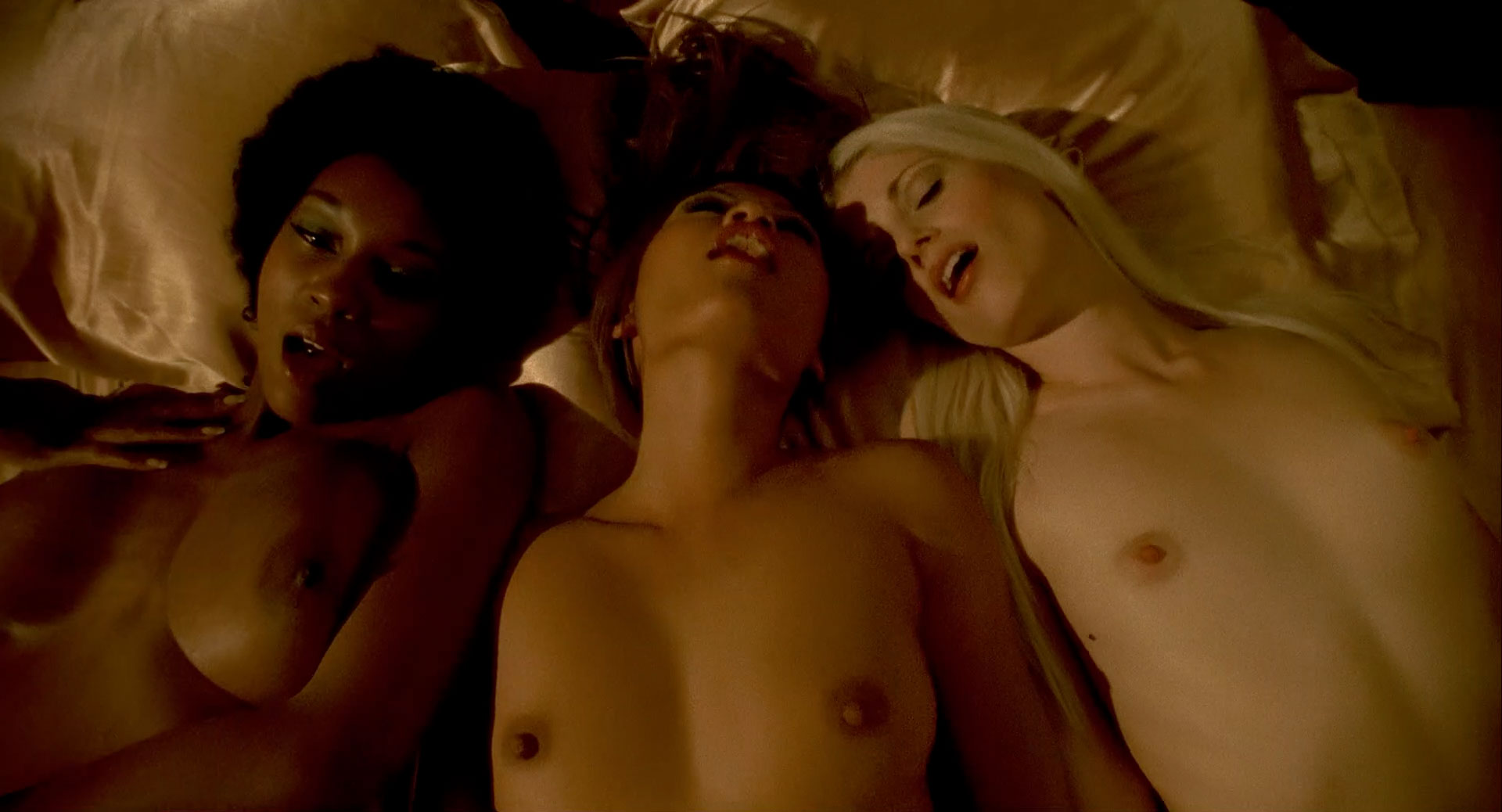 Who said that three is a crowd?

Michael Jai White shines as Black Dynamite. Originally a martial artist-turned-actor who mostly performed in b-action movies. He actually was the villain in both a Seagal and a Van Damme movie once and starred as Spawn in the movie with the same name. White is the real deal and his fight-scenes, despite being choreographed the seventies kung-fu movie way (opponents attack 1 by 1, kicks and punches are emphasized by posing for a second or two after striking), show his talent. His body is really pumped and it makes me wonder why he hasn’t been a lead star in much more action movies. This might be his big break, he sure deserves one. Then again Black Dynamite might never reach a really large audience. I don’t see this movie becoming a big blockbuster but it might be one of those movies that will find its audience on DVD. Maybe one day it will be just as popular as box-office flops like Office Space, Boondock Saints and Mallrats.
Black Dynamite is the only one to have fight scenes in which he shows he can really fight. Fights by other cast-members are made in that clumsy seventies way, as are the shootouts. Oh and of course cars that go off cliffs already catch fire in mid-air. Now, those were the days.

Black Dynamite is a spoof with a beating heart. It has enough story and doesn’t go for the sketch-after-sketch routine throwing flat jokes around in a random order. The jokes are funny and large in numbers. A lot of effort has been put in this film and it shows. Too bad that you’ll need to be familiar with the blaxploitation genre to fully appreciate the movie but even without that you’re sure to be laughing from start to finish. To give an example of how smart this movie is: look out for a bust of President Kennedy in the Oval Office of sitting President Nixon. Smart and funny, two statements that never apply to the work of Jason Friedberg and Aaron Seltzer, yet they get wide theatrical releases. The Man, it still is putting the brothers down while they overflow us with their shit. It’s time someone stuck it to them. Black Dynamite maybe?