The Big Doll House is the first movie with a big role for 70s blaxploitation star Pam Grier. It’s also the first time she teams up with Jack Hill. Together they became the face of blaxploitation with movies like Coffy and Foxy Brown. But before their definitive breakthrough they made a couple of “chicks in chains” movies together. The Big Doll House being the first and the Big Bird Cage the second. Grier herself also stars in two other prison-themed movies: Women in Cages and Black Mama, White Mama. It’s quite amazing actually that she transcended above these movies and became a star. The rest of the female casts in these movies got nowhere. At least not in front of the camera. 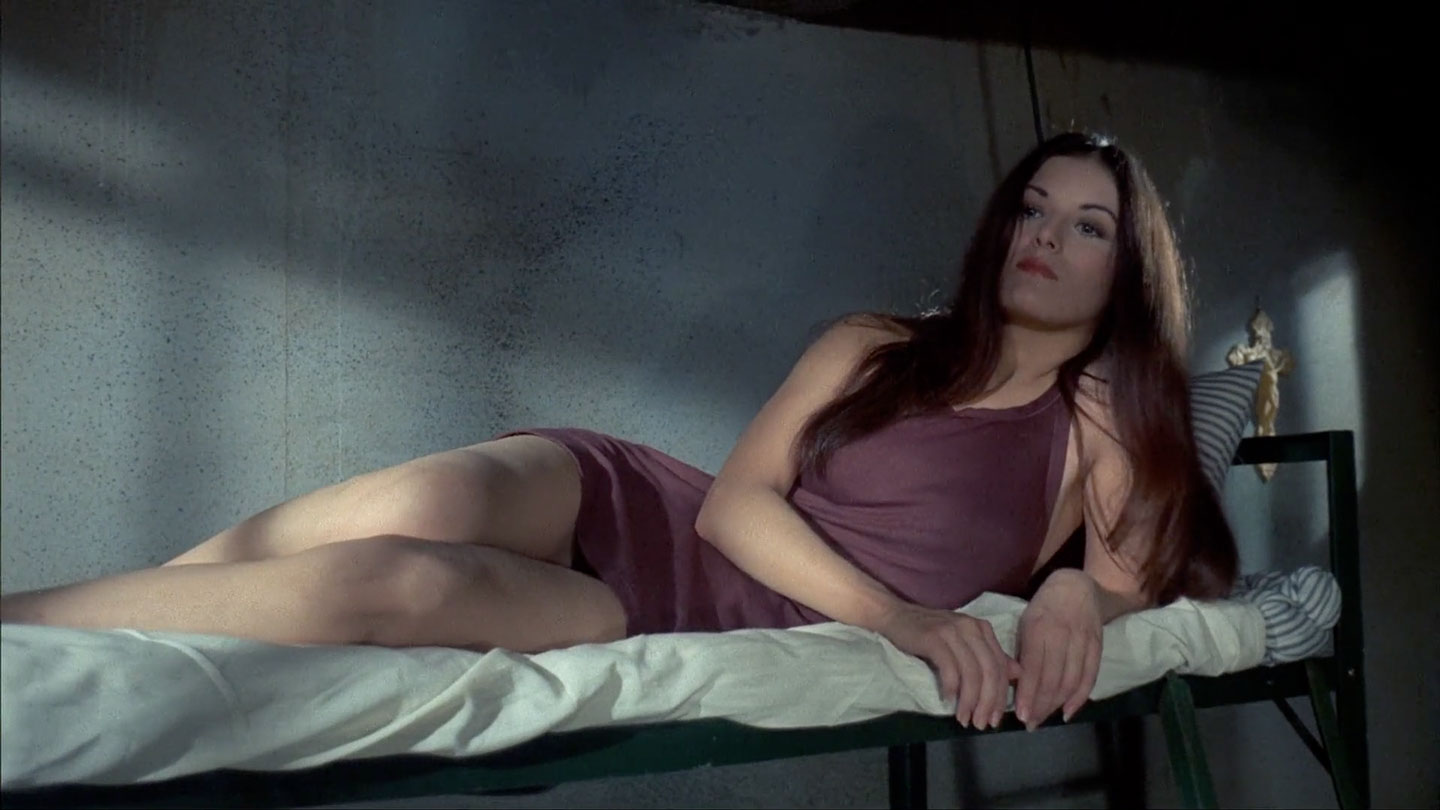 Big Doll House was shot back to back with Women in Cages. They’re shot in the same prison and the main cast is mostly the same. They even use the same truck in both movies. The movies do have their differences. Big Doll House has a better script and direction overall. But it’s still a basic women-in-prison-movie. So that means gratuitous nudity, torture and lesbian affections. But not as much as you would expect. Even Pam, who does display her goods, has her back to the camera most of the time during nude scenes. Such a cock-tease. 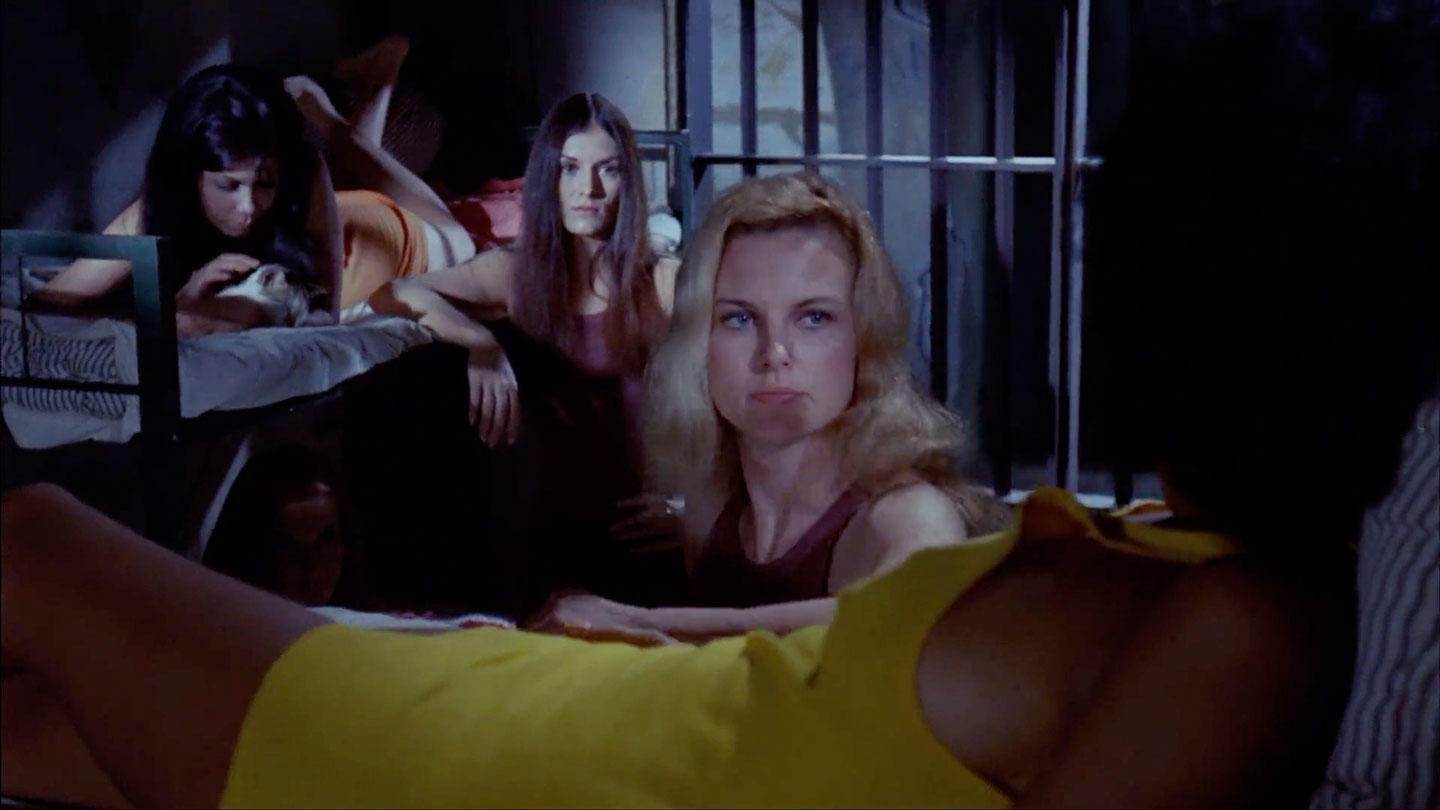 The story is the same as always. A young American girl goes to prison in a South American or Asian country after a conviction. The prison she shares a cell with other American women who are all sexy. She has to learn how things work in jail, endure torture, try out some lesbian affection, mud-wrestle, try to escape and soap other women’s backsides and breasts in the shower. Especially that last thing is very important. 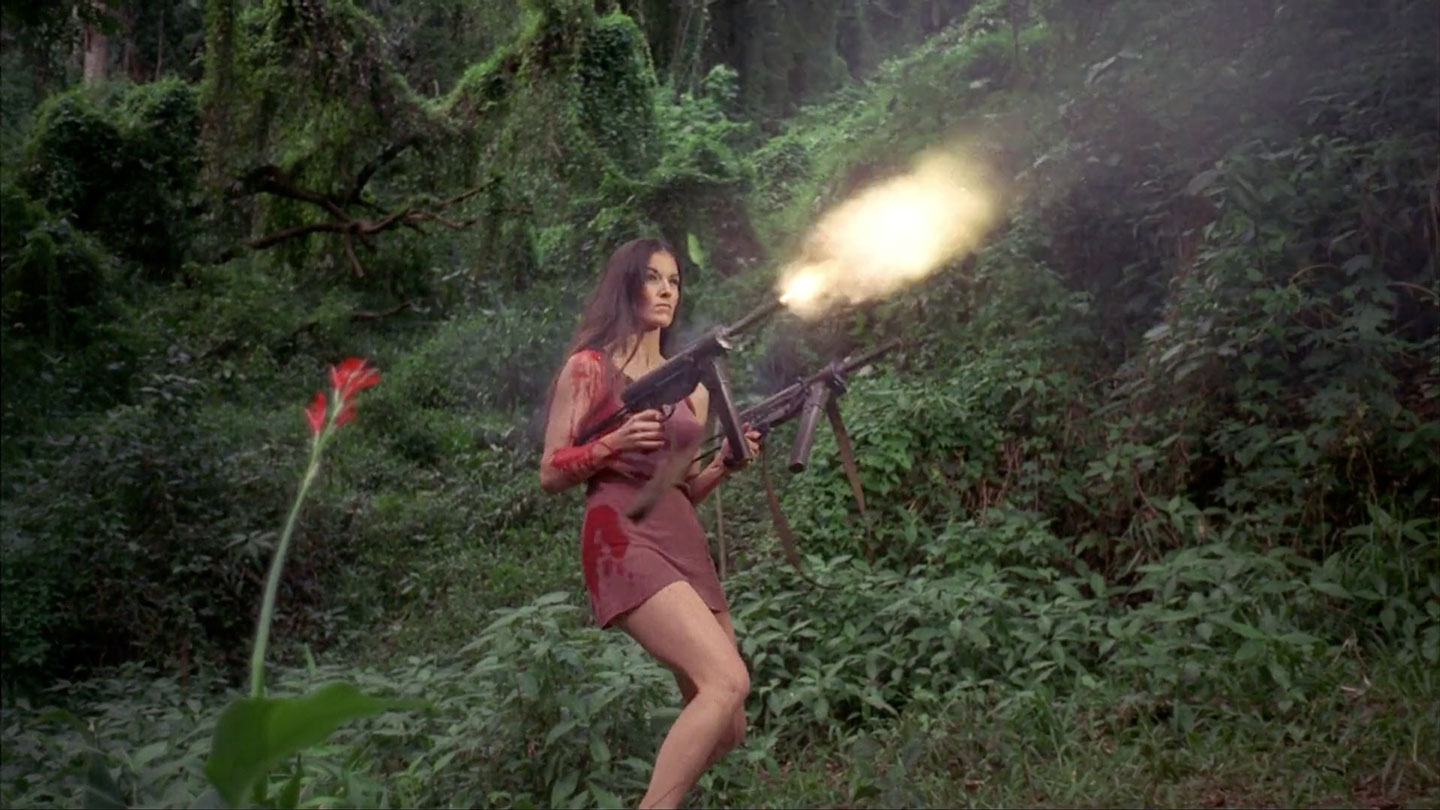 Big Doll House is pretty entertaining I must say. There are no really slow parts and the women are all eye candy. The protagonist is the beautiful Judith M. Brown as Collier. She was also in Women in Cages and she’s once again in the same cell with the voluptuous Pam Grier (Grear) and the beautiful Roberta Collins (Alcott).

Bonus cast-member is Sid Haig, another Jack Hill regular, who plays some sort of supplier who wants some prison poontang. Oh well, whatever floats his boat. He’s pretty funny and a highlight between the rather bland “actresses”. It is rather obvious these women were not cast upon their thespian skills . 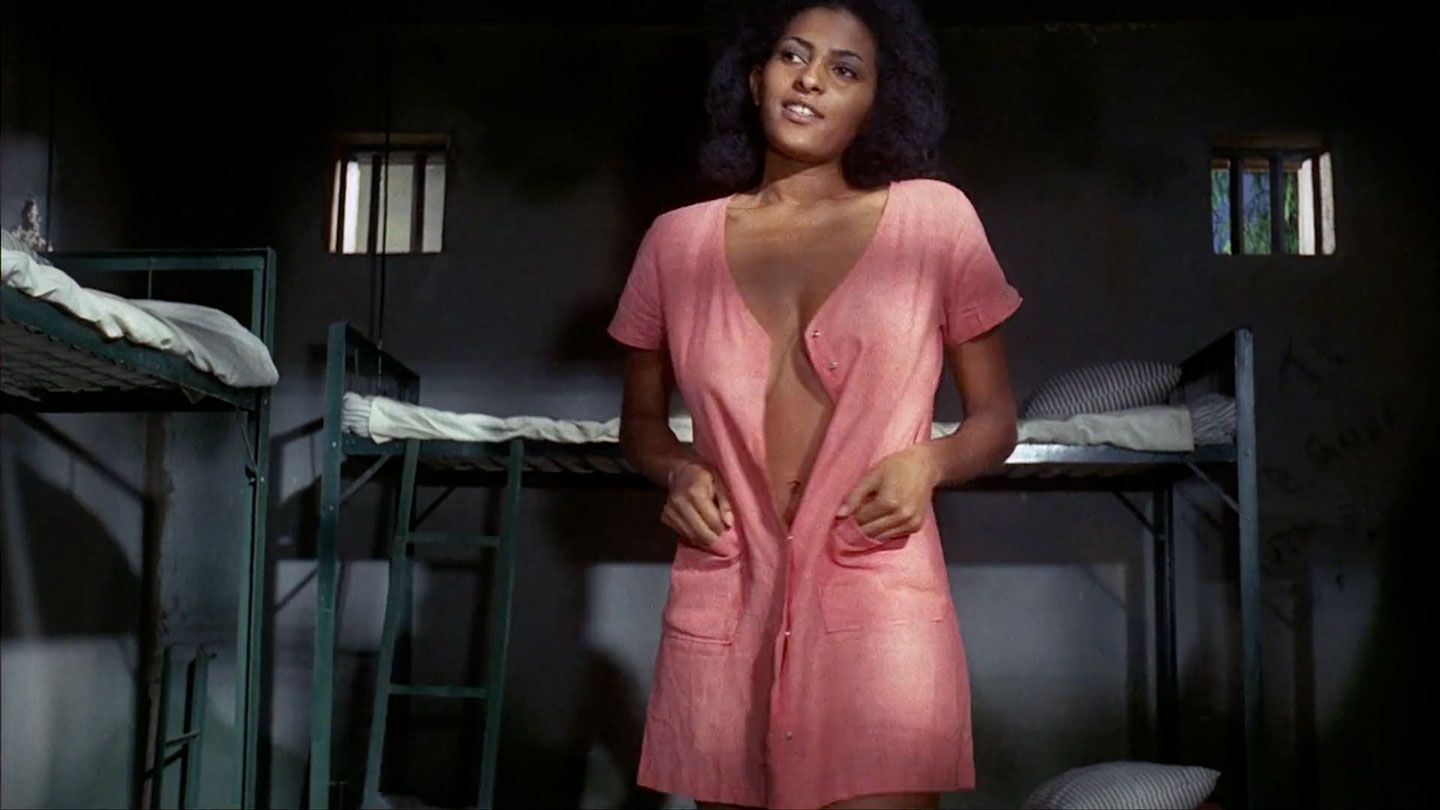 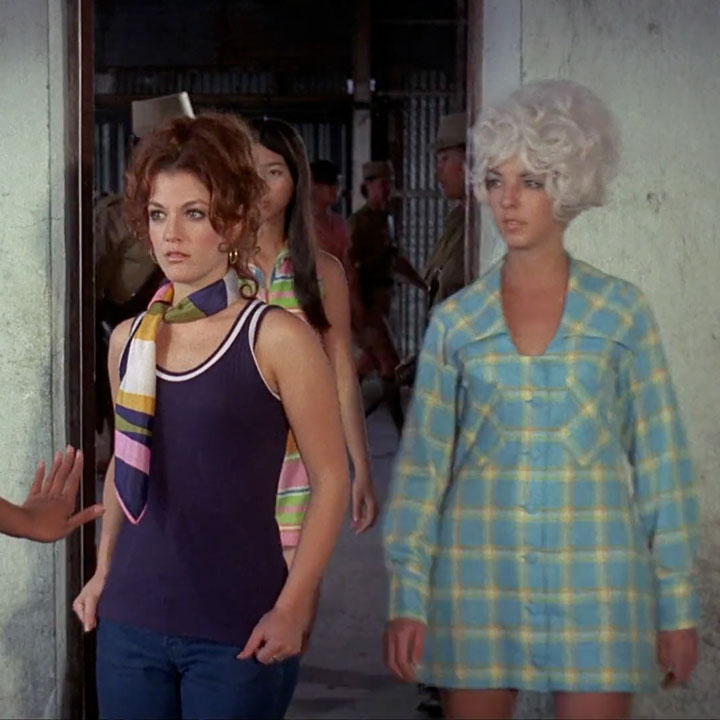 Movies like this always contain unintentional humor. Even though this movie looks as if it it tries to play it straight you can feel the makers having fun behind the camera. I mean: electric nipple shockers? Come on! It might be something you can get at every sex-shop nowadays but they don’t seem like your standard prison equipment. Especially back then.

If you look closely during the opening scenes you see a young Dame Edna entering the prison. Wearing a wig must be illegal in those countries. I also can’t help but laugh when the obligatory but rather cliché scenes like mud-wrestling, cat-fights and overlong shower scenes are on screen. Can a shower scene actually be too long? I guess when the skin starts to wrinkle on the actresses it’s about time to move on.

Now it might sound like there is a ton of nudity in the movie, but actually I am surprised how fairly tame it is. Sure, we get to see enough but a lot of scenes were shot in a way you don’t get to see much. For example: there is a torture scene where the girl tortured is hanging naked but has her hair covering her breasts. 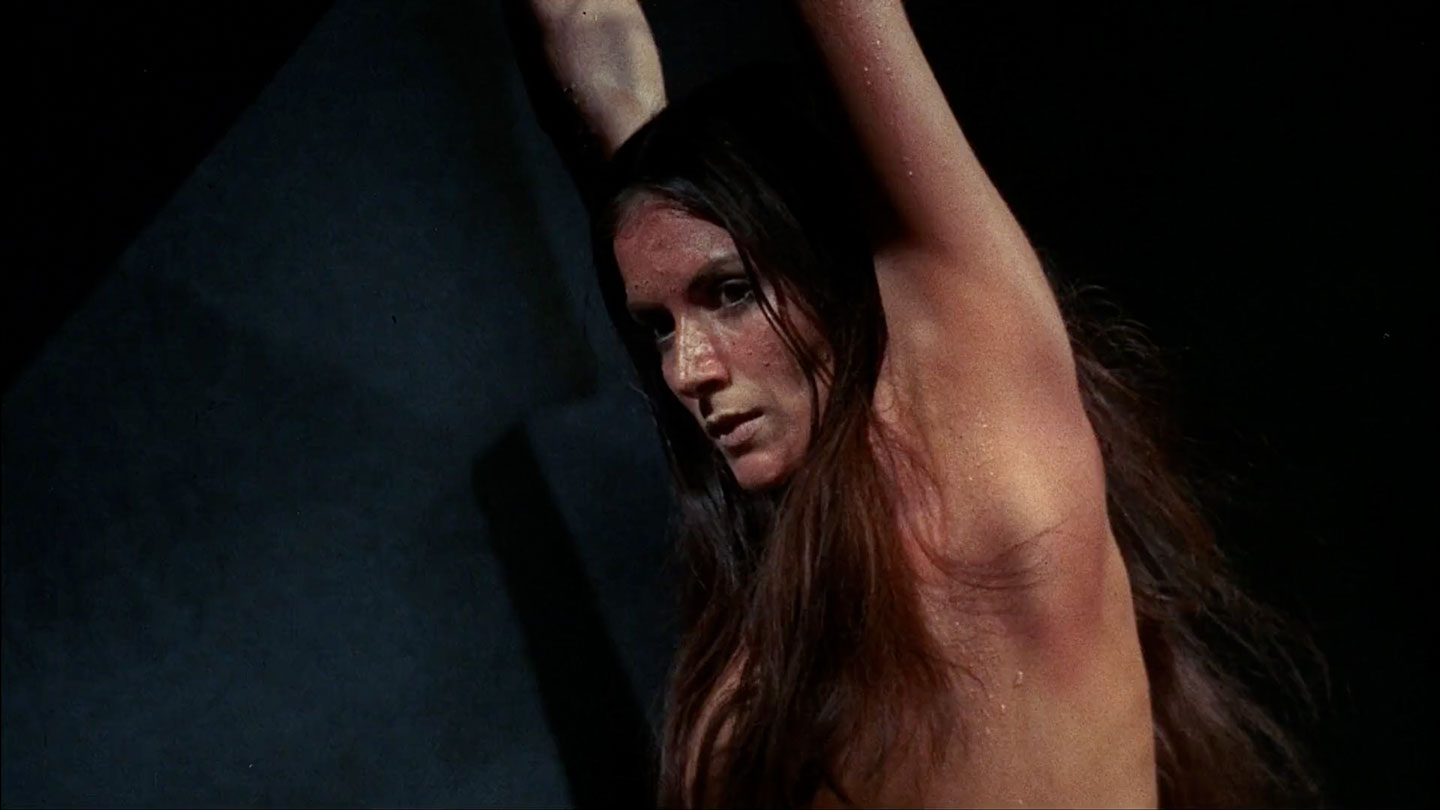 Like I mentioned earlier, Pam Grier, teases us a lot with her backside and all of the Pilipino background extras keep their clothes on. It is a missed opportunity. At least Brown and Collins show a fair amount of skin over the course of the film.

Big Doll House is not a really good movie. But which women-in-prison movie actually is? It’s entertaining and it actually is an easy watch but it is still an exploitation movie. But at least it’s better than Women in Cages.