Nobody I know is familiar with Troll 2, and judging by the look of the people interviewed in Best Worst Movie you have to be a nerd to have seen it. This movie attracts an even weirder species of movie-freaks than the Star wars movies do. I happen to be like that apparently as I’ve seen this movie a couple of years ago when I was really in a bad-movie-period of y life. And sometimes I still have this moments. I remember Troll 2 indeed being a and memory and one of the most memorable and actually most rewatchable. This movie is so over the top bad I mentioned it multiple times to multiple friends but nobody would want to watch it. They just don’t fall for the it’s so bad it’s good argument. They are really missing out on something I must say.

Best Worst Movie deals with Troll 2 and the people behind it. It is directed by the child-star of the movie, Michael Stephenson, and focusses mainly on his movie-father and dentist in real life, George Hardy. Hardy is a likable guy, so likable even his ex-wife is very fond of him which made me wonder why they got separated. For Hardy, and some of the other cast members, Troll 2 was supposed to be their launch into stared, or at least the beginning of a successful career. That didn’t quite turn out to be the case. Most of the cast members never even saw the movie, some of them only just recently after it is became this generation’s Rocky Horror Picture Show. The movie never got a wide release, and in case of Hardy one of his clients recognized him from this movie he saw on HBO late at night. 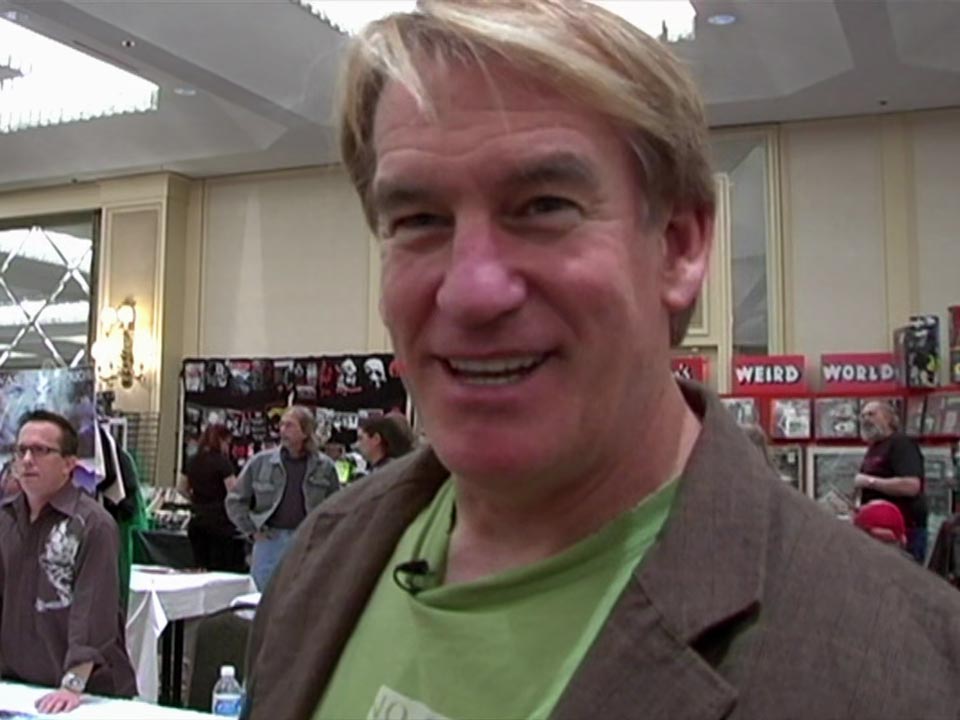 The documentary follows Hardy as he enjoys his small fame going to midnight showings and conventions. With a certain pride he tells to everybody who wants to hear it that he starred in the worst movie ever made. Basically every cast member is in on the joke, the only person not to is the Italian director Claudio Fragasso. He sees this movie as a work of art, and an important one at that. The “success” it now has proves this to him though he doesn’t understand why people are laughing at stuff that happens that was never intentionally humorous. He is one of the highlights of the movie, his ignorance is funny though at one point embarrassing when at a Q&A he’s interrupting the actors on stage and calling them dogs for not respecting the noble art of what is Troll 2.

Horror movies tend to feature a cast that basically have no career after that, conventions are filled with them and of course Troll 2 is no different. Only a couple of actors got other parts after the movie, but never a real successful career. I’m always curious of what happened to the people involved many years later and as such I’m a real sucker for these kinds of documentaries. Just like “His name was Jason” and “Never Sleep Again” it is fun to see how people look now. Despite the 20 years that have passed the crew still looks fine. I was of course especially curious about Connie Young and must say that she still looked great. While most of the people involved had decent lives after it, not all of them did. The stories are sometimes a bit sad, especially when it concerns Margo Prey who played the mother.

While George Hardy is the centerpiece of the movie, and his line “you don’t piss on hospitality” is quoted multiple times I find the real defining quote from Troll 2 sadly never to be heard. I’m talking of course about the brilliant delivery of “Oh no they’re eating her, and then they’re going to eat me… Oh My GOOOOOOD”. Darren Ewing is in the movie and discusses the infamous scene but only vaguely mentions the quote as a throwaway line.

As a first time director Stephenson is already light-years ahead of Claudio Fragasso and it’s funny that a documentary about the worst movie ever made is way better than the subject it covers. Though it never really was any competition now. The only element the documentary fails or forgets to cover is how it came to be that Troll 2 is now loved the way it is today. There are countless other movies as shitty or even shittier but somehow this one had the x-factor that made people go like “you have got to see this” against their friends.

Best Worst Movie is an intriguing look at the story behind one worst movies ever made and the only movie which should ever be a follow up to Troll 2. George Hardy says he will without a doubt star in Troll 3 if that movie should ever be made, but that will never work because they thought they were making the best movie ever with Troll 2. That’s what made the movie so original.

And as official as Troll 2 was a sequel to Troll, this movie has also been released as Troll 3 in 1990.