Barb Wire is the holy grail of guilty pleasures. What’s not to love about this loose remake of Casablanca in which the Humphrey Bogart role is played by a voluptuous Playboy Bunny walking around in tight leather outfits which is barely able to contain her enormous bosom? Russ Meyer would have loved this concept and to be honestly, so do I. Call me sexist, but in a world where entire flocks of women go to the cinema to watch Channing Tatum take his shirt off in Magic Mike, it’s safe to say that it’s perfectly justified for me watching this movie and appreciate it for the excellent trash that it is. 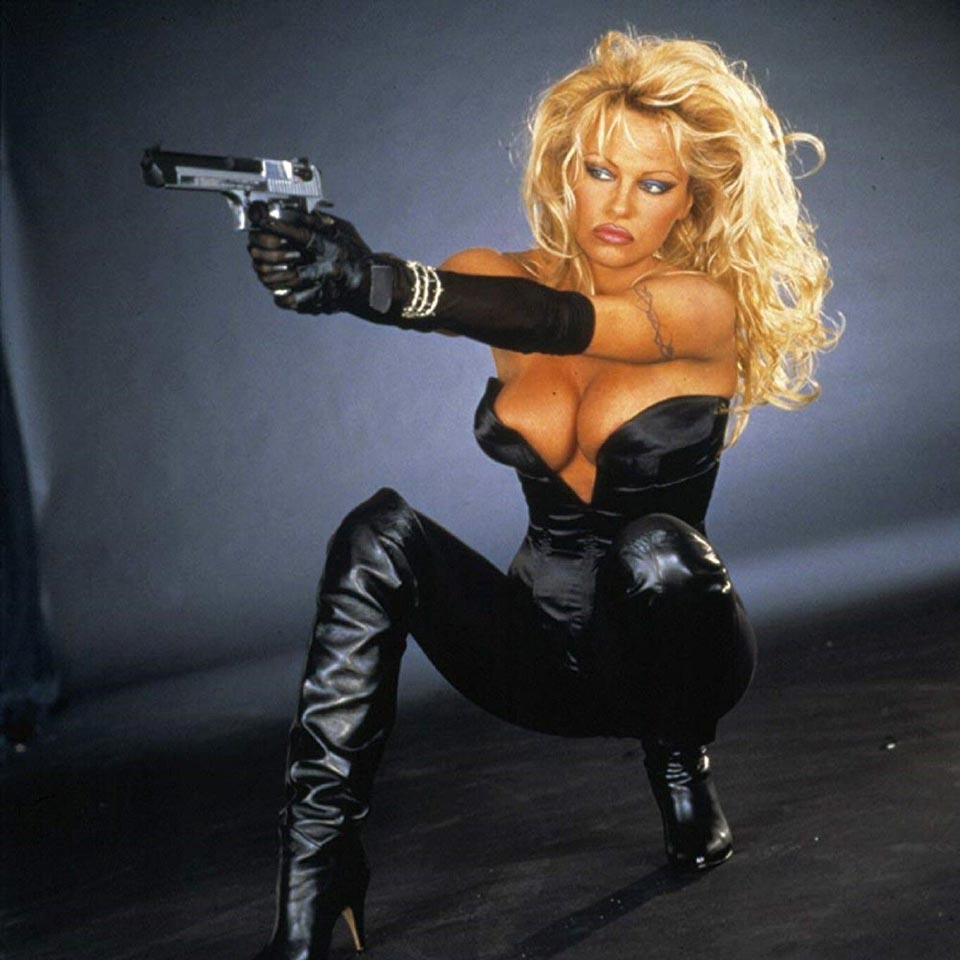 Barb Wire stars Pamela Anderson at the height of her stardom. Hot off Home Improvement and Baywatch, the face of an H&M campaign, multiple shoots for Playboy and tabloid fodder due to her marriage to rocker Tommy Lee. Up until Barb Wire Anderson only had a couple of low budget movies to her name like Snapdragon and Raw Justice. While Anderson might have been the household name, it’s fair to say that her Playboy/Baywatch predecessor Erika Eleniak had a better career starring in movies like Under Siege and The Beverly Hillbillies. Anderson was probably aiming for the same and then some, but Barb Wire would remain as her sole mainstream high profile movie. If this movie would have become a success then Anderson would have had the whole world in her hand, but sadly for her it didn’t and it was off to making sleazy low budget movies again after this.

One of the more interesting thing is that Barb Wire is actually based upon a comic book. Since this was made in the 1990’s being a movie based upon a comic rarely meant it was good. When I think of comic book movies made before 2000’s X-Men, the only good ones I can come up with are Superman, Batman, Batman Returns, Darkman, The Rocketeer and Blade. What is most peculiar about 80s and 90s comic book movies is that aside from Batman and Superman, they all revolve around smaller properties. The Punisher, The Phantom, The Shadow, Tank Girl, Spawn, Blade, Howard The Duck, The Crow, The Rocketeer, Judge Dredd, Darkman and Dick Tracy. None of them are household names like Spider-man or The Hulk. My guess is that until this movie came out you had never heard of Barb Wire and after it came out you never heard about it again. 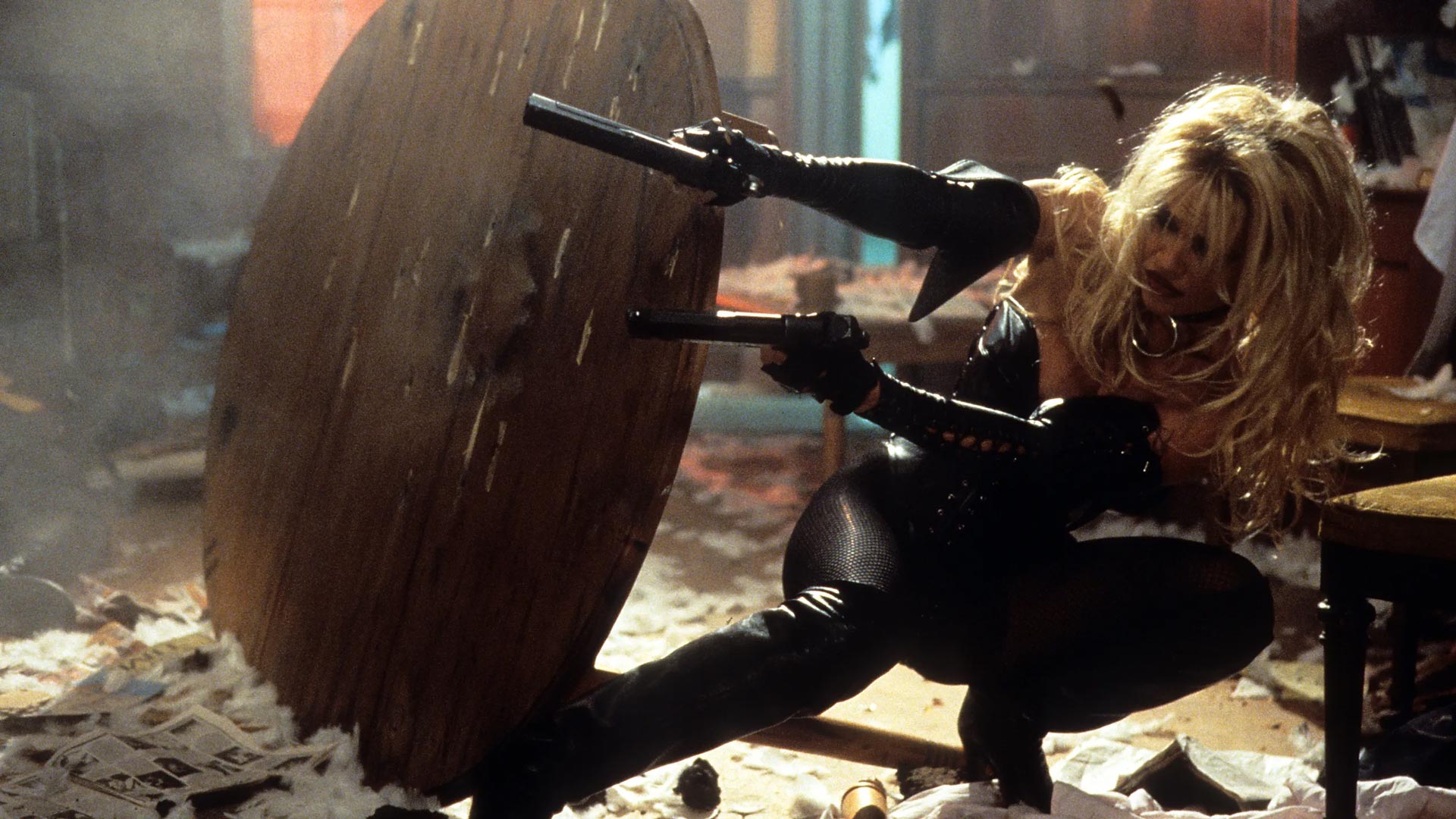 Barb Wire revolves around nightclub owner Barb who also moonlights as a bounty hunter. In the opening scene we see her going undercover as a stripper as she’s trying to save a young girl held there against her will. Since the movie is a film noir it also means that Pamela provides a voice over to narrate the movie. She does so with her sultry voice, but is never convincing. To anyone familiar with her work, this should come as no surprise. Anderson’s sole talent is her physique and watching her trying to carry an entire movie while pretending to be this bad-ass is unintentionally funny. It’s no wonder they suit her up in outfits that are a BDSM-afficionado’s wet dream. The movie even realizes this by putting in an actual scene featuring a guy in a leather outfit wanting to be punished by Ms. Anderson.

While sleazy and filled with gratuitous nudity, the movie is a lot of fun. It’s a bad movie, with terrible screen writing and hammy performances from everyone involved, but that is just what makes it so entertaining. Because the movie rips off a classic like Casablanca and the studio threw plenty of money at the project, the result is a quite coherent picture with an easy to follow story line set in a dystopian future. This makes Barb Wire reminiscent of other high profile movies released around the same time which are all also set in a dystopian future, are big budget spectacle movies starring familiar faces. Movies like Judge Dredd and Waterworld which, together with Barb Wire, have something else in common: They were box-office bombs that are actually pretty enjoyable, albeit campy movies. 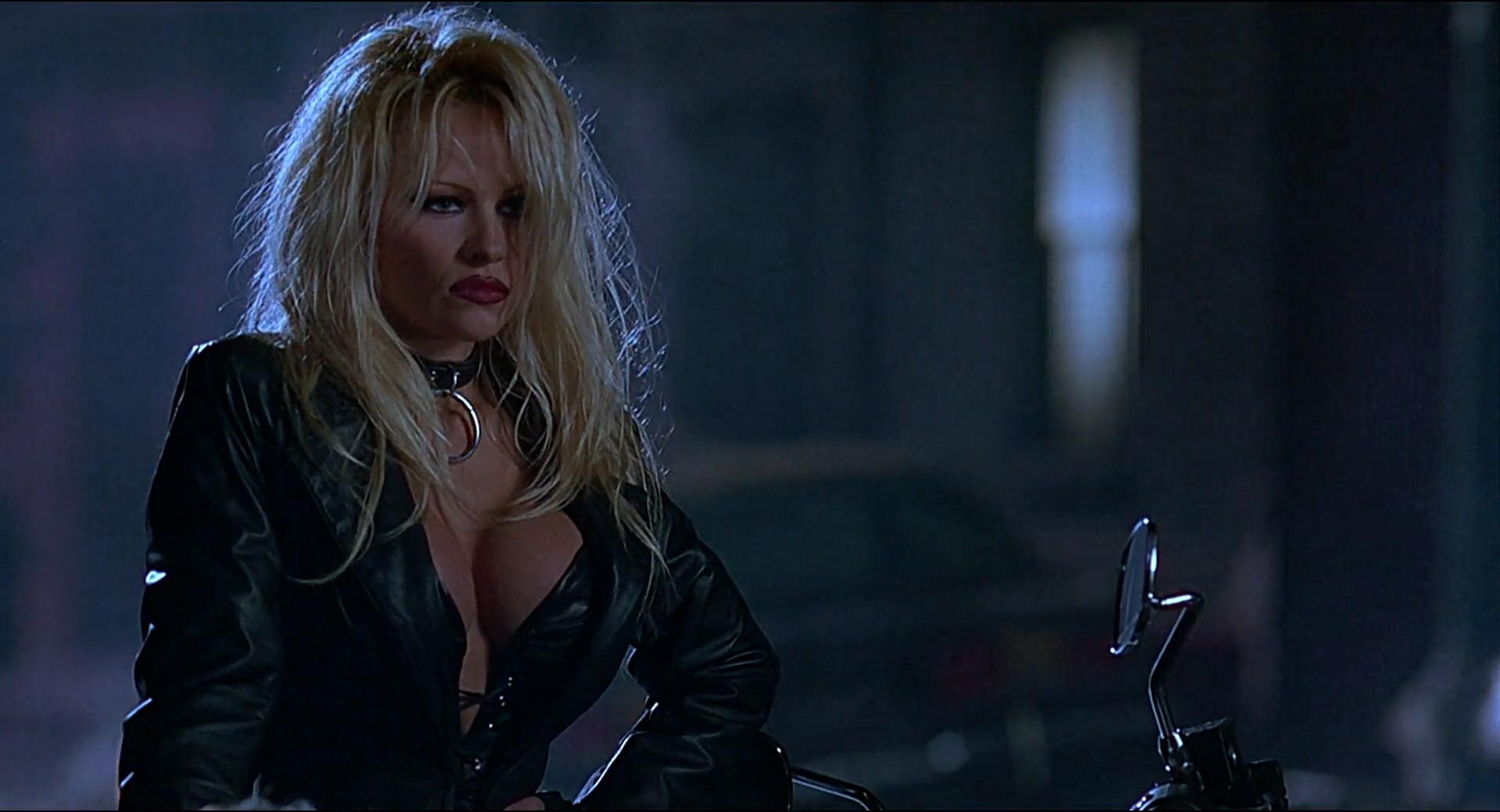 The cast is filled with familiar B-movie faces like Steve Railsback, Udo Kier and coming fresh off the softcore movie Poison Ivy 2: Xander Berkeley. Railsback seems to be playing a part that would normally have gone to Malcolm McDowell. None of the actors put in a good performance, but are all seemingly aware of the campy movie they have been put into. How can they not be? They’re in a movie starring Pamela Anderson for Christ’s sake. You’re not going to McDonalds for some haute cuisine are you? Actors in these movies are flipping burgers… not master chefs.

Barb Wire is so bad, it’s good. It’s so much fun watching it even if almost nothing makes much sense and Pamela can’t act for shit. But we aren’t watching it for her acting now are we? In the end anybody watching this, is just watching it to see her walking around in a skintight leather outfit or less, boobs wobbling all over the place. The only thing saddens me is that this was shot in 1995 when Pamela had her breasts enlarged a size too big. They’re so obviously fake it becomes distracting. A good boob-job makes you believe they’re real. The fact that they push these puppies up in several scenes made me realize that I’m forgetting to praise one thing, the only thing in this movie eligible for an award: her bra.

The award for best support.