The Book Of Love is the 7th movie in the American Pie series, a movie that started off with a surprise hit and was turned into a trilogy with a returning cast. After that Direct-To-DVD sequels started popping up each having less to do with the original trilogy than its predecessor. Yet, there are a couple of recurring things in every movie up until now: A relative of Steve Stifler, Jim’s Dad Eugene Levenstein, lots of gratuitous nudity and sex jokes. The Book Of Love continues that tradition.

As funny as this might sound I found the movie to be rather free of laughs. Especially for a comedy. Counting them I guess I would have to say that I laughed about three times during the entire 90 minutes. At least one of those moments was completely sex-free as it concerns the electric vehicle Eugene Levy drives in. I wonder if he had that one made by West Coast Customs, because I never saw that episode of Pimp My Ride. 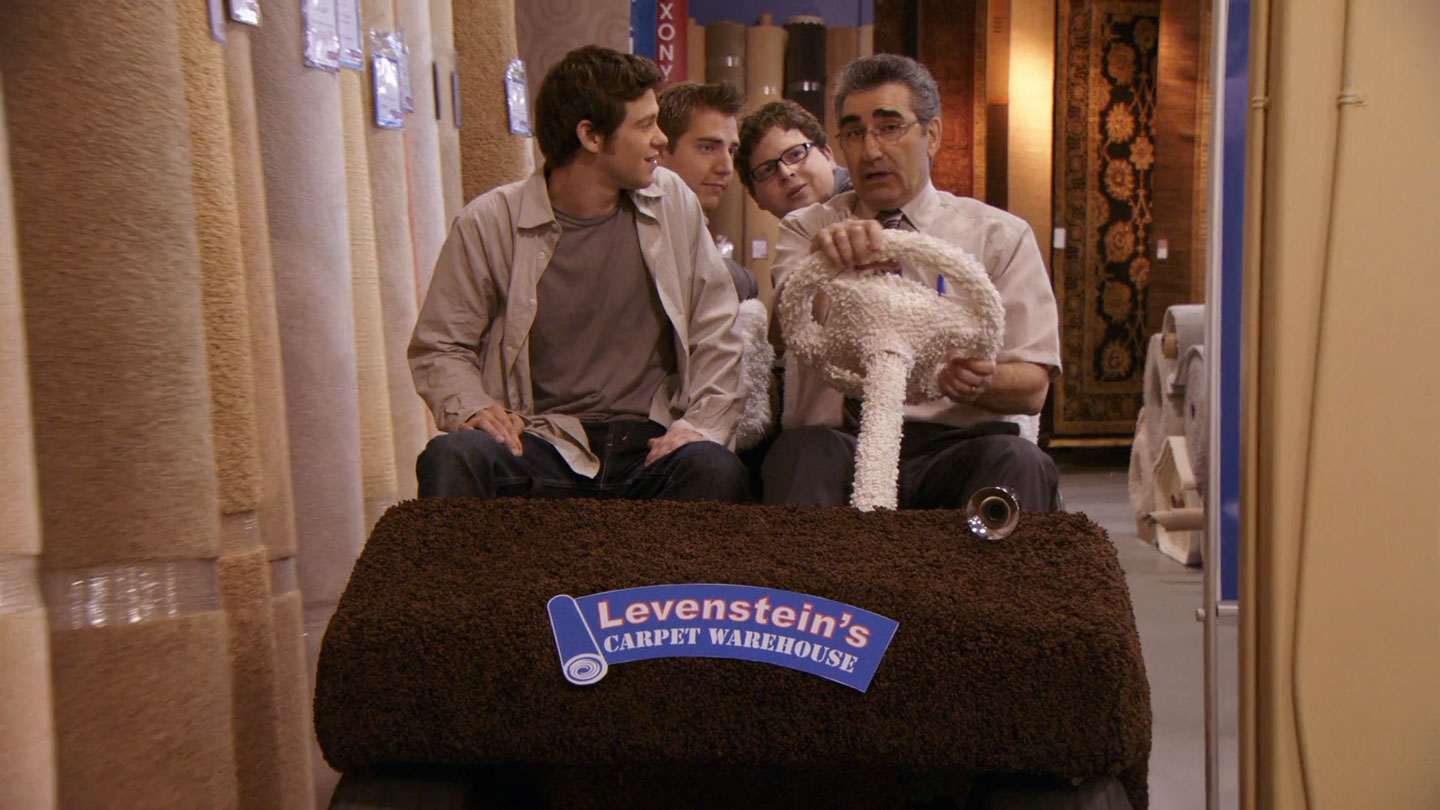 Since they are R-rated sex comedies The American Pie movies have always partially been about nudity. It was a completely legitimate way to glance at boobs for 90 minutes and the series does have its fair share of some natural wonders. And boobs that have been surgically enhanced at least looked good in the first couple of movies. Like Nadia’s in the first movie.

That is not the case in The Book Of Love. Almost every girl has their boobs done and in such a horrific way that they should demand a refund. This movie is full of ugly stick-on tits and it even managed to get annoying after a while. For a movie like this it’s probably really easy to attract some pretty young unknown girls with real breasts who don’t mind showing them in front of the camera. Well, apparently they do because the amount of ugly fake titties is staggering.

To illustrate this, I would like to play a game called “Rate The Titties” 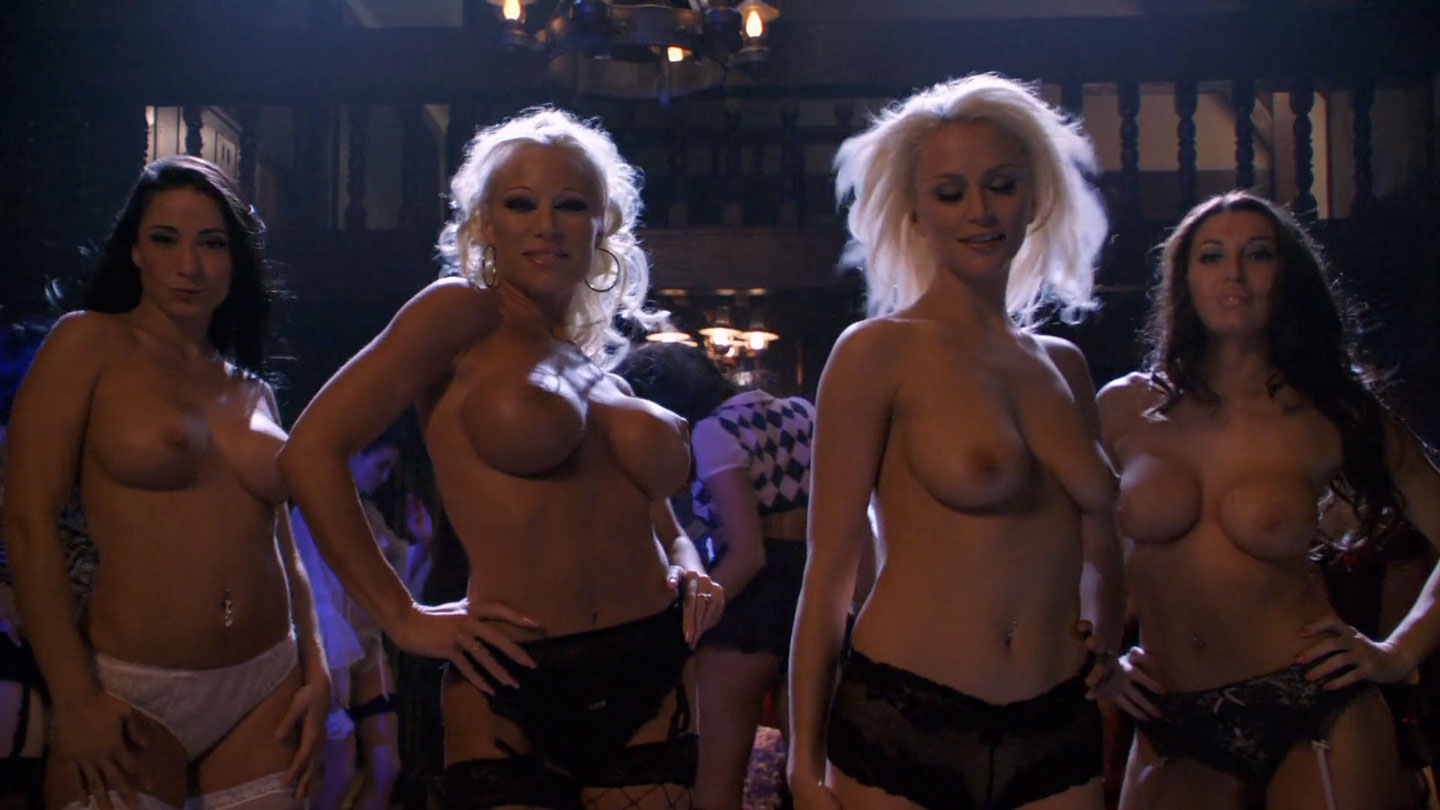 Not only are 3 out of 4 manufactured by a surgeon the ones that are real aren’t prettiest around. The girl with the airbags even looks scary. 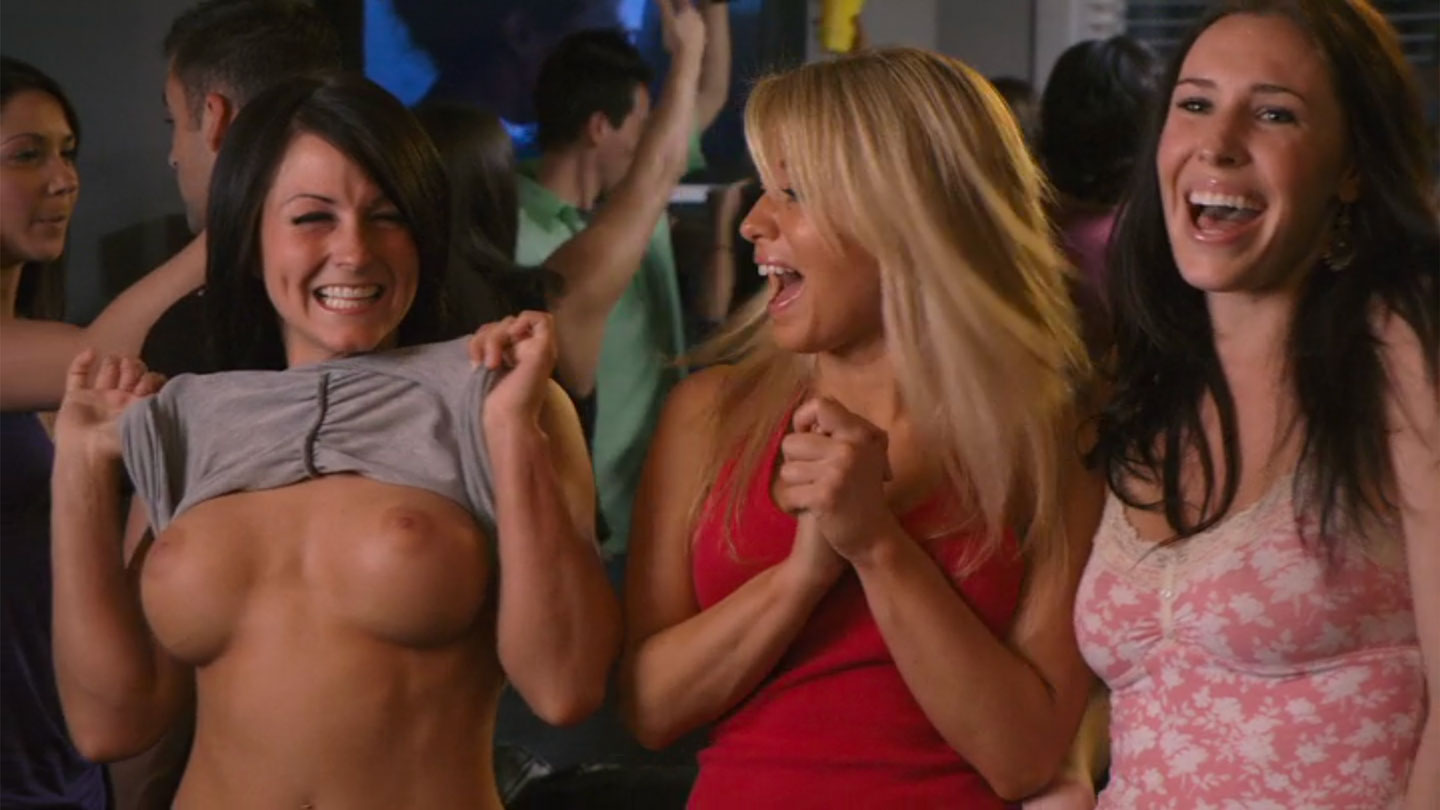 They could’ve gone through for real if the implants weren’t hanging so low. I bet the surgeon failed his nipple-placement-exams 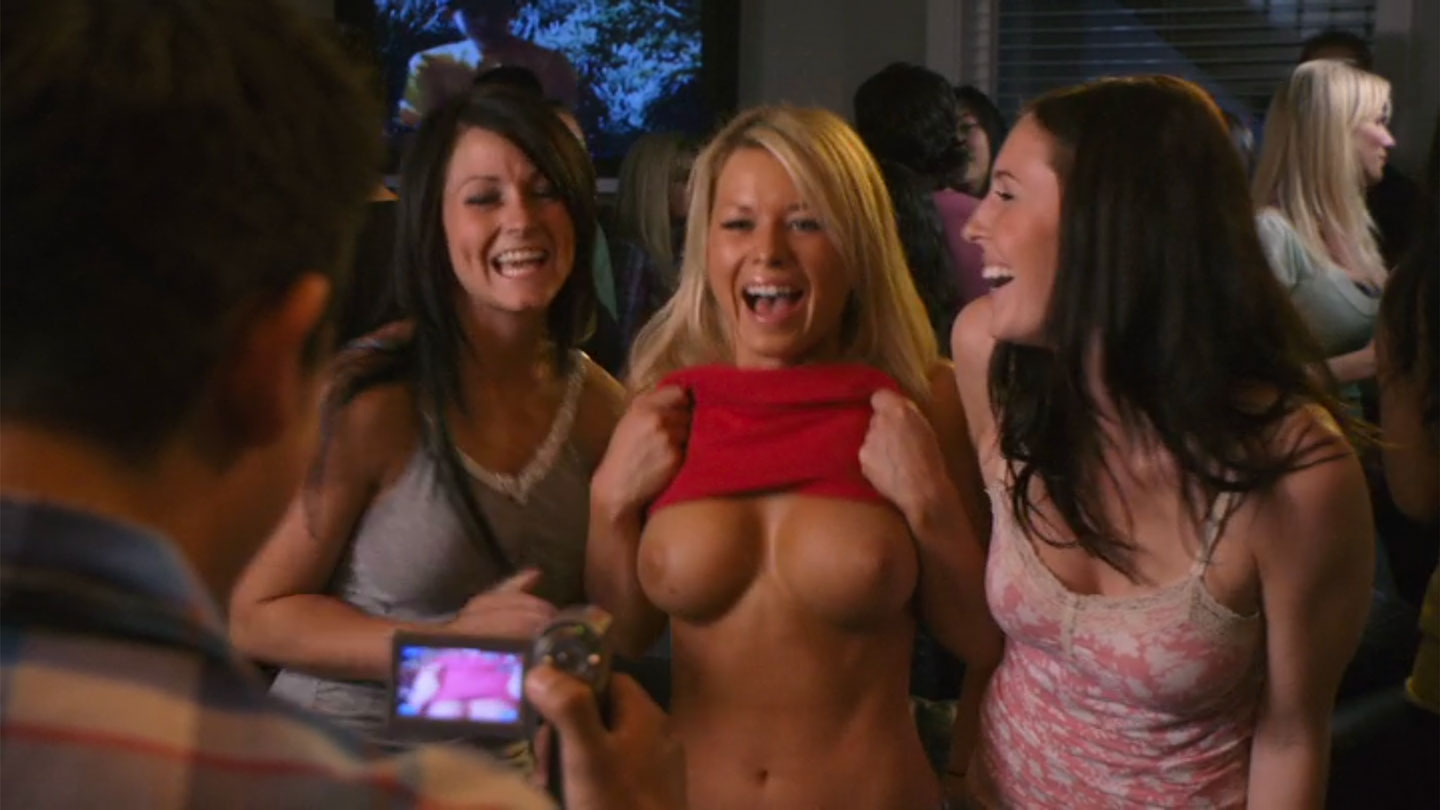 These tend to a bit better. The nipple placement is correct, but they’re obviously fake 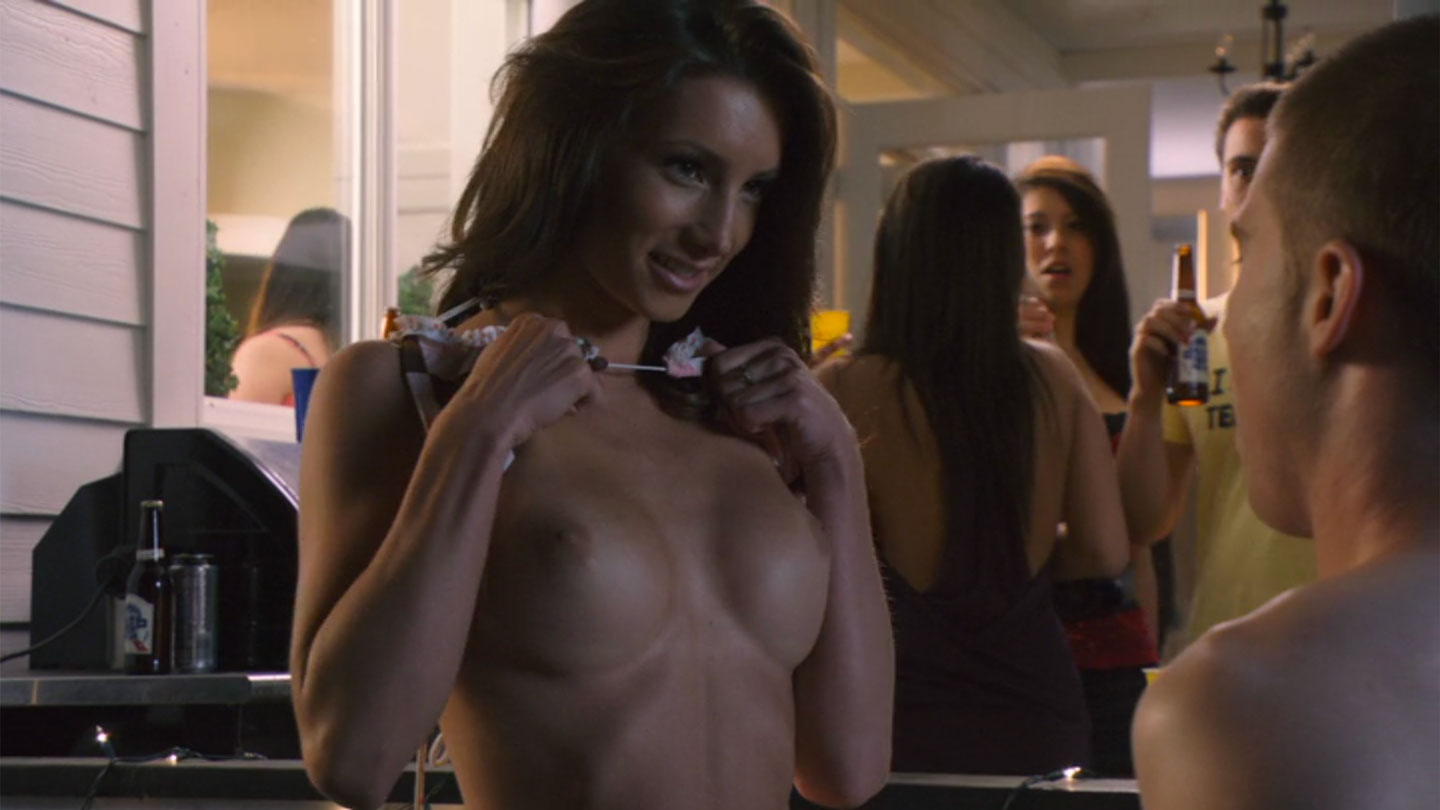 Holy mother of God, what are those things supposed to be… I didn’t know they could have that shape. 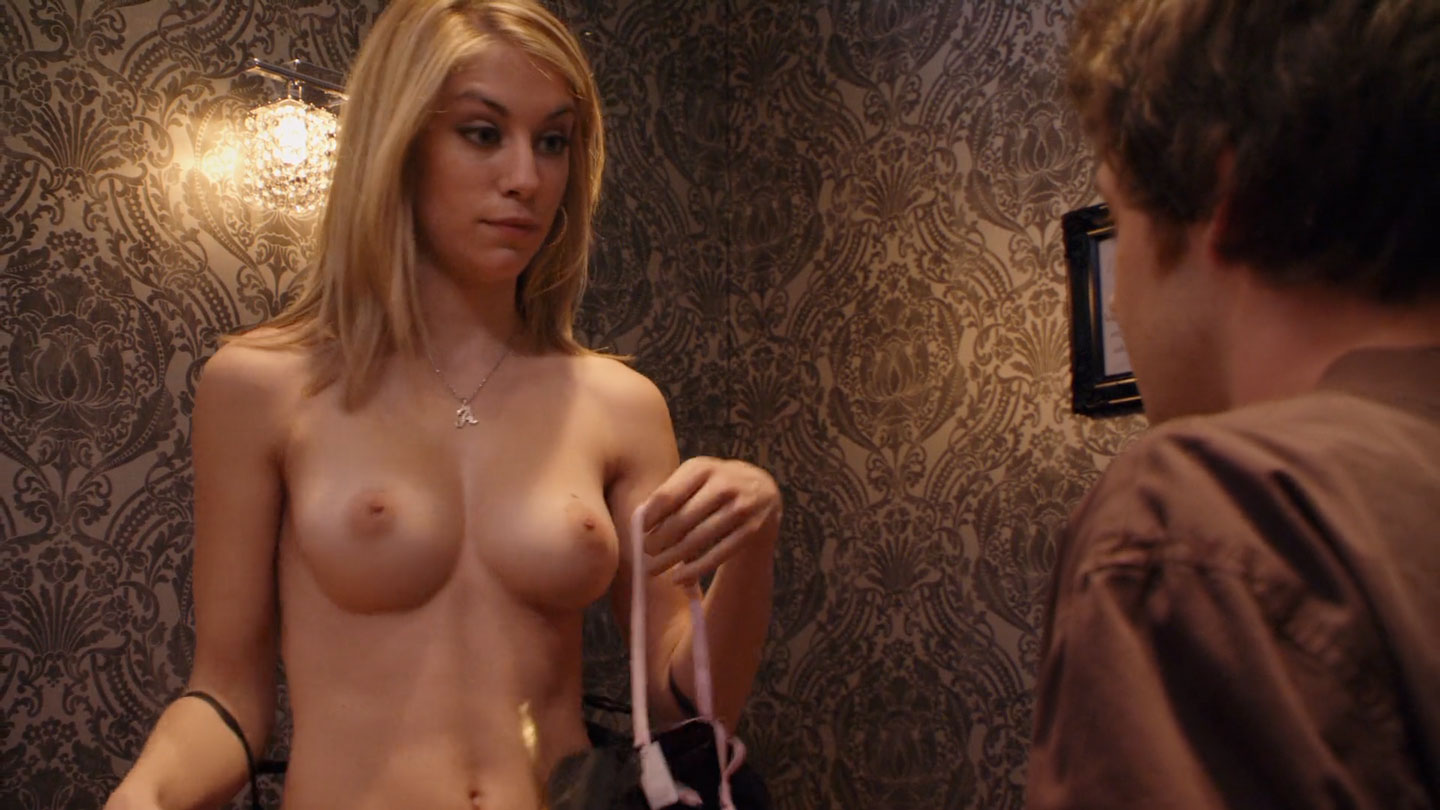 The best ones in the movie I think other than the real ones. But all the real ones are rather small. There’s a “big naturals” porno-series out there. Maybe they should’ve cast some of those girls

As you can see for yourself. There are a lot of girl with botched boob-jobs out there.

On a storyline-level the movie shamelessly recreates the first movie only this time with a lot lesser talented actors. The original cast did not consist of thespians but they did have charisma and chemistry together. Those two elements are totally absent here. There are plenty of young actors, but they all fail to impress me. The worst being this movie’s Stifler character. 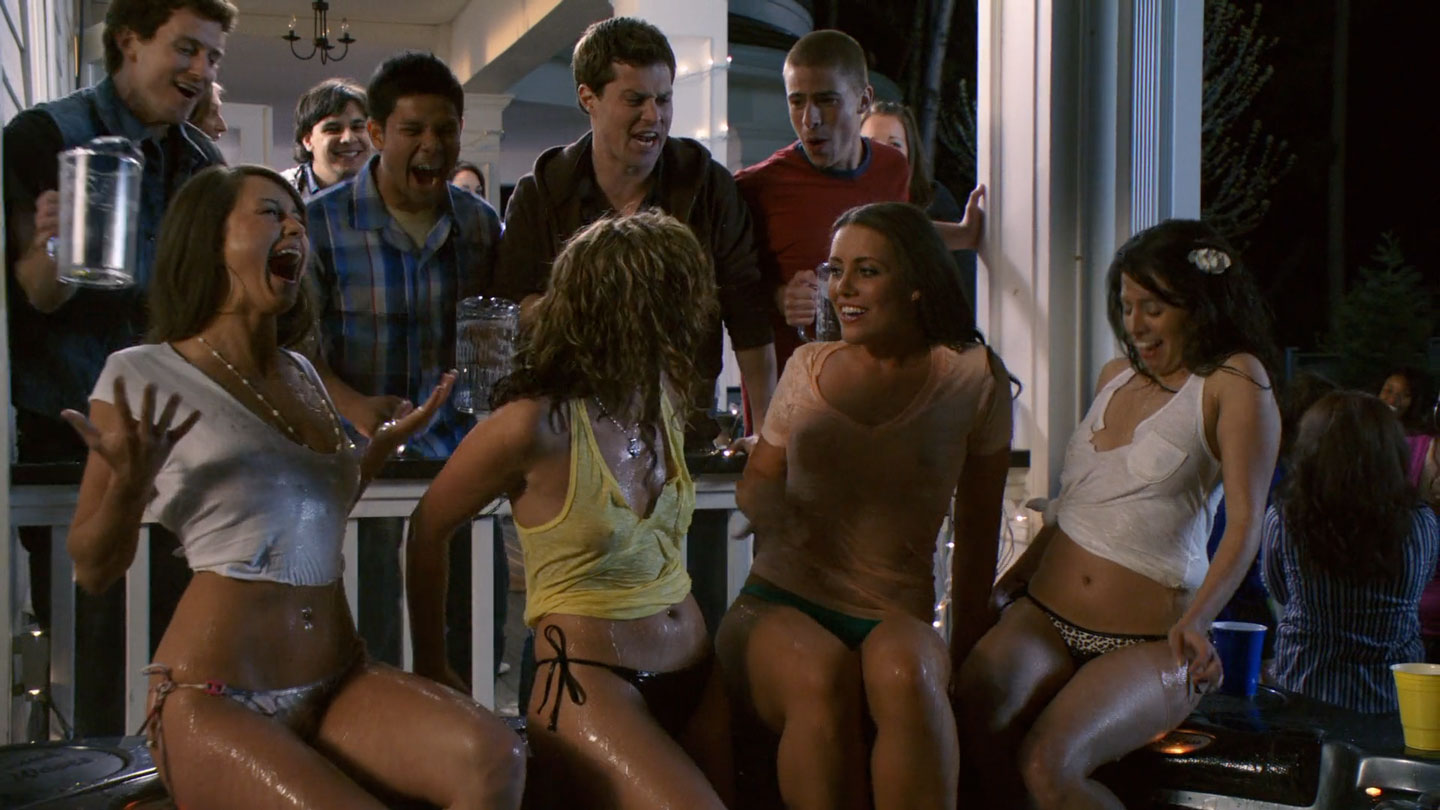 This is the blandest Stifler I’ve ever seen in this series. He isn’t even a driving force in this movie, rather just a bit-part which allows him to be obnoxious and nothing more. The original Steve Stifler might have been a secondary character, but at least he was funny and able to steal scenes. This guy isn’t even remotely funny. I didn’t like the Steve Stifler we got in American Wedding, but that one is miles more engaging than this one.

American Pie Presents: The Book of Love is a worthless entry in the series and only worth your time if you are really into ugly silicone titties. For everybody else there’s always those good parts one and two and the just above average part three.