Another year, another American Pie presents movie. This time Beta House. To my big surprise, Beta House is actually a direct sequel to The Naked Mile. That would have been great if we actually cared about the characters from the previous movie, which nobody did. It was a forgettable movie. But at least it saves us from having to be introduced to yet another group of characters.

In Beta House Erik Stifler and his buddy Cooze start college and pledge the Beta House fraternity. This fraternity is presided over by none other than Erik’s cousin Dwight. Also a returning character from the previous movie. Erik quickly befriends his roommate Bobby (Nick Nicotera) who is busy having sex with his fling when they first meet. It’s a scene that basically surmises the entire movie: Erik walks in on them and neither flinches. They just continue doing what they’re doing all the while conversing with Erik. And this comes right after a scene which demonstrated that the bathrooms are coed. To illustrate that: while Erik is taking a leak in a urinal a completely naked girl walks past him while leaving the shower. Also not flinching an inch as if this is the most normal thing in the world. 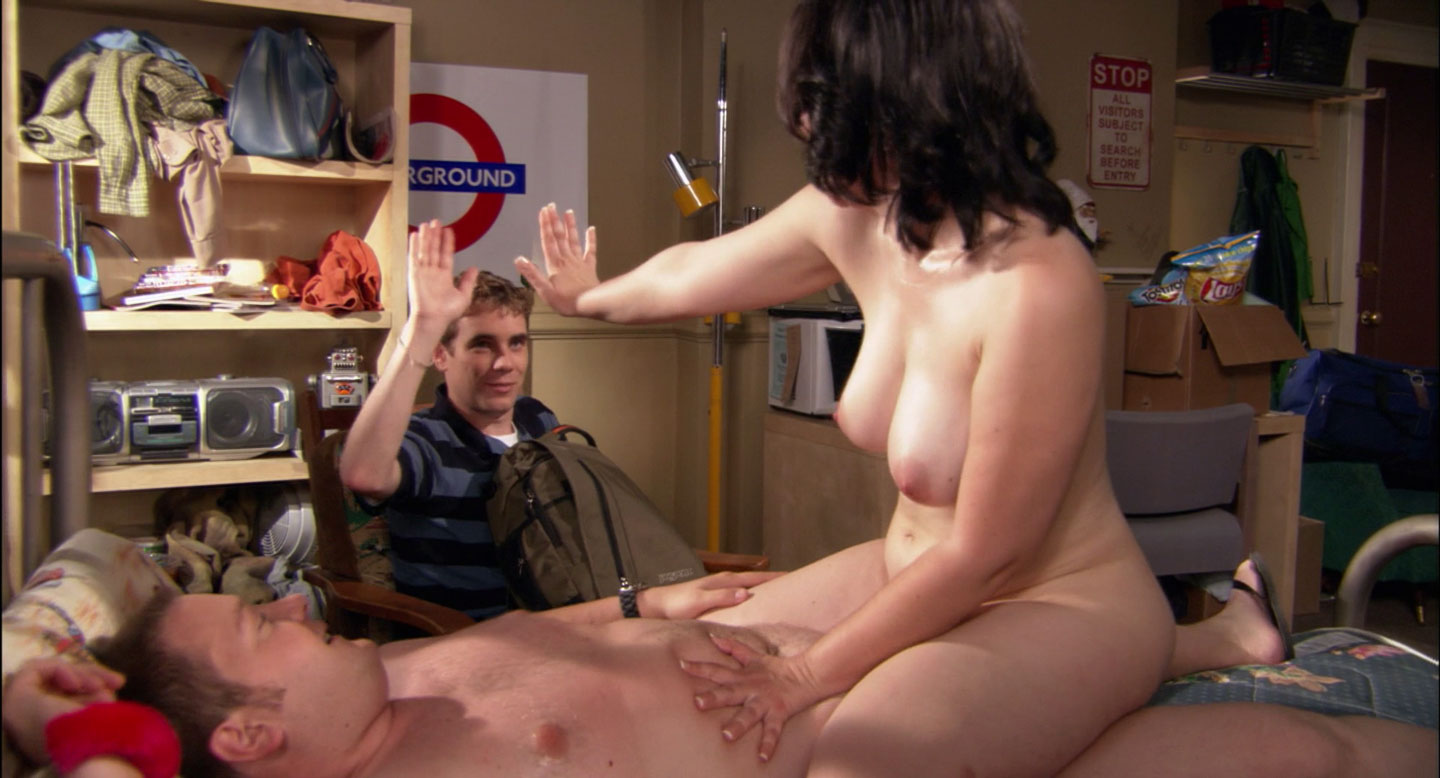 The most notable change The Naked Mile brought to the series was the enormous amount of nudity it contained. The movie grabbed every excuse it could find to throw in topless girls. Including a marathon that has to be run naked and a frat party where everybody was in their underwear or less.

As illustrated by the previous two examples, Beta House goes even further than that. There is hardly a scene without women either fully naked of with very revealing clothing. Especially when you watch the unrated version which even puts in some full frontal female nudity. To illustrate this, here are two examples of the same shot from both the rated and unrated version. 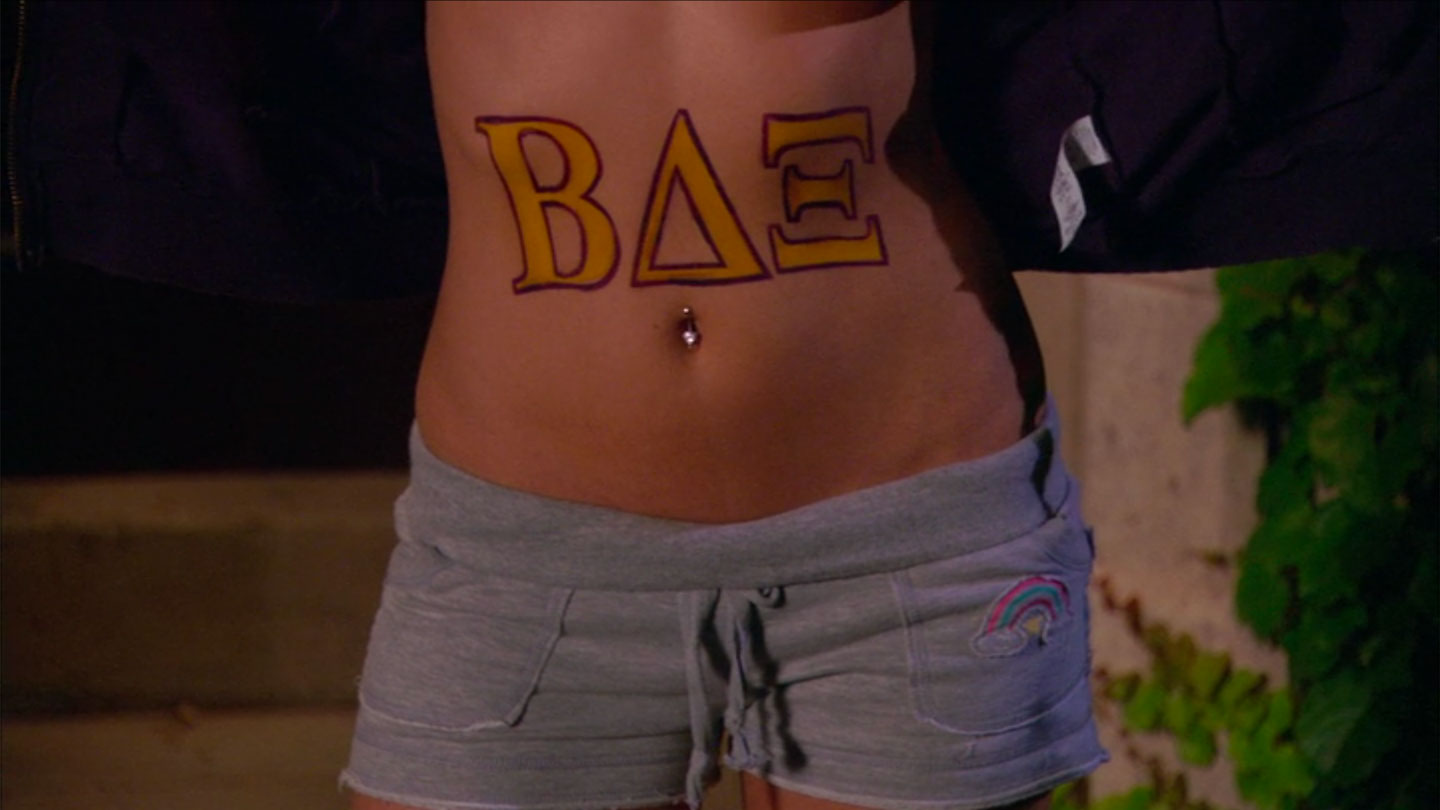 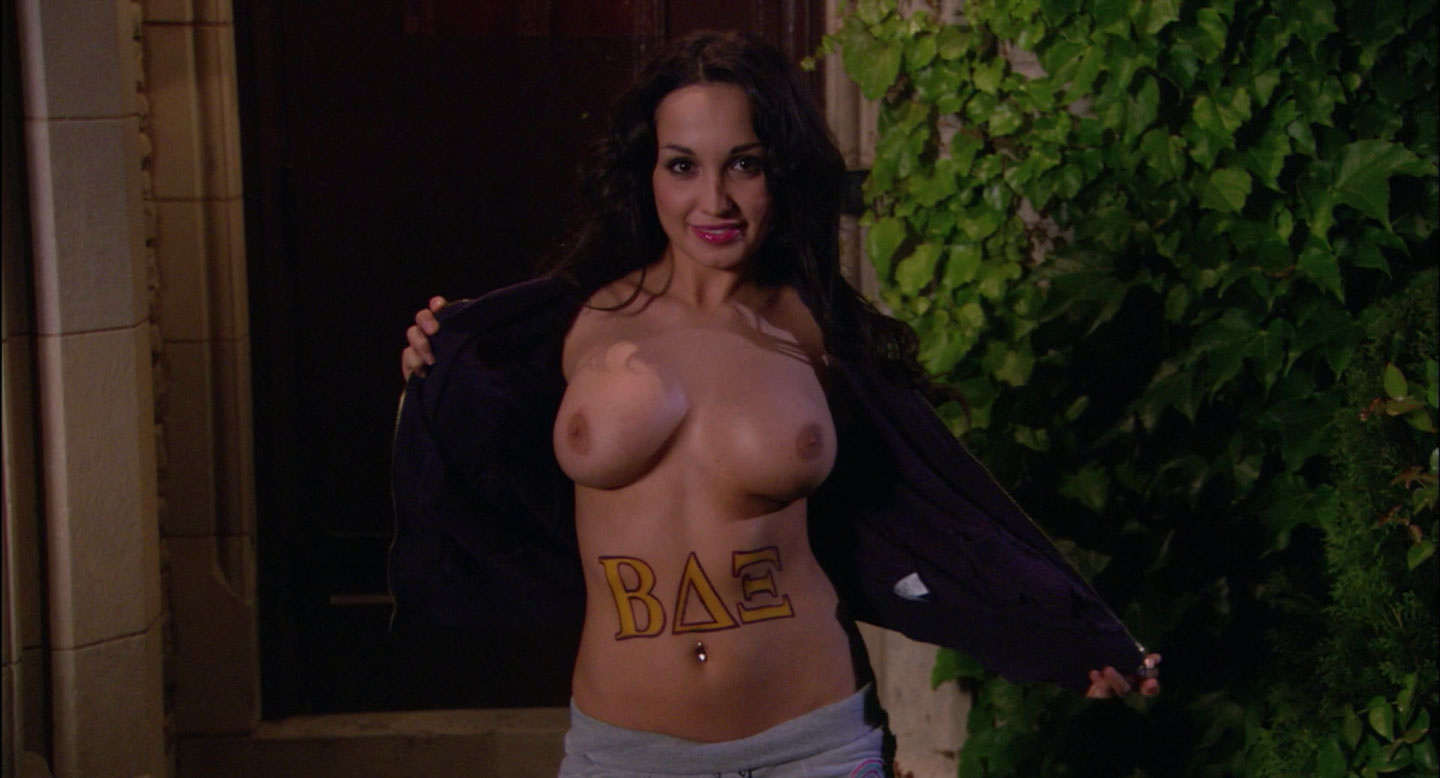 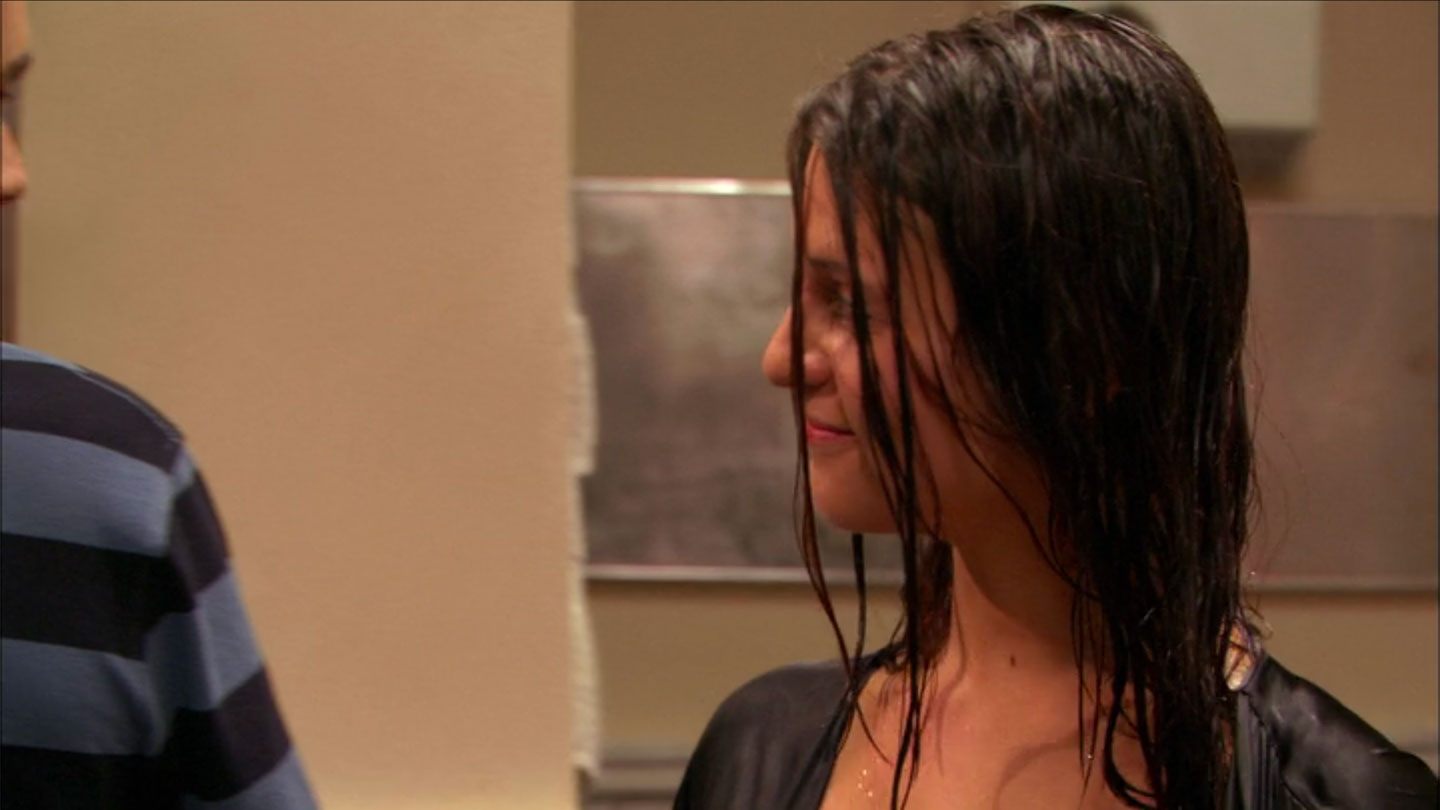 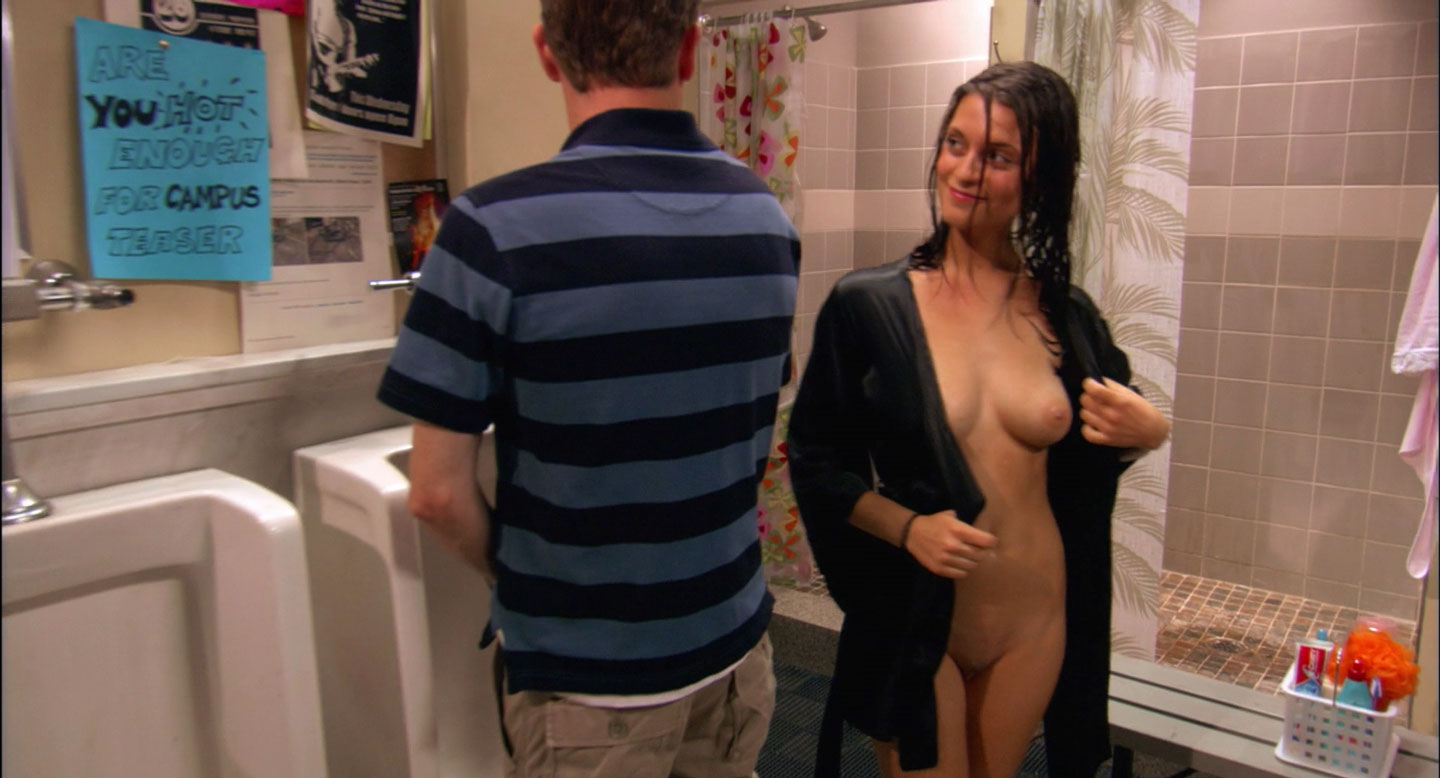 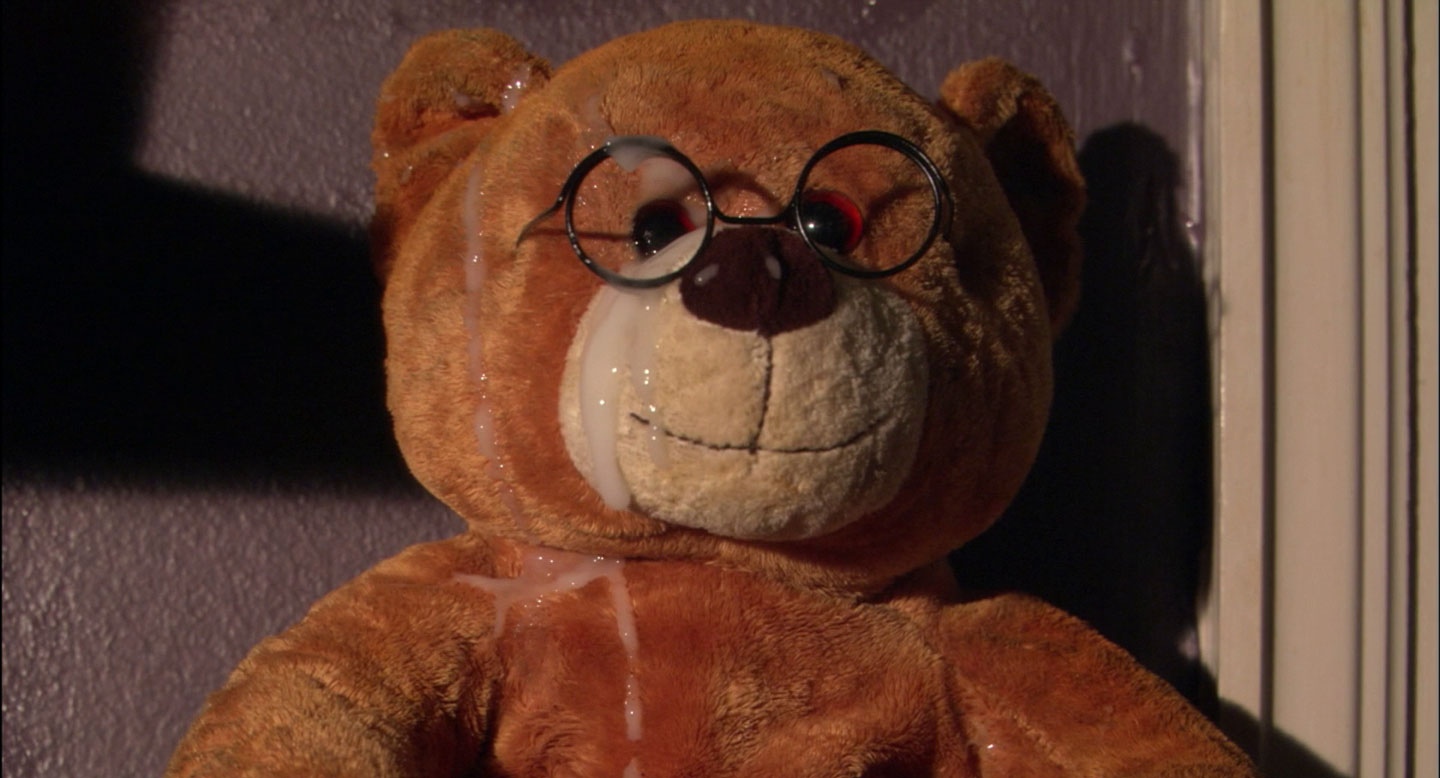 You’re probably wondering by now what the plot is. But if you have seen The Naked Mile you should realize that these movies don’t require any plot. Beta House is just a collection of sketches that together pretend to be something resembling an actual movie with a story. What is strange is how this movie almost retcons the previous movie.

The Naked Mile was all about Erik finding true love with Stacy and the finale had her ditching Trent and choosing for Erik. But when this movie opens Erik’s dad gives us an almost throwaway line about how Erik was dumped by Tracy in favor of Trent during the summer. It completely undoes the entire previous movie. In order to have a movie Erik needed to be single, but there could have been a better reason. 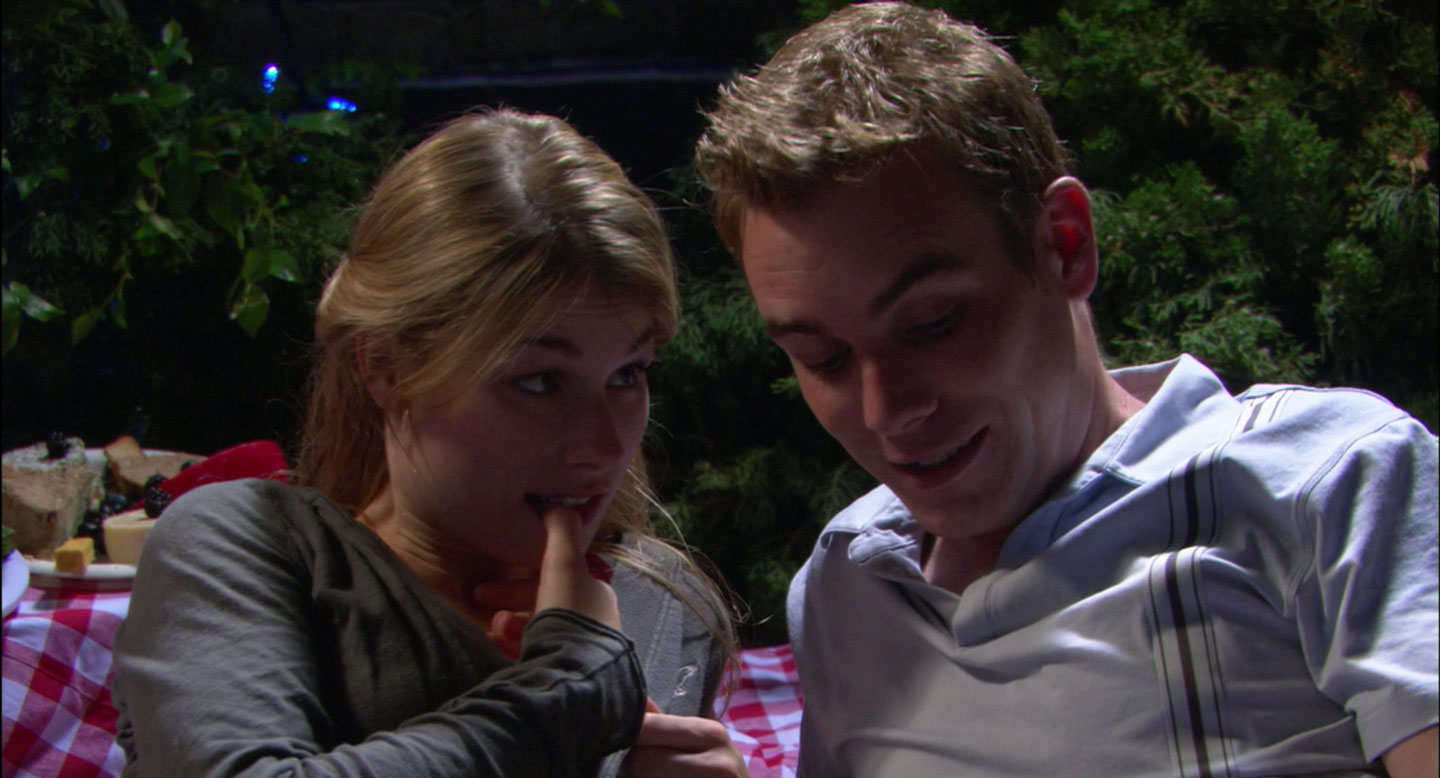 The first two thirds of Beta House mostly revolve around Erik and his two friends doing pledges. The final act suddenly shifts to the rivalry between The Beta House and another fraternity: the Geek House. It ends in a competition overseen by Beta House alumni Eugene Levy. By now the only consistent factor in the American Pie series.

In between scenes Erik is trying to hook up with one of the few girls who doesn’t walk around like she’s auditioning for a Girls Gone Wild video. His friend Cooz does so as well. Though throughout the movie questions arise about whether Cooz’ girl might actually be a guy. 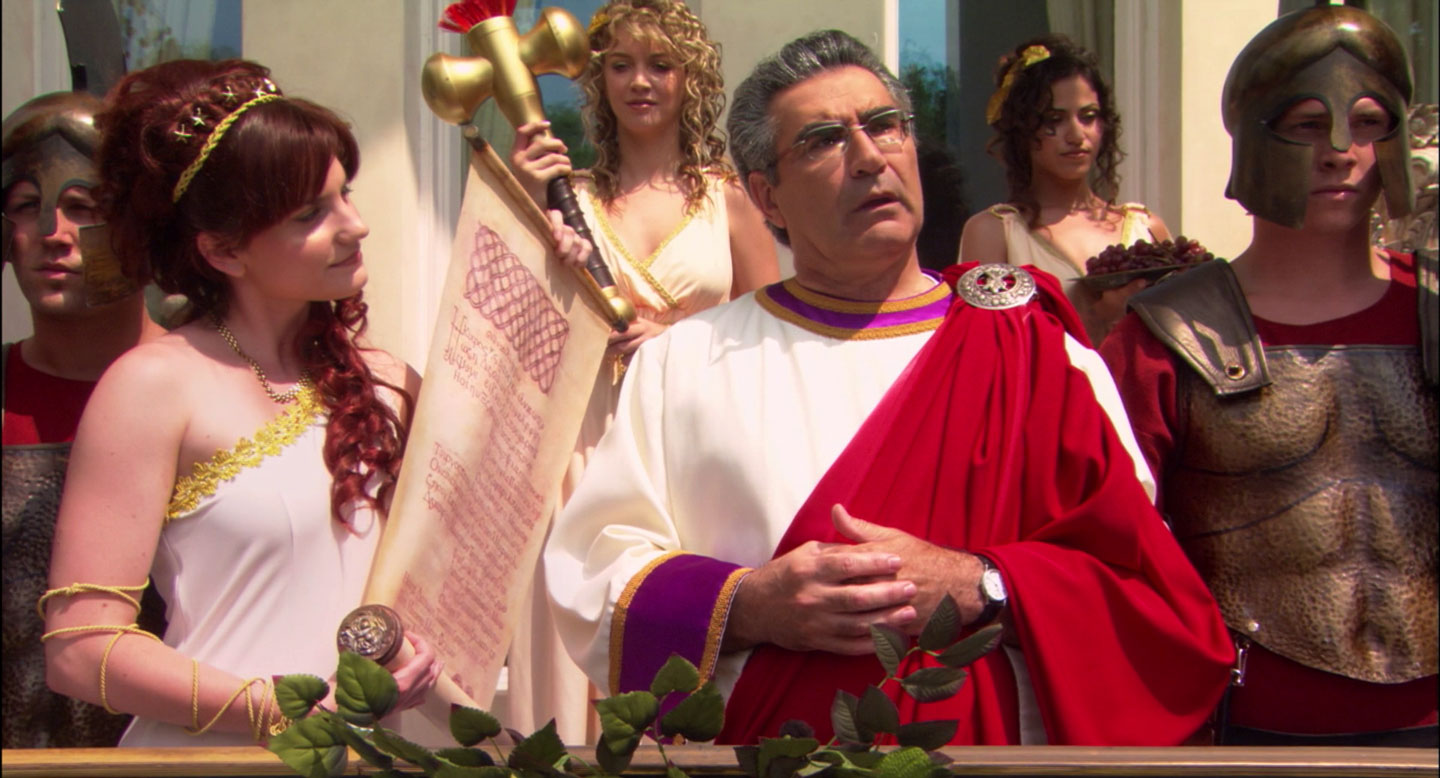 Like with all of these “American Pie Presents” movies, Beta House provides the occasional chuckle, a big laugh only once or twice and not much else. Would this movie have been made in the 90s the VHS version would have been used as jerk-off material by teenage boys. But with all of the tools available today it’s a just movie you put on on a Saturday evening with your friends while enjoying a couple of brewskies. It’s perfect audiovisual wallpaper. You don’t even have to pay attention. It’s just as forgettable as the previous installment anyway. I saw this movie only yesterday and already have a hard time remembering it.

I’ve seen the R-rated version on Netflix and I have to say that when comparing it to the Unrated version quite a lot has been left out. There is about a five minute difference in running time and that difference comes from excluded scenes containing nudity. Since this movie has not much else going for it I suggest you watch the Unrated version. If you want to watch it at all that is.