But Universal Studios still saw the series as something they could make money off. Their strategy: toss out most of the existing characters and create a low budget movie full of fresh faces and characters. Release this straight to video under the “American Pie Presents” banner to ride on the existing brand name and watch the money pour in. 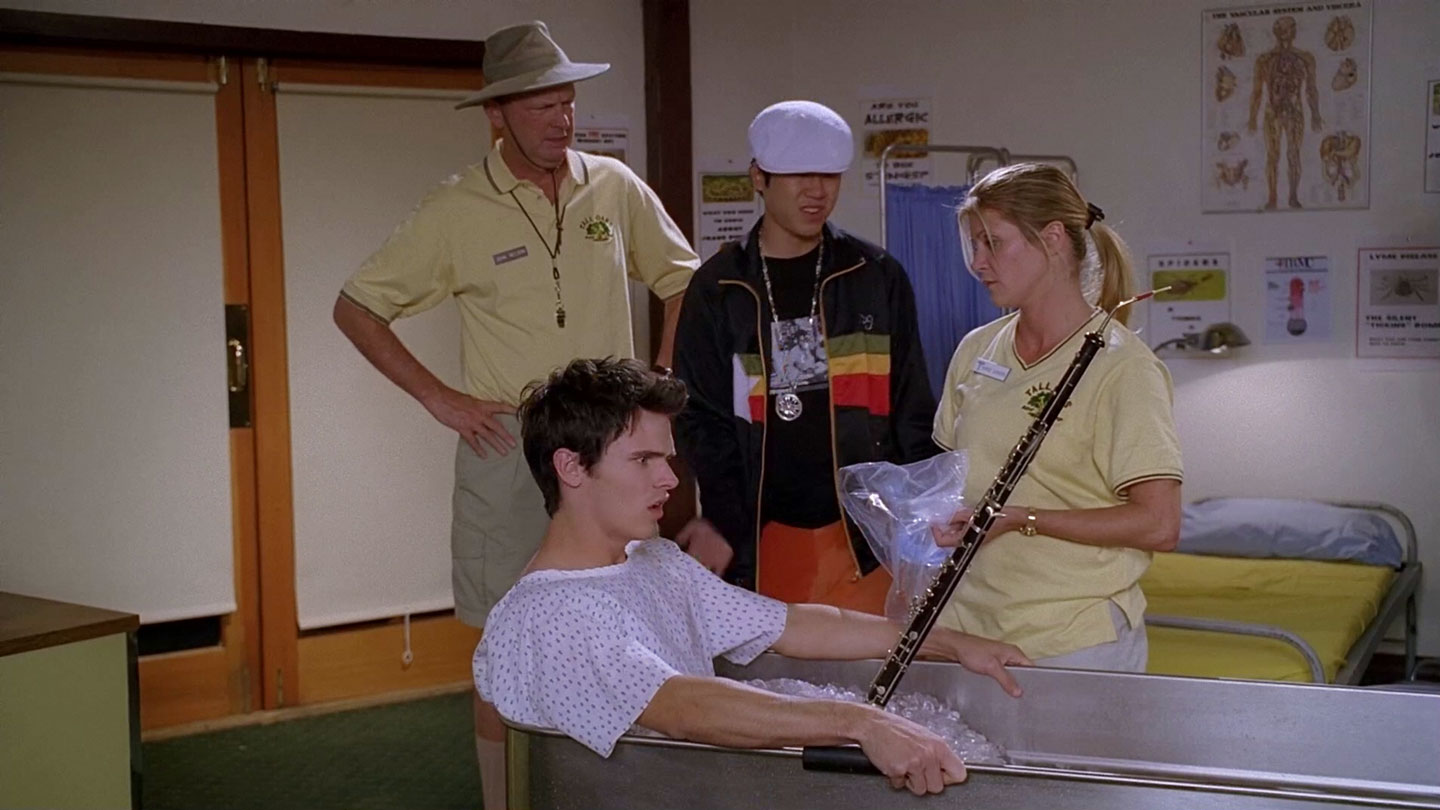 American Pie Presents: Band Camp is the first of four movies released between 2005 and 2009. All having nothing to do with Jim, Michelle and the rest of the gang. Well, almost nothing actually. Since Eugene Levy pops up in every movie he creates a consistent link to the original trilogy. Another standard trope would be the inclusion of a Steve Stifler relative. The character Seann William Scott made famous. In this case the movies revolves around Matt Stifler, his younger brother.

Matt already appeared in the first two movies, but in a rather small role. Now he’s the lead character and played by a different actor, Tad Hilgenbrink. Hilgenbrink does his best Steve Stifler imitation and even kind of looks like Seann William Scott. But he has a hard time filling those foot steps. Both the foot steps of the character, as well as in the movie itself. Matt tries to be his brother, but he is sometimes more like Jim. His shenanigans often back fire leaving him in embarrassing positions.

During the opening scene a prank he tries to pull on the school band goes wrong leaving him exposed, as in naked, in front of the audience. As punishment the guidance counselor sends him to Band Camp for the summer. Hence the title. 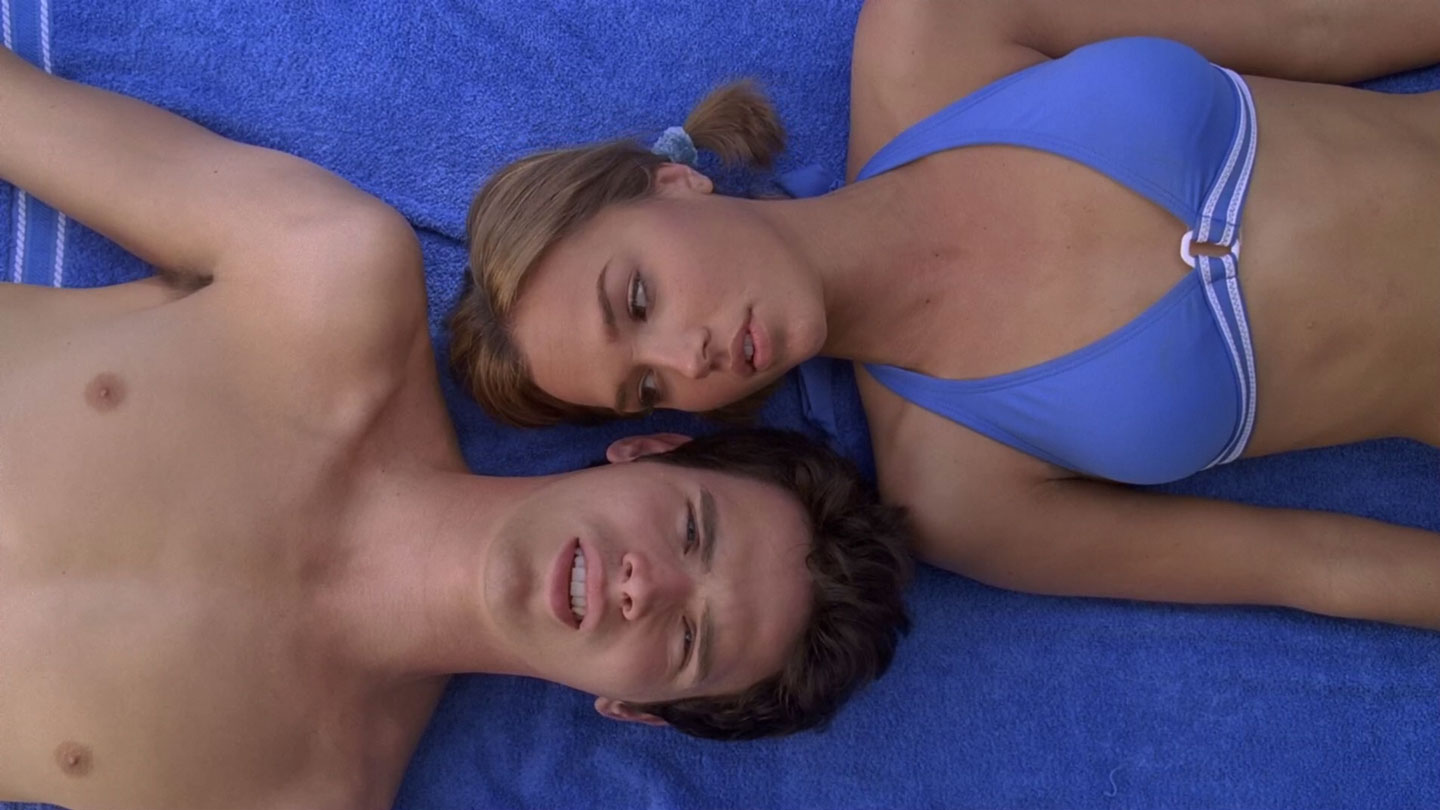 Taking a page out his big brother’s book and hearing the stories about this place, he decides to rig the camp with hidden cameras in order to obtain material to make a “Girls Gone Wild” like video. Something he learned from his brother Steve, who is apparently actually making these kinds of movies. But while doing so he actually starts to get closer to the girl he hates at the beginning of the movie, band leader Elyse. Those feelings are of course mutual as classic romantic comedy traditions dictate.

Of the four “American Pie Presents” movies, Band Camp is the closest one to the original series. This makes sense, since it’s the first spin-off. Eugene Levy as a guidance counselor at the camp has more screen time in this movie than he had in any of the previous movies. He provides a clear link to the American Pie universe and reveals that Jim and Michelle have just gotten a child. His importance to the plot is minimal, due to the fact he doesn’t have to deal with his son’s embarrassing antics any more. Also returning is The Sherminator. He is now a guidance counselor at the same school he was attending in the first movie. Aside from these two characters there are plenty of references to Steve as Matt is his brother. Other movies present more distant relatives of Stifler. 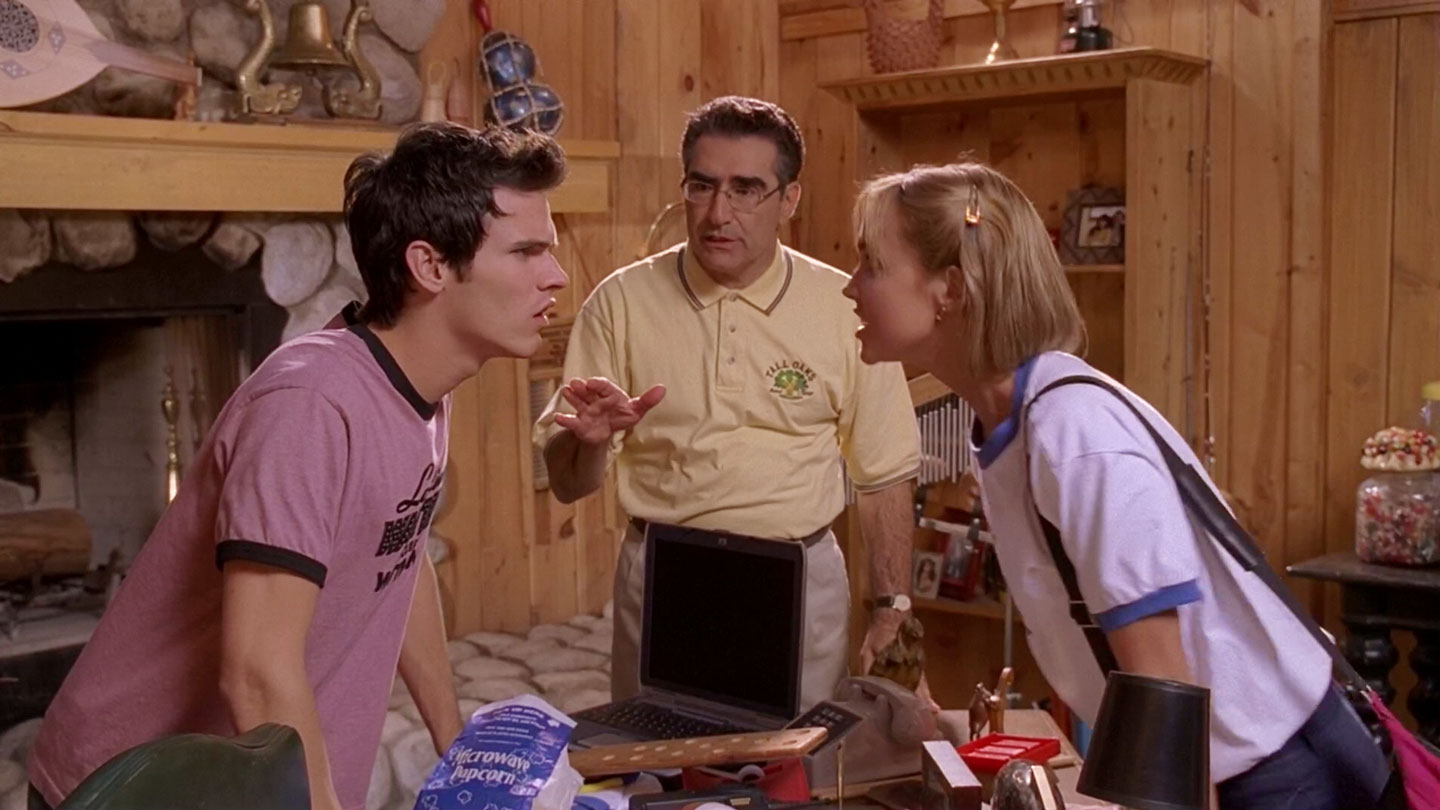 The main reason the original movies worked is because they had heart. Underneath all the raunchy jokes were a couple of well developed characters who you cared about at the end of the movie. The character of Stifler worked best in small doses. He was at his best when he was a supporting character. I found him to be the weakest part of American Wedding as it often seemed like it was the Steve Stifler Show. The biggest mistake Band Camp makes is making a Steve Stifler clone the lead character. He might be funny on occasion, but he’s never likeable.

This makes Band Camp a tedious experience to watch. There isn’t a moment you actually care for the character of Matt or his relation to Elyse. Elyse is a character who has to develop feelings for Steve, simply because the script requires her to. Never does this whole 180 degrees turnaround feel natural. As if one day of being nice, can erase years of being a dick. 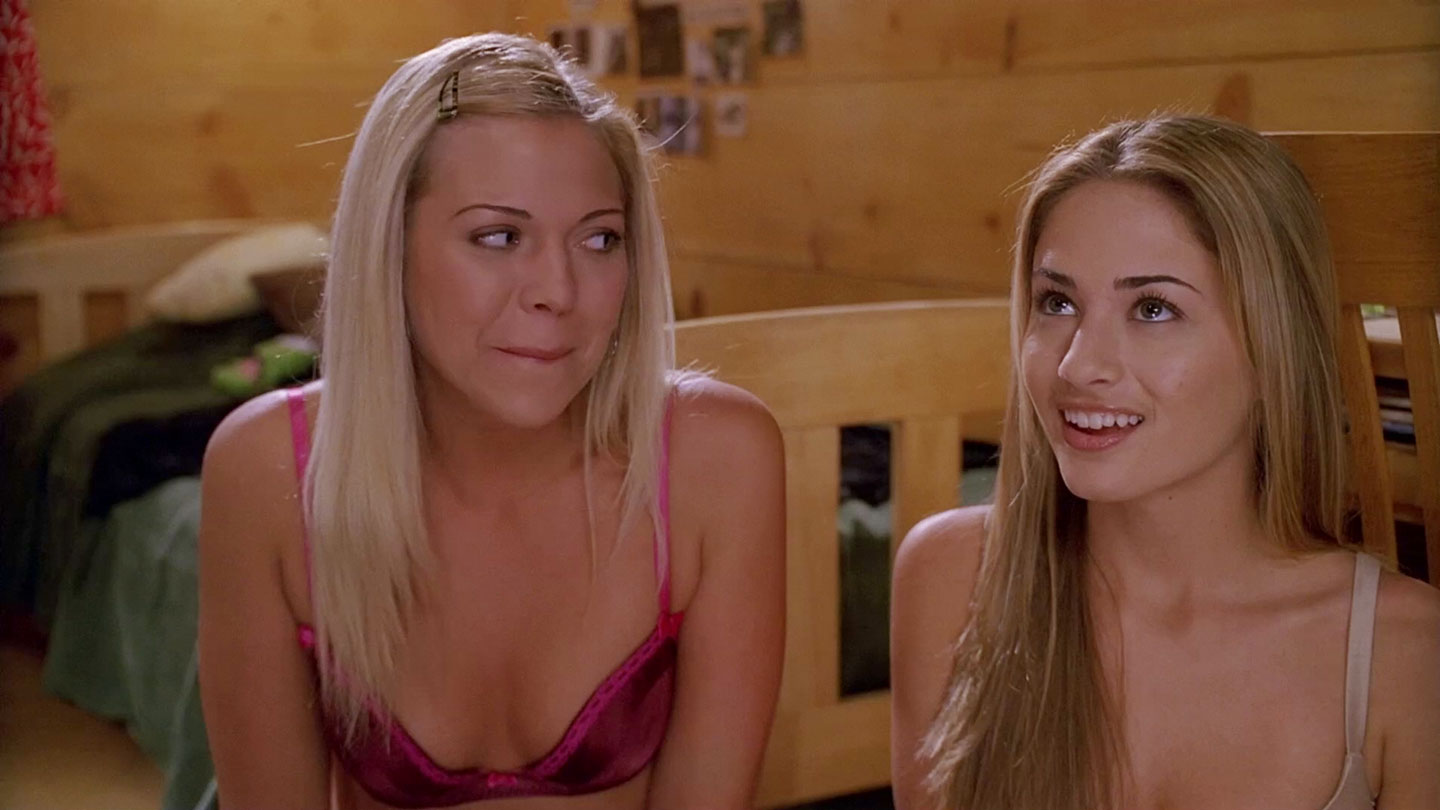 What we are left with are the jokes and there are a few that provide chuckle, but nothing hilarious. Oh and some nudity of course. They don’t slap “Unrated” on the cover if the movie doesn’t have some female frontal nudity in it. There’s sadly nothing remarkable in Band Camp in terms of nudity. Just a couple of boob shots here and there. Nothing memorable like Nadia in the first movie or the lesbian scene from the second. It’s funny how an unrated straight to video movie, is actually tamer when compared to its theatrically released R-rated predecessors.