American Pie 2 starts off one year after the first movie. The entire cast returns and has just finished their freshman year in college. Things have changed since last year though; Kevin and Vicky are no longer a couple but are just friends though he’s having a lot more trouble with that position than she is. Finch is completely into Tantra and has developed an obsession for Stifler’s mom after their night together. Oz and Heather are still together but must handle a long distance relationship as she’s going to Spain for the summer.

Jim’s first time with Michelle was also his last as the opening scene depicts when he’s engaging in friendly goodbye sex with another college student. It doesn’t matter that they never had friendly hello sex. But as is traditional in the American Pie movies, his parents walk in on them.

American Pie 2 is a sequel that has less of a story and relies more on the characters and the situations it puts them in. The little story it has revolves aroun them spending summer vacation in a beach house. In the meanwhile the characters have their own small story line, of which Jim is the biggest. He gets a call from Nadia, the one that got away as his father states, and hooks up with Michelle at band camp so she can teach him how to behave around and with women. Oz and Heather try to do some phone sex but get interrupted on more than one occasion. Finch just longs for Stifler’s mom who should be dropping by. Kevin has to deal with him and Vicky being broken up and hopes that they can get back together. 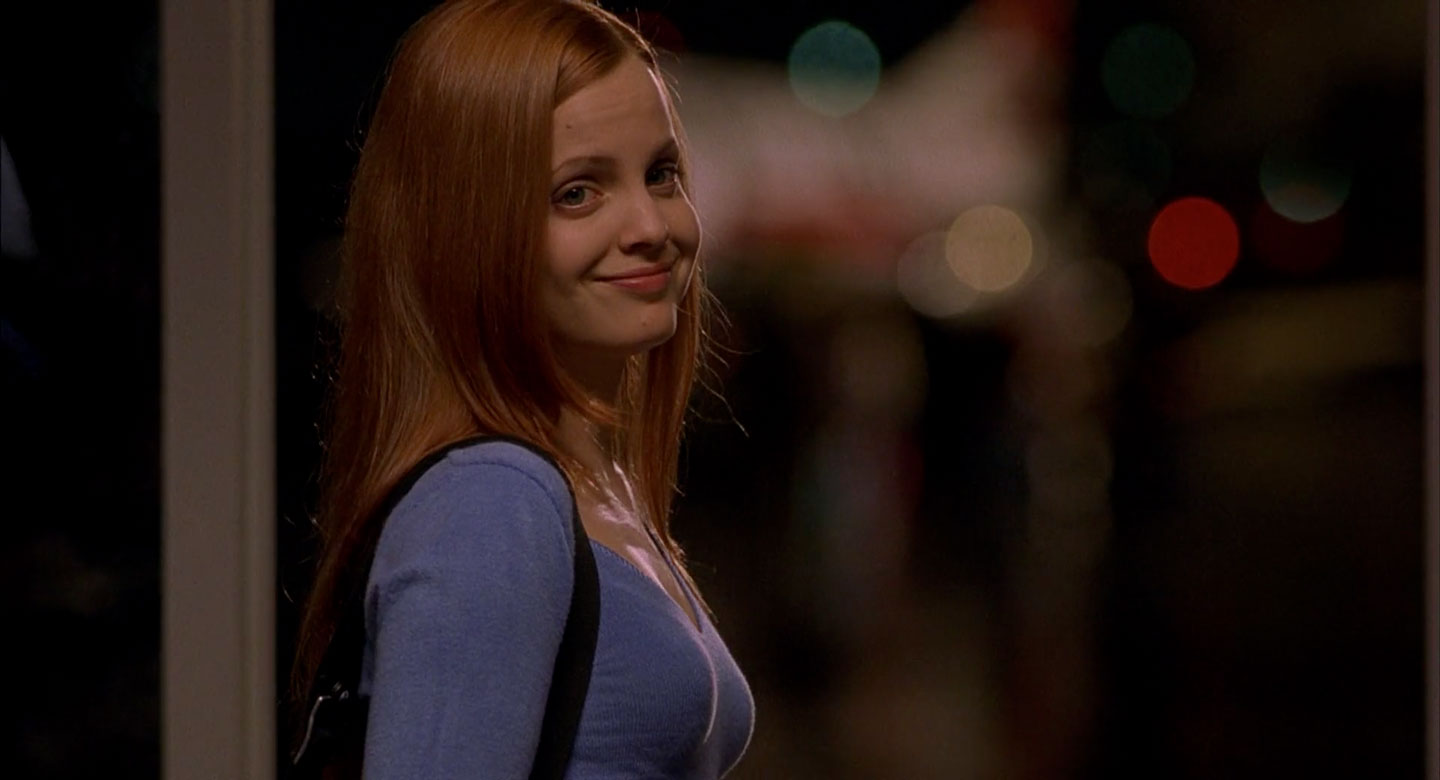 This sequel is basically the reason half the cast didn’t sign up for the third movie. While it’s great to see all these faces again half of the cast is given al lot less to do than in the original movie, especially the girls. This is of course completely justifiable as having a movie about horny teen males is rather difficult if these guys were all in healthy relationships. The only role which has been expanded this time is that of the ever charming Michelle, the band camp geek who calls Jim her bitch. Chris Klein as Oz has a small throwaway story line and his partner Heather (Mena Survari) only shows up in a scene or three. So do Nadia and Vicky. Even Kevin actually gets little to do. The movie mostly centers on Jim, Michelle, Stifler and Finch though the latter two also don’t have a real story line, but rather serve for comedic purposes. 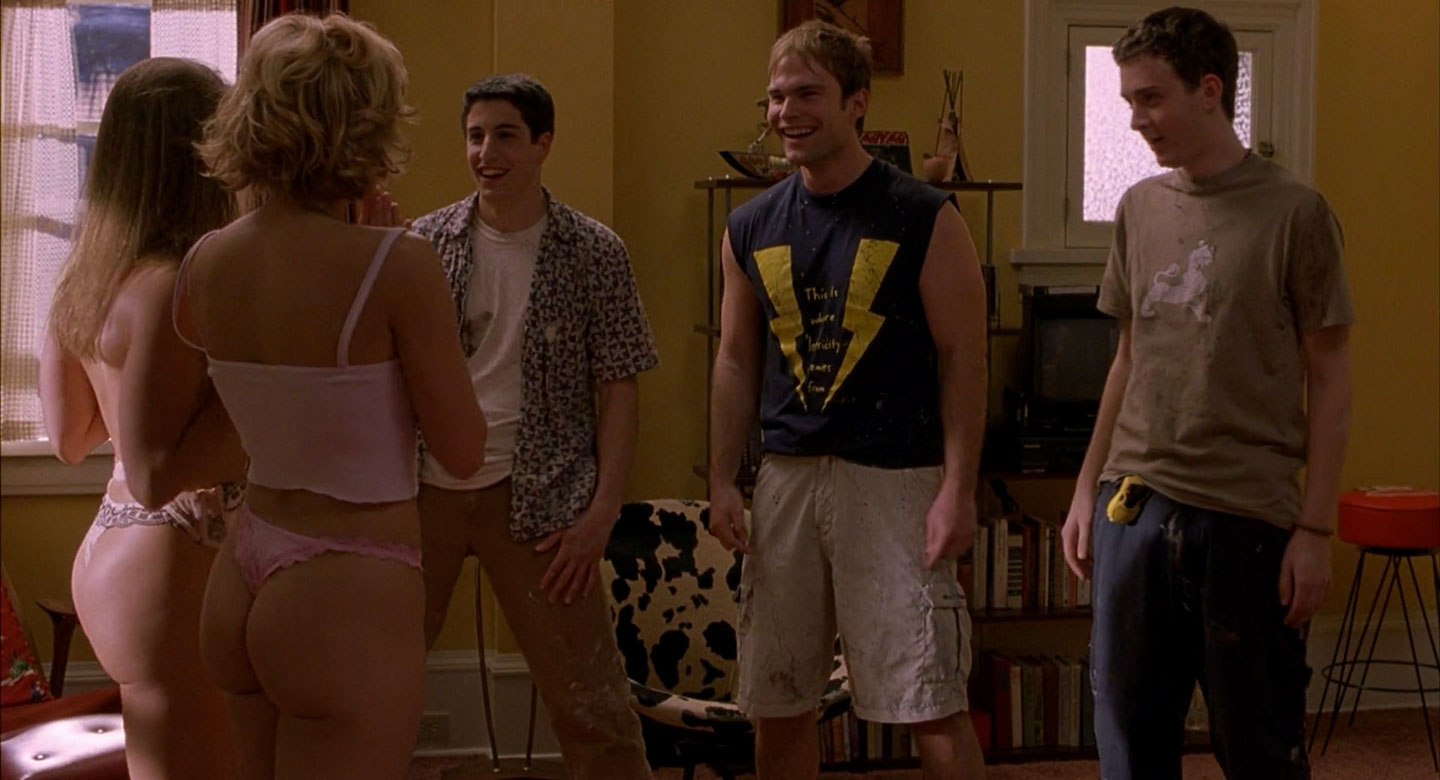 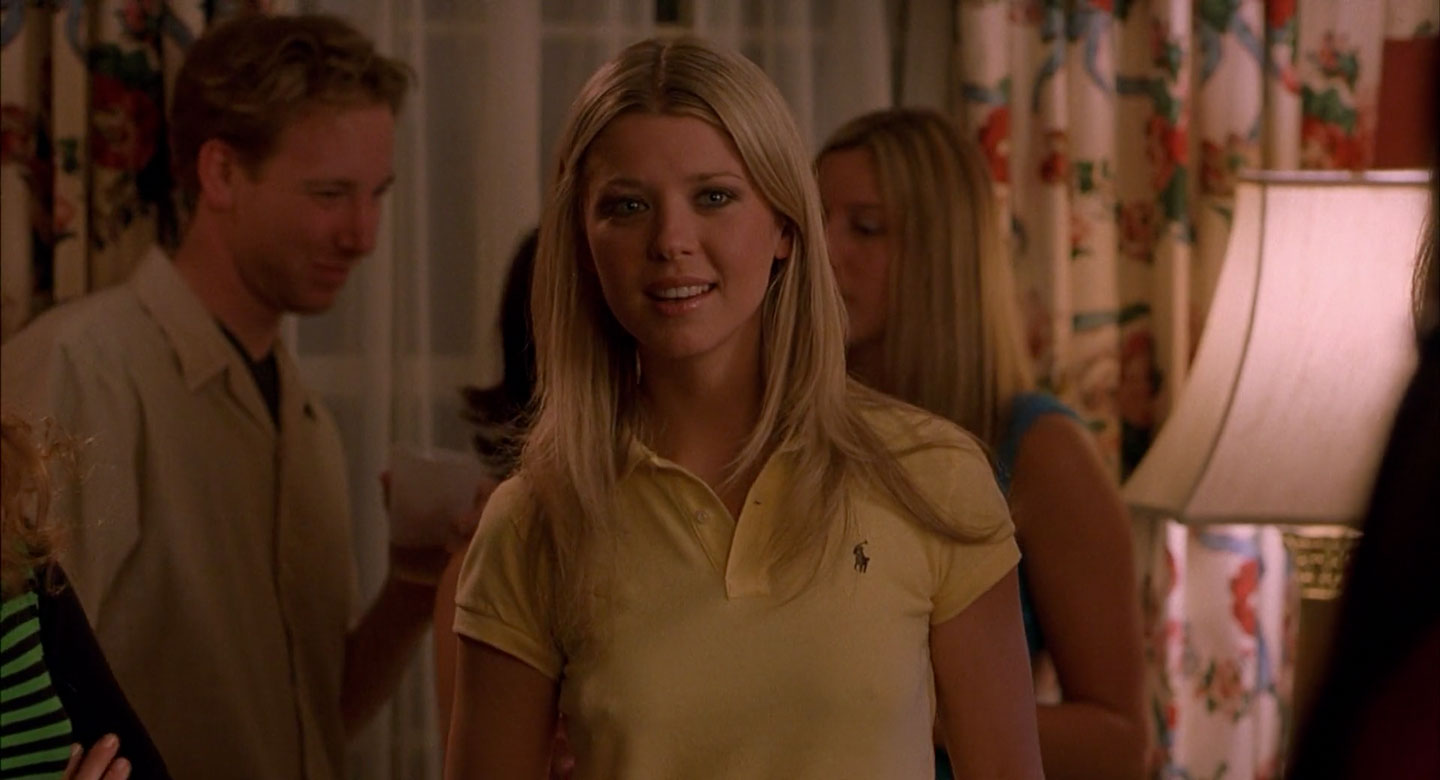 Once again there is a certain sweetness to the movie you would regularly not expect in a raunchy teen comedy. Especially the story arc of Jim and Michelle. Which would also serve as the entire basis for the next movie. But this is American Pie and these are people I care about even if they are in the movie for 5 minutes max.