A Nightmare in Elm Street 4 is an important movie in the Nightmare franchise. Not only is is the highest grossing Elm Street movie, it’s also the movie that firmly placed Freddy in mainstream pop culture by turning him completely in a stand-up comedian for whom we root, and who isn’t even remotely scary. The dream sequences themselves have also been changed. They shy away from the gritty scenes we know from the previous movies, and most of them are either neon lit or taking place in broad daylight. Freddy on a sunny beach? Check!

Directed by hit and miss director Renny Harlin, who would go on to do big budget movies, A Nightmare on Elm Street 4: The Dream Master is a light-horror movie which boast some beautiful visuals, but lacks in tension. 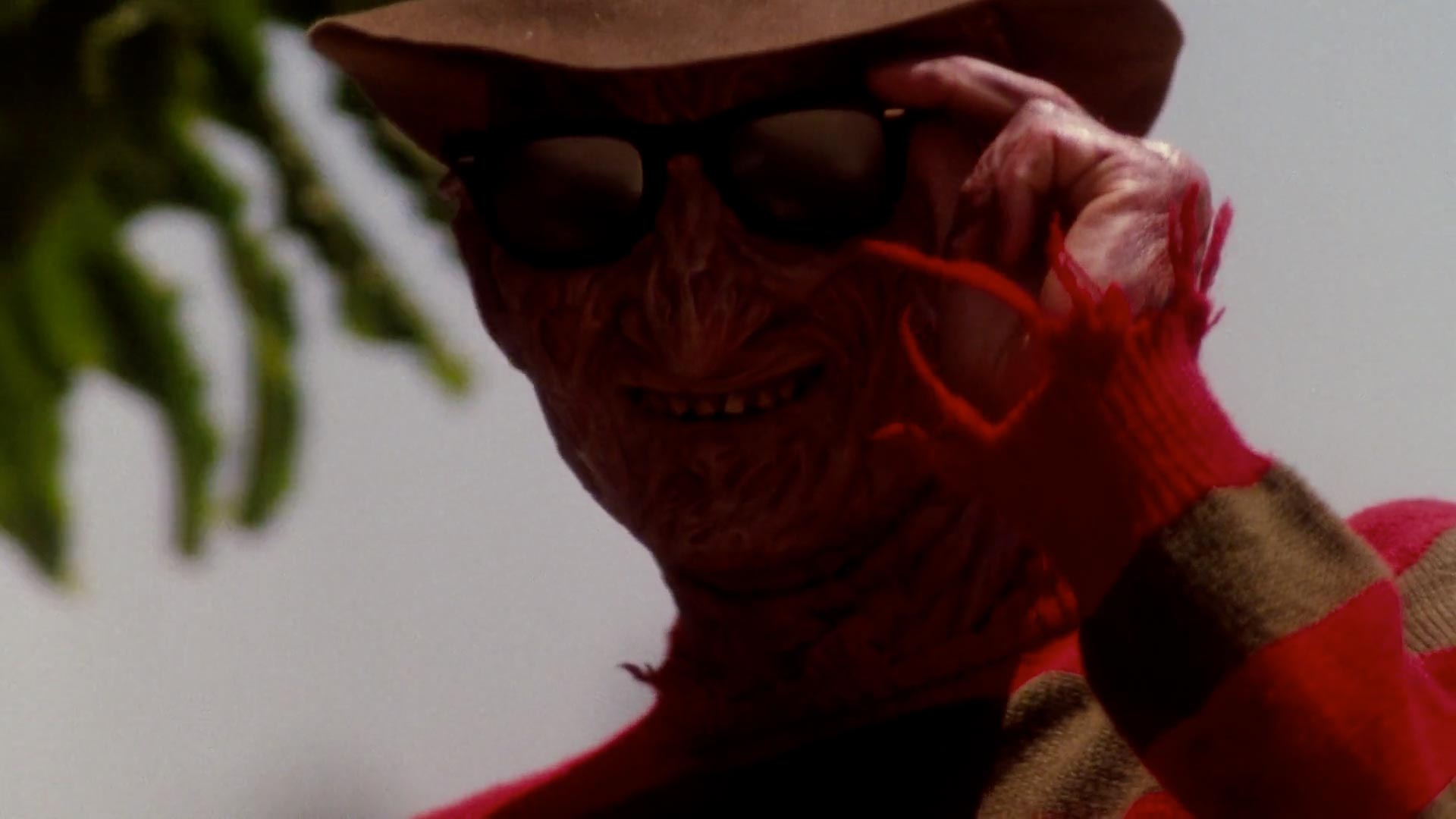 The movie focusses on the survivors of the previous movie, Joey, Kincaid and Kristen (now played by Tuesday Knight) and how they cope with the aftermath. Not all that good actually; Joey and Kincaid have moved on, but Kristen is not so sure Freddy is really dead. Long story short, it turns out Kristen was right after Kincaid’s dog resurrects him by pissing fire on Freddy’s junkyard grave in his dream. It doesn’t make all that sense, but it does give us one of the finer scenes in the movie with all the cars coming to life. Now that Freddy’s back he can kill the surviving Elm Street kids so he can retire. And in true slasher movie fashion (Rule #13: first kill the survivors from the previous movie, then move on to a new set of fresh meat) he so succeeds, but not before Kristen’s friend Alice gains her pull-people-into-your-dream-power giving Freddy a window to some new kids on the block.

The Dream Master is a step down from the excellent part 3. It takes the tone set in that movie and throws it into overdrive, though honestly; compared to parts 5 and 6 Freddy’s still restrained. This movie really chooses style over substance and has Freddy be super chatty in brightly colored dream sequences. Instead of some snarky little one liner here and there, he basically is a non-stop juke box of one-liners, some meant to be funny, other to be fright inducing. The characters are less inventive this time around. It’s just a bunch of basic high school students each representing a stereo type (The bookworm, the jock, the hot babe, etc). 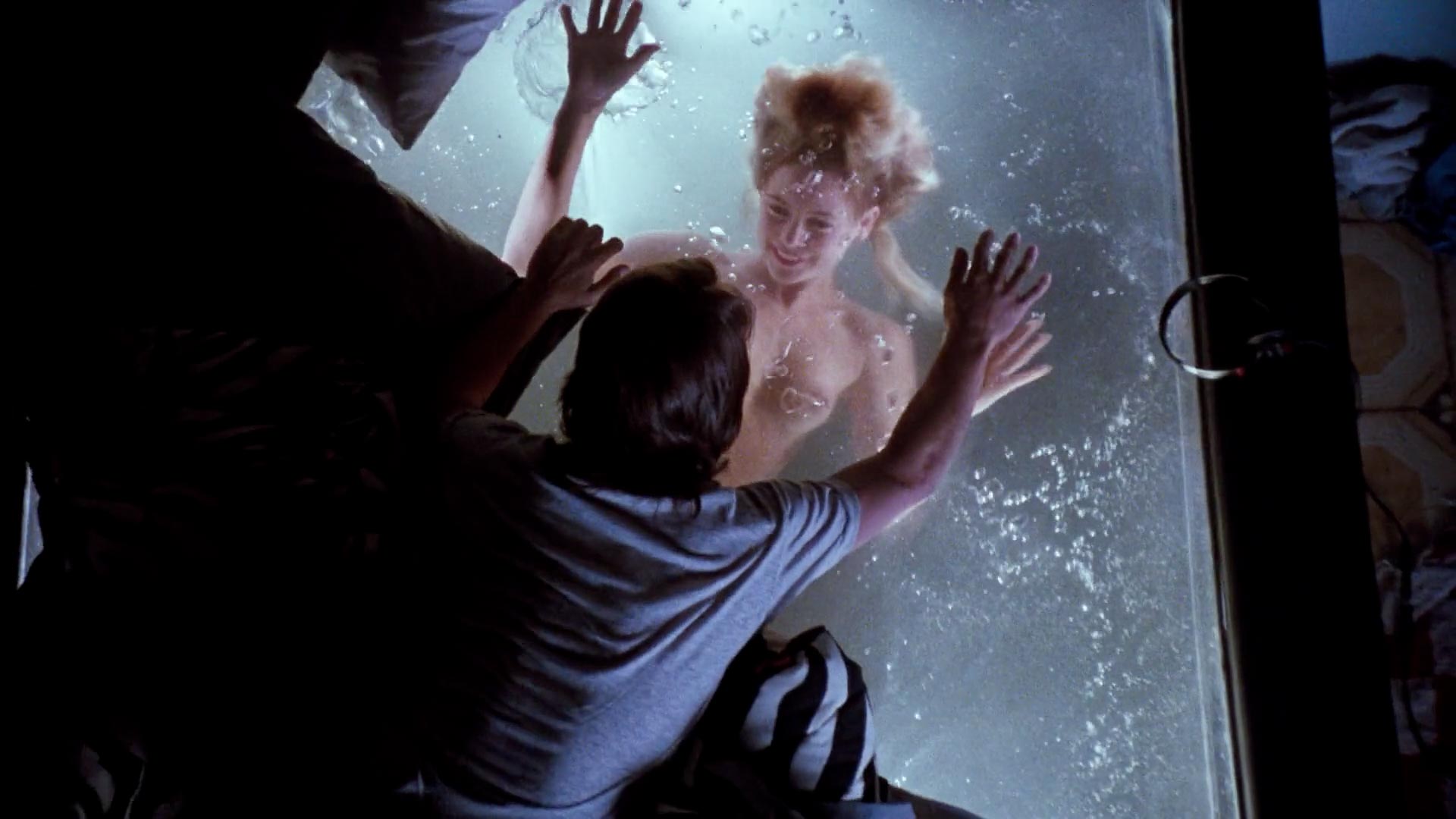 Some of the dreams are imaginative and quite neatly done. The junkyard, roach motel and cinema scene are clearly thought out pretty good. Others are less imaginative and some scenes even hardly makes sense, like the scene where Alice and Dan get stuck in a time loop. That’s one of the other problems in this movie. They probably had some difficulty of creating a story that would seamlessly fit the whole mythology. They don’t explore Krueger’s back story further, but they do go to great lengths to justify Freddy being able to kill other children besides the Elm Street children. Strange, because though he was after these kids, never was it stated he couldn’t touch any other sleeping kid. Another thing that didn’t make sense: at one point Freddy attacks Debby, who when we last saw her was awake and when Freddy attacks her is seemingly still awake. As far as I can tell people have to be asleep before Kristen/Alice can pull them in.

The Dream Master also takes the Rocky IV route. The majority of scenes is accompanied by an 80’s pop tune, and there are even two training montages! Too bad they didn’t feature a really catchy song like “Eye of the Tiger”.

This movie is a mixed bag. It’s entertaining, Freddy’s got some good one liners but in the end you can hardly call this a horror movie any more, even though it has some pretty gruesome scenes. What it boosts in visuals, it lacks in story.

A Nightmare on Elm Street 4: The Dream Master