After the financial success, but critical failure of part 2 writer Wes Craven returns to create the definitive template of A Nightmare on Elm Street movie. Teens with fantasy filled nightmares who’re slaughtered one after another by a one liner spouting Freddy Krueger. What makes this movie above average is that it feels like a natural sequel to the first movie, instead of the rather contrived part 2 which only deals with the first movie by mentioning Nancy. In part 3 Nancy, as well as her father, return to deal with Freddy once more resulting in some of the best scenes in the movie. I loved the look on the Freddy-snake when he sees Nancy has returned and says in disdain “You…” Hellbound: Hellraiser 2 would do the same with the character of Kirsty when she meets the Cenobites for the second time.

Elm Street relocates itself to a mental institute where a couple of kids are staying because they are apparently a menace to themselves. These kids turn out to be the last of the Elm Street kids and are all haunted by Freddy in their dreams. To keep the story from repeating the first movie Nancy returns as a graduated expert on dreams and takes these kids under her wings. Other personnel disprove of her methods and theories even though she’s the only one actually getting somewhere with these kids. At one point she does get one doctor on her side, but only after he encounters Freddy himself in a dream. One of the gimmicks of this movie is that the main character Kristen can pull other people into her dream when they’re asleep as well. At first she does this with Nancy, but halfway throughout the movie she gives a whole new dimension to group therapy. 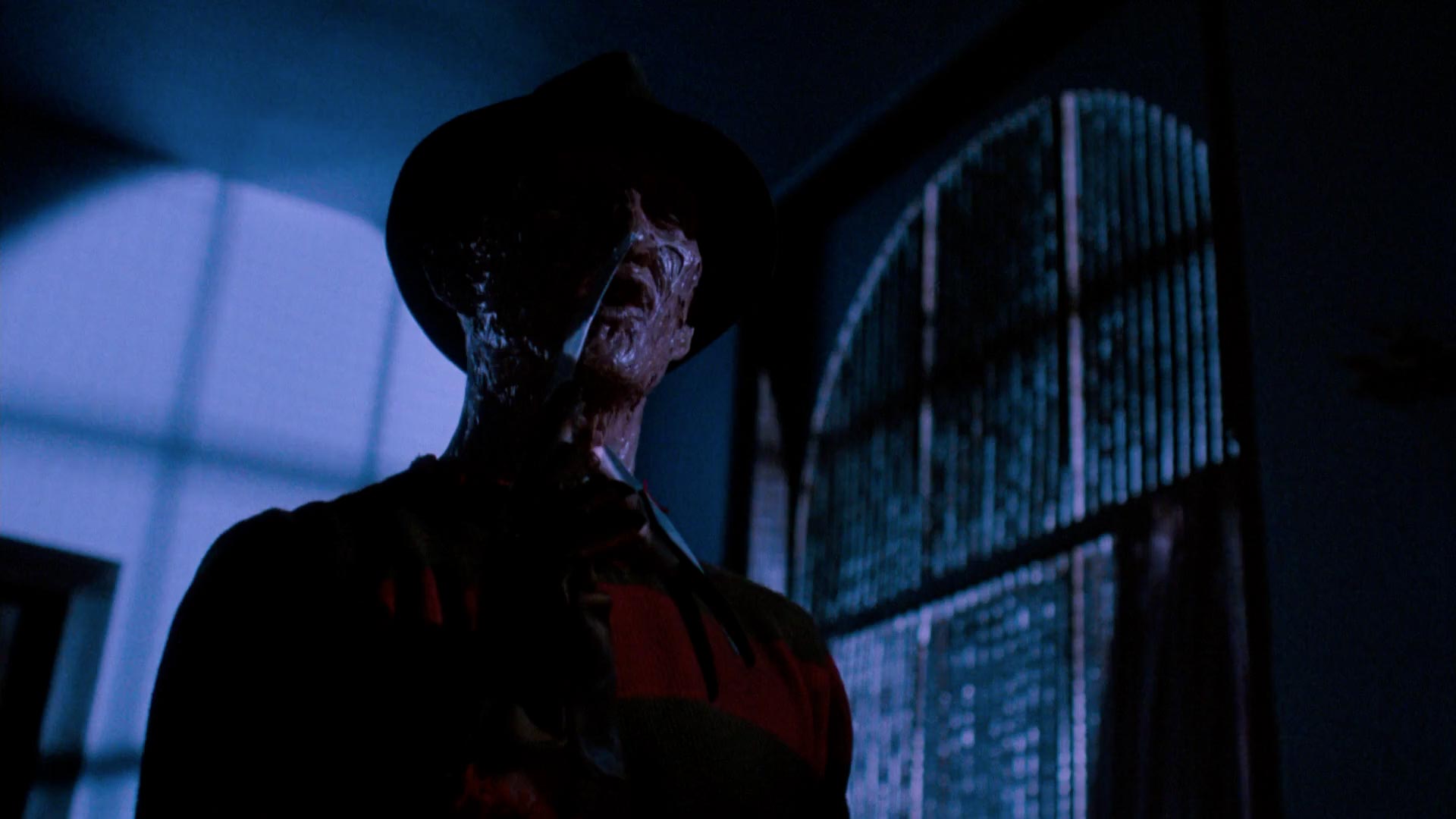 A Nightmare on Elm Street 3 creates a perfect blend of black comedy and horror. At this point there was hardly any mystery left to Freddy’s look so he’s out there more. This is also the first movie where he has one liners when killing kids and the dream worlds are thematic to the person having them. The horny mute kid is seduced by a sexy nurse and tied to a bed with tongues, a teen who likes to creates puppets is killed when Freddy seemingly controls him like a puppet on a string. There are a lot of memorable images and sequences in this movie. I loved the Freddy snake as well as the syringes for fingers Freddy at one point has. Released in 1987 the effects vary from still pretty good, to weak. Especially the stop motion scenes with the puppet and the skeleton look dated.

I’ve always found that the first movie, this one and New Nightmare together form a nice trilogy. It has returning characters throughout all three movies and they make sense when looked at as a trilogy.

A Nightmare on Elm Street 3 is the best sequel of the whole series. It creates the pop-culture Freddy as we all know him, without becoming the funny-man he would become later. He’s still scary here, and his one-liners have a mean streak. The only weak point here are some of the dated special effects, but that’s a problem most horror movies from those days have. Over 20 years some reviewer will probably bitch about all the crappy CG-effects of today’s horror movies.